Well, not exactly, but that’s what I thought of when I saw the driving range at the country club golf course getting all spiffied up and ready for the outdoor concert to be held on Saturday, July 22. And I watched the whole thing transpire since it was pretty much taking place in our front yard since we live right behind the country club, and I wandered in and out all day and into the night just walking across the road from our house to the golf course. 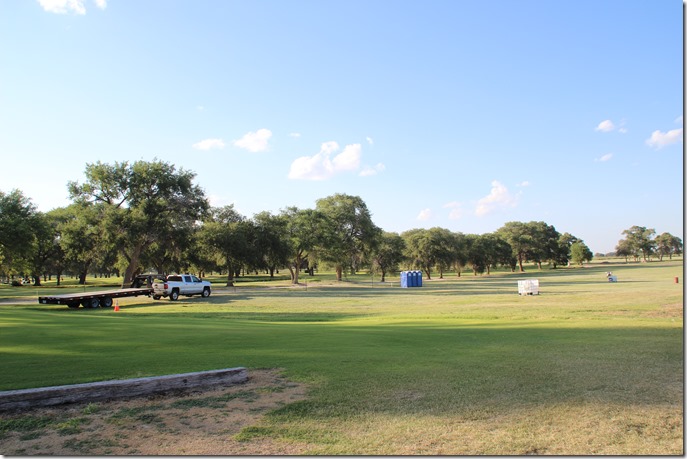 The idea to bring back Mule Days, to put the spotlight on Muleshoe, bring people into town, have a golf tournament, activities for the kids, raise money for a charity, stimulate the economy, and have some fun along with it had been on the minds of Jackson Myers, Colt Ellis, and Jackie Claborn for a couple of years. This year, with the help of John Saylor and city manager LeeAnn Gallman, the first step to making that all happen came in the form of an outdoor concert featuring what has come to be known as Texas country music with Callahan Divide for the opening act and William Clark Green as the headliner. 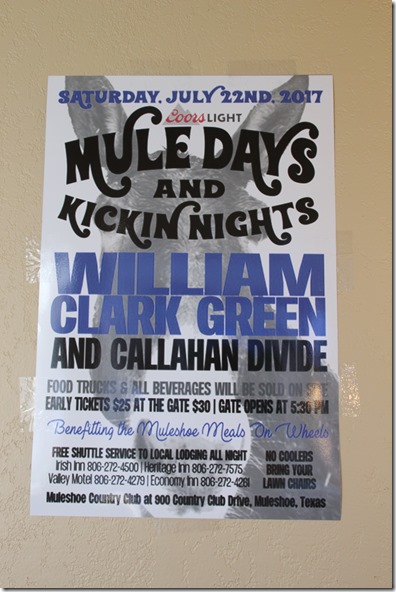 After presenting the idea to the Muleshoe Country Club board and getting their approval and commitment to the project, the Muleshoe City Council awarded the group seed money of $30,000 from the city’s hotel and motel tax fund to get things started. It was determined that half of the proceeds would go to the country club and half would be donated to Muleshoe Meals on Wheels. Since the seed money came from the hotel and motel tax, the committee would provide shuttle service to guests coming to the concert and lodging in our hotels.  Local businesses were generous in helping sponsor the event along with corporate sponsor Coors Light, which included Scott Kline, Dale Oil Company, Ag Aviation Inc. Southwest Dairy Farmers, Henthorn Commercial Construction, CarQuest and Mohawk Auto Parts, Tommy’s Truck Sales, Lubbock Truck Sales Inc., Capital Farm Credit, Shipman’s Body Shop Inc., K&K Pharmacy, Leal’s, Acme Electric Company, Ellis Funeral Homes, Farm Bureau Insurance, and United Supermarkets. UDA also provided large trash containers. 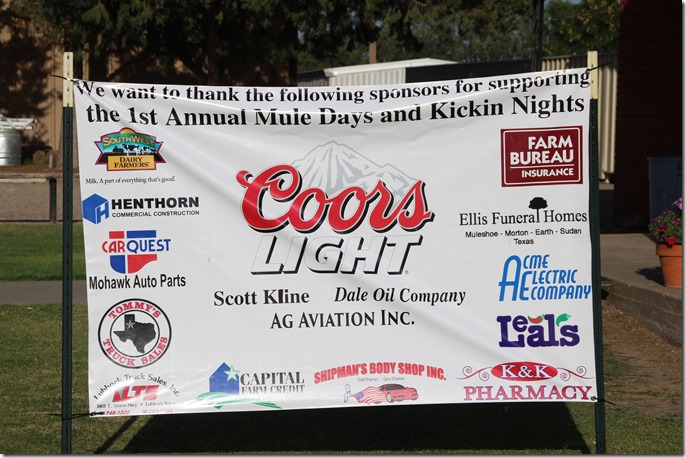 Food trucks were invited to come, so the club’s restaurant was closed, but the bar would be open. Coors, of course, had the beer concession on the grounds. At first Jackie Claborn said they had a little trouble getting commitments from food trucks, but in the end had to turn down ten others who wanted to come. Those who did come included Rolo’s Roasted Corn from Muleshoe, Xtreme Ice Snowcones from Earth, and J&D Barbecue, Raider Burrito, Blue Oasis Ice Cream, all from Lubbock. Leal’s catered a meal to both bands before the show.

Local sponsors were also generous in purchasing around 90 tickets to be given away on three area FM radio stations: 105.9 in Clovis; 105.3 in Lubbock, and 107.1 in Amarillo. Early ticket sales were good; the chamber and the city sold around 600 and committee members sold some as well. By the end of the night, it was estimated that the crowd numbered around 1,000 people. The money, as I write this, is being counted and the amount will be known later in the week. 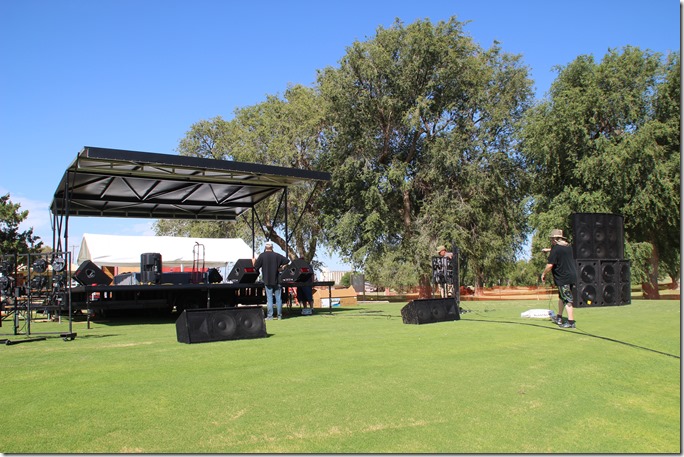 Mobile Stage & Sound out of Amarillo began setting up the stage at 6:45 Saturday morning. They were busy at work when we took the dogs on their morning walk at the golf course. By 11 o’clock I think they had finished.

The gate-keepers were ready at 5:30 to sell and take tickets. 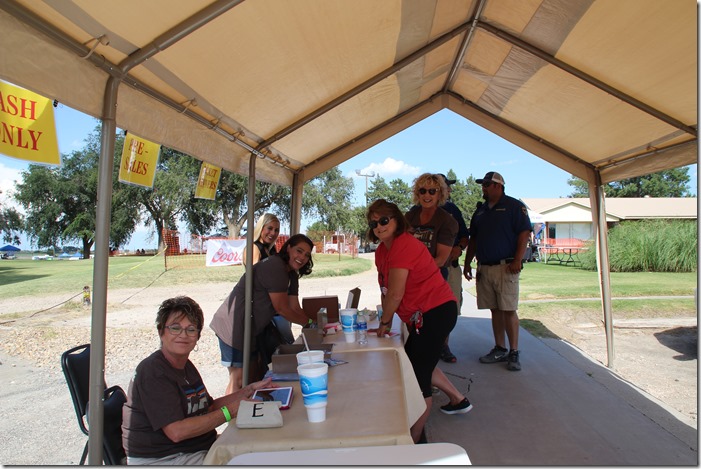 The opening band was to play at 7:30, followed by the headliner at 9:00. Chamber of Commerce manager Kaci Morris and Kasey Coker, director of the city economic development board, set up shop to sell t-shirts for the event with those proceeds going to the Chamber of Commerce.  The two bands were also allowed a vendor spot for their products. 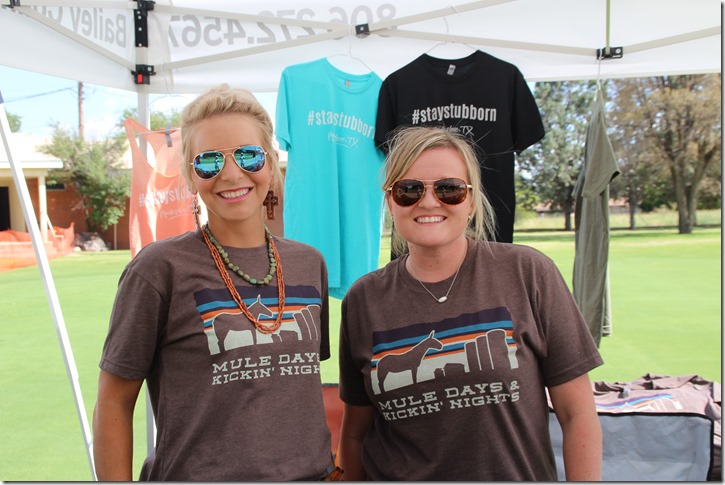 I saw many familiar faces, like Weldon and April Smith who shared a chair with me, but young faces and out-of-towners were definitely in attendance. 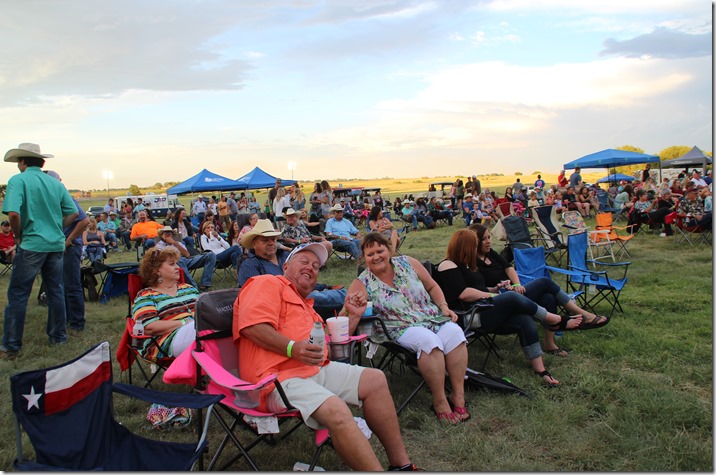 Members of the Bailey County Sheriff’s Department and the Muleshoe Police Department were on hand to keep the peace and handle parking, and both EMS ambulances were on hand just in case there was need. Scores of country club members volunteered all day and into the night to keep things running smoothly,

And run smoothly, things did, but no one could control the brief rainy spell that hit about 7:30. People took cover and by around 8:30 Abilene-based band Callahan Divide took the stage and played till 9:45. I suspect their music was a bit more on the rock&roll side than Texas country, but they were entertaining. 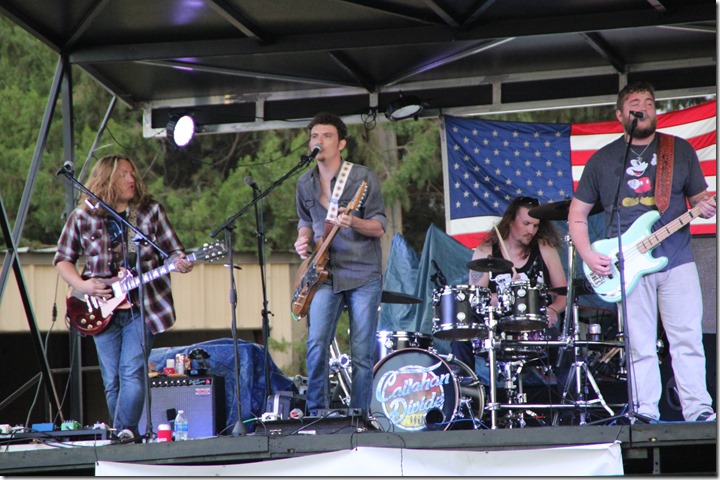 The crowd watched the storm’s lightning show as it moved to the south while Callahan Divide performed. After they exited the stage, we were asked by Scott Miller to stand for the National Anthem to be sung by Muleshoe resident Michelle Young, who did a bang-up job a cappella, and which ended with a short but effective fireworks display that was unexpected but fun. 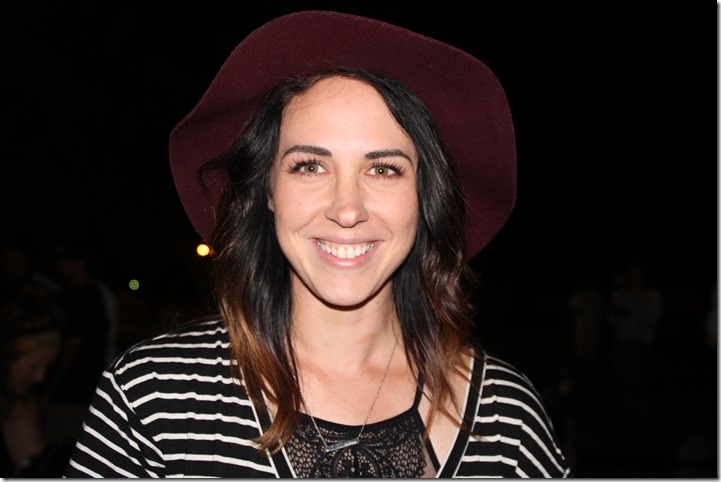 When headliner William Clark Green took the stage, the crowd filled the grassy area right in front of the stage for the full concert experience. Many also danced on the grass behind the fans who continued to stand. Green, who is from East Texas, found his niche in Lubbock and is popular in this area and all over Texas, I was told, and is a good example of the Texas country music genre. it was obvious that he was probably the main reason most tickets holders came to the concert. 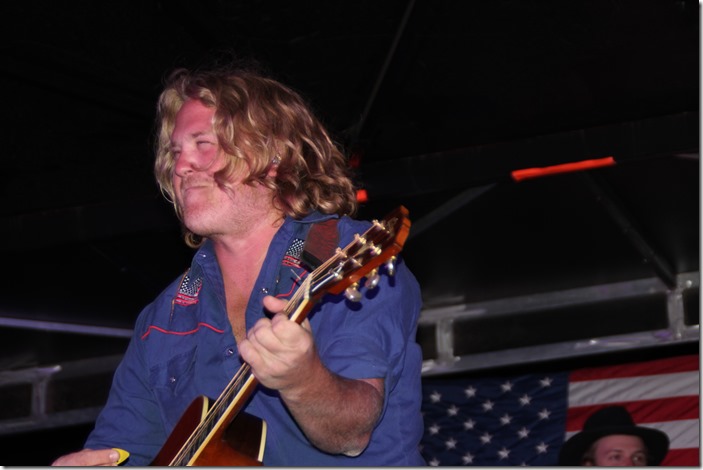 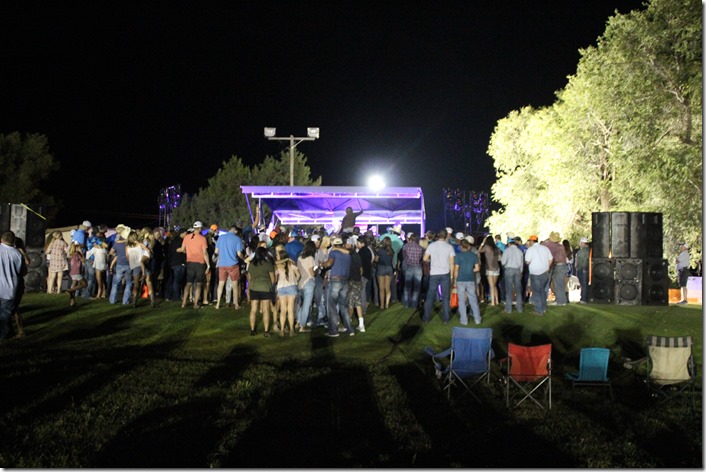 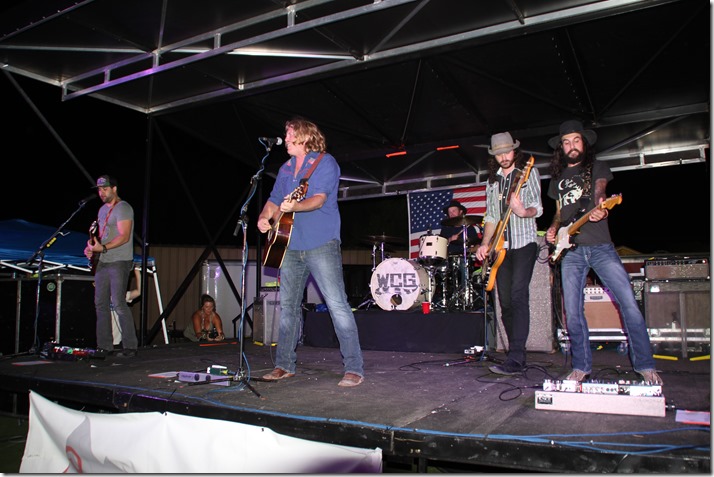 Based on the fact that ticket sales were good, no fights broke out, everyone-as far as we know- made it home safely, the three minors who managed to get the wrong color wrist band were apprehended and given the non-alcoholic colored ones, EMS didn’t have to treat anyone, the economy was stimulated, and the rain didn’t chase anyone off, I think the first annual Mule Days and Kickin’ NIghts was a success. Perhaps next year another event will be added. Something to look forward to in the future. 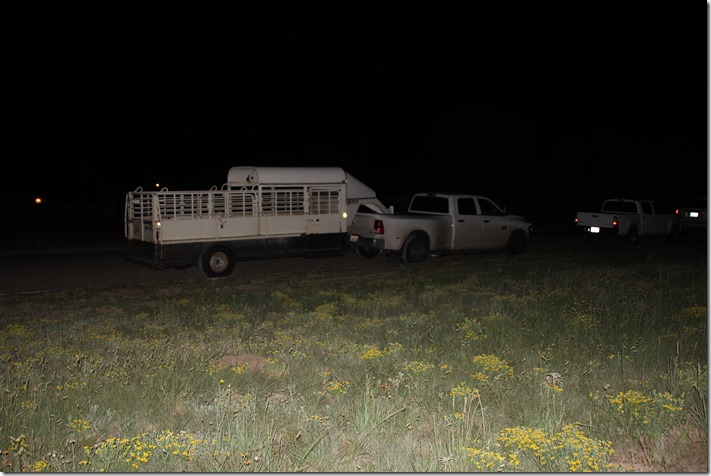 Old age set in before the show was over, and as Bill and I walked home, there parked on Juniper Street was a pick-up with the trailer still hooked up. Where else but small town Texas do you take your pick-up and trailer to a concert?

Ya gotta love it.