Mammillarias and Their Halos

Mammillaria is one of the largest genus in the cactus family; over 200 identified so far. Most are native to Mexico, but they can also be found in the southwest United States, the Caribbean, Colombia, Venezuela, Guatemala, and Honduras. They get their name from the Latin word for nipple, mammilla, which refers to the tubercles, the little pointy parts of the plant, to put it in simple terms, that sort of stick out like, well, nipples, from which the spines emanate, and are a distinctive feature of the genus. I could get much more technical, but I will leave the more scientific explanation to other websites on the Internet if you are interested.

And while I couldn’t find it in writing anywhere, I think another of their distinctive characteristics is that the blooms appear in a circle at the top of the plant, a halo if you will. Perhaps there is a variety or two out there that are an exception to this observation, but all mine make these neat, predictable, pretty little halos that are very appealing, and I love watching them quietly form and then Boom! suddenly a ring of flowers appears! 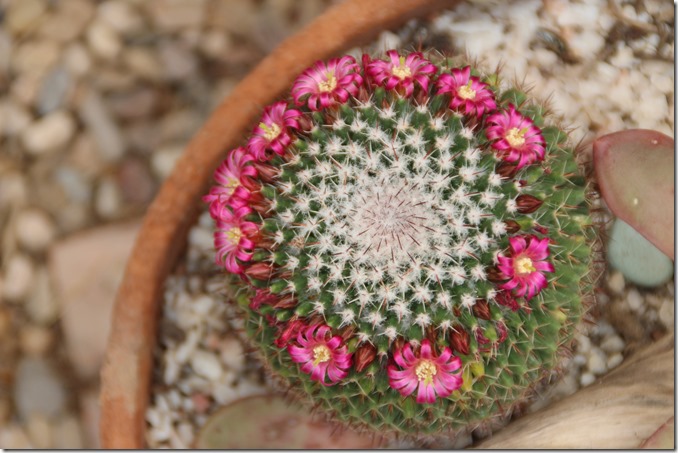 They come in most all colors and last more than one day. 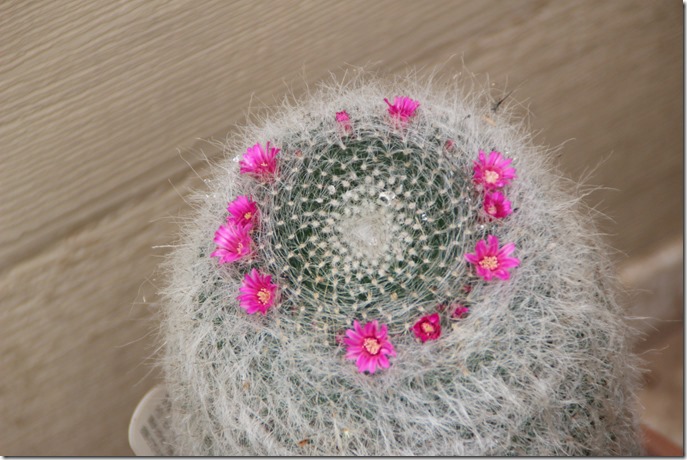 Some flowers are larger than others, some have stripes of contrasting color, but they are all pretty. 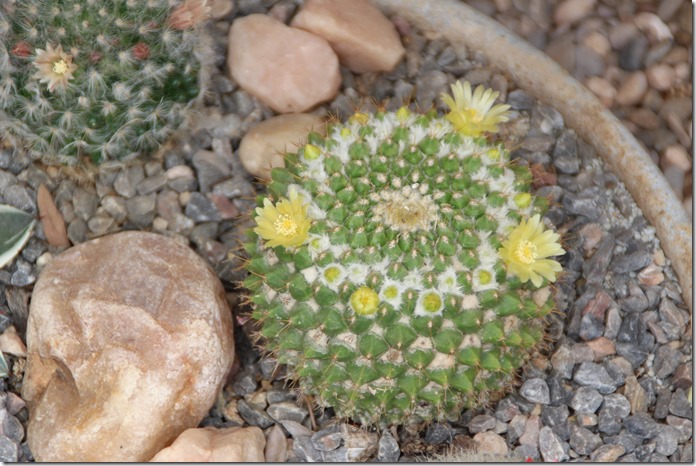 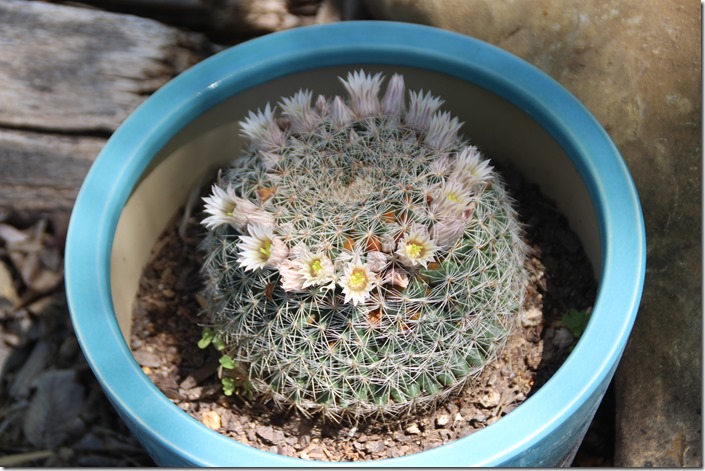 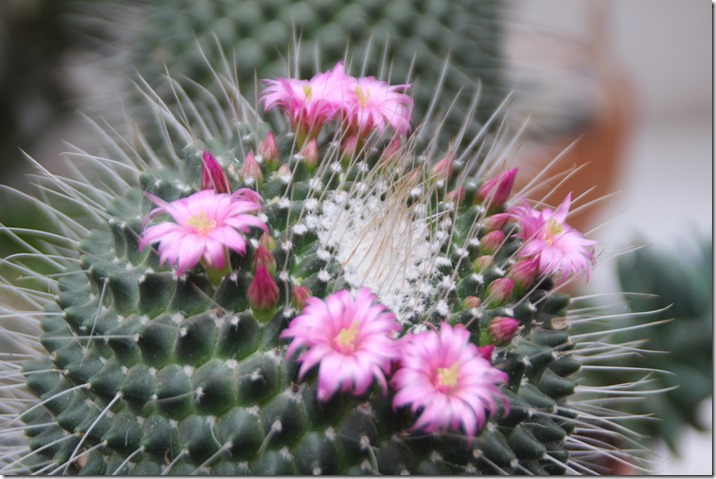 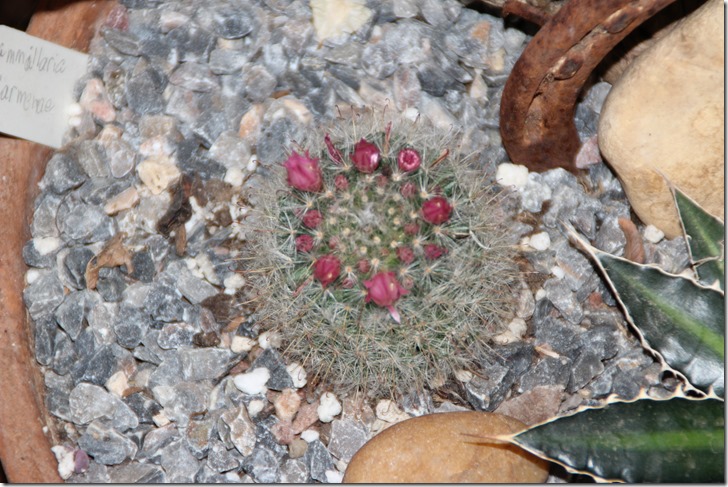 Mammillarias also come in a variety of shapes. Some make little balls, some become columnar, and some make long trailing extensions like this m. spinosissima that hangs down on cliffs in Mexico, but they all make the halos. 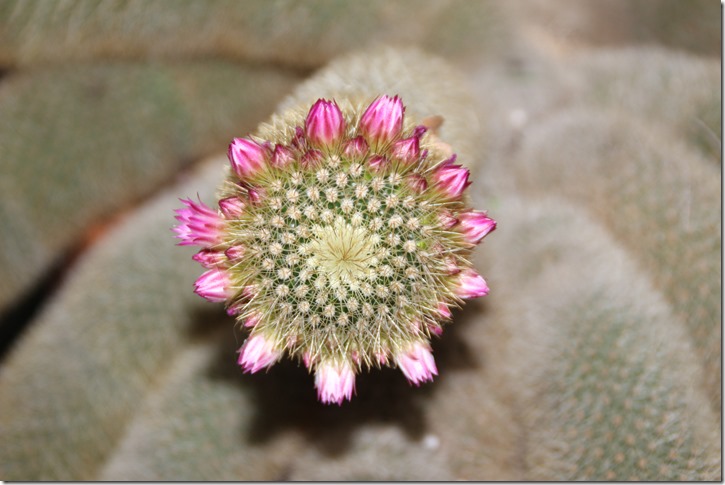 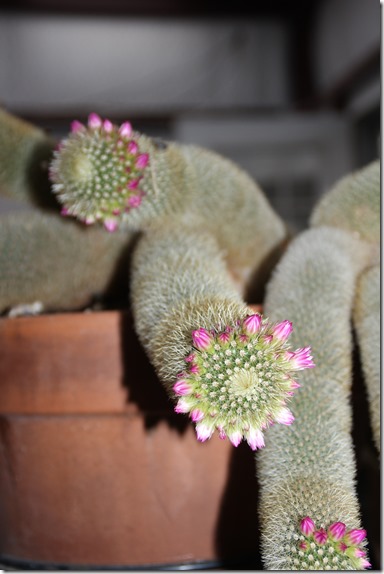 This one called red-headed Irishman is columnar and eventually makes clusters of crowns of new branches at the bottom of the plant. 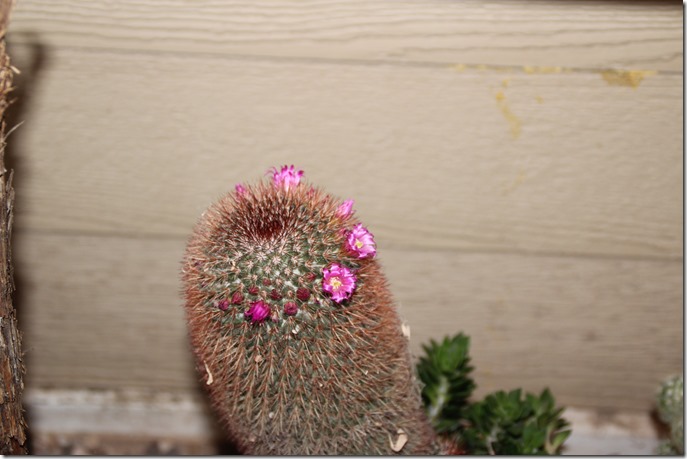 Mammillarias are easy to grow, easy to find, and fun to watch bloom.