For the Love of Reid and Kade; Smokin’ it for Kreid

Reid Marricle and Kade Campbell are soul mates who never met but have two things in common; the unceasing love of their families and a vicious disease that took their lives too soon. Atypical teratoid/rhabdoid tumor, ATRT, is a very rare, fast growing tumor that attacks the brain and spinal cord in children, most often three years old or younger. The survival rate is less than 10%.

Reid was claimed by ATRT at the age of 21 months. 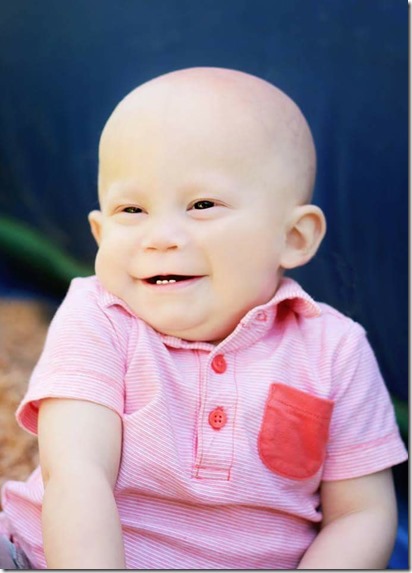 Kade was taken even sooner at the age of 6 months. 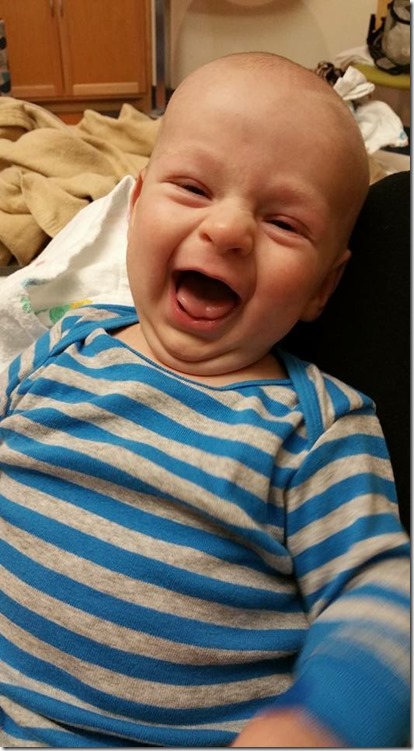 In their grief and dealing with this disease, parents Ryan and Morgan Marricle and Kevin and Heather Campbell found each other and have become close friends, almost like brothers and sisters, according to Ryan. Out of this common bond, a desire to help others whose children are stricken with ATRT developed, and they created Killin’ It for Kreid, a non-profit organization dedicated to giving aid and support to those families struck by the disease. They named the organization after both boys by combining the two names into Kreid. As for the Killin’ it, they wanted to kill the sadness brought on by the cancer that killed their children and helping others was one way to do that.

Heather, who lives in Greenville, near Dallas, staged an event there in August of 2016 to raise money for research on the disease. Then the two mothers came up with their non-profit, Killin’ It for Kreid, not to raise money for research, but to spend on the families dealing with the illness as it attacked their children. Wanting to provide something to give families and patients a respite from battling the disease, they came up with the idea of giving each sick child a Kindle Fire tablet because all age levels and interest areas could be met with an Internet device which was also very portable. In November 2016 they put out an online request for funds to buy the tablets since the tablets had been put on sale and the money would go farther to buy more of them. As of today, they have been able to provide over 70 tablets to sick kids.

This year Ryan came up with a cook-off as a money-raiser, and the first annual Smokin’ It for Kreid was born. The word went out and 15 teams signed up to spend all Friday night cooking and all day Saturday sharing samples of their smoked, barbecued meats. All this happened Friday and Saturday, April 21-22, 2017, at the Muleshoe City Park. As luck and West Texas weather would have it, a cold front blew in and made their night of smoking the meat pretty unpleasant, but the teams persevered and plenty of brisket, ribs, and specialty meats were ready for judging Saturday morning. In the Corporate division, first place for the specialty meat went to Team AMD, first place brisket was won by Distributors with Attitude, and first place ribs was won by Diamondbacks. In the Amateur division Kim Black won first for his specialty meat, Spot On won first for brisket, and first place ribs went to Jettfire BBQ. First place winners all received 20 oz. tumblers with the Killin’ it for Kreid logo. All teams went home with Killin’ it or Smokin’ It koozies. 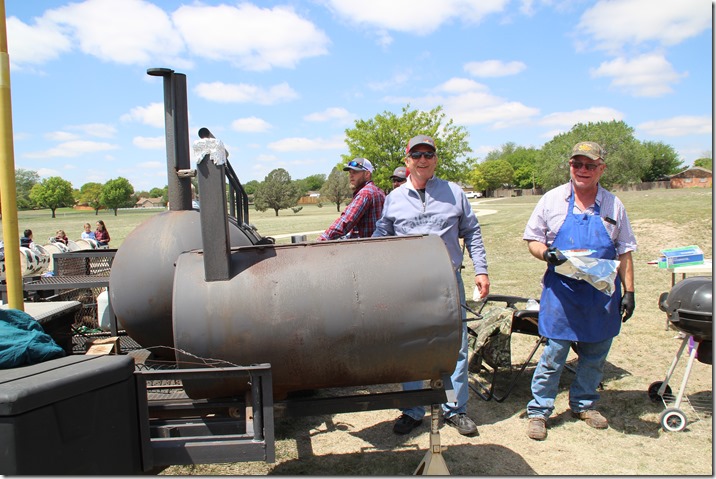 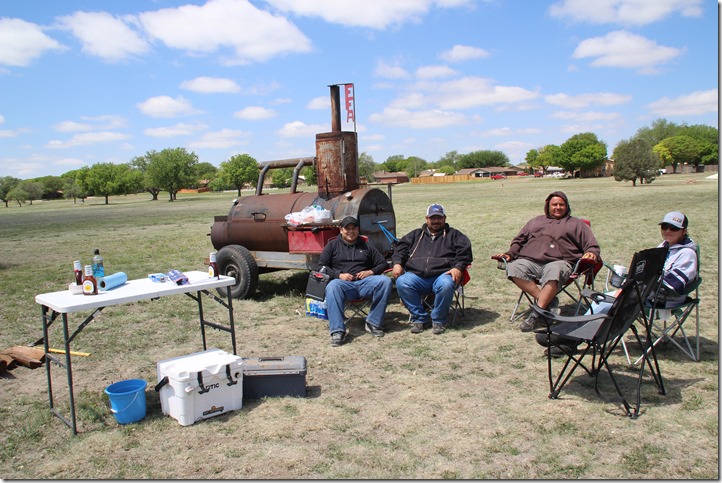 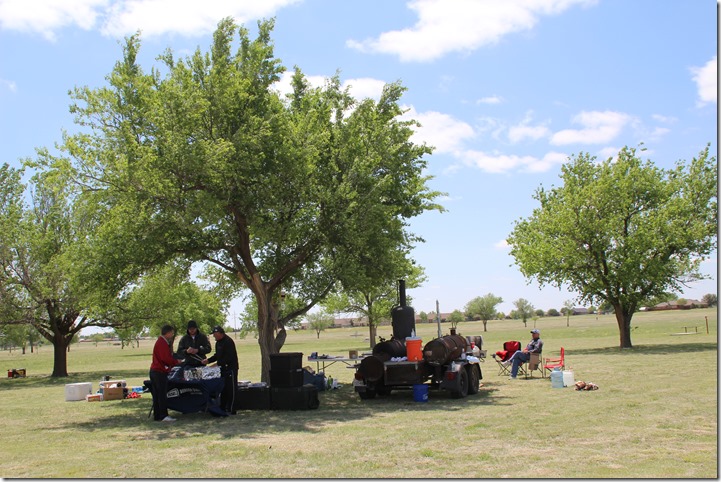 Koozies, t-shirts, and key rings emblazoned with the Killin’ It for Kreid and Smokin’ It for Kreid logos were for sale, but the big draw was the smoked meat. For $20 adults were given 15 tickets which could then be used to get samples of the finished products from all the cooking stations. 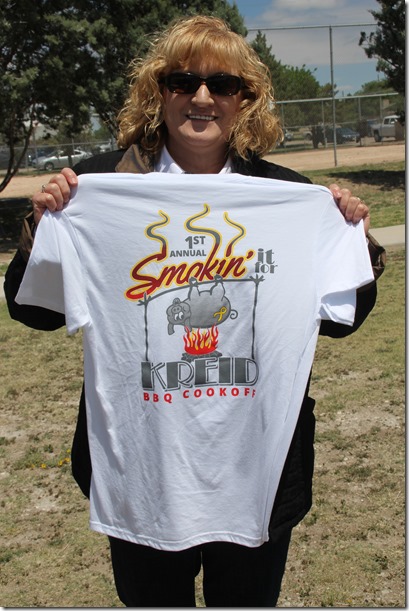 Morgan and Heather wanted the day to be not only a fund-raiser but also a fun day for everyone, especially the kids, so other activities were provided for them to enjoy and they paid a dollar at each activity they wanted to participate in. Music was also provided throughout the afternoon. 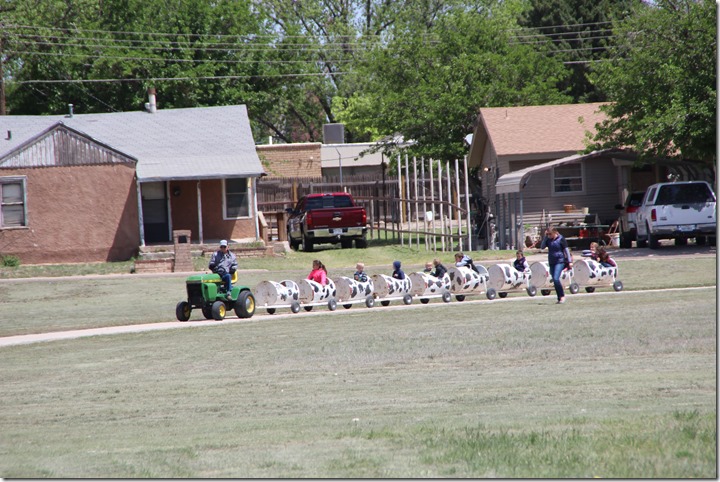 The Trinity Church band played inspirational music from 11 to 1:00. 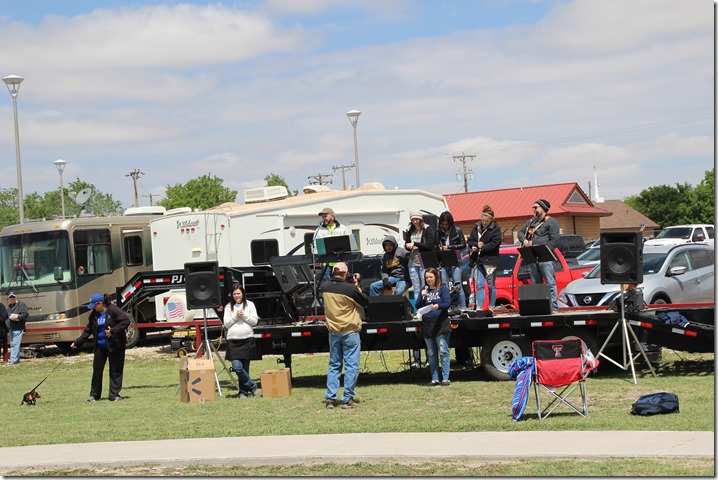 Darby Sparkman, originally from Quanah who now lives in Levelland, sang from 1:00 to 3:00 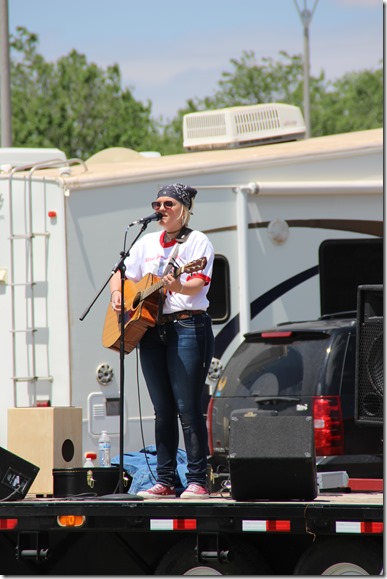 Tonya Ruthhardt provided a petting zoo and sold pony rides to add to the fund. 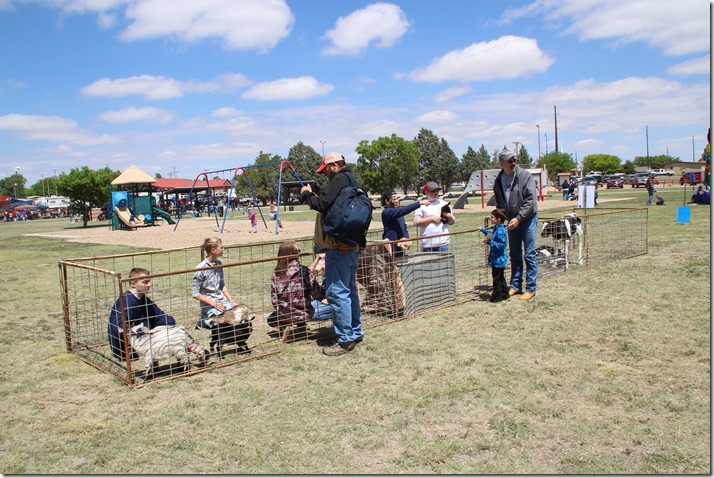 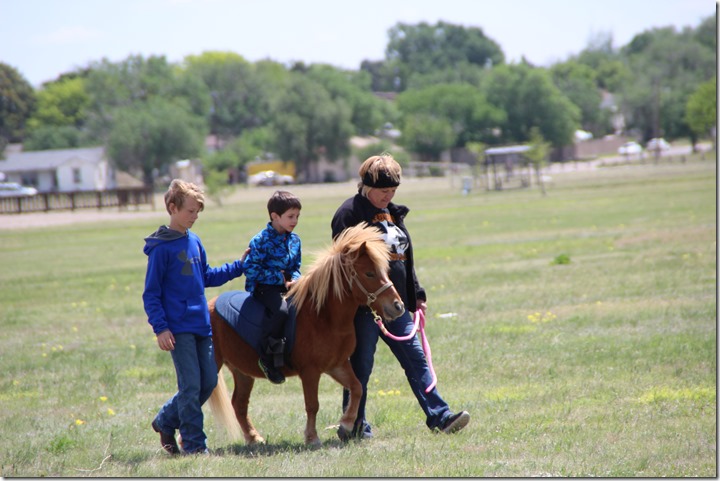 Alejandro and Lizette Reyes brought two bouncy houses for the kids to jump on. 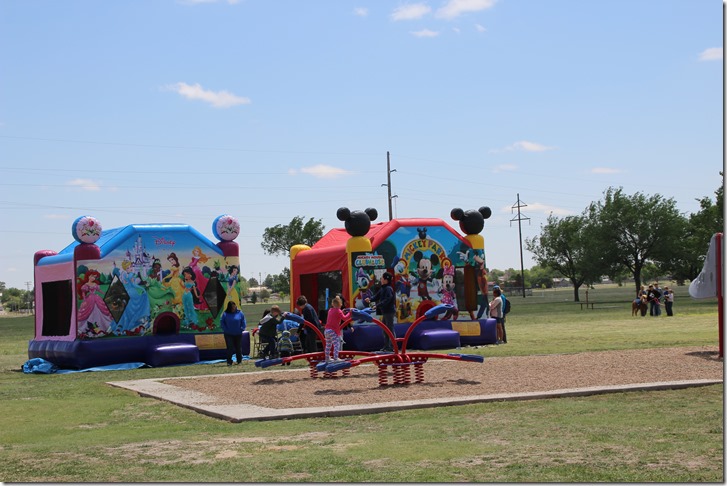 And D’Dee Ellis did face-painting for the kids, but I was not able to get a picture of D’Dee in action.

The cooks endured that cold night of cooking, but the sun did come out that morning, and while windy, it was a nice afternoon, and considering the weather and the fact this was the inaugural attempt, a nice crowd came out to support the event and its cause. 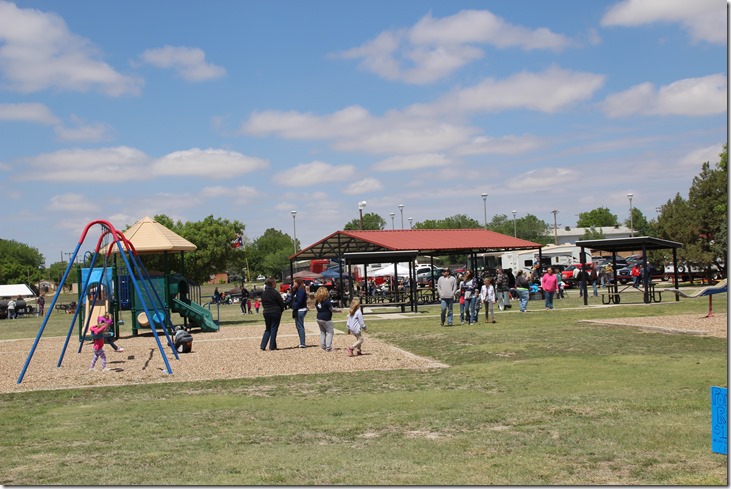 Morgan praised the Muleshoe community, businesses,  and surrounding area for their generous support emotionally and financially and the willingness of the cooks to brave the elements to share such good food to eat that day. A total of $6500.00 was raised for the organization in that one afternoon. The Campbells and the Marricles feel blessed that they live in such a giving community and  now have these funds to share with the kids and families affected by this unpredictable cancer. 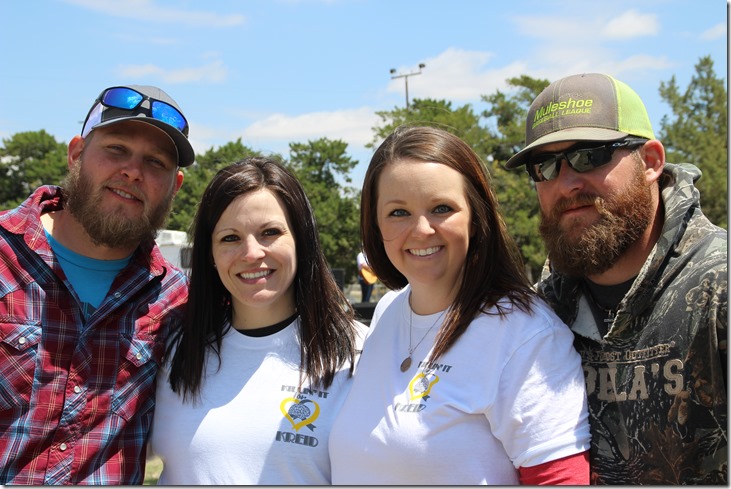 The plan is make Smokin’ It for Kreid an annual event. No date has been set yet for next year, and considering that it’s difficult if not impossible to predict West Texas weather, just start looking for announcements next spring and summer. If you missed it this year, get ready to enjoy a fun day and good food next year.

And the purchase of your tickets will send more tablets to sick kids.