I bought this pretty shiny green barrel cactus this summer; loved the flat, broad red spines and the shiny green body. Ferocactus latispinus is native to Mexico where it stays warm year-round. Which means it will spend its life in a pot for me so it can come in during the winter, especially a winter like this year when we suffered a couple of –5 degree nights, and I lost some specimens that had weathered previous winters. But those winters had not fallen so far below freezing. And since you never know when those winters will hit, this plant will just have to be happy in its pot. 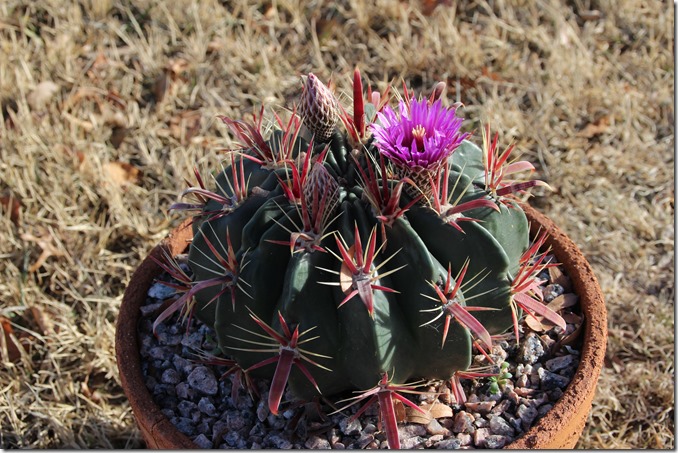 But I digress. This is a really nice cactus, and it will get larger. Commonly called devil’s tongue barrel cactus, it blooms in late fall to early winter. Sure enough, around October buds started forming. I watched it like the proverbial non-boiling pot, not wanting to miss the blooms. It seemed to take forever. Forever took about three months, as turned out. 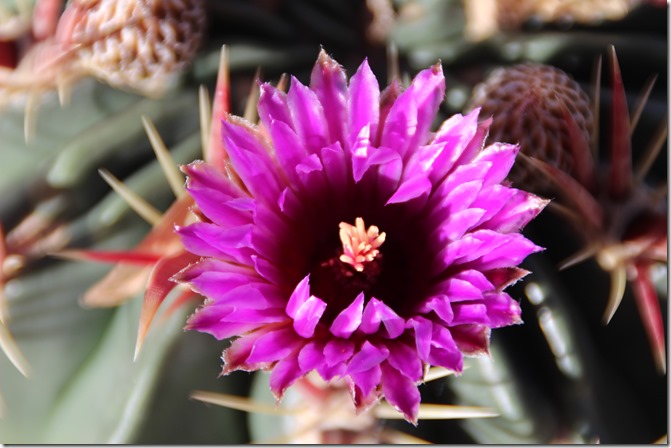 The first bloom appeared in December, and I just now realized I had not shared it. So now seemed like a good time. The buds took a day or two to open fully, but with enough sun they did. 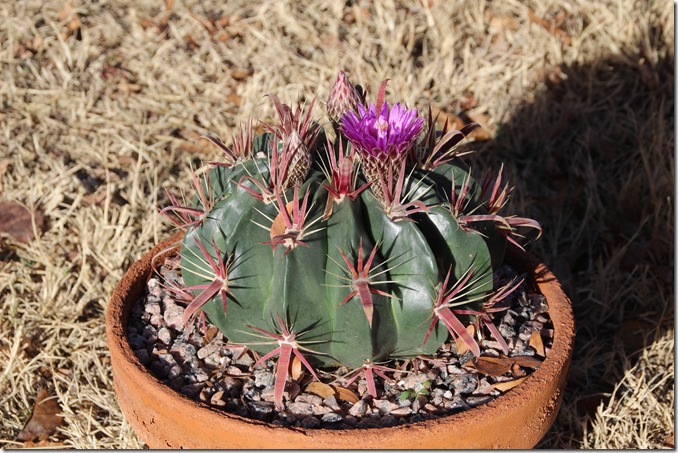 This is an unusual cactus to add to your collection. The distinctive spines and the shiny green body make it quite pretty. The purple flowers are just the icing on the cake. Or color on the cactus, I guess.