Pancake plant, flapjack plant, whatever you call it, this is a really pretty kalanchoe. I have had one before, but the two I have now are blooming. 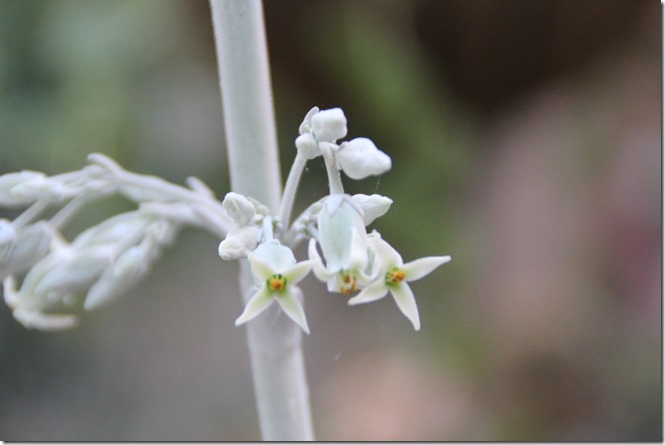 This kalanchoe is native to South Africa. When I moved them in to protect them from the cold, into a barn with four large skylights and four front windows, apparently even all that is not giving them enough light, and they are still reaching for the sun. That’s why the bloom stem is so tall; it is reaching for light, something I warn you about all the time. They are also what’s called a short day plant, which I am still trying to understand. Apparently it is not just caused by the shorter winter days. Or maybe it is. That will be another story for another time when I have mastered the concept. 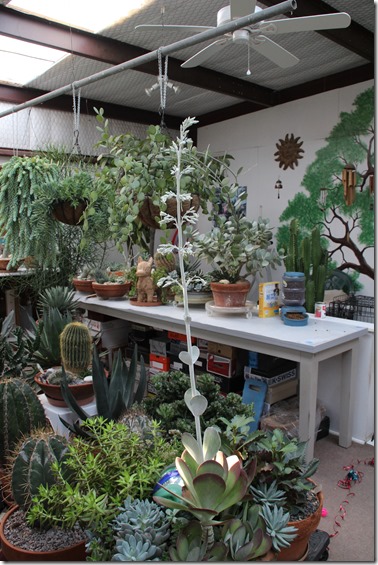 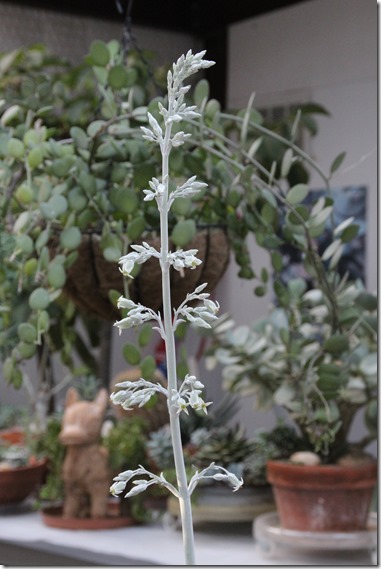 I looked up the plant on the Internet and the blooms were tight clusters of small flowers, still not much of a flower, but better looking than mine are now. One of the plants is right up next to a window, and its flower clusters are slightly closer together, but still too long and spindly. 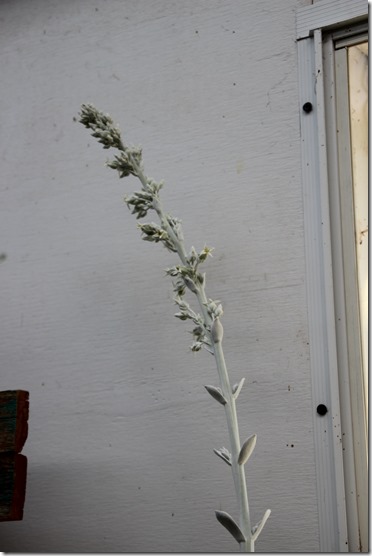 And then to add insult to injury, I read that after the parent plant blooms, it dies! It is monocarpic like agaves. Luckily, also like agaves, the parent will have produced pups to carry on after the dying plant has been removed. 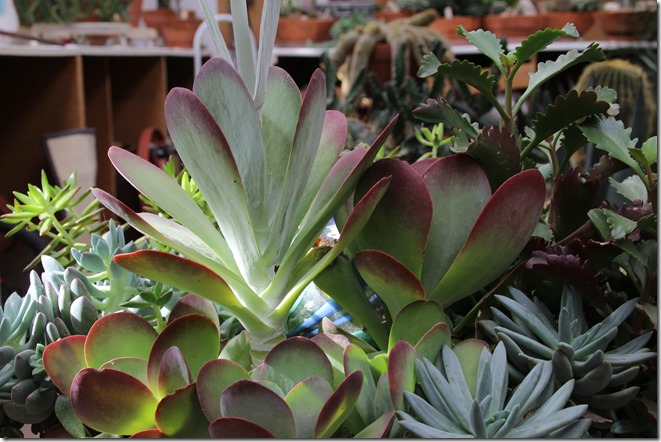 As you can see, it is a lovely plant, the red the result of moderate sunshine that is not too hot to burn the plant as well as some stress from light cold in the winter. I also read that there are at least three basic varieties: k. tetraphylla, k. thyrsiflora, and k. luciae, which apparently are rather hard to distinguish between. But no worry; they are all worth adding to your collection. K. luciae is said to be the most readily available. I am not sure I can tell the difference, but I like them just the same. Some hybrids have more variegation with white and red on the tips of the green leaves, but they are all worth having. I like them for the color and shape of the leaves, not the flowers anyway.

Pancakes are not just to eat; don’t be afraid to try one, even if they bloom and die. Just try to give them all the light you can.