Over the course of the last three months I have enjoyed a variety of very different flowers, some which just happened to be all in the same pot.

For example, look at these beauties on a lobivia I bought last year. 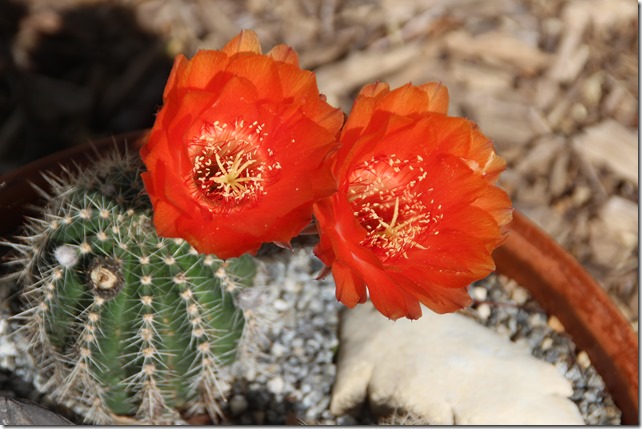 In the same pot this little mammillaria plumosa bloomed these pretty little pink flowers. Notice that sort of faded clump in the upper right hand corner, which is actually two different cactus-doesn’t look too promising, does it? 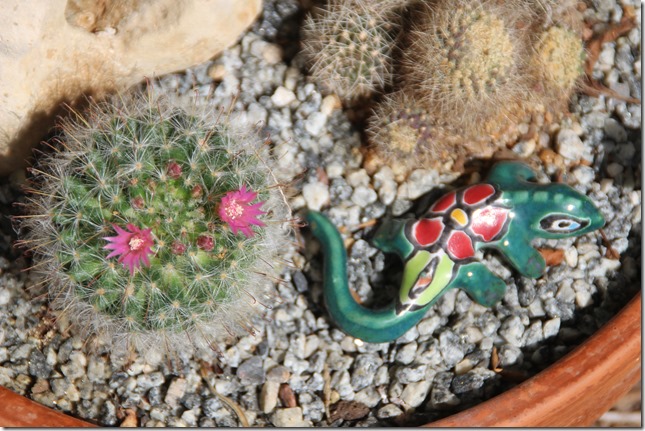 Well, about two months later, that little clump presented me with these lovely little flowers: in the back is a lobivia; to the front is a rebutia. 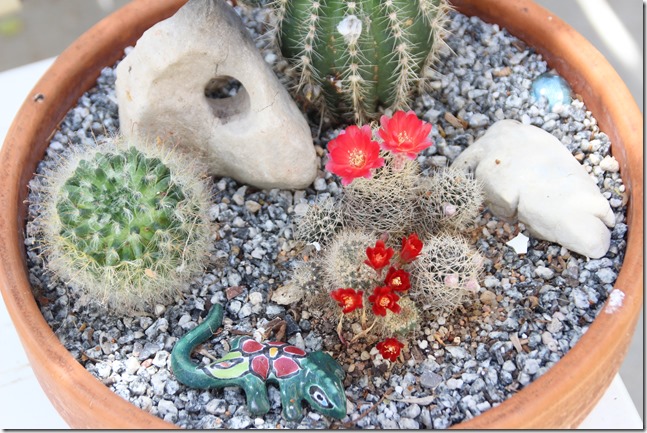 The large orange flower, you will notice, is also a lobivia, so this is two different varieties in the same pot.  And no, I don’t have the specific names. 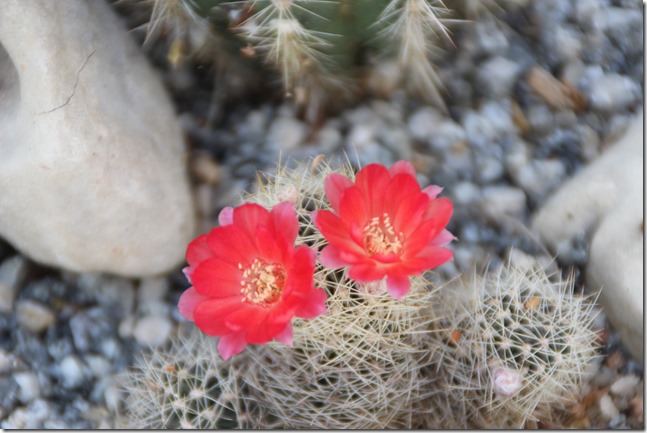 The smaller rebutia flowers didn’t open quit as much as I would have liked that day, but they were still pretty. 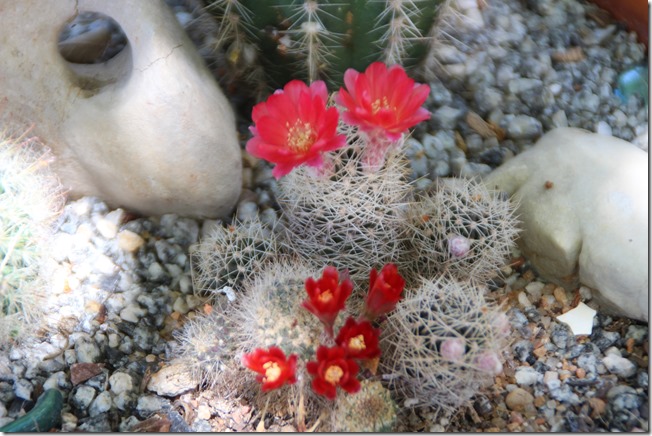 Those blooms were early in August, and the little clump bloomed again just the other day. And if you look closely, you can see pinkish buds on the lobivia, more flowers to come

The orange one bloomed again, too. 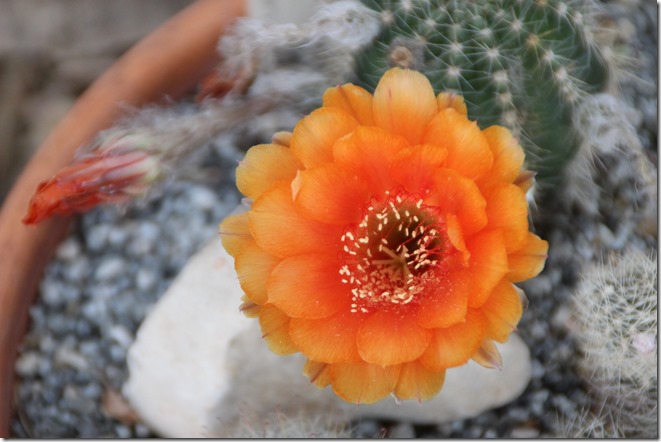 I always have something new and beautiful to enjoy in the garden.