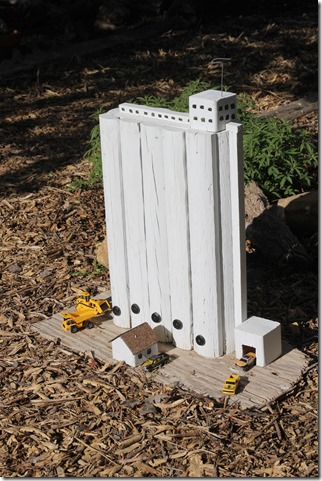 He casually went about building it during the cold of the winter months when there was nothing to work on outside and when I wasn’t in and out of his side of the barn very often. A couple of times when I did wander in, nothing had taken shape yet, so I wasn’t terribly curious about what he was working on.

Once I discovered the door leading from my side of the barn to his had been locked. But I didn’t think anything about it; just figured he was trying to make sure the door was shut to keep the heat on my side where many of the cactus in pots were indoors for the winter. Later, I did go in one day and saw something tall covered up with an old sheet on his table. I asked about that, but I didn’t look under the sheet.

So he said he had something to show me. We went in the barn, and there it was, this really clever little miniature version of a grain elevator made out of scrap lumber and discarded fence posts. What fun! And how appropriate for a garden in West Texas where almost every small town has its own elevator, or maybe more, that dominate the landscape and can be seen for miles before getting to the city limits sign. We may not have skyscrapers, but we do have tall buildings. 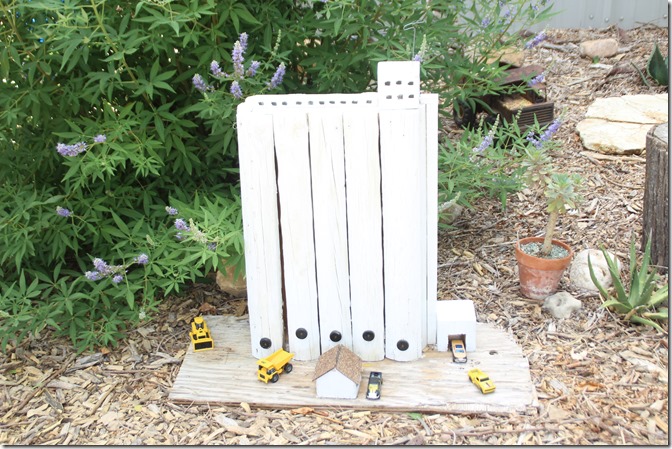 Then, of course, nothing would do but that I accessorize it with the appropriate trucks and work vehicles. Finding pick-ups was not a problem, but no one seems to make tiny grain trucks, at least not in the appropriate size, so I had to settle for a little dump truck and a front-end loader. I think they add just the right touch to the elevator.

Besides seeing Muleshoe’s three elevators every day, perhaps his inspiration to make my little  elevator was the bird houses he made for the garden earlier, and that’s another story I will share later.

But everyone has bird houses. 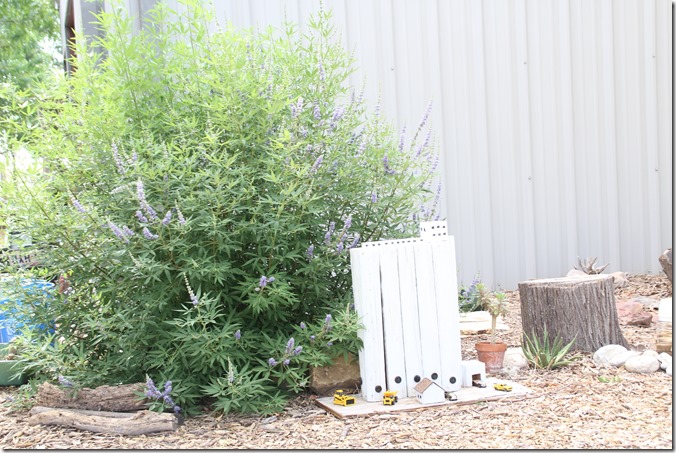 No one else has a grain elevator.