Major Sullivan Reminds Us Why We Honor Memorial Day 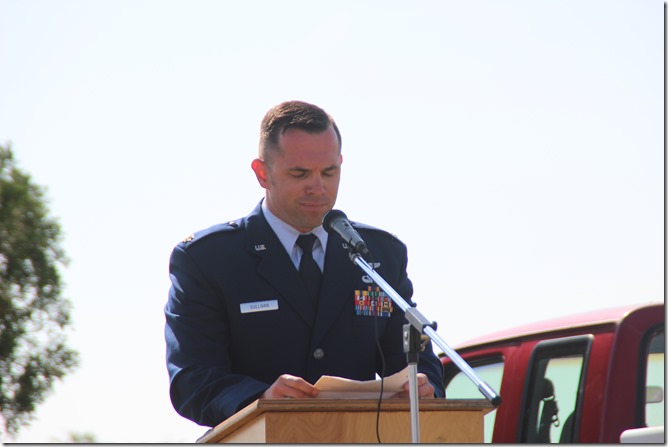 We were greeted by Major Josh Sullivan at our Muleshoe Memorial Day Service this year. As he spoke, his words were informational, inspirational, and humbling. I felt like they were words worth sharing, so I asked if he might allow me to reproduce his speech here in the blog. He and the United States Air Force graciously agreed. The speech is not that long and certainly worth your time, so I hope you will take this opportunity to celebrate again the day that used to be known as Decoration Day. 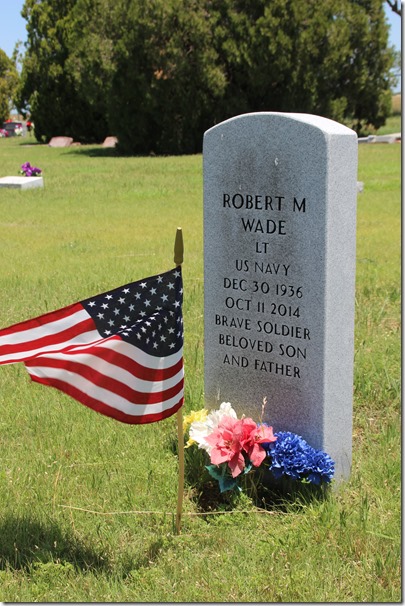 I am Major Josh Sullivan, and have served, most recently, from Cannon Air Force Base under Air Force Special Operations Command. I am a Senior Pilot and Evaluator, and have flown numerous training aircraft, the C-130 Hercules, the MC-130W Combat Spear, and now the AC-130W Stinger II. I am a veteran of many operations/missions spanning Iraq, Afghanistan, and South America.

I give you my background, not with a hope of impressing you or to bring honor upon myself, but with the wish of giving my words creditability as I attempt to honor those in whose shadows I, and we all, stand. I am honored to be with you this morning, and humbled to be given this platform from which to speak.

Memorial Day, as it can be thought of and celebrated by some today, did not always revolve around barbeques and shopping sprees. It began in 1868 as “Decoration Day” following our nation’s bloodiest conflict, the Civil War. It was a day when families would leave their homes and travel perhaps to a national cemetery, or maybe only to a field behind their home, to pay tribute to their fallen loved one by decorating his headstone. Since 1968, this day has been known as “Memorial Day”. As our lifestyles grow more fast-paced, it can be so easy, and even tempting, to get caught up in all the activities which surround this day and forget the reason for the day itself, which is why I’m so thankful for gatherings such as this.

The total number of Americans killed in all U.S. wars exceeds 1.1 million. Think about that….let that sink in for a moment. Think of all the parents grieving uncontrollably, all the Thanksgivings and Christmases missed, and all the family dinners with a place set, but with no loved one there to fill the empty chair. As a father and husband, I can’t help to think of so many spouses left alone and children who can’t understand why daddy is never coming home. In one word….sacrifice.

I can remember when the true meaning of sacrifice was imprinted upon my life. I was in Afghanistan in 2010, living in a small camp with the operators I supported. Unfortunately, this deployment was not a flying deployment; it was one in which I controlled the assignment of strike aircraft in support of our teams on the ground: not half as fun and exciting as flying, but a necessary task nonetheless. With today’s technology and a sensor in every part of the sky it seemed, it didn’t take long to learn we had lost three operators in a roadside bomb explosion. I received permission from my commander to attend the short ceremony the next evening. Nothing stopped, and yet at the same time, everything if just for a brief moment, stood still. Ops were still on-going. Operators were still in harm’s way and close air support aircraft and crews were still there to protect them. Missions were being executed 24 hours a day, but for that solemn 10 minutes, for those who could attend, time stood still. TAPS was played, words and prayers offered, and last words murmured to a stack of helmets, boots, and dog tags by tearful eyed brothers and sisters in arms. I had been in combat well before that day, but I had never been so humbled by the presence of such great sacrifice.

While we all understand that today is about honoring those who have fallen and not simply served, can I get a show of hands of those who have served or are serving?

I highlight your attendance here today because you will best understand what I’m about to say next.

There are many reasons one serves their country. Maybe a sense of duty…maybe a draft. One might even begin to serve because there were no better options at the time. Whatever the reason at the beginning of service, the reason when the service is the hardest, when your life is at risk and you realize the last kiss you gave your spouse, the last time you looked into your child’s glowing eyes, might actually be the last…well, that reason becomes much different. Yes, there is always an overarching sense of duty to the greatest nation on earth, but when under duress, the reason always becomes the man or woman next to you. A bond forms that rises above race, above religion, or above background. It even rises above time and even the grave. This bond is shared across generations and across the hallowed headstones of Arlington National Cemetery and even these headstones we stand among today. So I thank you veterans that are here today, as we honor those who could not be.

For those who have served, or those younger in the audience thinking about it, I offer this:

Edmund Burke once said, “The only thing necessary for evil to triumph is for good men to do nothing.”

Men, there is absolutely nothing wrong with enjoying your life and living it to the full as God intended. Whether it’s football, music, or something else, focusing on what you enjoy is fine: in moderation. Life is a balance, and we would do well to remember that one of our many roles, is as a protector of others. Evil is here, and it is pressing harder than ever while the innocent are suffering. So talk about the latest score or the latest trend on media or Facebook, but understand, if you are not prepared spiritually, mentally, and physically, you will fail those around you when evil knocks on our American doorsteps. Enjoy the life the good Lord has blessed us with despite our actions, but don’t lose sight of the bigger spiritual picture and what’s at stake. Men, stand up. Evil is coming and is in fact, here. You’d better have the resolve to recognize it, and meet it head on.

God bless you, your families, and the United States of America. Thank you. 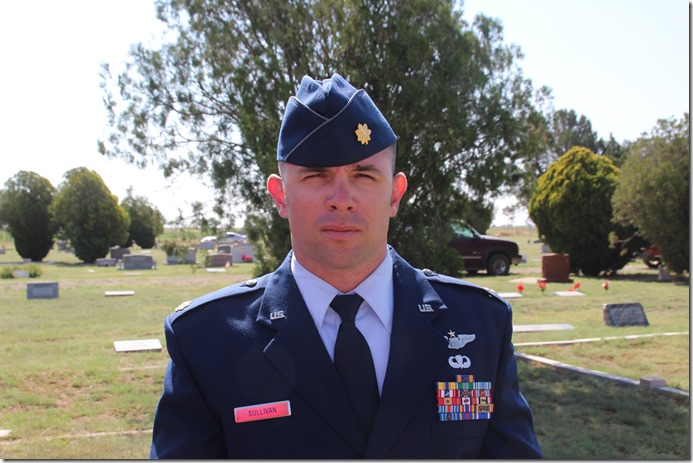 And thank you, Major Sullivan, for your service and your thoughtful words here.