Harper Lee May Think It’s a Sin to Kill a Mockingbird, But… 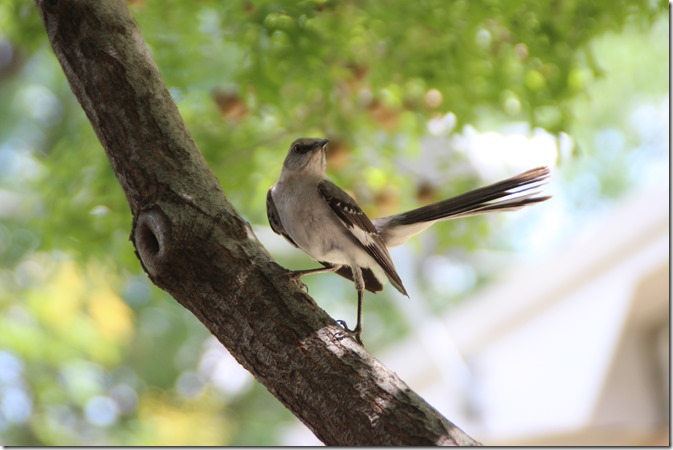 That is, of course, how one of my favorite books, To Kill A Mockingbird, by Harper Lee, gets its name. Mockingbirds, however, are not my favorite bird. They may be the state bird of Texas, as well as the state bird of Florida, Arkansas, Tennessee, and Mississippi, but they are not the altruistic little critters Miss Maudie and Atticus make them out to be. I’ve never heard one sing. I don’t know about the garden issue since I don’t have a garden. They may not nest in corncribs, but they do sometimes nest in other birds’ nests and expect their babies to be taken care of for nothing. I have, however, heard mockingbirds squawk and screech as they dive-bomb my cats, sometimes even the dogs, and behave like spoiled, obnoxious despots. 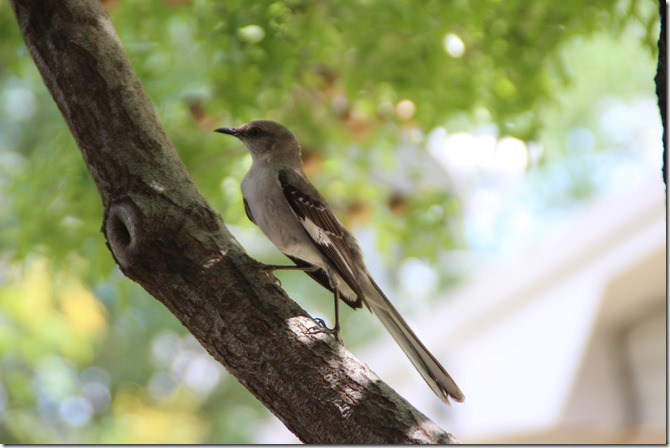 The purpose of the whole quote is to continue the allegorical aspects of the book, a silent but ever-present symbol of the innocence of Tom Robinson and his unjust death. And that works in the book. It fits. Tom Robinson is innocent and does not deserve to die, just as no innocent creature or human should be killed for no reason. 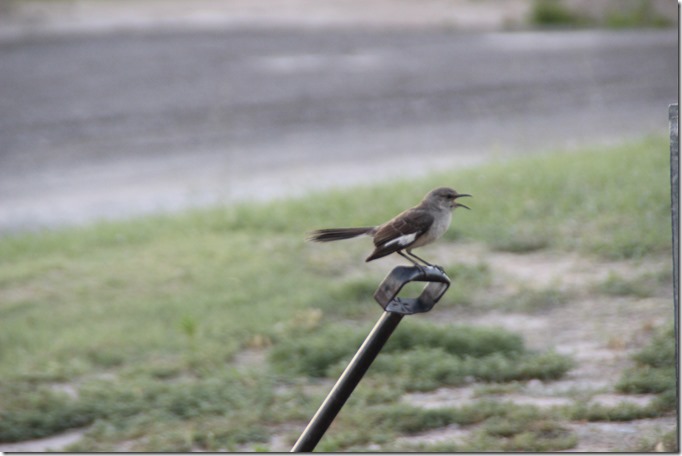 Perla Cat and sometimes Minnie Cat come out to help me when I work in the cactus garden, and we have been spending lots of time out there lately working on my cactus relocation project. Three mockingbirds have decided we are infringing on their turf, I guess, and have made themselves a real loud, noisy, unpleasant, arrogant nuisance, This evening Perla came out to help while I moved rocks and two of them took turns swooping down trying to intimidate her. I purposely had the camera on hand to document their nastiness but had a hard time catching them in the act. Not because they didn’t misbehave, but because I was not fast enough with the camera. I did manage to get this one right before he flew out of range. 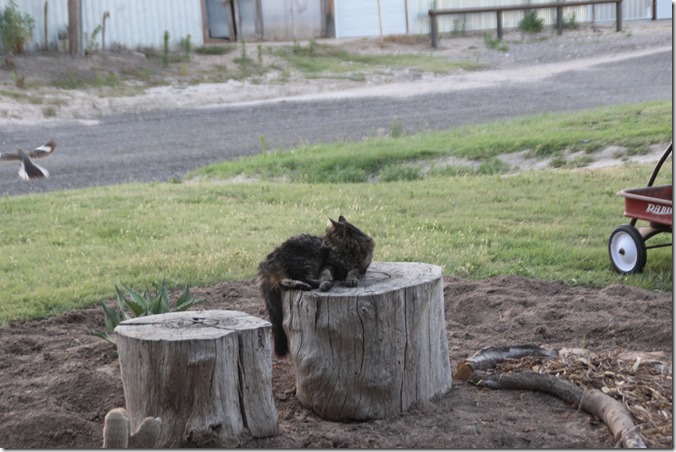 Perla is thirteen, and I guess has outgrown the thrill of the hunt because rather than actively try to catch them, she much prefers to ignore them in hopes they will go away. 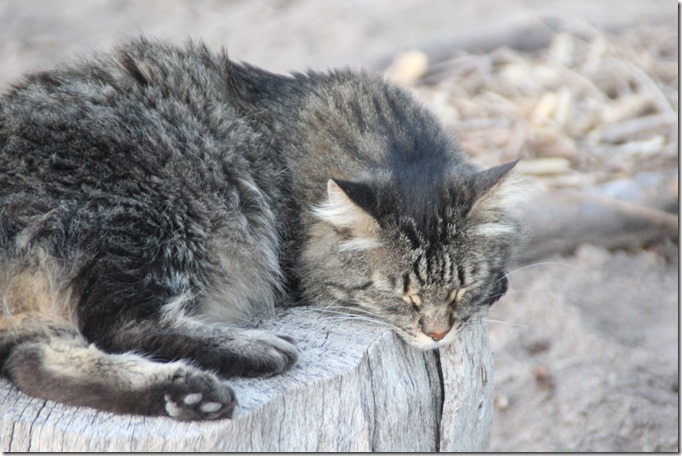 Naturally, that doesn’t work. I think it just emboldens the birds to behave more brazenly and push the limits of Perla’s patience. Unfortunately for my purposes here, the grey birds tend to blend in with all the surroundings of the cactus bed, but look closely and you will see one of the tyrants as he continues his hectoring while Perla tries to pretend he is not there. 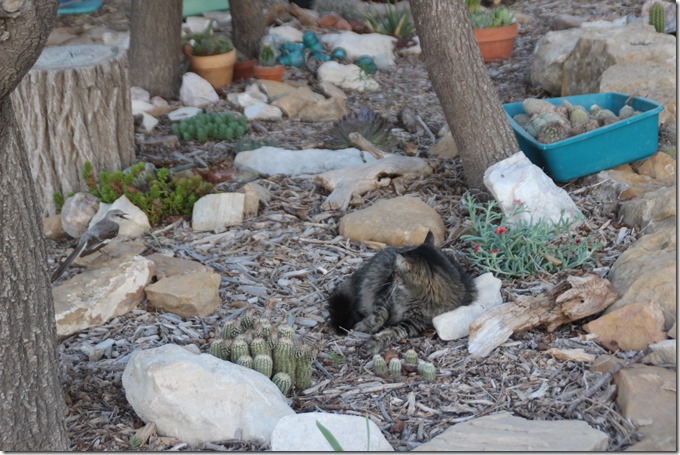 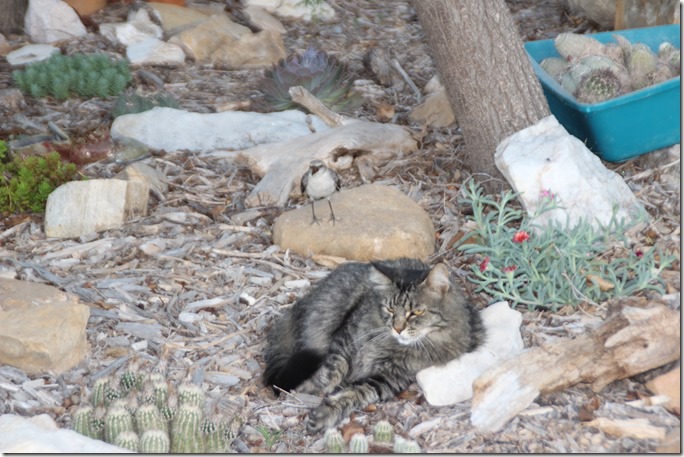 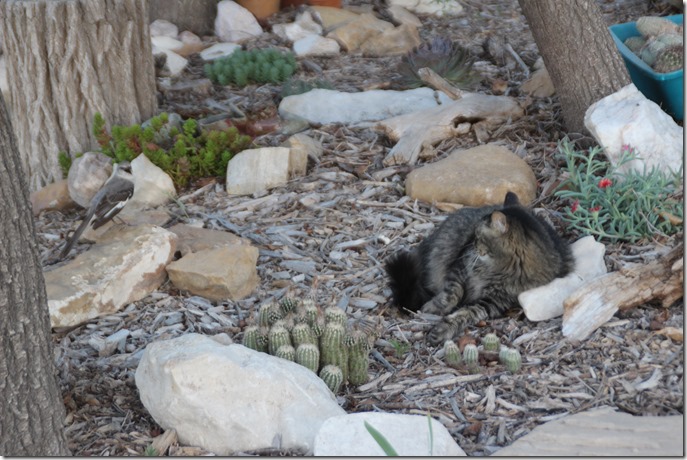 Mockingbirds in Texas are the northern mockingbird variety which can be found all over the U.S. and Mexico and are said to mock or imitate the songs of other birds. I don’t believe it. All ours do is rant and squawk in their shrill voices as they take turns harassing the cats,  filling the air with unpleasant racket in general. I have observed this same behavior by mockingbirds around our cats everywhere we have lived. 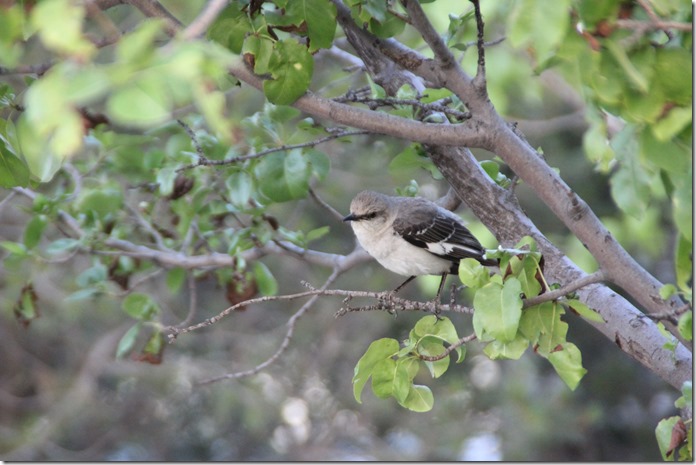 So they may be our state bird, and they may sing somewhere for someone, but they are not very welcome in my yard. They are pretty birds but really make a nuisance of themselves.

If I could, I would invite Miss Lee and all her characters over to witness an afternoon of screeching and bombing and then see if they still think mockingbirds are not guilty…