Back when I went to college, everyone was required to take a speech class as a freshman. Not a bad idea, but that’s another story. Anyway, I was having trouble getting into a topic for my final speech, which needed to be Oscar-worthy, and out of frustration I decided I needed a snack and took a break. So as I was eating my peanut butter sandwich, it hit me-that would be a great topic! Peanut butter. Yes!

So, energy stores replenished and inspiration jump-started, I set to work on my new topic, gathering information on the history of peanuts, peanut butter, its shining nutritional attributes, its protein strengths, early uses as a laxative-really-and finished off the completed speech by sharing with my bemused but somewhat interested audience my favorite peanut butter sandwich recipe, which really grossed them out. But it got their attention. Peanut butter, mayonnaise, mustard, and lettuce. 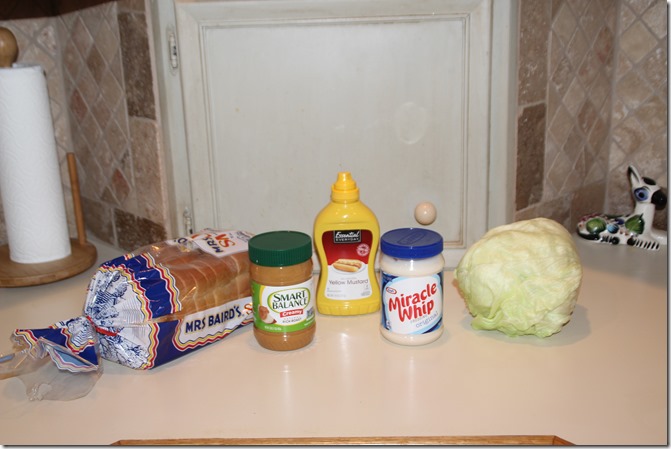 Now, this is major gourmet territory here, so let me walk you through it. What you see here are just the ingredients. I make no claim or promote no brand; this is what you need, and this is what I happen to have in the house. Back when I invented this scintillating sandwich,  white bread was just bread, not the terrible influence on your diet it is said to be now. And I think white bread tastes better with peanut butter than that nasty wheat stuff anyway. My mother used to buy Skippy brand peanut butter, and it was creamier, oilier, and spread smoother than this pseudo healthy stuff they have now. Your basic yellow mustard gives the sandwich a nice bite. I listed mayonnaise as one of the ingredients, but what I really use is Miracle Whip salad dressing, which we ate instead of mayonnaise, and simply referred to as mayonnaise, which I think gives the sandwich a much better, zingier, tangy flavor. And I use another demon in the health food world, iceberg lettuce, which was pretty standard stuff in the produce department when I was growing up, so this is what we bought. But really, next to peanut butter, it is the key ingredient in this sandwich and precisely because of what gives it its non-nutritional flaw-all that water. The moisture in the lettuce is what keeps the peanut butter from sticking to the roof of your mouth! And the crispness as you eat is a nice touch. So. Here we go:

First goes on the peanut butter. 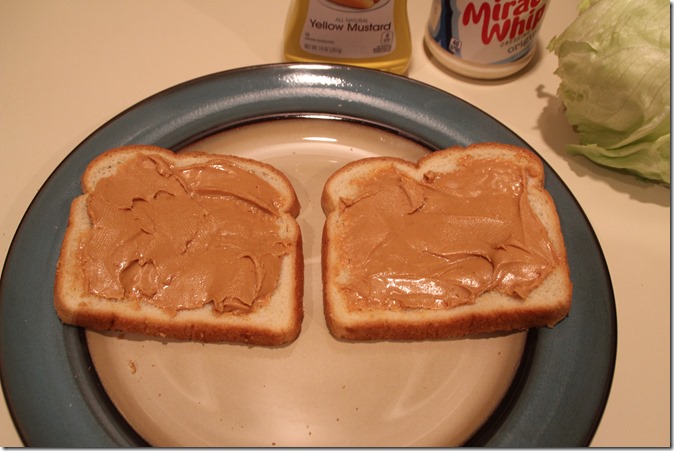 Next put mustard on one slice and the Miracle Whip on the other. 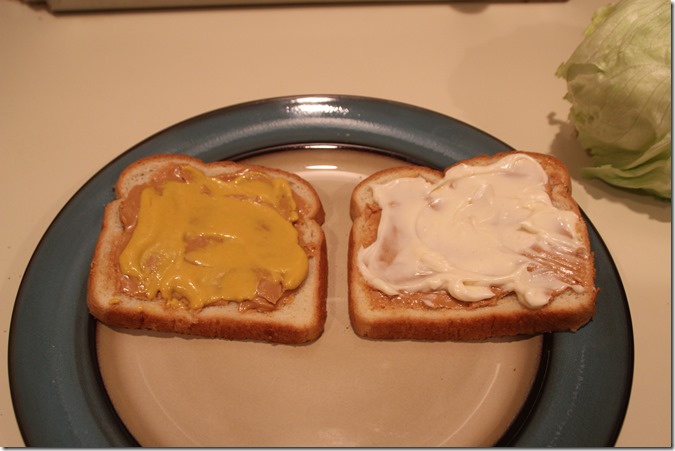 Pile on a whole wad of lettuce. If you put enough, you can say you had a salad, right? 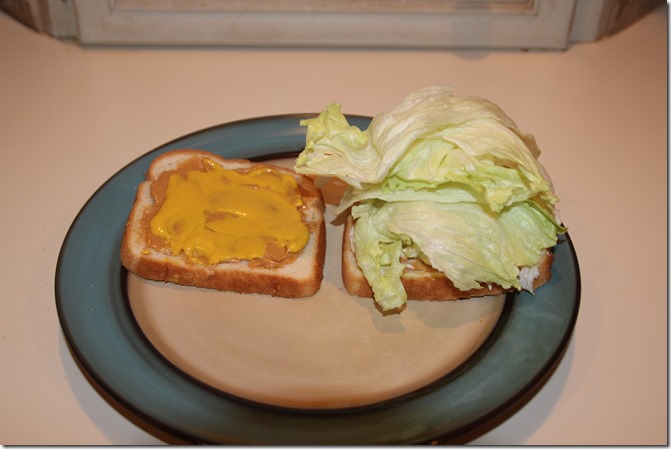 Put the mustard slice on top of the lettuce, and there you have it! 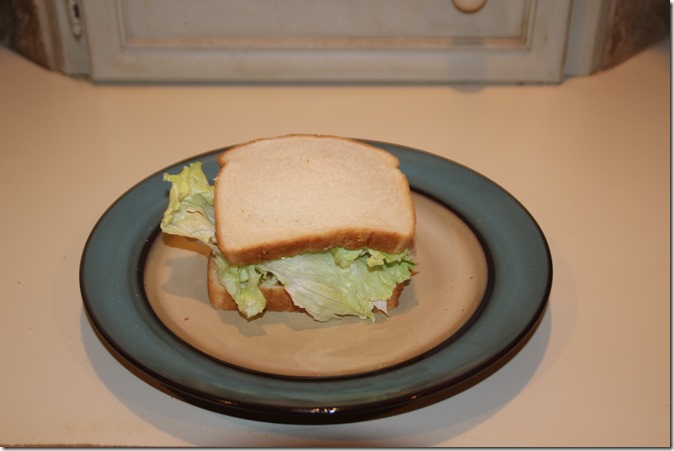 Grab a really cold glass of milk or an icy cold Coke, and enjoy.

I guess I should have taken a picture after taking my first bite, but I didn’t think of that until after I had finished it off. Until I could drive to the Dairy Queen and spend 25 cents on a Frito pie and a Coke, this sandwich was my lunch most days at school. You can use wheat bread instead of white, real mayonnaise instead of Miracle Whip, fancy mustard instead of good old yellow, baby spinach or some other lettuce instead of iceberg, and I guess it would still taste good if those are the ingredients you are used to. But if you want the real deal, follow these directions.

Peanut butter and jelly will remain the classic, but trust me. Try this one and you might be pleasantly surprised to add it to your list of favorites. Really.

Nothing ventured, nothing gained, you know…