Euphorbia myrsinites is of the spurge family and generally considered a weed. Unless you are a cactus and succulent collector, in which case you tend to add them to your collection. 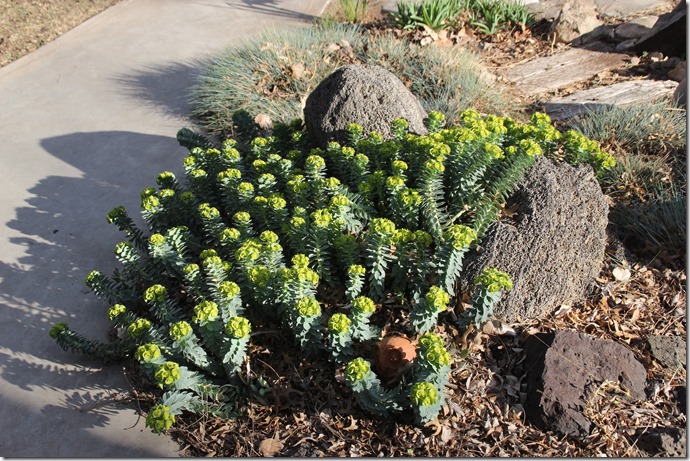 Well, this is actually the only spurge I have and probably the only one I want. But it does make a nice accent in the garden. Spring, however, is when it looks the best all year. After these pretty yellow blooms fade, it is a bit underwhelming and looks better if it is cut back and allowed to start all over. 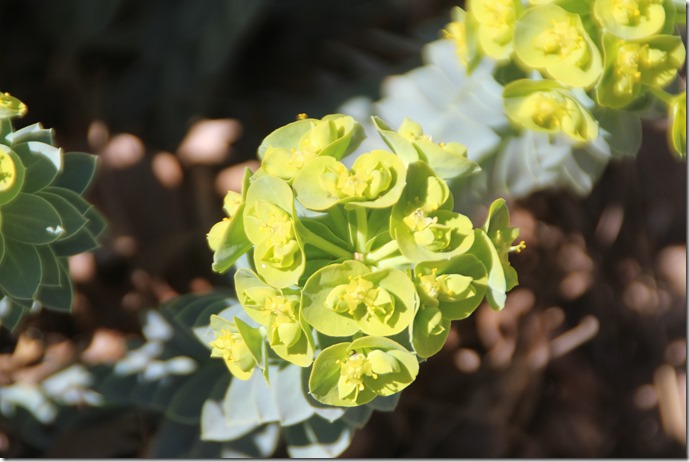 This particular plant is native to southeastern Europe, Asia Minor, the Balkans, the Crimea, and Turkey. In Colorado, it is illegal to even have it. In Utah, and Oregon, permits are required because it is classified a noxious weed due to its milky, toxic sap and the fact that it is pretty invasive-seeds can be projected up to 15 feet away from the parent plant! I can attest to the invasiveness, as I pull up little seedlings all the time all over the garden. But it won’t be a problem if you pay attention and pull up those unwanted babies before they have a chance to take over. 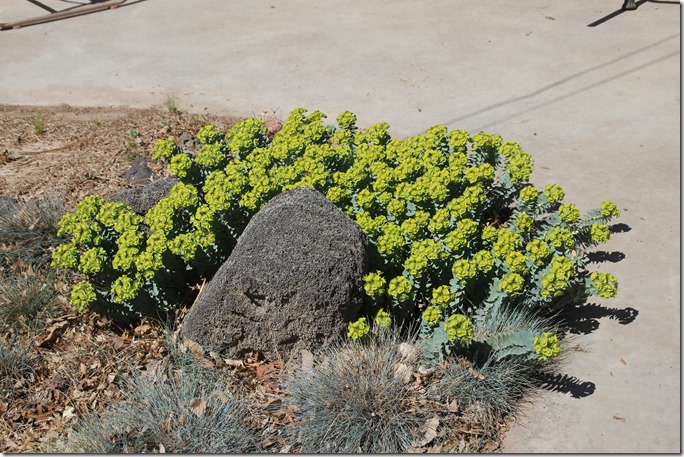 I have heard this plant and other spurges similar to it called gopher plant. Not sure why; maybe they repel gophers. Well, that would certainly be in its favor! 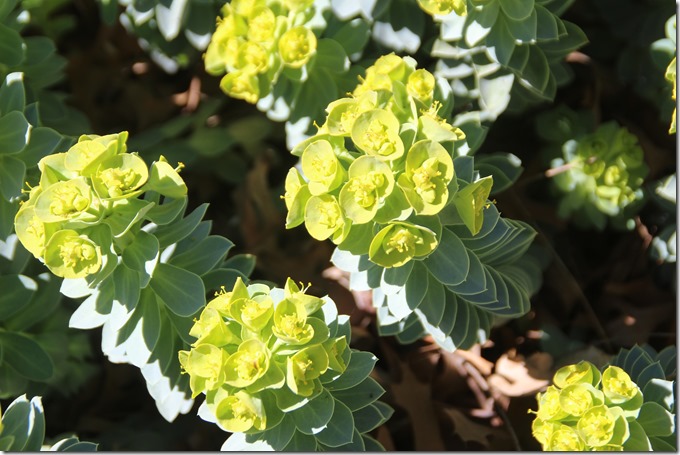 As to the toxic sap, I have never had a problem with it, but I also know to steer clear of it when pruning back the branches of the plant. It is best to keep it off your skin and keep pets and kids away from it when you are cutting it. And don’t lick it off your fingers…