Today we struck out for Cypress Gardens, a short 24 miles from town. The swamp garden was created where Dean Hall rice plantation once existed. Where the other plantations we visited were covered with oak trees, this garden was, as its name implied,  water and cypress trees, a totally different ecosystem, and seductive in its different style. Boats were available to paddle around on the water on your own, but we chose to take a ride with a tour guide, who did the paddling and educated us about the garden as we quietly floated along. 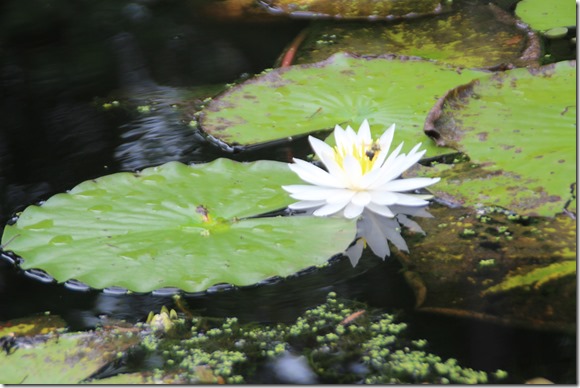 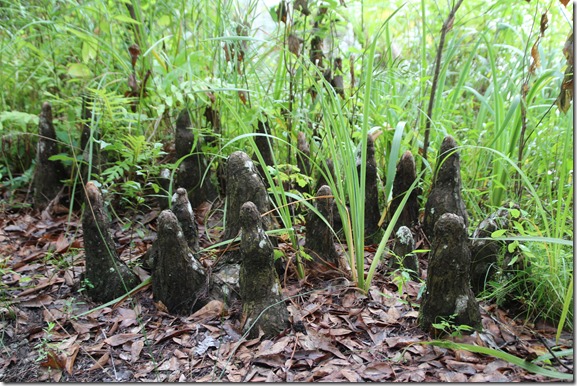 The cypress trees with their knees and the water lilies with their pads were beautiful, swamp though it may be. We told there were many alligators, but we only caught a glimpse of this one. I was disappointed; Elaine was just fine with seeing just this one. 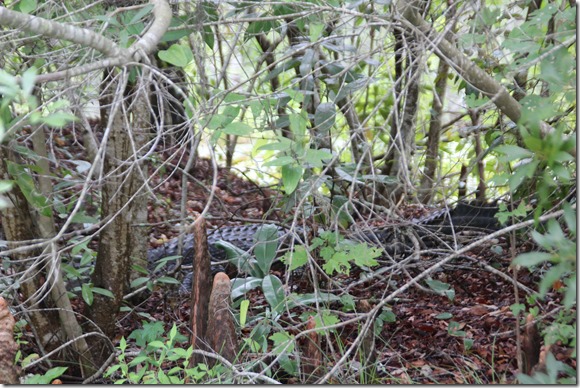 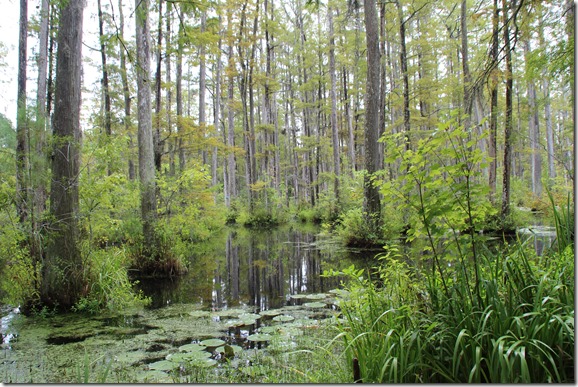 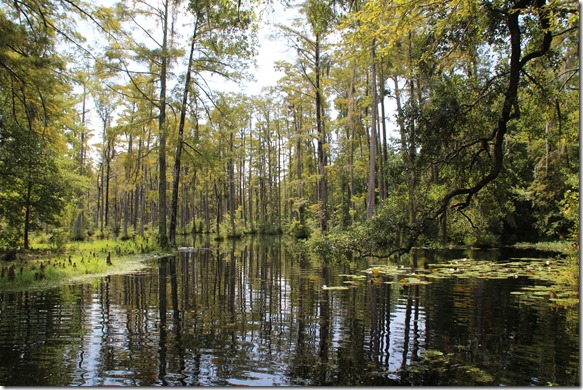 Their butterfly house was hot and humid, but the butterflies liked it. 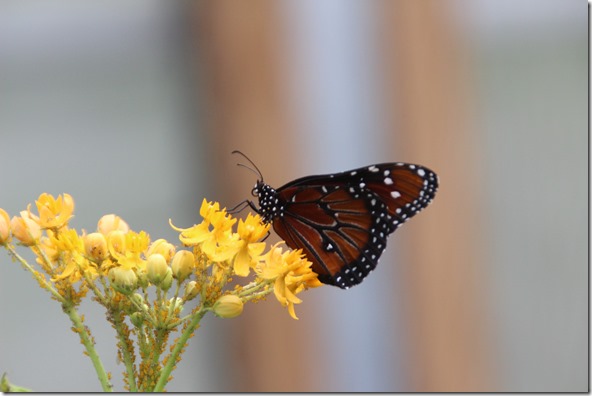 Mepkin Abbey was next, a lush, quiet, less-visited former plantation that is now the residence of 29 Trappist Monks. 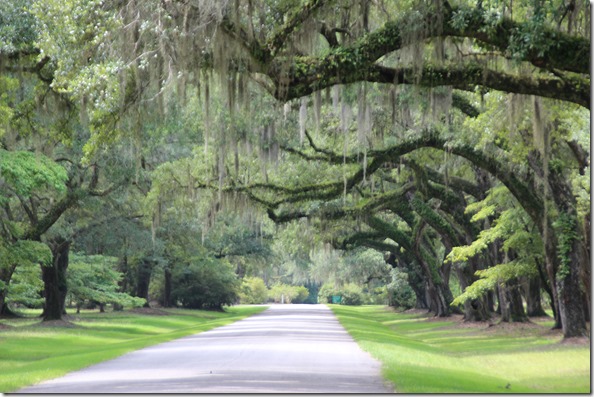 First the rice plantation home of Henry Laurens, the plantation was later the home of publisher Henry Luce and his wife Clare Booth Luce, who, after the death of a daughter, sought solace within the Catholic Church, found it, and bequeathed the place to the Catholic Church, after which it became Mepkin Abbey. Facilities are available for personal or corporate retreats, and mushrooms grown by the Monks can be purchased at the gift shop. Church services can be attended, and they have a concert, the annual Piccolo Spoleto Festival that is well-attended.  I probably wasn’t supposed to, but I took this picture of the organ. 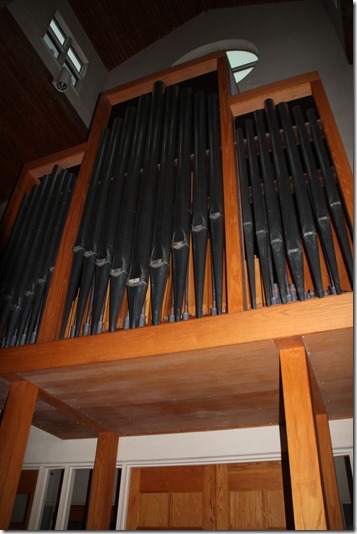 In 1937 Mrs. Luce commissioned landscape architect Loutrell Briggs to design a garden within the ground, but the whole place is stunning, immaculately groomed, and peaceful. 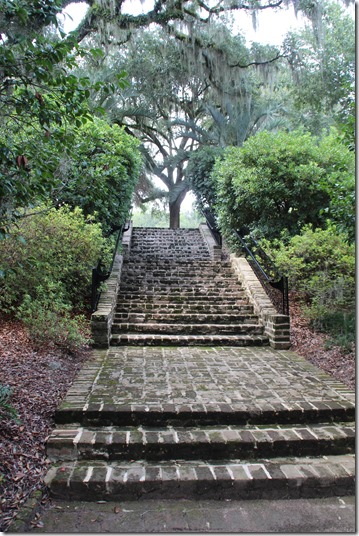 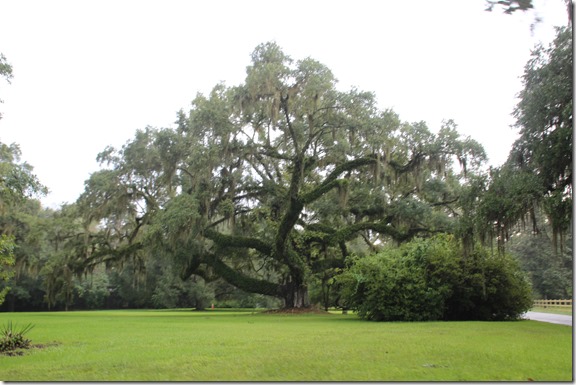 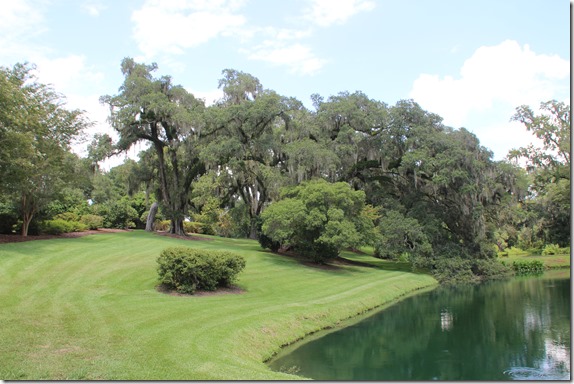 The Luces and their daughter are buried on the grounds. 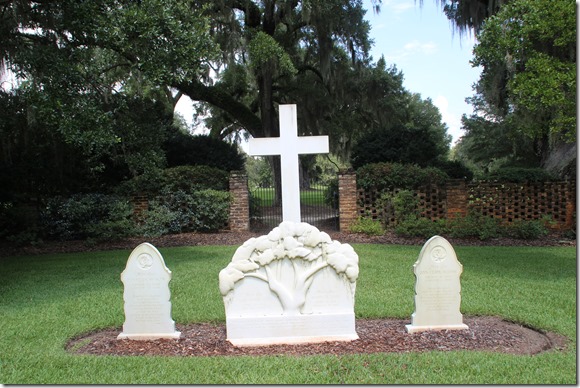 Across this bridge and path, nestled to the back of the property I found another small cemetery. I didn’t ask who might be buried there and have to confess I didn’t venture in to read the headstones. 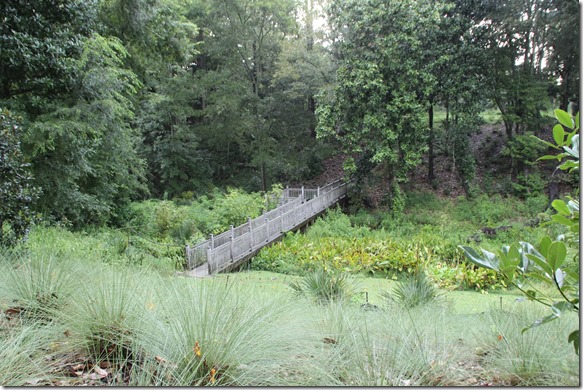 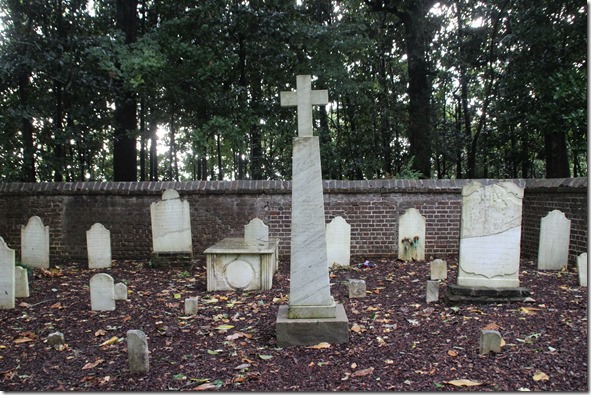 It started to rain-again-and we had taken it all in, so back to town we went for more seafood and a walk through town to drool over the houses, window boxes, tiny driveways and speculate about the existence of tiny hidden back yards. 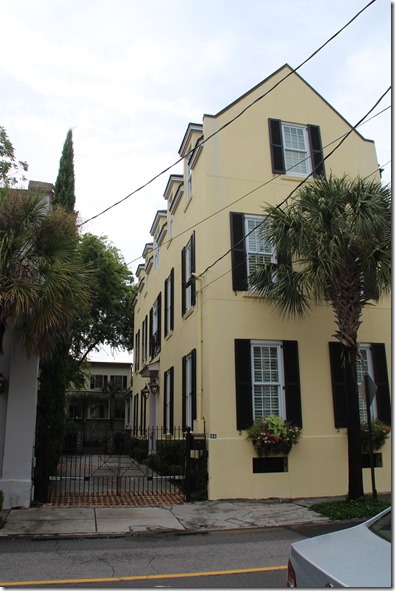 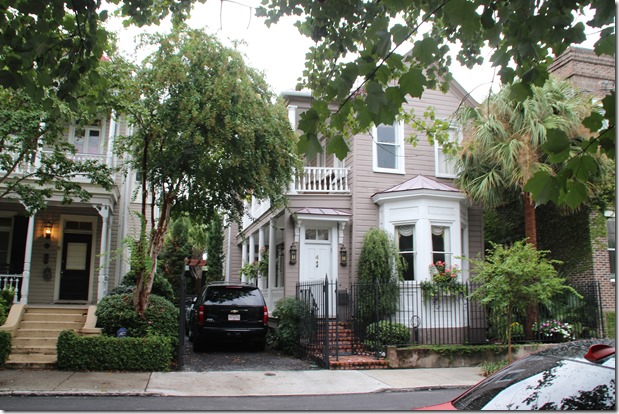