Clean Your Cactus With Your Hair Dryer

Fall brings football season; up here it also signals that it is time to bring my potted cactus and succulents inside for the winter. In my garden, if it is in a pot, it is because it is not cold-hardy. I have braved icy winds and impending snow storms and fought one major dust storm when I have fooled around and waited too long to bring them in. So I have learned my lesson. By the first of October I start the process so I can do it on my own terms at my own speed. I like that because I can take the time to clean them up as I bring them in.

And by the end of summer the pots are littered with leaves and ash tree seeds and other tree debris. Looks messy, doesn’t it? These are just two examples. They all were a mess. 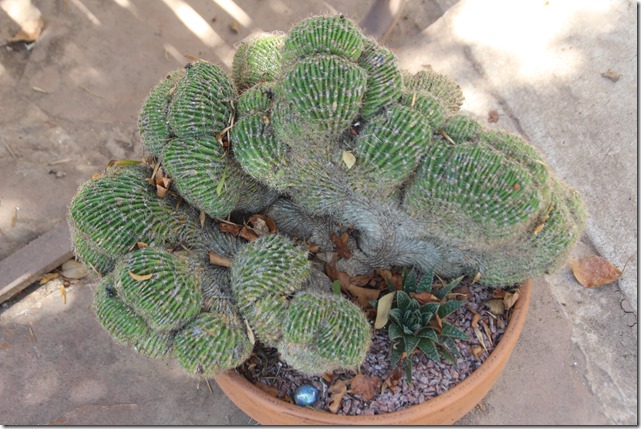 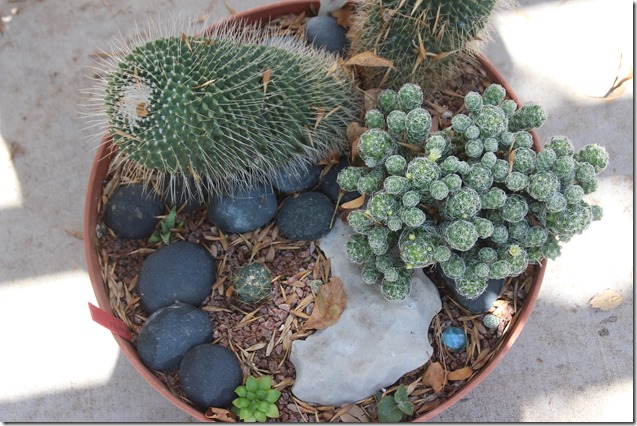 So I painstakingly sit there and one by one pull those leaves and litter out of the cactus spines with my handy hemostat, a medical tool that I bought from a cactus person and wish I had bought three more. I had no idea where to find more of these giant tweezers, so I started looking in antique and junk stores. I looked online, but found nothing exactly like what I had bought. Nothing. Then I realized that I might be able to talk my dentist or even the doctor out of a pair that for some reason they no longer wanted. Bingo! The second and third ones in this picture are not as long as the first one that I bought, but they still work well. Regular eye brow tweezers are better than nothing, but they are a bit short for extracting some leaves from cactus with long and/or thick spines. 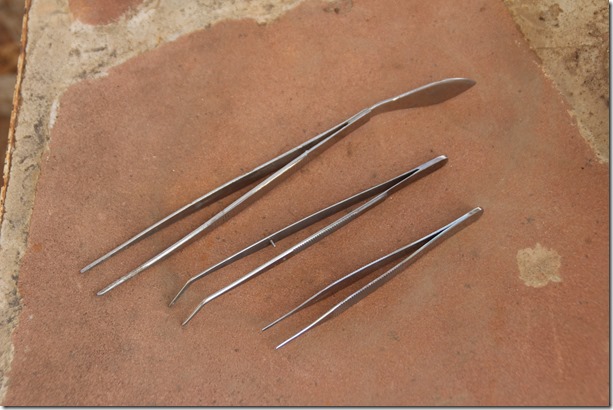 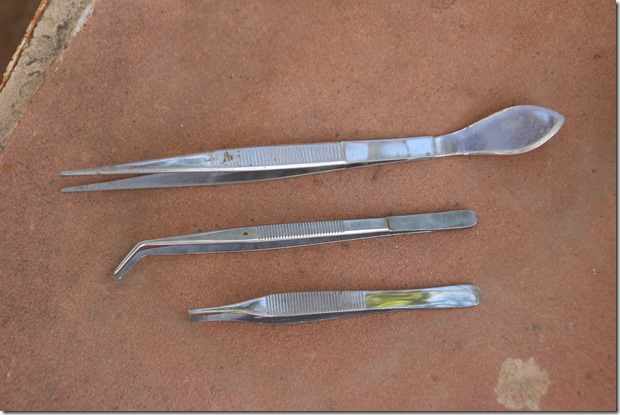 And then when Bill offered to blow the leaves out of the pots with his leaf blower, which would have also blown away the small gravel I use to dress the topsoil, he also suggested using a hair dryer. Well! That helped considerably. No, I didn’t take a picture of the hair dryer; we all know what they look like. I used mine on high setting while holding down the cool button; seemed a bit harsh, even if they are desert plants, to hit them with a blast of hot air. The cactus with the most spines will still need some work with the hemostat, but the dryer cut down my cleaning time enough that it was worth it to drag it out to the workbench to use. 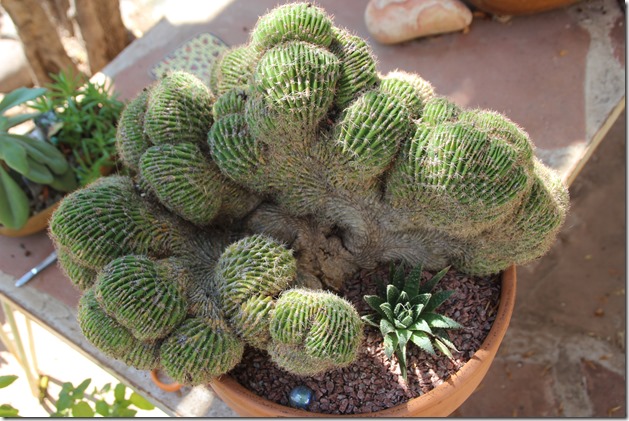 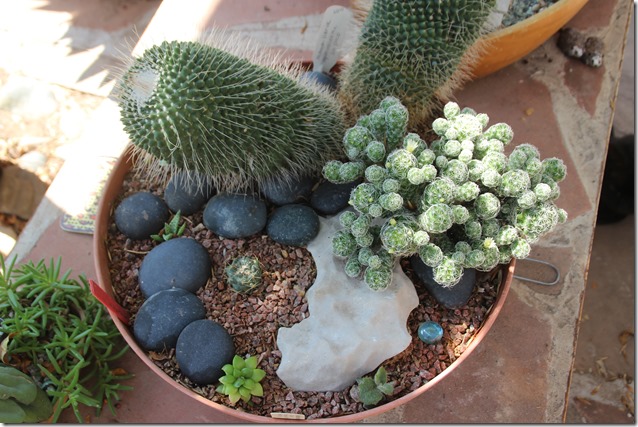 Now, see how much nicer that looks? I clean them when they are outside, but it is pretty much a losing battle when they sit around those trees. But now that I have discovered the hair dryer, I can make a bigger difference with some periodic cleaning during the growing season.

So. Hair dryers and medical hemostats as essential gardening tools. Who knew?