Feeding the Masses at Our Church Ministry Dinner

Well, maybe not the masses, but a mass of people enjoyed a turkey dinner on December 10th at First United Methodist Church in Muleshoe. 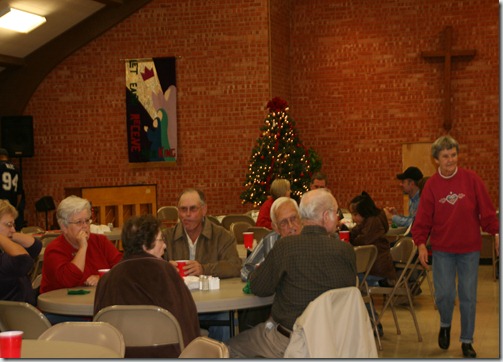 This is the fourteenth year we have invited quite a variety of people to share a meal with us: residents of the nursing home, Meals on Wheels recipients and carriers, Harmon Elliot/Muleshoe Housing Authority residents, community volunteers from Girl Scouts, Boy Scouts, the fire department, police, hospital volunteers, people with limited mobility, people who might be going through a rough time, people who need someone to wish them a Merry Christmas, people we wanted to remember during the Christmas season. 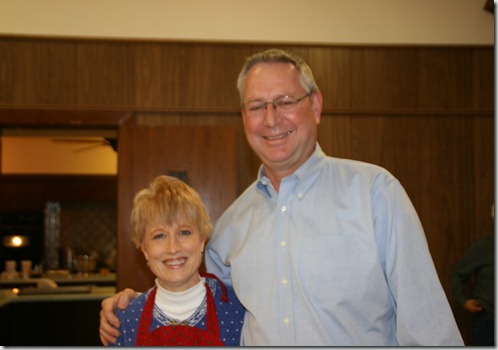 Our pastor Mindy McLanahan and Jay Messenger. This dinner all began when the church was looking for a hands-on ministry to the community, touching lives and, we hope, making a difference. According to Jay Messenger, it is a way for church members to share their blessings with others, and in the process, be blessed themselves. 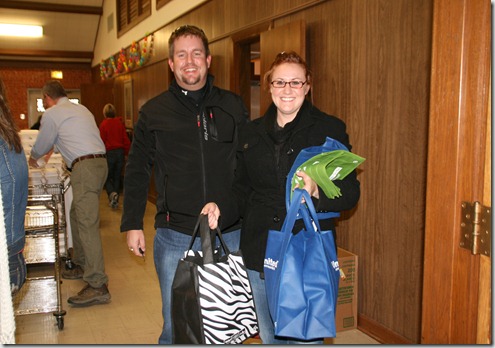 Toby and Raelyn Kitchens loaded with carry-out deliveries to make. The first year of the dinner Jay and Victor Leal got things started, served 125 people, and ran out of food before the workers could share in the bounty. This year 380 plates were filled, 280 of them being delivered. Meals are always delivered, but this year marked an unusually large number of deliveries due to the cold weather. For several years running the number of meals served has reached anywhere from 400 to 450. 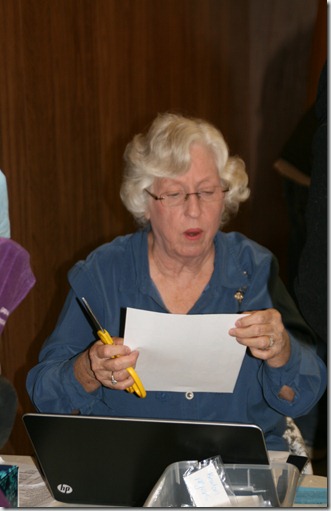 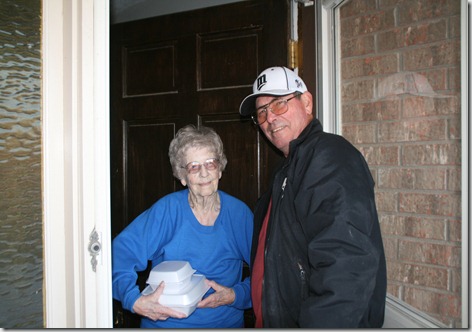 Bill makes a delivery to Mae Bell.
Invitations go out to people, but Magann Rennels is one of the volunteers who is key in making the deliveries a success.  Over the years she has generated a master list and makes over 200 calls  and does not ask people if they would like to be served; instead she asks how many plates do you need? She knows all the tricky little details, like who is hard of hearing and will need several knocks or rings of the door bell, who has trouble walking and will need time to answer the door, and where some hard to find houses are located. 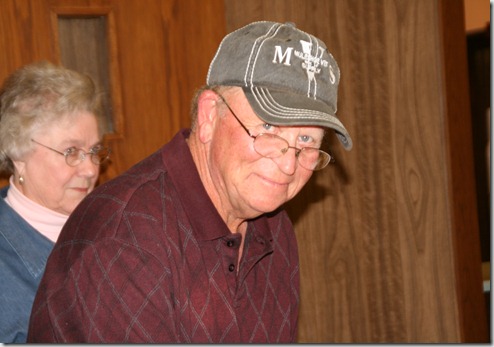 Cliff Black is in charge of the food. This meal does not rely on committees or weeks of detailed preparations, which is part of the appeal and the success of the project. All of the work is more of less done behind the scenes, which makes it easy to participate and share with the community. Jay waits until someone asks, innocently, “Are we going to have the ministry dinner again this year,” which sets the wheels in motion. Jay makes announcements during church, volunteers sign up on their own for various jobs, Cliff Black takes care of the details of the food, Magann makes the calls, the KFC (Kids For Christ after-school program) kids make cards or refrigerator magnets to deliver with the meals, and it all mysteriously comes together. Bill and I made some deliveries, so lots of people came and left while we were gone, but here is just a sampling of the activity during the dinner. 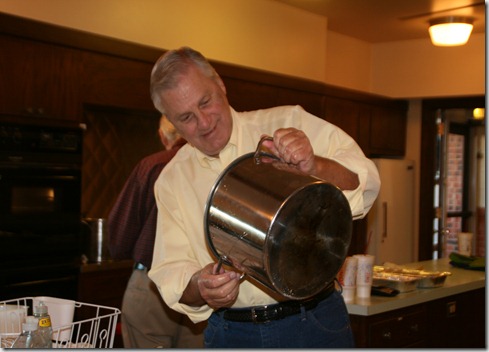 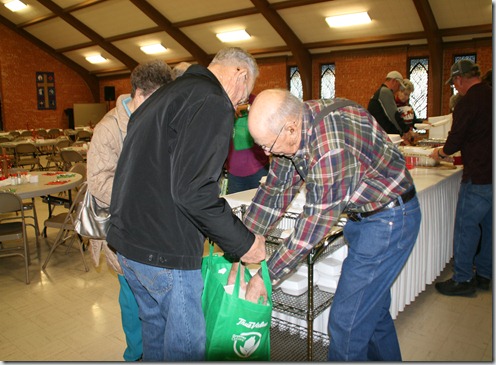 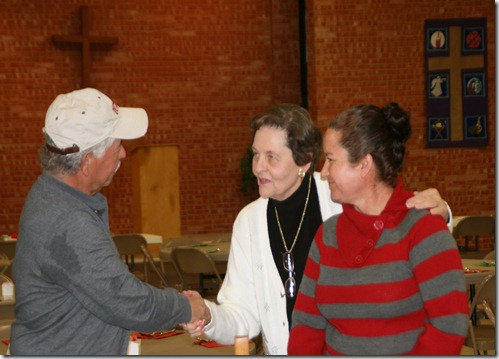 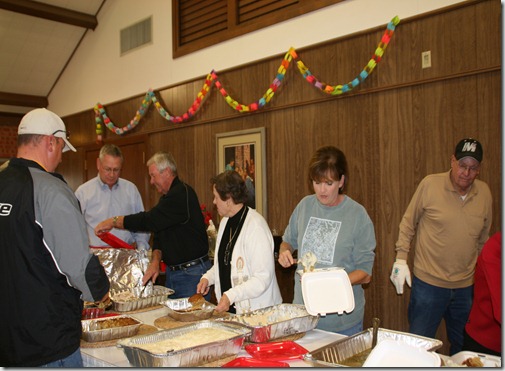 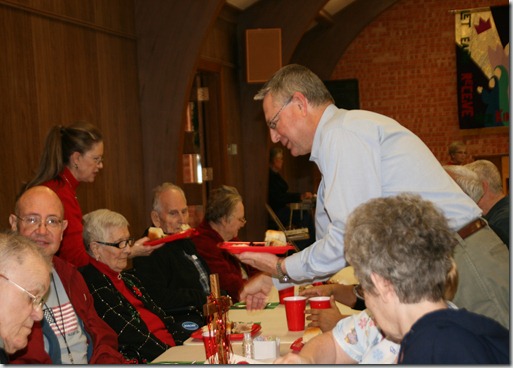 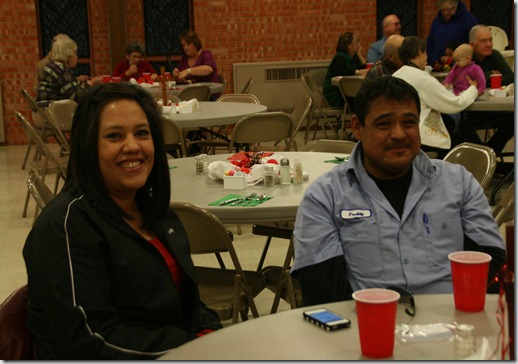 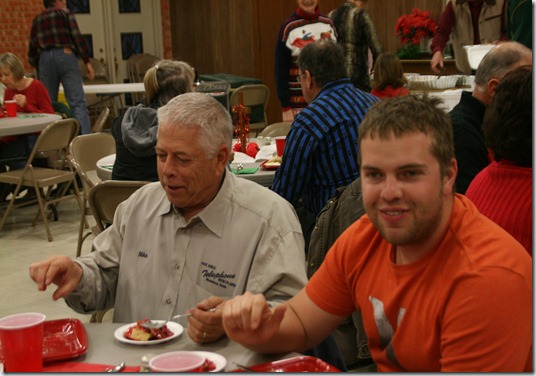 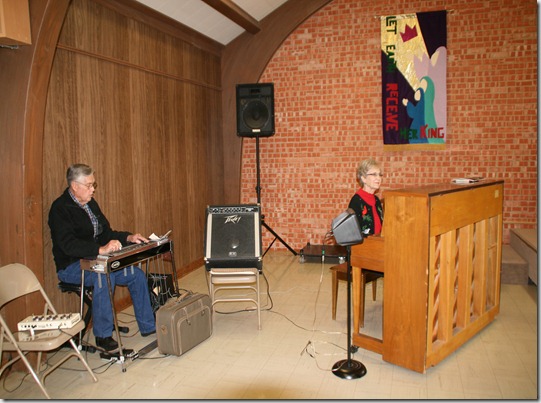 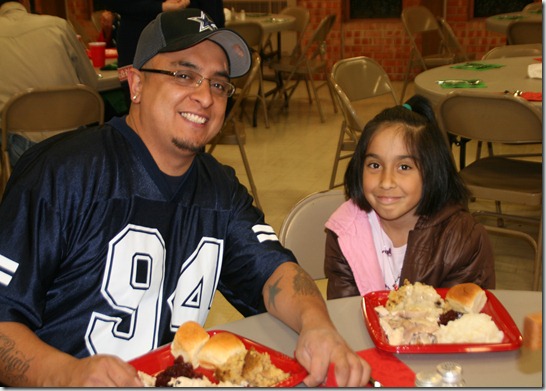 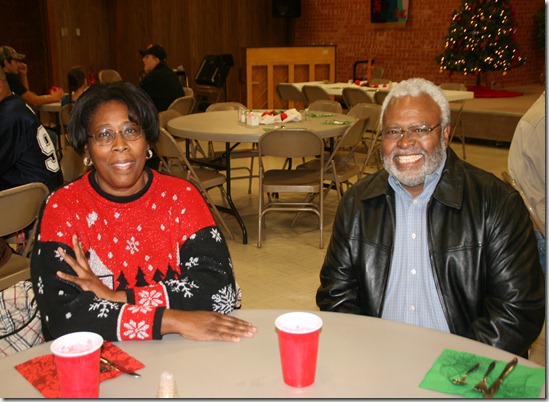 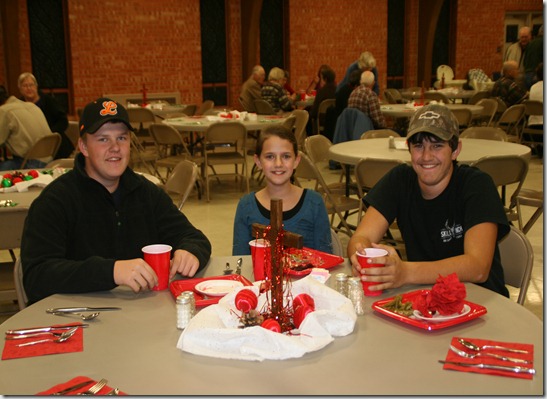 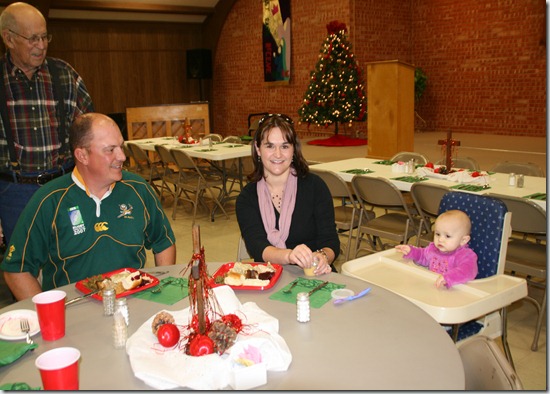 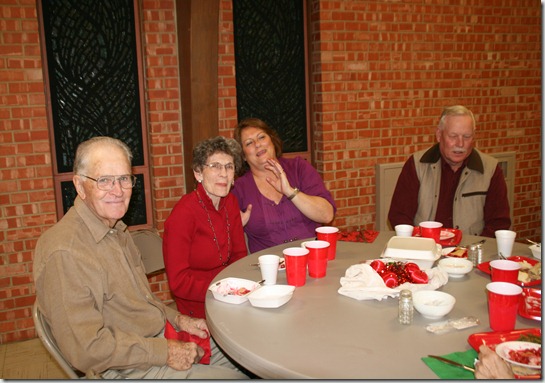 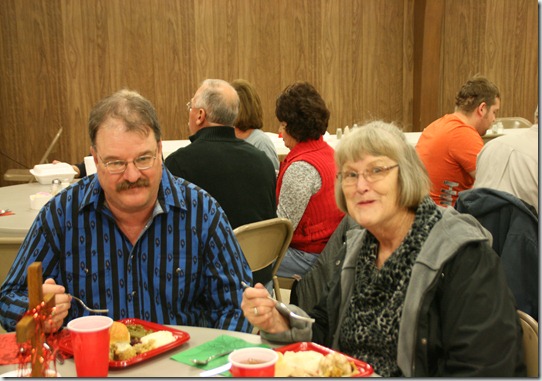 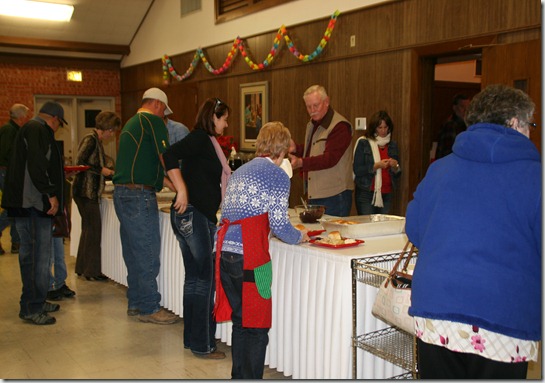 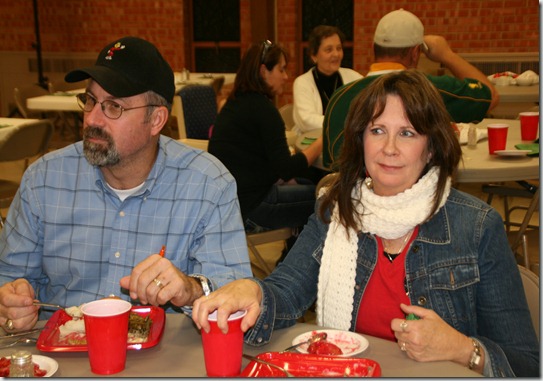 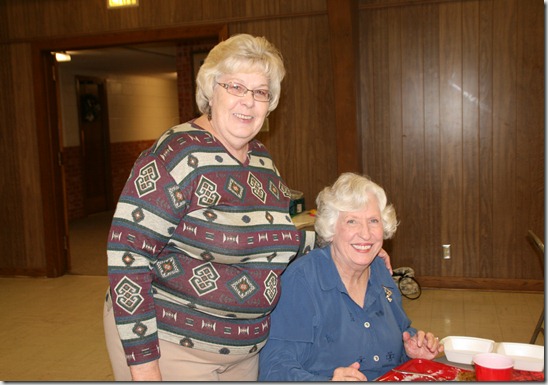 So next year someone will again wonder if we are going to do the ministry dinner, and sure enough, we will do the dinner again. And everyone will go home with their tummies full and their hearts blessed. And that’s a good thing. 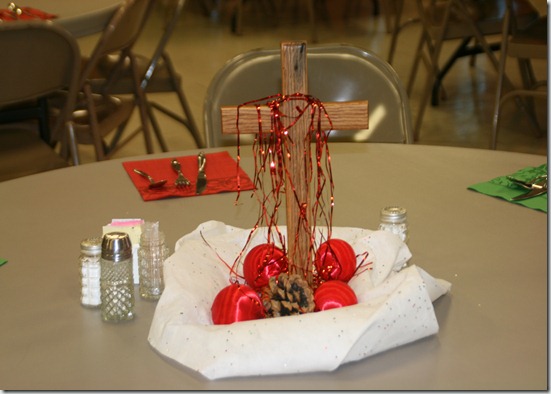 Merry Christmas!   Thanks to Jay Messenger for helping with information for this article.