The Muleshoe chapter of the Texas Classroom Teachers Association continued their tradition of welcoming new teachers to the Muleshoe Independent School District with  breakfast and goody bags filled with items donated by local businesses on Wednesday, August 3rd, at the MISD Administration Office. This breakfast marks the official beginning of the new school year for Muleshoe’s thirty-five new teachers and support staff. I was invited to welcome the new teachers and share a few words about TCTA, what with being a retired Muleshoe teacher and having been a TCTA member since 1980 and active at the local and state level, and, co-incidentally, being the CTA member who started the idea of the goody bags sometime in the ‘90s, way back last century! It is always nice every year to see that the current local leaders have kept the tradition going.

The breakfast is the first of the in-service days for the new teachers. After everyone had time to eat and visit a bit, Dr. Richards, MISD superintendent,  introduced the administrative staff and Val McCamish introduced the local Classroom Teacher officers and members there to help with the breakfast and bags. Val is president of the local CTA, April Smith is the vice-president, Angela Reyes is the treasurer, and Cheyenne Cage is the secretary. Members Christy Montiel and Vanessa Ramirez were on hand to help organize and serve the lovely breakfast dishes provided by several local members; Christy and Vanessa, along with members Belinda Head and Vicky Garza, helped the officers stuff the bags the day before. I got to help with that, too, and it was fun to see all the neat things shared by twenty-six generous businesses and churches here in Muleshoe. 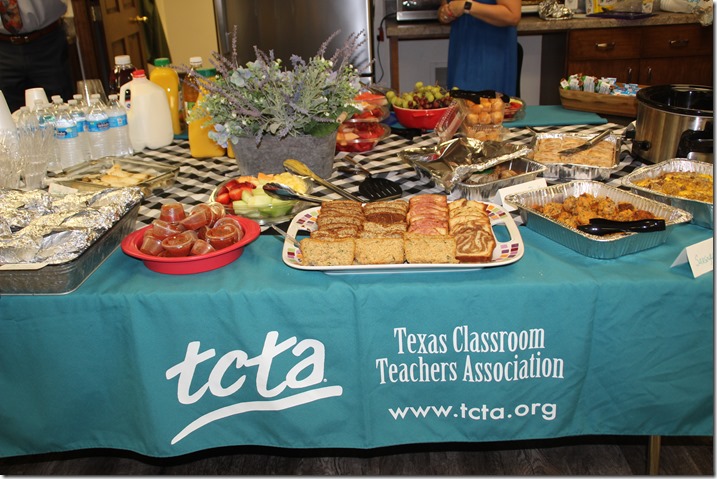 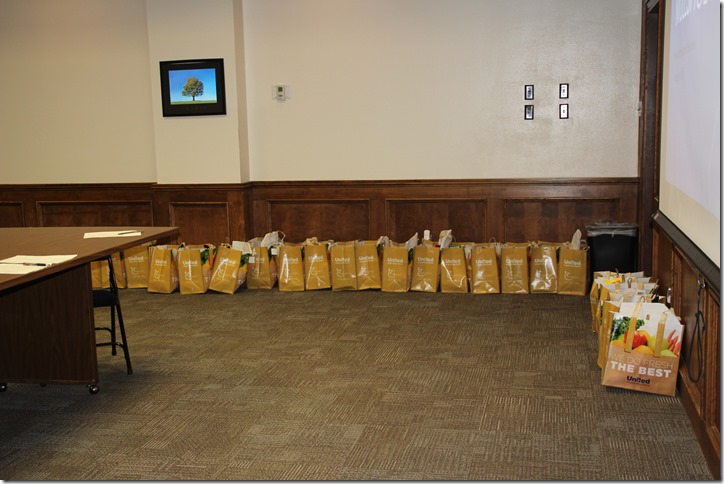 Dr. Richards involved the new teachers in the introductions by having them turn to the person sitting beside them, get to know them a little, and then introduce each other to the rest of us, as Phelicia Ruvalcaba and Brandt Davis did after learning where they were from and what subject they would be teaching on which campus. 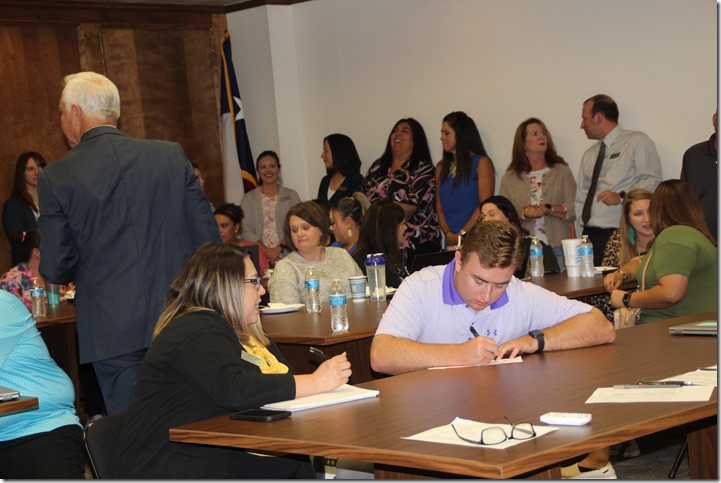 President McCamish then talked about TCTA and the benefits of becoming a member, as did Angela Reyes, who along with serving as local treasurer, has been recently elected on the state level as a Director at Large on the TCTA Board of Directors. It was then my turn, and I added my thoughts on the value of a TCTA membership and my opinion that the new hires will enjoy teaching in a small school district like Muleshoe.

It was also my pleasure to announce that Muleshoe High School principal Cindy Bessire has been named Administrator of the Year at the state level by TCTA.

After the officers passed out TCTA membership pamphlets, it was time for the goody bags. New teachers are basically grown-up kids, after all, and experienced teachers know that you don’t give kids a bag full of fun stuff and then expect them to listen to what you want to tell them! So, now that all the talking was done, every new person got a bag full of little treasures that would  help them get acquainted with the businesses at their new place of residence. 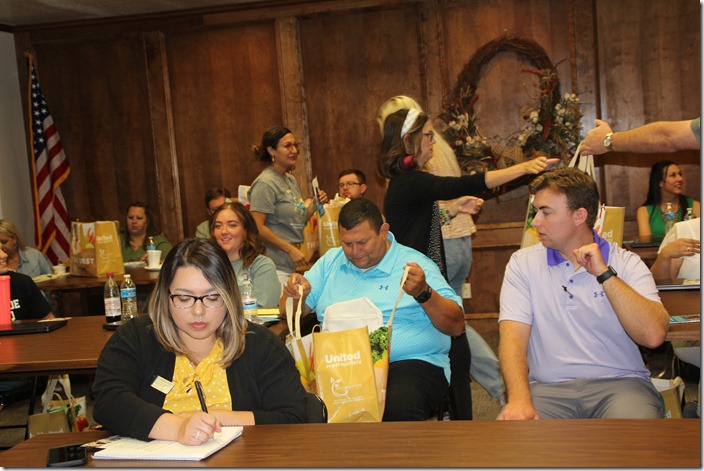 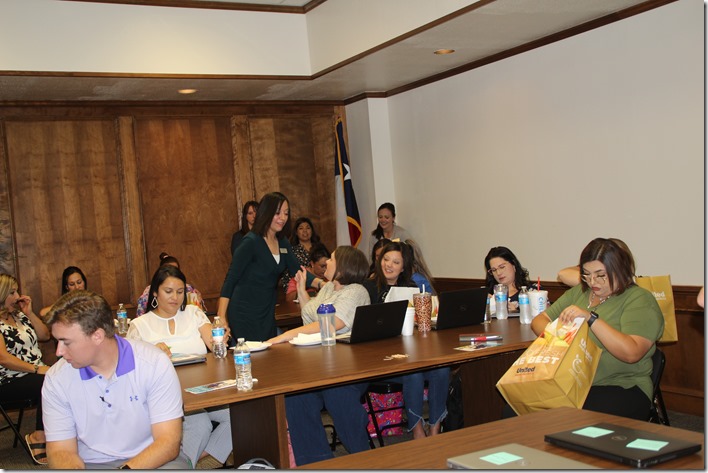 When the bags had been distributed, it was time for CTA members to depart so the new teachers could get into their new jobs, jobs that I told them were the most important, difficult, frustrating, and rewarding jobs they could have chosen.

And we are glad they chose to pursue those jobs here in Muleshoe.