I happened upon a batch of soccer games last Saturday. Kids were scurrying around chasing balls all over the place! I was intrigued, so I thought I’d find out how that all came about. 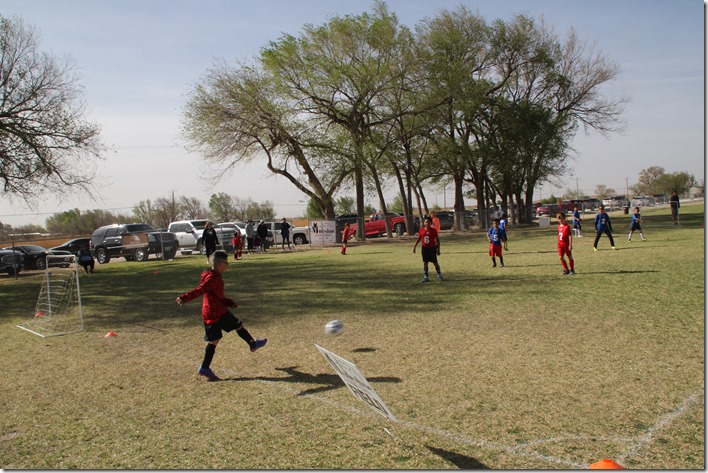 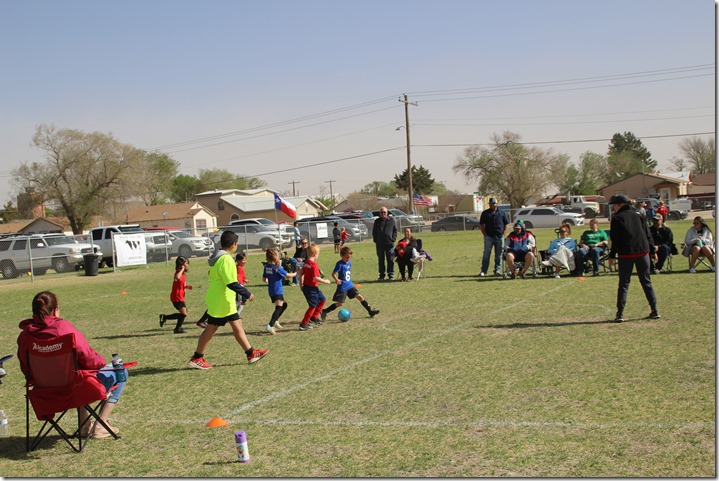 Well, it seems back in 2016 Raul Mata was looking for sports for his kids to play and signed them up to play soccer in the Clovis league. Which they did. Then 2020 happened, and the world shut down. When his son asked if he would get to play in the fall of 2020, Raul admitted he didn’t know if that would happen because of Covid.

Raul talked to some other parents about starting a league in Muleshoe and posted on Facebook about it. He received positive feedback, scheduled a meeting and had a good crowd show up. That got the ball rolling, no pun intended-or maybe so! Sponsors were lined up, equipment was ordered, and the Panhandle Youth Soccer League was born. The goals of the independent league are to give kids sports options, learn about soccer, and mostly, have fun. 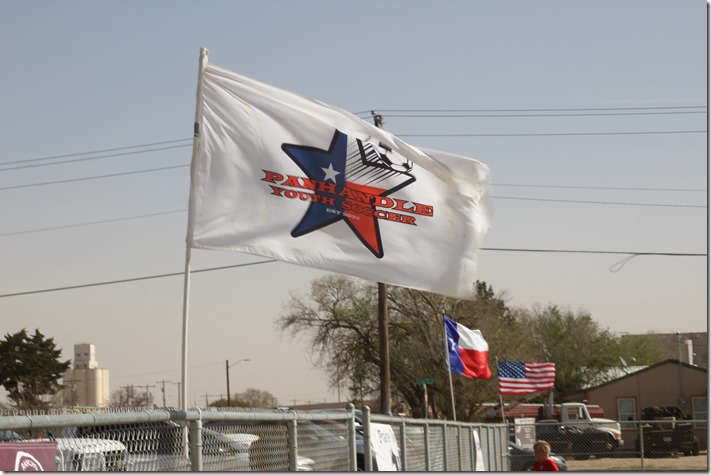 Muleshoe boys and girls make up the bulk of the players, but Sudan, Lazbuddie, Farwell, Bovina, and Springlake-Earth have are also represented on the teams. Teams are divided by age groups: 3 1/2 to 4; pre-K and Kindergarten; first and second grade; third and fourth grade; fifth and sixth grade. The league started the season with approximately 260 kids that make up twenty-eight teams. That’s lots of little bodies running hither and yon after that ball! The games last about an hour with four fifteen-minute quarters, depending on the ages of the kids. Pre-K and Kindergarten play 15 minute halves, first and second play 20 minute halves, third and fourth grade  play 25 minute halves, and fifth and sixth play 30 minute halves. 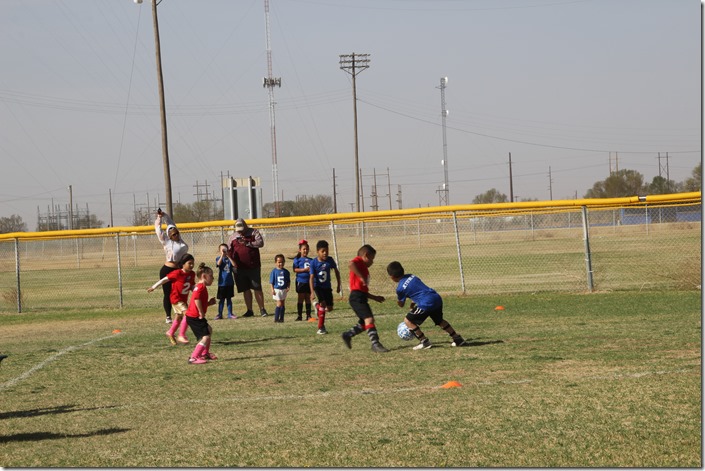 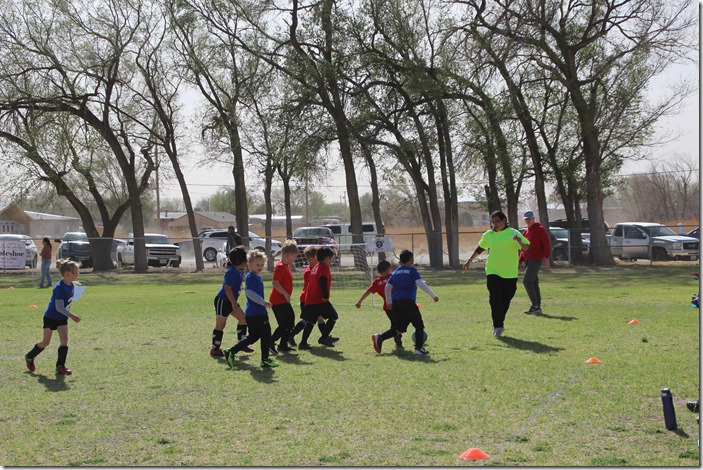 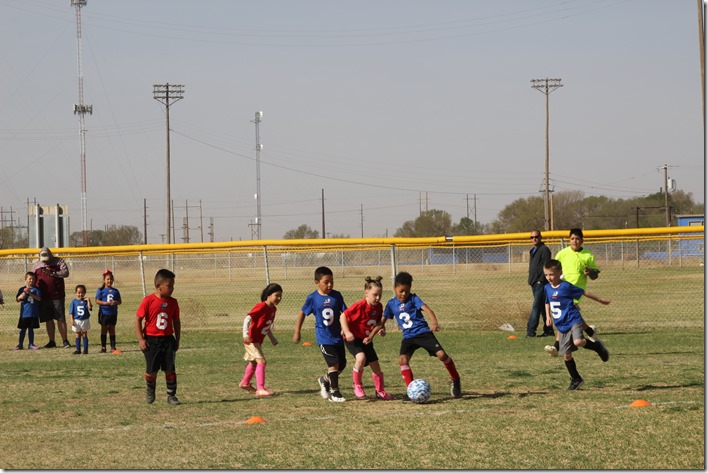 Raul Mata is sort of the president in charge of the organization, but he laughed when I asked for a list of officers because everyone just does whatever is needed. But some of the parents that he named included Beverly, his wife, James and Heather Hancock, Monse and Marybeth Melendez, Dr. Mark and Jenelyn Summers, Wally and Rose Guerra, Raul Muniz, and Veronica Munez.

The day starts early, Heather told me, when several parents show up at 7:30 to mark off the fields by sponsors, put out flags, and get everything ready. The games start at 9 am with the last one starting at 1:30, so it’s an all day affair. Food trucks are always available, some of them sponsors, and take turns providing goodies for fans and players. 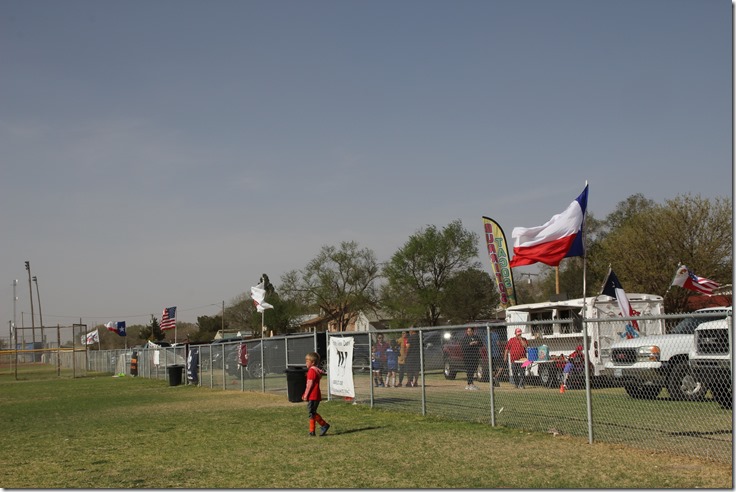 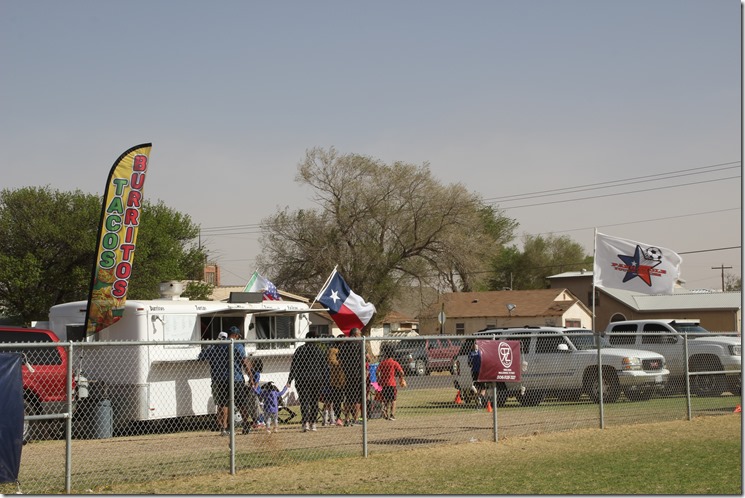 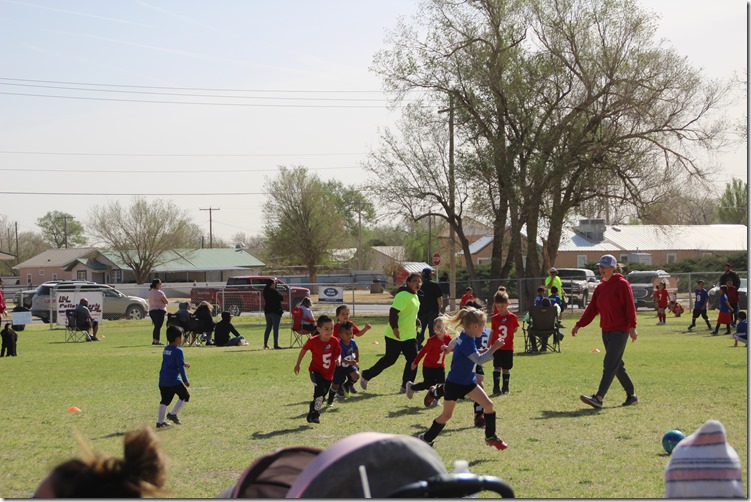 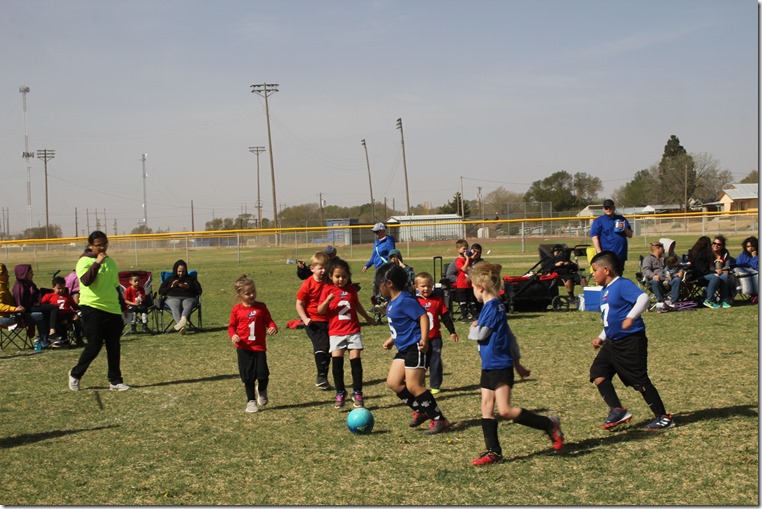 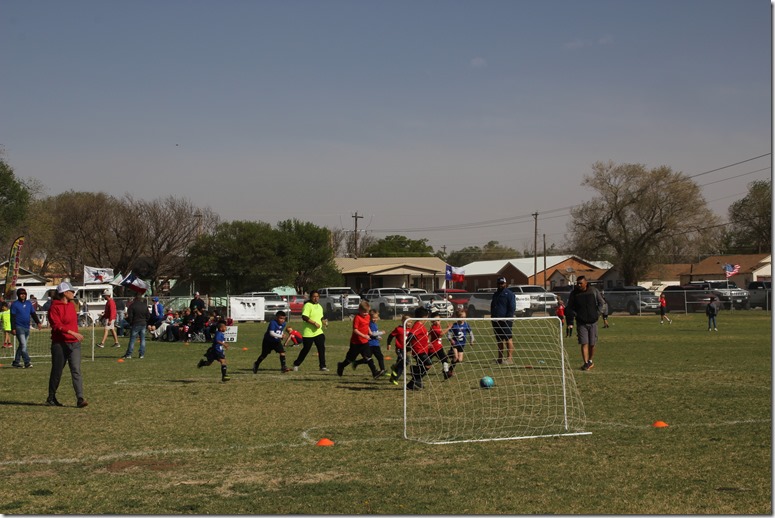 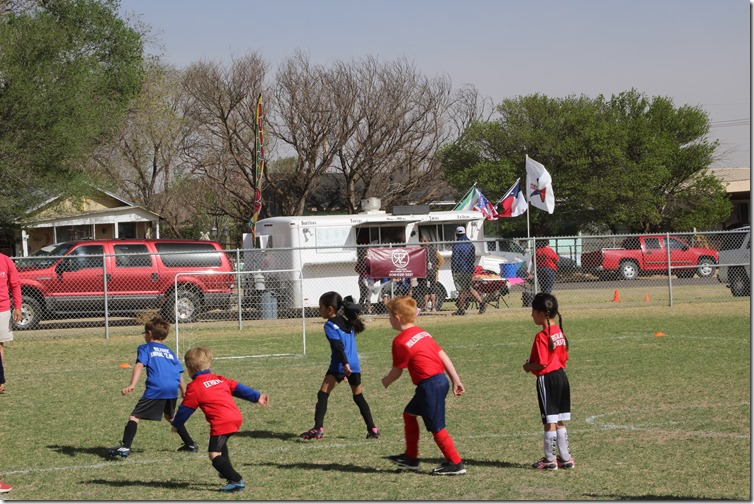 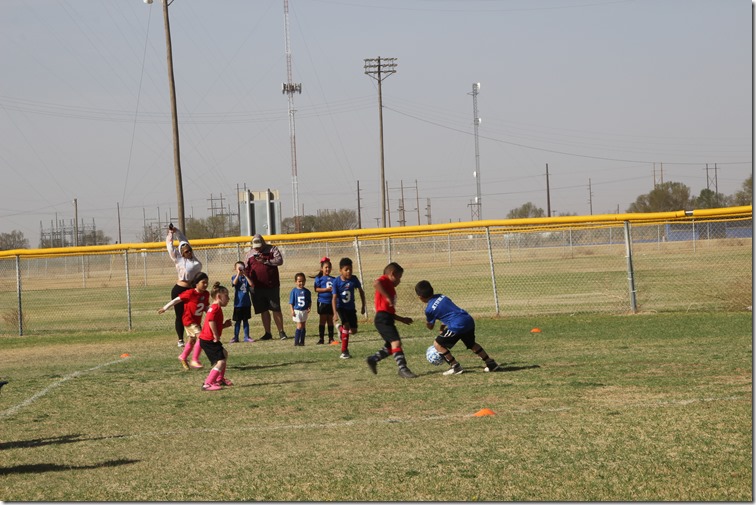 They have a fall season that starts in September and a spring season that, this year, will end Saturday, April 30th in the open field at the south end of Main Street where the old Boy Scout hut used to be.

So if you need some entertainment Saturday, the 30th, grab your lawn chair and head out to the soccer games. Championship games will be played to end the season. 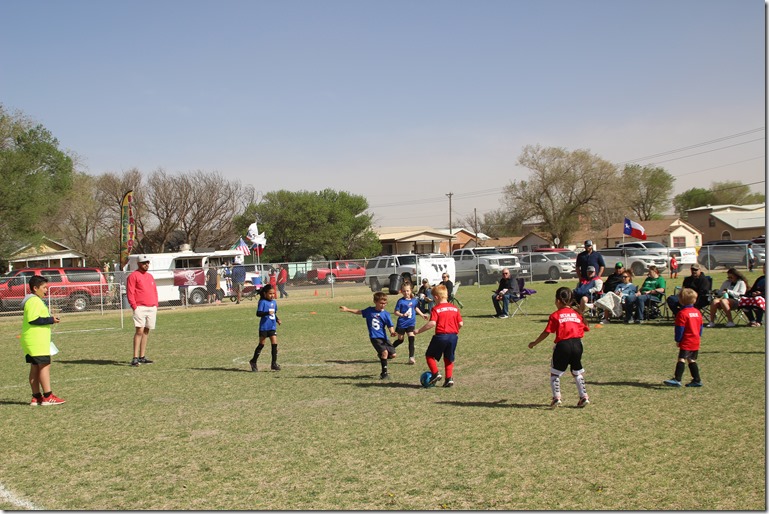 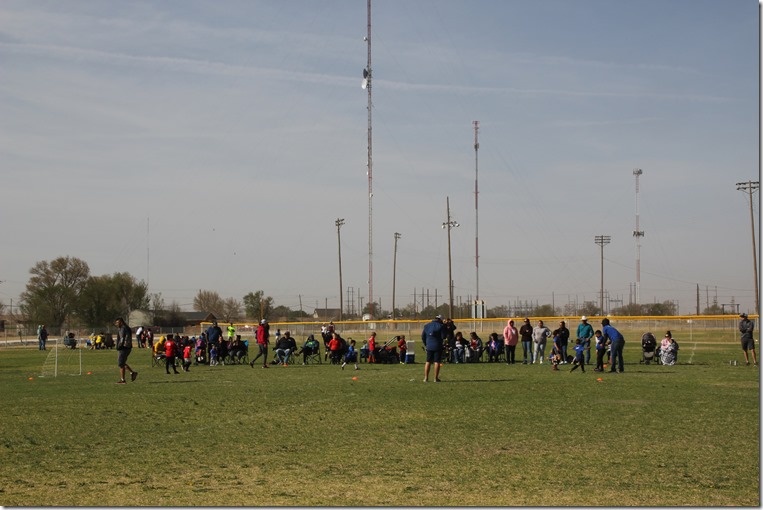 And then the ball changes; it’s baseball season! But don’t tell Callum Summers. He likes his soccer ball. 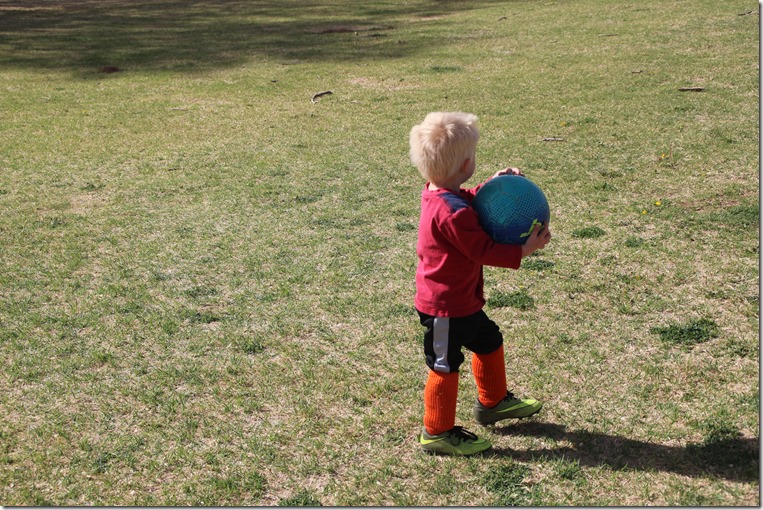 Thanks to Raul Mata, Nellie Zaragoza, Heather Hancock, and LeAnn Gallman  for their help with this story.