The only memento from my daddy’s shop that I had the foresight to keep is a cast-aluminum loading dolly  I do so wish I had kept a few more things, like the squatty aluminum Igloo-brand water cooler that always held ice water for Frank, George, Bob, and Daddy, and anyone else on the job every work day. And they all had their own indestructible drinking mug that went with them on every job. The cooler was usually full of ice water even at the house if there was outside work to be done. Always ice-cold water, never room-temp. I think that is why I always expect a glass full of ice when I drink something cold. A full Igloo cooler required a trip to the ice house to buy a block of ice and have it crushed to put in the cooler, and then water was added. Trips to the ice house were always in order when we had anything to ice down and keep cold, and when we made homemade ice cream, too. I remember that ice house. 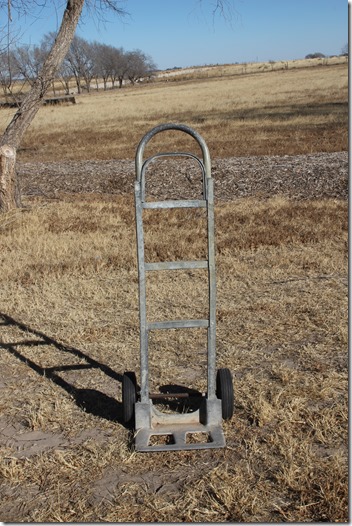 But I digress. I’m not sure just how it was that we wound up with the dolly, but we use it all the time,  and it is getting some age on it. I mean, it has to be at least as old as I am, give or take. And it just keeps helping me move rocks, big pots of cactus, medium-size tree stumps, buckets of gravel, dirt, whatever is too heavy for me to carry if Bill is not around. He uses it, too, but I always rely on it when working in the cactus garden. That dolly and I have moved many a landscape rock. 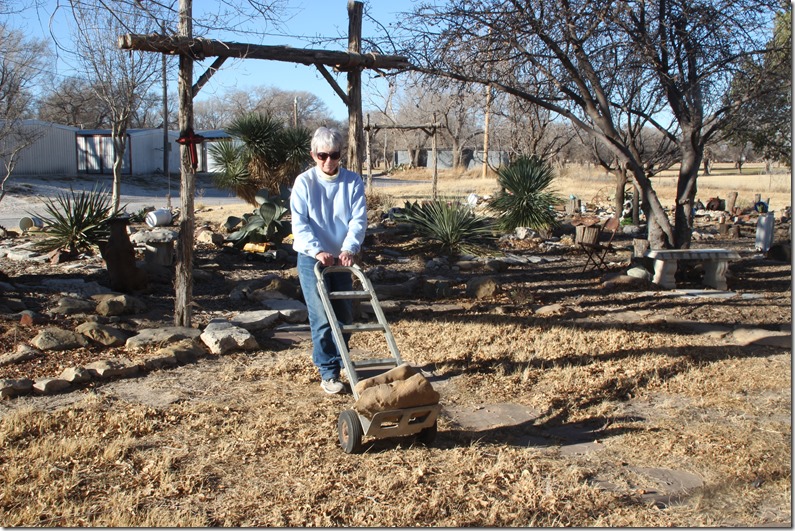 The frame is heavy aluminum tubing, and I know the tires are solid rubber, the original ones. They just keep on rolling right along. 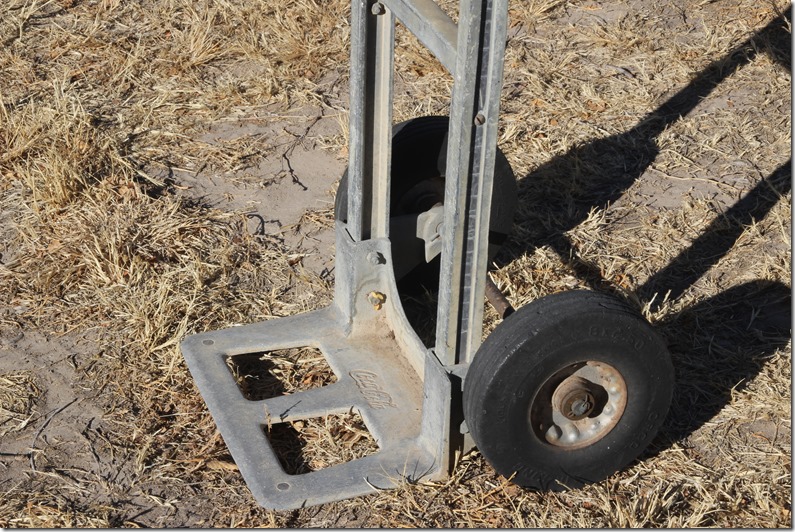 Daddy had a welding shop, Southland Welding Works, a really big building in my childhood memory. Maybe not quite as big as a small child would remember it, but plenty big. I think he started out pretty much a welder when he went into business for himself, one of the many skills I guess he might have learned while working for Sinclair Oil Corporation during WW II. Working in the oil industry was considered a critical wartime job, which kept him from joining the armed forces; he did his part here at home. But he didn’t just weld pieces of pipe and metal together; he built things: trailers, ramps, fences, whatever someone needed. But as time went on, he also laid major water, sewer, and gas pipelines which became the mainstay of the business. Later, he sold the shop and business and became a pipeline construction inspector for a large firm in Houston. 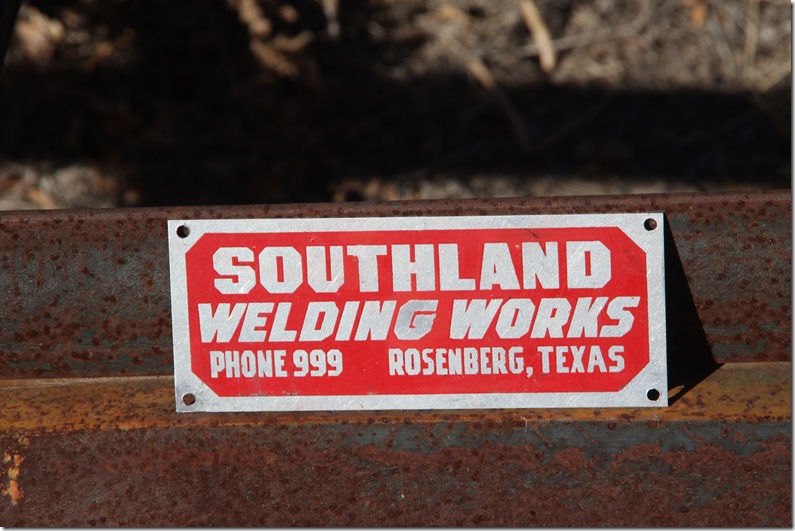 He always felt that welding was an overlooked art, and there was more to it than just sticking stuff together. Before he would hire anyone who called himself a welder, and the applicant was always a man back then, Daddy would ask him to make a funnel. He would hand him a plain, flat, square piece of metal, point to the welding machine, and see if he knew enough math and enough about the whole process to produce a usable funnel with neat points of connection.

A Coke machine stood next to the office door, full of cold little bottles that cost 10 cents. A dime is what I remember; they probably started out at a nickel when the machine was first put in. But I think Daddy wound up giving away more of them than he sold. I can remember turning the empty bottle over to see the name of the town where it was bottled imprinted in the bottom of the glass. That dolly was no doubt used to move cases of Cokes from where they were stored to be put in the machine, and along the way, just became a part of the shop equipment, taken for granted and always expected to be there when needed for the cases of Cokes, and perhaps a variety of things that were easier to move by this convenient dolly than carried by hand. 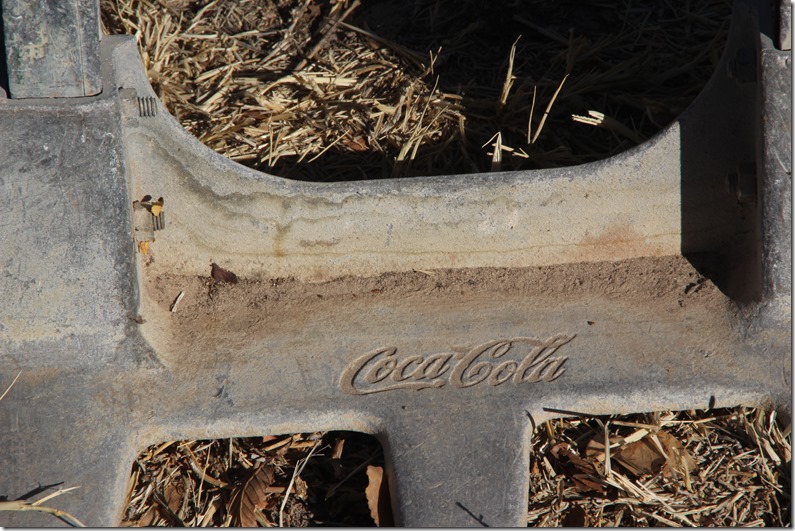 I also didn’t manage to come away from that part of my life with a picture of the shop or Daddy at work. Somewhere in that ubiquitous box of family pictures we all have tucked away there may be one just waiting to be found, but so far I have not come across it. I have pictures of him, but just not at the shop or in work clothes. But I do have this picture of him during the time he worked for Langford Engineering in Houston. And those were his work clothes for that job. 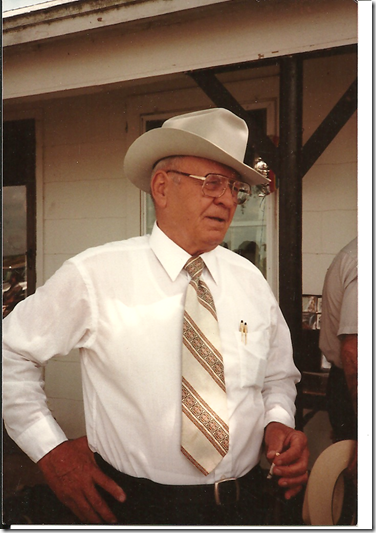 So the dolly and I will continue to move things when the need arises, and the two of us will continue to age as we go. And it will outlive me. I suspect the dolly will be moving things for Daddy’s grandkids, and I hope great-grandkids and more, long after I am gone. 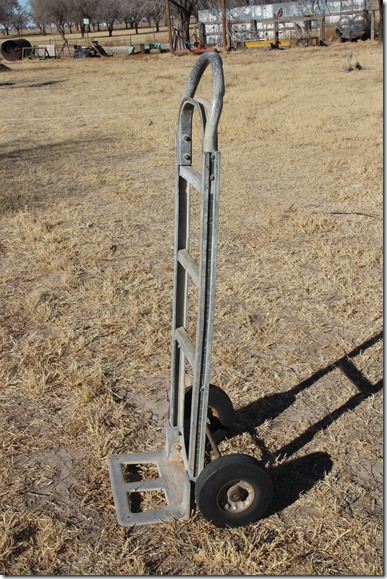 This dolly may be just a simple piece of equipment, but this one carries memories with it. With proper care and appropriate use, it should, years from now, continue to carry memories of Daddy along with those rocks, but also maybe a few memories of me for my kids. 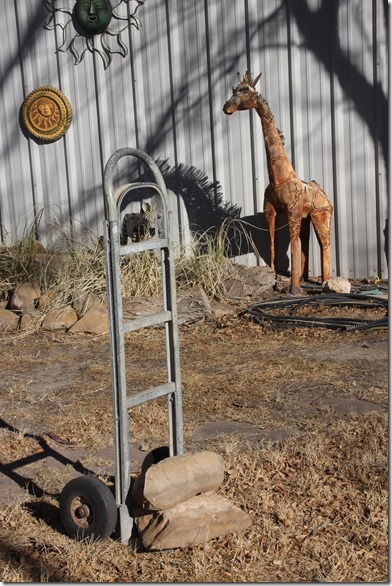 And thanks for passing it down, Daddy.