Boxes full of Christmas decorations came out of storage after Thanksgiving, and the process of creating holiday twinkle and shine commenced. I dug through one box and took out a Christmas memory that hasn’t missed many Christmases, my very plain, plastic, worn-out nativity set. 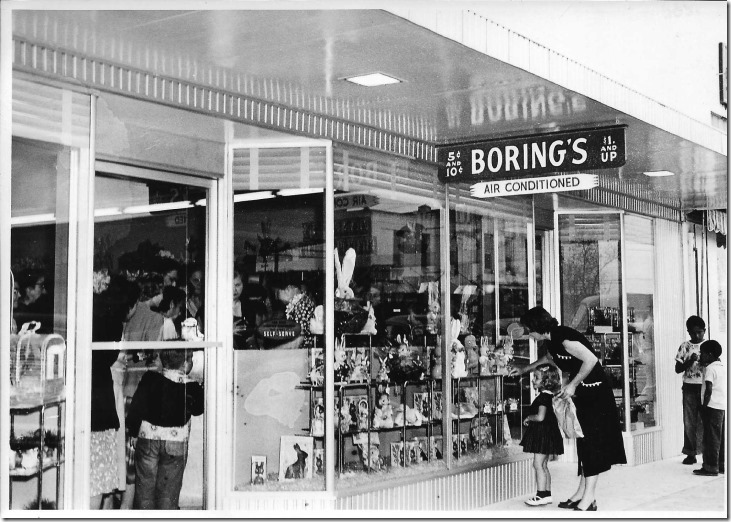 At some point in the part of my early childhood that would have taken place during the 1950s, Mother drove me downtown to Boring’s Variety Store, or as I remember calling it, the Five and Dime store.  This would have been before Woolworth’s came to town sometime during my teen years. But in my younger years, Boring’s was a busy place.

I remember going in straight to the Christmas decorations and stopping at the nativity sets. Well, as I recall, they weren’t in finished sets; you could come up with your own cast of characters and animals to go with the Holy Family and a couple of sheep that were already glued into the simple cardboard stable which was topped with a glitter-covered star. Separated by long partitions of glass stood neat rows of identical plastic figures of three different wise men, camels, cows, donkeys, lambs, and maybe more animals I have forgotten about now, all separated and lined up by the partitions. I gathered up the wise men, three camels, and all the animals that were offered and couldn’t wait to get home and set up my nativity scene. 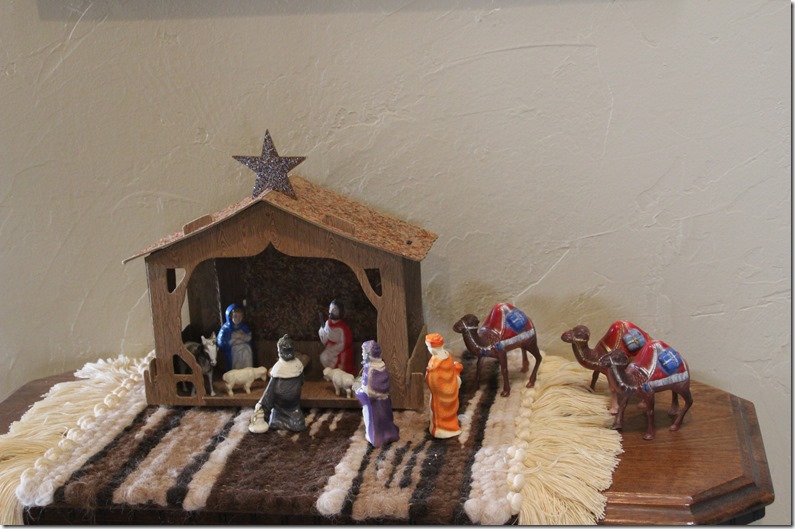 Mother found some excelsior that we cut up and spread around the Holy Family to make it look like a real stable. Later she came up with a single night-light bulb on a short cord that we put in the space behind the baby Jesus in his manger. I chose a blue bulb, and it gave a nice, soft blue glow in the scene.

I would move the animals around from time to time during the holiday playing with the look of the diorama. But the light would always be on and the stable always looked peaceful. And for as many years as I can remember, that little nativity was always a part of our Christmas decorations.

After Bill and I married, I honestly don’t remember if Mother put the nativity out or not when we would have family Christmas; I think probably she did.  But when Caroline and AJ came along came along and we started our own holiday traditions and decorations, at some point, that little nativity came to our house. I don’t know if the kids would remember it from then or not, but I think I tried to make sure it was on display since, after all, Jesus is the whole point of the holiday. Over time the cow and some of the other original animals disappeared, the excelsior became less and less, and I have no idea what happened to the nice little blue light. But the stable and the principal players hung on. The stable is about to fall apart, and I keep taping the pieces back together, but it still graces a table somewhere in the house.

Nobody in the family really cares about it, I suspect, and wouldn’t miss it if I didn’t put it out. But it wouldn’t be right if it wasn’t there to remind us of the real reason for Christmas. 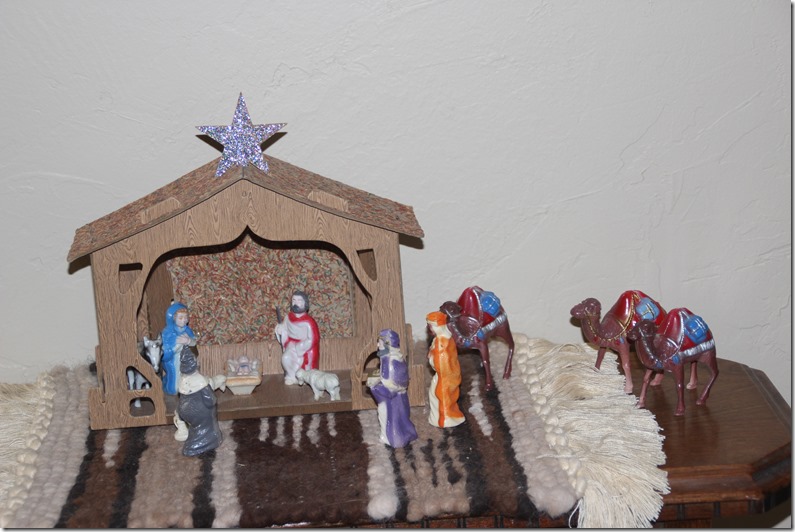 Blessings and Peace; Merry Christmas to all.