Twelve miles east of Lazbuddie at the intersection of Highway 145 and FM 503/504 just past where Parmer County gives way to Castro County, a community called Big Square thrived, for a time,  on land that used to be part of the XIT Ranch. Big Square is now gone, but descendants of the original families who lived there are still with us. 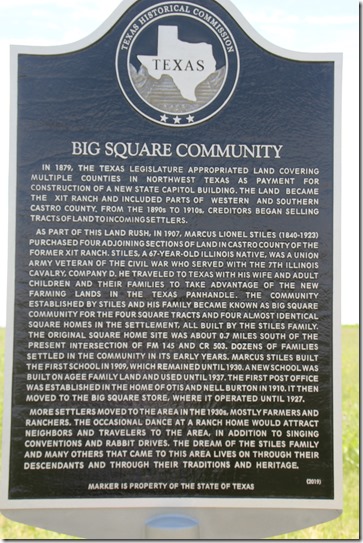 Dr. David Wyer’s great-grandfather Marcus Lionel Stiles fought in the Civil War as a Union soldier in the Illinois 7th Cavalry, Company D. Marcus farmed for several years in Illinois and later in Iowa before being lured to Texas during a 1907 land rush created when a group of men were given a part of the XIT Ranch in exchange for construction of the capitol building in Austin. Wanting to keep his family together, Marcus bought four sections of land to divide up between his adult children. 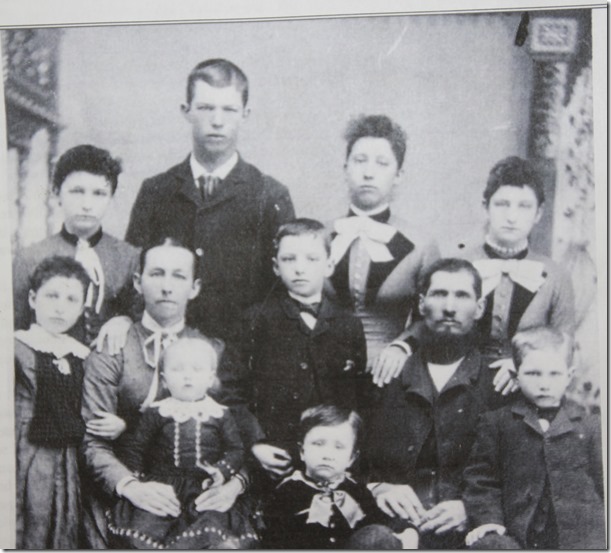 The grandfather of Dr. David Wyer, William Grant Wyer, who married Emma Stiles, was one of those early settlers. His son H.J., Dr. Wyer’s father, came to Texas with W.G. and Emma and the rest of the Stiles families when he was thirteen in 1908. They traveled to Hereford by train, and then from Hereford hauled necessary supplies and equipment by wagon to the four sections of land Marcos bought. They then built four homes, all square-shaped, two-story houses. Those houses as well as the four square-shaped sections of adjoining land are what gave the community its name. 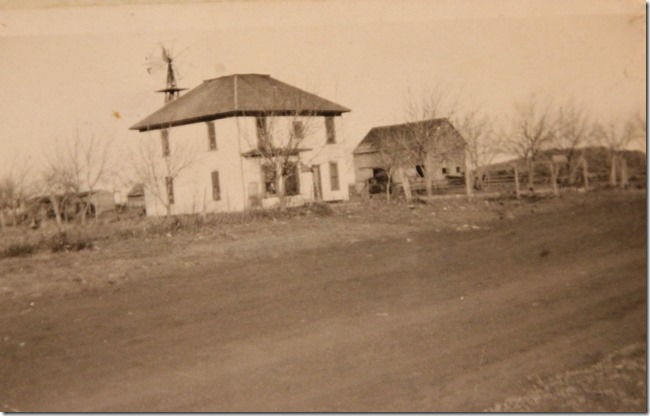 In the northwest section of land W.G. and Emma Wyer had one of the two-story square houses and  Andrew (brother of W.G.) and May (Stiles) Wyer had a one-story home. In the northeast section of the land C.W. and Phoebe (Stiles) Mick had a one-story house, and Otis and Nelle (Stiles) Burton had a two-story house which also housed the first post office in 1910.  In the southwest section of land Ferguson and Minnie Stiles and the Stiles’ parents, Marcus and Sara, each had  two-story square homes. Glen and Leona Stiles had no children and didn’t need a bigger house, so they lived with Marcus and Sara.  In the southeast section Alfred and Lou (Stiles) Scott had a one-story home. Speculation arises as to which homes were built first and why some were one-story and others had two-stories. Family size and timing perhaps had something to do with it, but that question will go unanswered.

In the southeast section is also where the Big Square school was built by Marcus Stiles in 1909,  but later turned into a residence which still stands, although it is now unoccupied. About two miles down the highway Marcus added a newer school on Agee land, and it served the community from 1930 to 1937,  but is no longer there. The new marker is in the southwest section across the road from the original school  at the corner of Hwy 145 and FM 503/504, which was where the Big Square store was located. The post office was relocated to that store from the Burton home in 1910. It was closed in 1927. 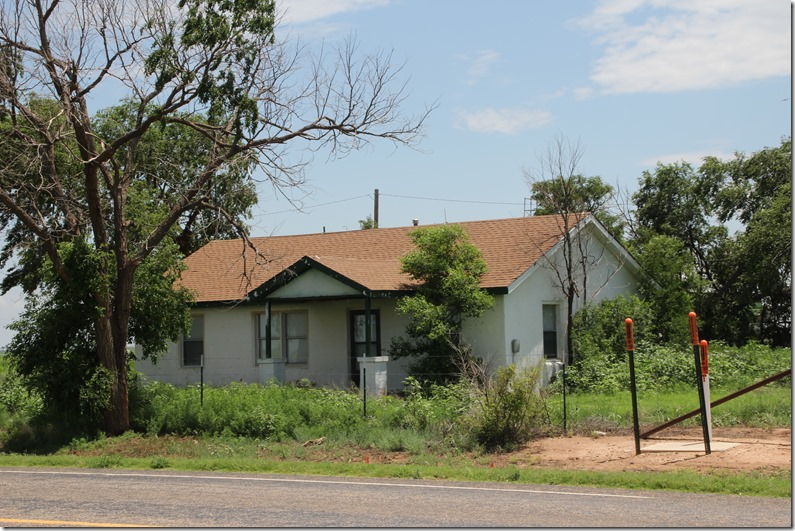 Other families bought land next to the Stiles sections and the farming community flourished. Over time, as happens within family dynamics, children grew up and moved away, deaths occurred, changes took place, and gradually some of the land was sold, and Big Square dwindled away. Not all the families had the Stiles connection, but a good many families played a part in the growth and development of the Big Square area. Some of those families included the Jacques, Paynes, Cates, Coxes, Browns, Brogdons, Halls, Barretts, McDermitts, Agees, Kellers, Laymans, Bakers, Davis, Habers, Anthonys, Englishes, Tunnels, Pillows, Kitrells, Woods, Moodys, Herrings, Hicks, Youts, Otts, and Olivers.

The marker is on land now owned by Raybern Ott and farmed by his son Sammy. It stands quietly in the flat, inviting landscape as a reminder of the way things used to be. 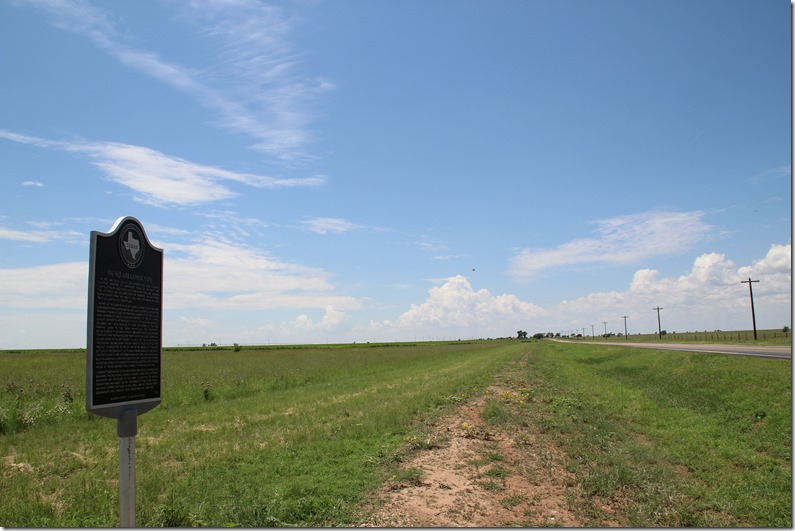 You are cordially invited to attend the dedication of this historical marker that remembers a place many of us probably never even knew existed. The Castro County Historical Commission will host the dedication on Saturday, July 31st at 10 a.m. at the intersection of Hwy 145 and FM 503.

It will be a nice way to start the day.

The Castro County Historical Commission and Leta Dennis are grateful to Dr. David Wyer, Mr. Milburn Hayden, Dr. Sammy Cox, and Sammy Ott for their help in making this marker a reality.

Thank you to Dr. David and Dorothy Wyer for helping me  with this story. 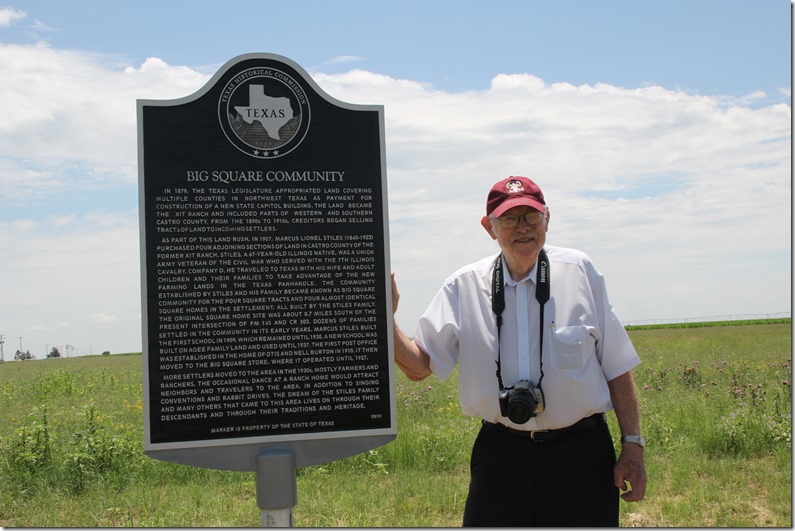