The Muleshoe National Wildlife Refuge hosted a playa lake field day on May 18th. I didn’t know much about these big puddles of water, so I decided I needed to find out more about them. By the end of the day, I decided  they tend to be misunderstood and under-appreciated. 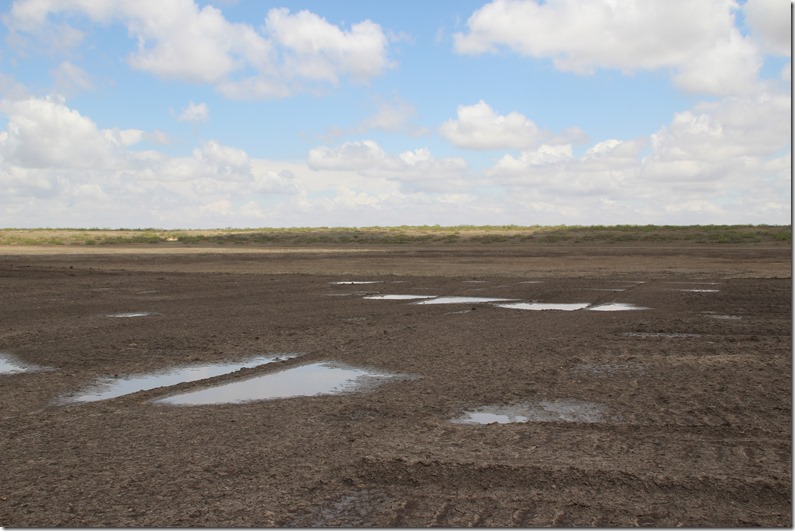 Playa lakes are wetlands in topographic depressions in the ground caused by wind and soil erosion over time, Old-timers used to say the depressions were caused by bison wallowing in the water in the lakes. Turns out part of that is true. The bison didn’t make the original depression, but their heavy bodies helped the process along. Dissolution occurs when organic matter is oxidized when it is carried below the playa basin soil by water forced into the depression. This organic matter then reacts with the infiltrated water to form carbonic acid which then causes dissolution of the caliche in the playa basin. So those bison’s heavy bodies helped that process happen as well as carrying dirt out on their shaggy bodies. The depression was already there and held the water the bison chose to take advantage of.

Bodies of water, like ponds or lakes, are found everywhere, but playas are just in our region of Texas and the Southern High Plains of the United States. They occur above the Ogallala aquifer, which provides water for this area that receives twenty inches or less of rainfall in a year. The playa lakes we have here, if left to nature, are covered in a layer of clay which expands and contracts with rain. Playas recharge the Ogallala aquifer when the rainwater seeps through cracks made in the clay during its dry cycle. As the water seeps through, the clay expands  and holds some of the water. Then during that wet part of the cycle, seeds left from the prior wet and dry cycle germinate, and the plants and grasses provide food and nesting grounds for a wide variety of birds and other animals. So playas are important in two ways: recharging the aquifer and supplying birds and other animals with much needed habitat. In fact, the playa lakes region-our region-is second only to the Texas Gulf Coast in importance to the Central Flyway for providing wintering habitat,  nesting sites, and brooding areas for 185 species of birds, 37 species of mammals, 13 different amphibians, and an undetermined number of invertebrates, which gives great diversity to animal life here. The presence of amphibians, by the way, is an indication of a healthy ecosystem and illustrates the importance of having our playa lakes. Around 350 different plants are connected to playa lakes as well, but a different mix of those plants will occur in each playa lake because of differences in moisture and the timing of that moisture to allow germination of seeds.

Playa lakes are necessary to recharge the aquifer here because we don’t have vital streams, creeks, major running rivers, and springs, nor much larger amounts of rainfall like other areas do to recharge the ground water. For instance, the Edwards aquifer in the Hill Country of Texas is in an area that has much more rainfall and is crisscrossed with rivers and streams and other water sources to recharge that aquifer, plus they do not have the clay soil needed to make a playa lake work properly. But they have porous limestone which allows much faster recharge of their available water whereas we have caliche and not nearly the rainfall they have.

And that is where the problem lies with non-functioning playas here.  Municipal use and irrigation practices use water at a faster rate than the playas can replenish the supply. Plus, farming, roads, and grazing methods have left too many playas disrupted to do their job.

Playa is a Spanish word meaning shore or beach. A playa lake does have a shore or beach, of sorts, in the buffer zone that surrounds it. This buffer zone is where grasses grow that then clean and purify the water as it collects and drops down to recharge the aquifer. This buffer zone is not always functional, either, when the clay bottom has been bulldozed into a dam to hold the water like a stock tank for cattle, and native grasses are disrupted by overgrazing.

To help restore playas to their original and natural purpose, restoration programs are available to landowners willing to restructure the playas and utilize programs that help with the restoration.  The Texas Playa Conservation Initiative, created in 2015, partners with Texas Parks and Wildlife Department to get this done. The landowner is given a one-time incentive payment of $80 per acre and signs a ten-year agreement to prevent future pit creation on the lake. TxPCI pays one-hundred percent of the cost of the restoration, and they hire and pay the contractor who does the job. To date, fifty-six restoration projects have been completed.

The purpose of the Playa Lake Field Day was to educate the twenty-two adults and two students who attended and gave us a chance to visit two restored playa lakes. Darryl Birkenfeld,  Heather Johnson, Jordan Menge, Melanie Hartman, Jim Steiert, and Manuel DeLeon gave us information about the lakes and after lunch  took us on a tour of two restored lakes on Brandon Dewbre’s land nearby.

The first lake we visited was pretty dry, so we could see good examples of the cracks in the clay that allow the water to sink into the aquifer. 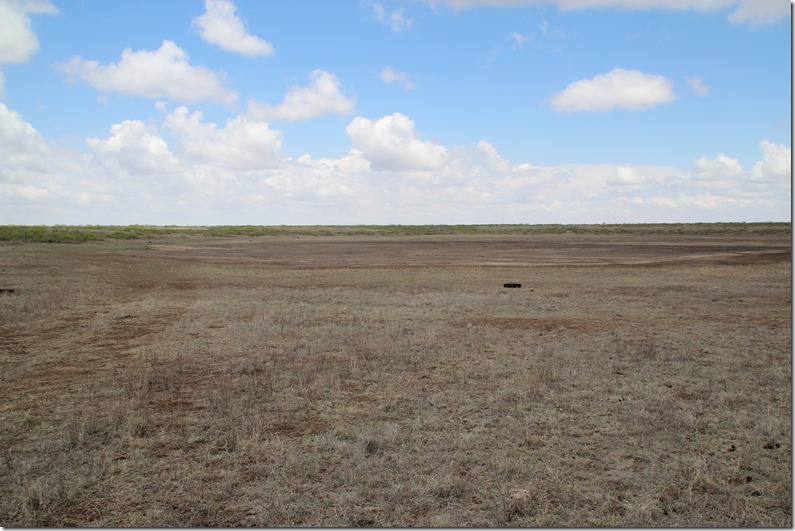 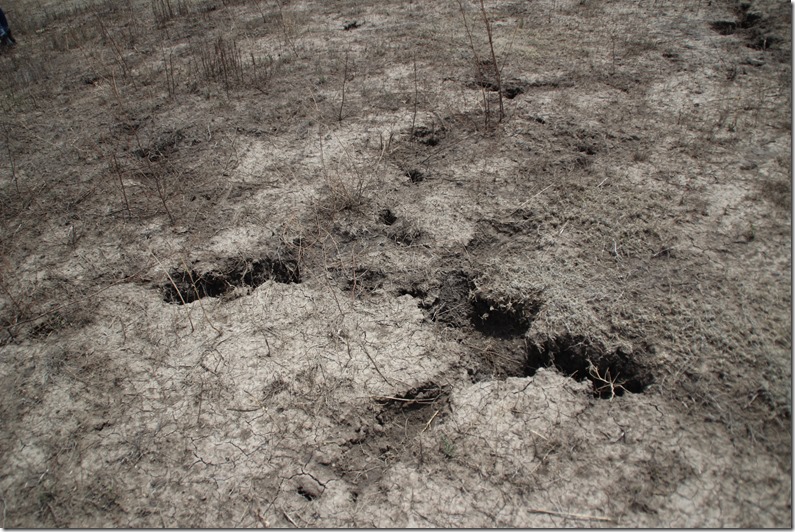 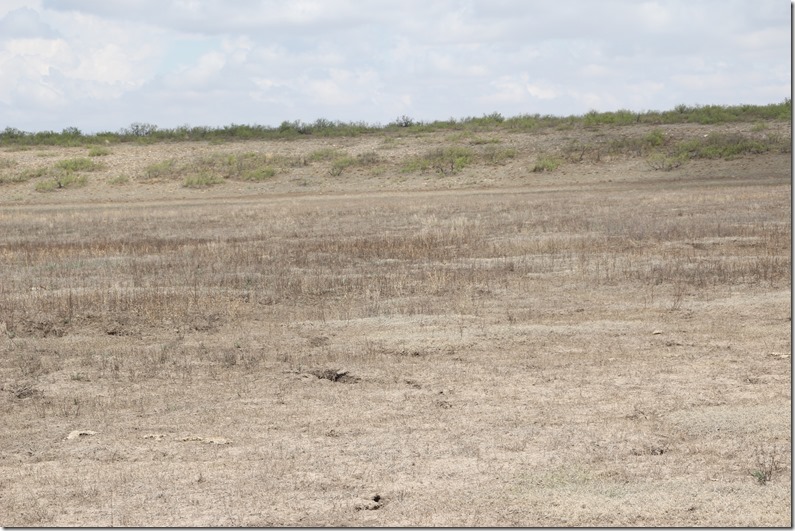 The second lake had more water in it. 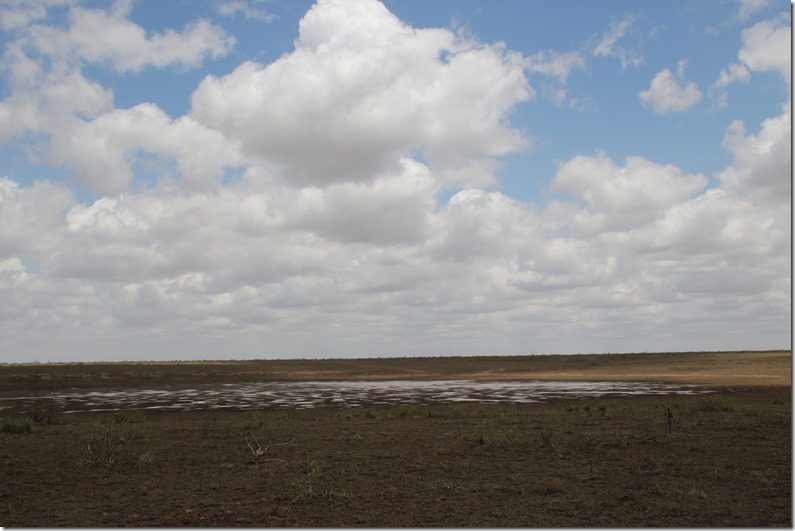 Rivulets from the previous rain could be seen as pathways down to the lowest part of the lake. 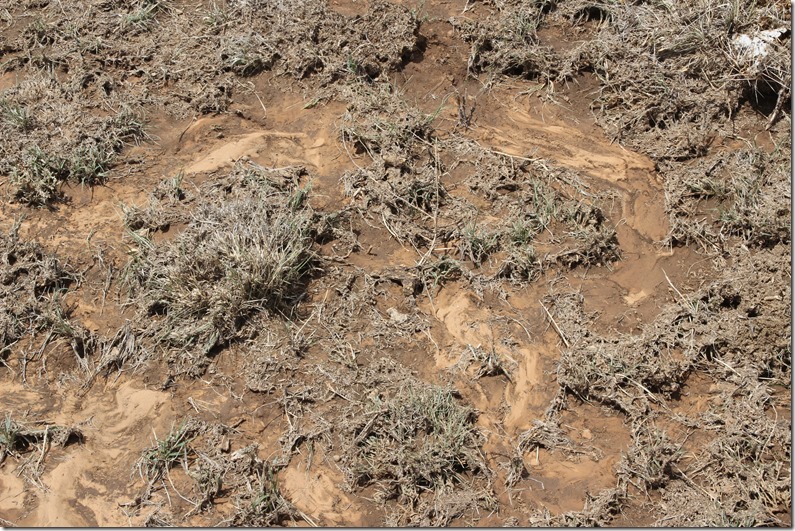 The way things stand now, the playas are recharging inches of water that we are using by the foot, but studies show they are doing so at a faster rate than people realize, so having more of them in optimum working condition is crucial to the supply of clean water getting into the aquifer.

You also have to remember that water levels vary all over the aquifer because the aquifer is like an underground mountain range. If your well is near or on top of a peak in the aquifer, you can have shallow wells; if you are in a valley of that range, your well will have to go deep to hit water. Those people may not believe the playas are in fact recharging the aquifer because of their deep wells, but playas recharge faster than ground water just seeping into the ground.

Playa lakes are a special feature found only in our part of the world, and our state has the lion’s share of them. We should appreciate that they supply us with clean water and habitat for birds and animals. 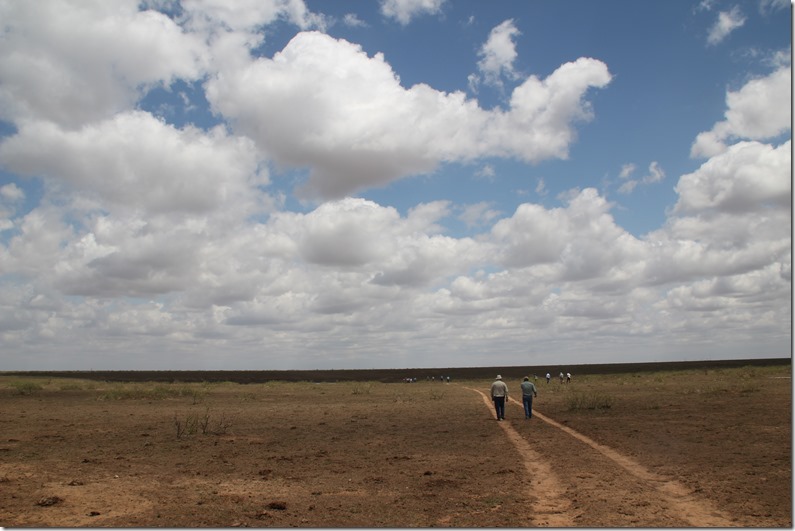 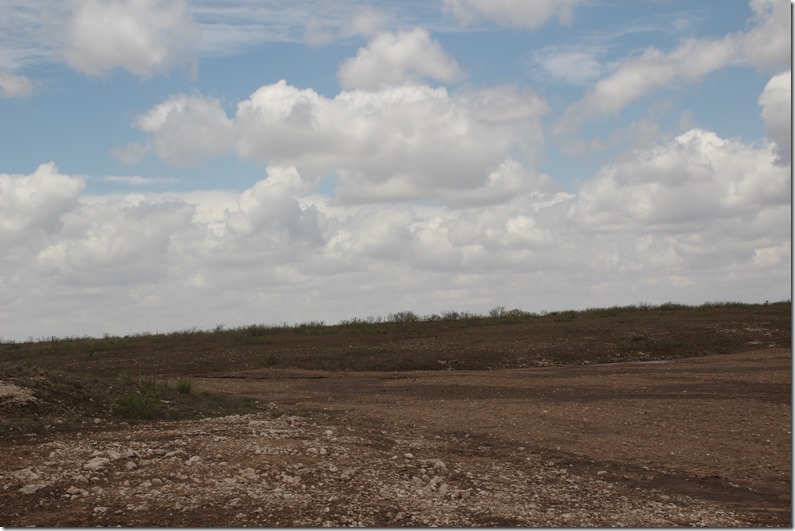 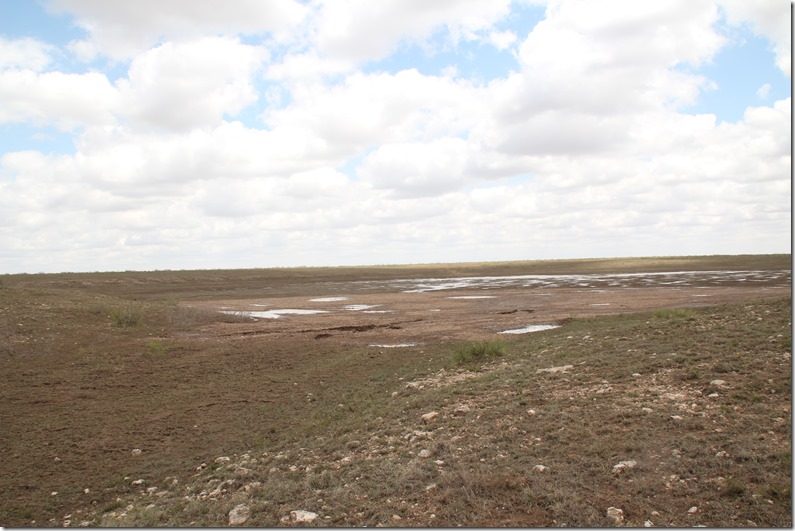 And they look really interesting when you have the chance to see them from your seat in an airplane. One of these days I hope to get a picture from that perspective. But for now I am glad I know more about them and how they work.

Thanks to Darryl Birkenfeld and  Jim Steiert for their help with this story. Thanks to Jim Steiert for sharing information from Loren M. Smith on dissolution and how the playas were formed.

More detailed information on playa lakes can be found at these websites and others if you google playa lakes.