The Wall of Honor

Last Veteran’s Day, members of the Oneita Wagnon Senior Center who were veterans were honored with a Penning Ceremony by Jade Woodard, Volunteer Program Manager with Interim Home Health Agency out of Levelland. For the event, a small Wall of Honor with pictures of those who were penned and awarded a certificate for their service, was put up in the center. The wall was well received, and veterans as well as other visitors to the center commented on how nice it was to see the tributes to those who served.

Center manager Carolyn Johnson and the rest of the employees, after seeing the positive impact of the wall, decided there was no reason for it not to stay up and be expanded for the Fourth of July this year, 2020, an equally significant holiday to honor the veterans who gave so much for our country. 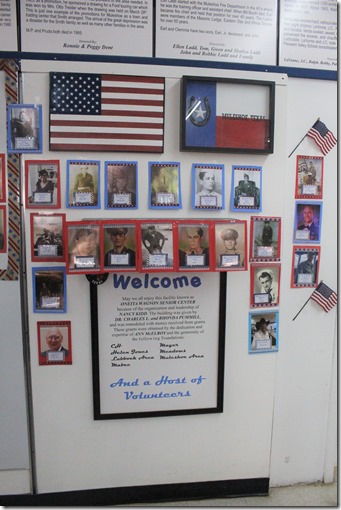 The word went out inviting families and individuals to bring pictures of themselves or other veterans in their families, or just friends, who were either from Muleshoe and this area or who had lived here, living or deceased, and they would be added to the wall. Photographs of the person in their military uniforms or taken while serving tell a stronger story, but civilian images would be accepted as well. Years of service and where they served also added to the story that each picture told.

The pictures started coming in and the wall expanded. 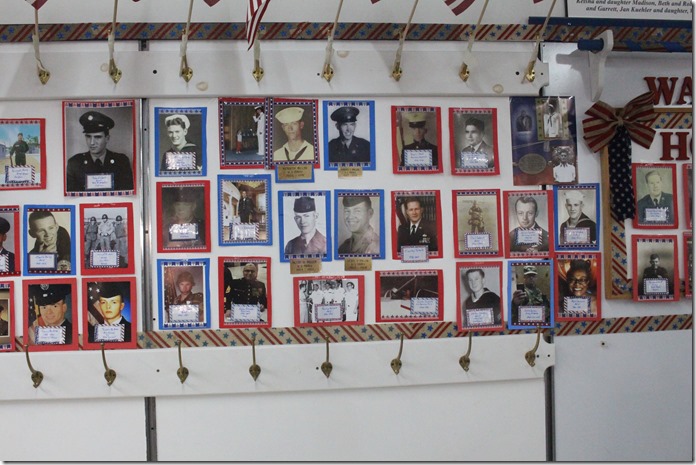 Helen Cook, Kaci Lee, Marie Brown, Elaine Case, and Janis Morrison organized and decorated the wall and by this July 4th had ninety-eight pictures displayed. As people viewed the wall Saturday, Carolyn said people were asking if they could also bring pictures to add to the wall. The history that goes with these pictures compliments the history of the pioneer Bailey County families and individuals already featured on the walls of the center, a nice addition to preserving the local story. 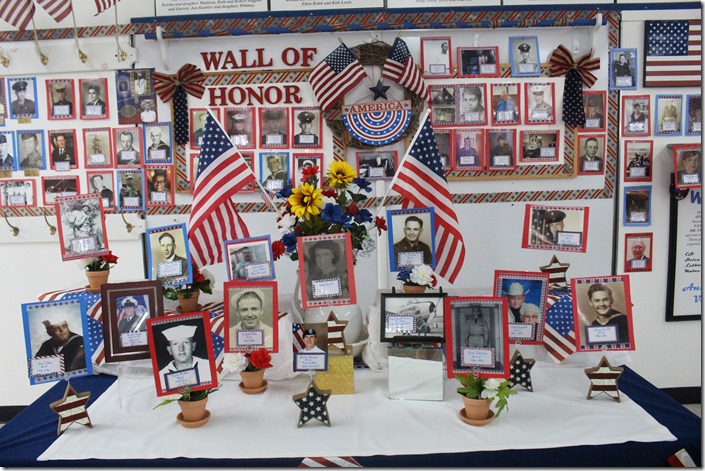 Several area families have members who have served in more than one war or conflict. The Bara family, for example, can count four generations of service dating back to World War I, which happens to be the earliest war in our history represented in these images. And there are other families who have a history of service as well. 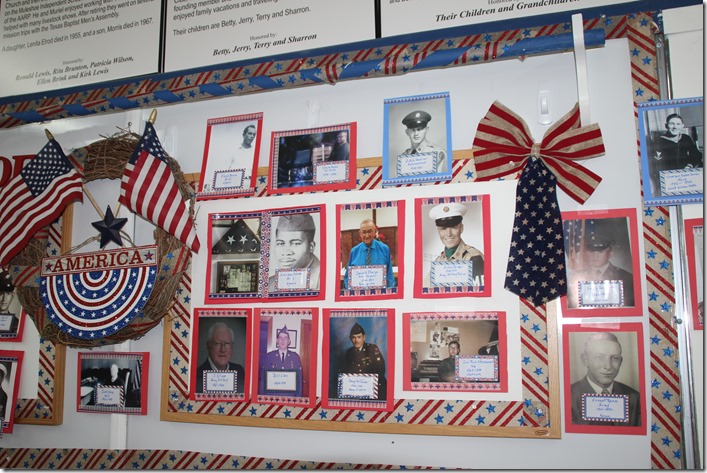 These pictures of the wall don’t do the individual images justice. Reflections from the lights showed up on some of the photographs, no matter what angle was used for the shot, covering up details. But the main reason for visiting the center and seeing them yourself is the unspoken history shown in each one. Aircraft, weapons, uniforms, locations, background shots, pin-ups, time periods, innocence and youth lost to war, all stories in themselves. That’s why you should take the time to visit this wall. 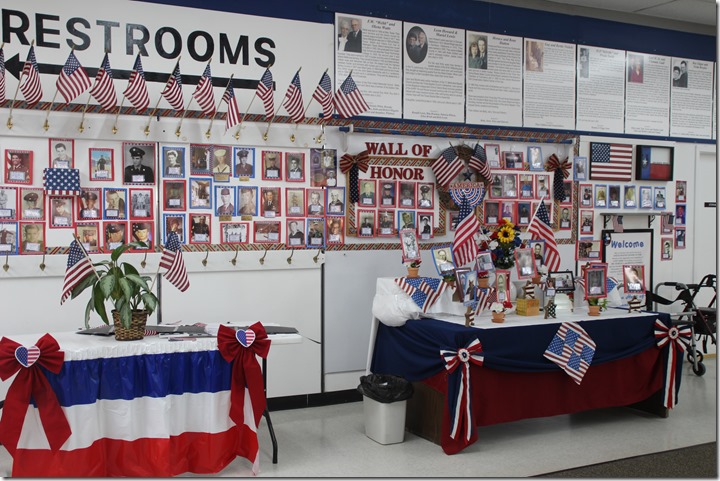 Now, more than a hundred veterans are honored here, and tributes continue to be accepted and placed on the wall. The plan is to keep filling it up for the next Veteran’s Day or until it no longer generates interest, which I think won’t ever happen. The center is now open Monday through Friday from 8 to 4, unless something changes with the virus issues. Pictures and service information can be delivered during these hours.

But one of these hot afternoons take the time for a visit and a history lesson. Read about and recognize the veterans you live with or have known and appreciate what they have done for America.

God bless them every one.

For more information, contact Carolyn Johnson at the Oneita Wagnon Senior Center at 806-272-4969.

Thanks to Carolyn Johnson, Janis Morrison, and Gabby Perez for their help with this story.