When I mentioned to daughter Caroline, who had Jean Allison as a teacher, that Mrs. Allison had died, she just smiled and said, “Everybody loved Miz Allison.”

Then, at Jean’s funeral service, as nephews Steve Osborn and Larry Allison shared stories, more than once it came out that she always had a positive attitude, a smile on her face, and made students and people in general feel special. 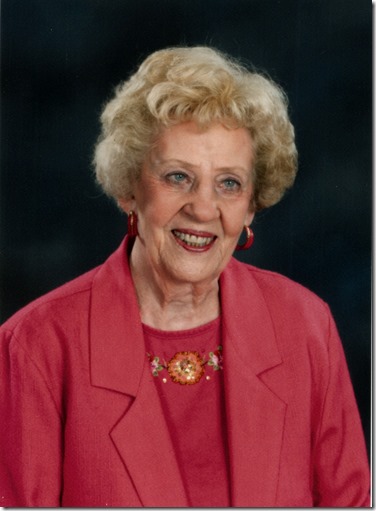 So, who was this woman who could maintain a positive outlook on life and make people feel good about themselves?

Veta Jean McKinstry was born November 8, 1922, in Hagerman, New Mexico, to Sam and Loveta-hence her first name Veta- McKinstry. She grew up on a farm and reared her five children on a farm, instilling the same values of hard work, patriotism, civic duty, and family ties that she learned growing up. She became a teacher after her kids were grown. But she did other things mixed in there most people don’t know about.

I know some of those things because I read the book she wrote about her life, Love Lifted Me; My Memoirs, at the request of her granddaughter Olivia, daughter of son Fred Allison. It took a few years, but was completed by 2012 and dedicated to Jean on her 90th birthday. I had to smile when I kept seeing italicized comments to Olivia about how things had changed over the years compared to the way Jean had experienced life back in the day. Grandson Austin shared his copy of the book with me for this story. 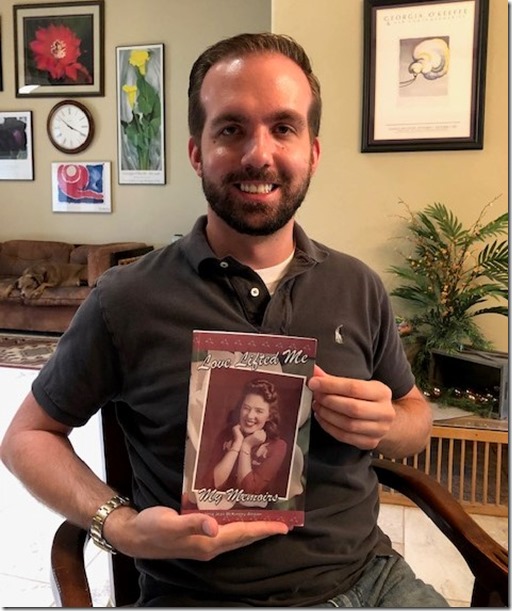 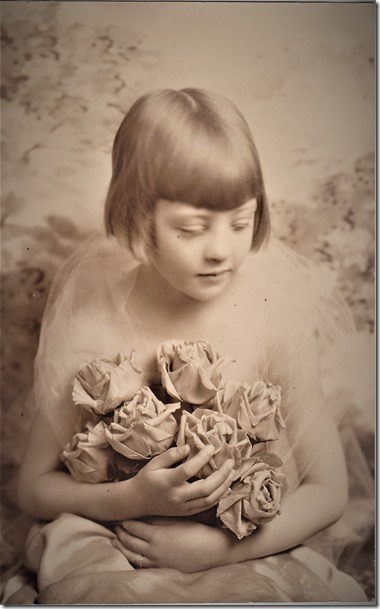 Her dad, who immigrated to the United States with his family from Northern Ireland as a nine year-old, instilled in his three children a strong work ethic and gratitude for the freedom and opportunity of living in America. He seemed to have wanted a boy, but loved the three girls, Sammy, Jean, and Mildred, he had instead. Jean was a tomboy who enjoyed doing the more son-type things with her dad and  by participating in the boys’ 4-H programs, grooming and showing calves in stock shows, and earning the distinction of wearing pants long before it was deemed acceptable for girls to wear pants. She and Sammy rode a horse to school, and she would have to maneuver the horse into a ditch to get on.  She was athletic at school and especially enjoyed racing the boys, and she usually beat them. The picture below was later, playing baseball in 1942 at Roswell Air Base, but she continued to like sports. 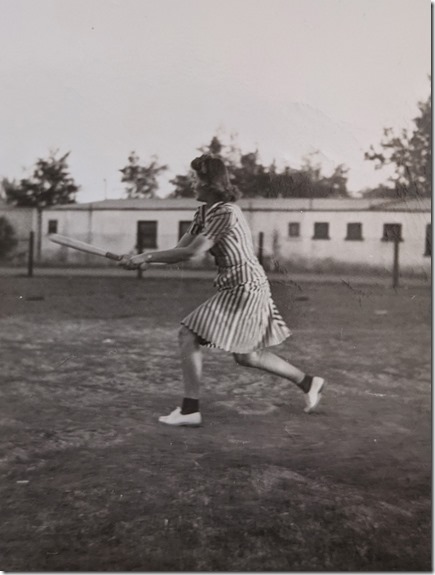 Jean graduated from Hagerman High School in 1941 and attended Roswell Business College in Roswell, New Mexico. She was still in business college when Pearl Harbor was bombed and realized that America and her life would not be the same after that. And it wasn’t, as she responded to the sense of urgency that filled the U.S. by taking her first job as a secretary in the Transportation Corps at Roswell after graduating from business school. This is also when she eventually began dating her future husband, Harold Allison, who was training to be a pilot.

Jean said in her book that she got this job not because of her typing skills, which weren’t bad, but because she could spell and some of the other applicants apparently couldn’t. She also told about the first letter her boss, a colonel in the Quartermaster building, dictated to her. She found it to be rude, blunt, and full of cuss words! Having been taught that using the Lord’s name in vain was a sin, she couldn’t bring herself to repeat the colonel’s exact words and cleaned up the letter. When she handed it to him for his signature, as he read it, she was just sure he would fire her for changing it. He didn’t, and eventually when he realized she was still editing his verbiage, he must have thought it was a good idea, and just told her he would tell her the gist of the message, and she could write the letters herself.

Jean and Harold’s courtship took place during his pilot training, and they married on March 26th, 1944, in Hagerman. They moved around for the next eighteen months, living in Columbia, South Carolina; Sacramento, California; Tampa, Florida; Alexandria, Louisiana; and Dyersburg, Tennessee, for Harold’s pilot training, making new friends and having new experiences at each location. 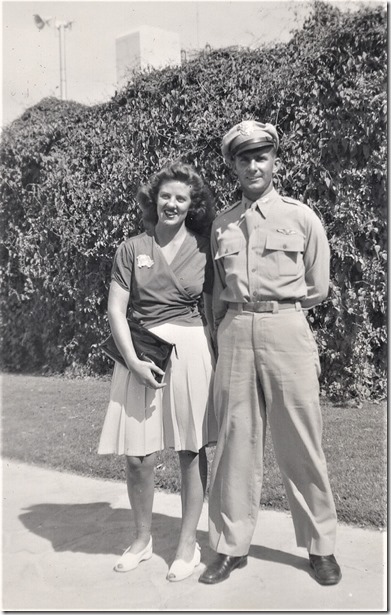 During this training, Harold broke his arm, which interrupted  training and later, after going to the hospital for treatment of strep throat, it was discovered he had a hernia and spent three months in the hospital after that surgery, which also slowed down his training. By the time he was finished, the war was over, and he never went overseas to use the skills he had been taught. But he then taught those skills to other pilots and stayed in the Reserves a bit longer to share that training.

After the war ended and  Harold did leave the Army, he and Jean lived near Roswell and farmed. First daughter Veta was born in 1946, and in 1948 they moved to the Muleshoe area to farm on the Blackwater Draw in Pleasant Valley. This coincided with Harold’s brothers Gerald and Oscar who had moved their families here to live also. Oscar had married Jean’s sister Sammy before this move, so the two sisters were now also sisters-in-law!

Veta didn’t stay an only child for long. Carolyn, Fred, Jack, and Jim followed. By the time the last two sons were in high school, Jean began to wonder what she might do with herself when they left home and the house was empty. So at age 48, she decided to enroll at Eastern New Mexico University and become a teacher. In 1977 she earned her undergraduate degree in Secondary Education, majoring in English and Social Studies. She then began her fifteen-year teaching career at Muleshoe High School where she taught American history, government, world geography, and economics. 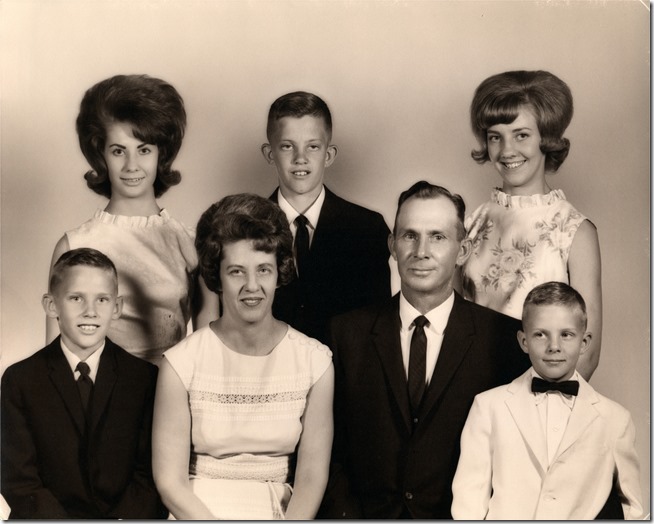 Left to right: Jack, Veta, Fred, Carolyn, Jim, Harold and Jean in the middle, circa 1965.    Photo courtesy of the Allison Family

At the high school, Jean was instrumental in the formation of the Student Community Action Club (SCAC) after a group of students came to her wanting to raise money to save the Santa Fe Depot. From that beginning and with the support and work of the students in SCAC as well as others in the community, the Muleshoe Heritage Center blossomed. She remained an active sponsor of the group throughout her years at the high school and continued to participate after retirement by attending the board meetings. Co-sponsor Chris Mardis said she always helped him stay focused on the students and their work at the Heritage Center and not get sidetracked by other projects. Her other extra-curricular interest was coaching the Mock Trial teams which went on to win regional honors and compete at the state level for several years. 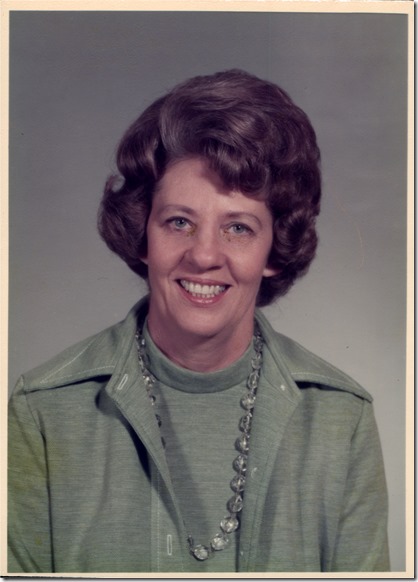 Preserving local history and commitment to the development of the city of Muleshoe were important to Jean, and she worked diligently to instill these values in her students, family, and friends. She was recognized for her dedication to these causes, not once, but twice, when she was named Woman of the Year in 1990 and 2009 by the Muleshoe Chamber of Commerce and Agriculture.

More than once in her book of memories, faith and God came up. She saw herself as a serious girl, concerned about making it to heaven. Her parents told the girls they would give them $10 if they read the entire Bible, so for the next two years she diligently did just that. Her wedding and other wedding and family events always took place in the Hagerman First Presbyterian Church she grew up attending, and the family joined the Muleshoe First United Methodist Church when they moved here and were active in that congregation.

Grandson Austin remembers the fun he had playing all sorts of games with Grandmother when he would come to visit. Many times that included him tagging along to play Shanghai with Jean and what she called her J group-the 5 J’s: Joy Whitt, Jenne McVicker, Jane Reeder, and Jenny Bamert. Jane Reeder said they always a good time together. Many times the conversation would take a turn, and the game would just stop so they could talk about something at length!

All seven grandchildren and the many nieces and nephews were close to Jean and felt like they were just about as close to her as her children were. And Jean would always say of them that there wasn’t a bummer in the bunch. Here she is with all seven on her 85th birthday in 2007. 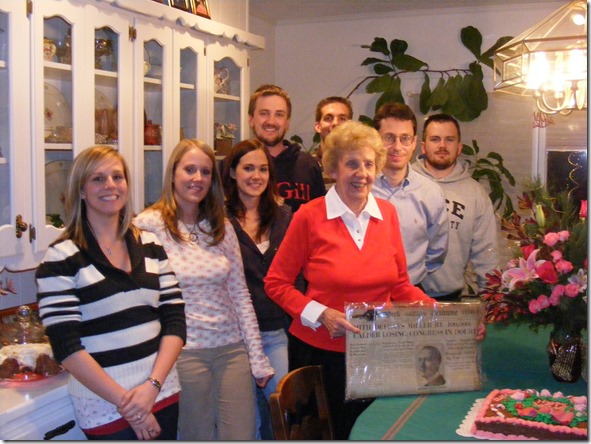 Harold died in 1991, but Jean continued to live in Muleshoe and teach, still active in church and SCAC and the community. She lost two children along the way, Carolyn and Jack, but her faith, her family, and positive attitude helped her persevere. She moved to Raider Ranch in Lubbock in 2011, and then to San Antonio in 2018 to be closer to Veta and her family, and was with them when she died at the age of 97 on June 20, 2020. 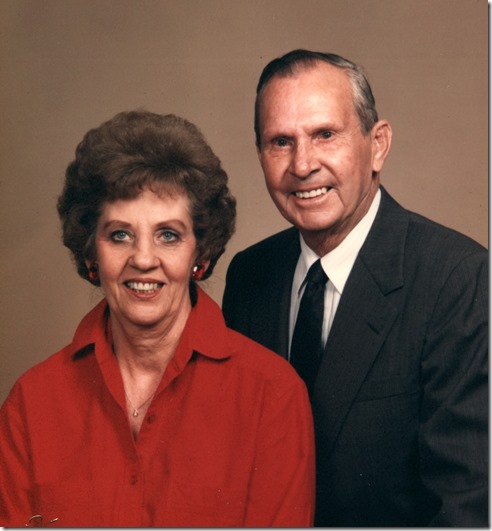 I was acquainted with Jean through school and church, and after reading her memoir, Jean struck me as a person who always wanted to do the right thing. And she did. Chris Mardis said she was a classy woman who always had a smile on her face. John Gulley said Mrs.. Allison was just about the kindest person he had ever met.

And all her early childhood concern over making it to Heaven? 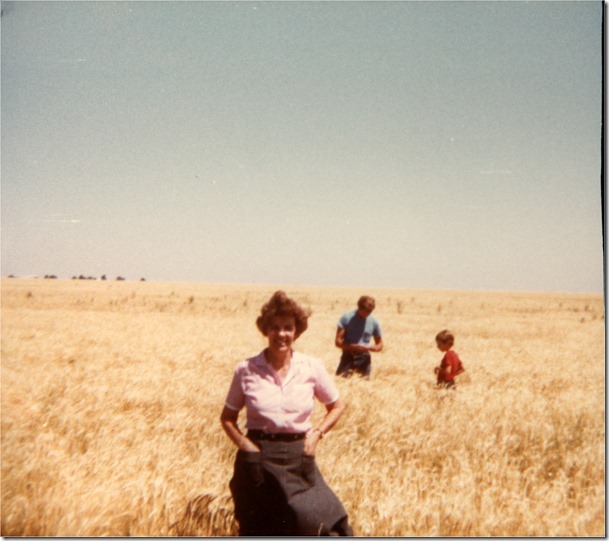 I’m pretty sure she’s there.

Thanks to Austin Allison, Chris Mardis, Jane Reeder, and John Gulley for their help with this story. And thanks to Olivia for asking her grandmother to write the book of her life that Austin shared with me for this story.