A Graduation to Remember

The parking lot had been set up and organized for outdoor COVID-19 church services, which made it a bit easier for the school to conduct the graduation there.  A stage and computer projection screen were already in place; a few large ferns added to the stage, along with the green and white Wolverine logo on the screen set the tone for the event. Two Wolverine school buses added a nice touch, too. 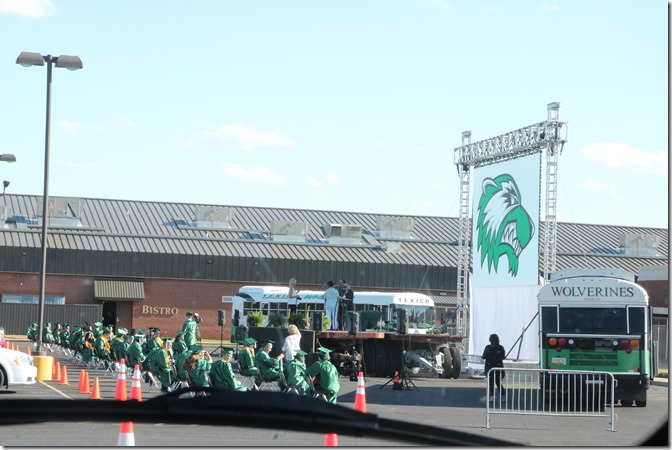 Two vehicles per student were allowed into the parking lot, so it was kind of like the clown car at the circus: fill those vehicles with as many family members and friends as possible and come on in! Only in this case, no one was supposed to exit their vehicle. But the two vehicle rule was a good thing, because it allowed each student to actually have more guests at graduation than most kids are being allowed now. The parking spaces were assigned by means of a lottery, and people were on hand to make sure you were on the list and direct you to your spots. Korben’s two spots were on the front row to the right of the stage, so we had good seats and watched the kids being perhaps a bit more social than they were supposed to be.  Korben and friend Javier Ramirez even came by for a short visit. 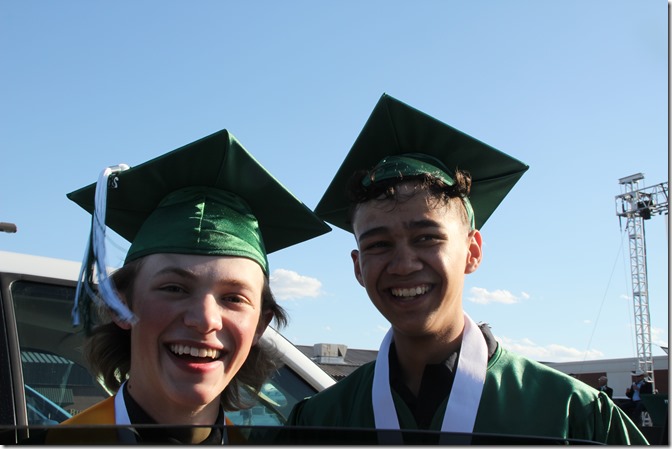 As people were making their way to their designated parking spots, Mati Tharp from You & Me Photography took the official graduation pictures of the graduates holding a diploma  to speed things up during the service, like this one of Korben. Their individual diplomas were still in transit and will be mailed to them once they arrive. 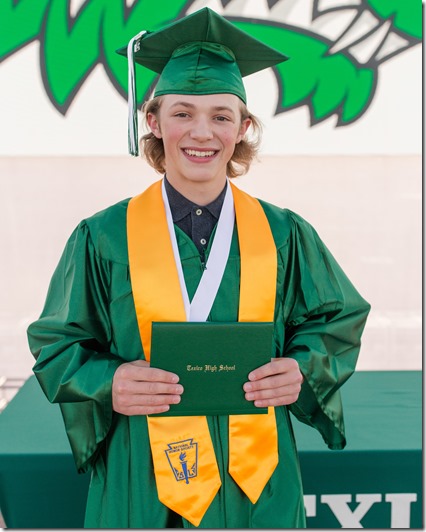 The entire service was shown on the video screen and the audio was on a local radio station. After the invocation and pledges of allegiance to the U.S. and New Mexico, the usual introductions were made, the graduates were called to walk the stage and went through the motions of receiving a diploma. Then the kids took the stage. I have some of this out of order, but rather than the typical adult guest speaker, the class vice-president, salutatorian, and valedictorian were the speakers. And they did a nice job reliving the year with their classmates and capitalizing on the fact that as a less than typical class, it was only fitting and proper that they have a less than typical graduation night. Special kids deserved a special event, and this was it.

The slide show, edited by graduating seniors Jillian Barnes, Macki Bilbrey and Elda Urrutia highlighted each student with a childhood picture, their senior picture, and their future plans. 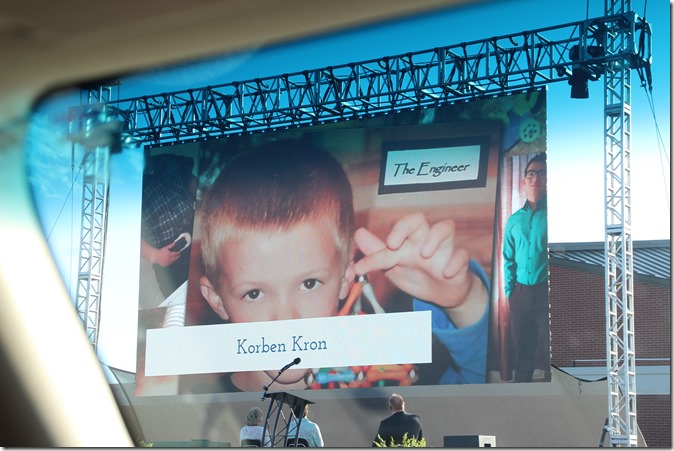 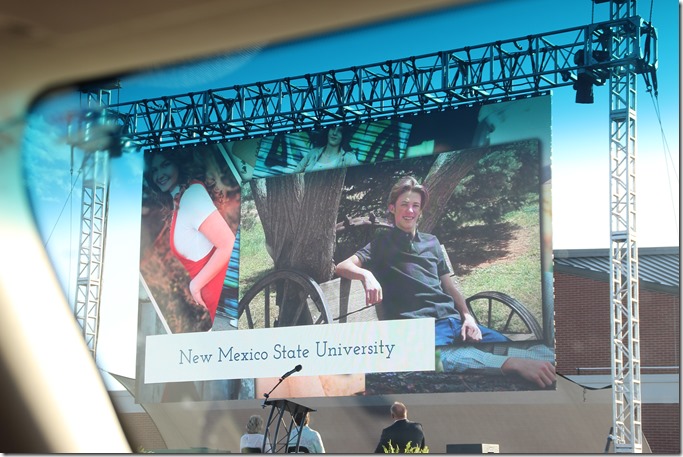 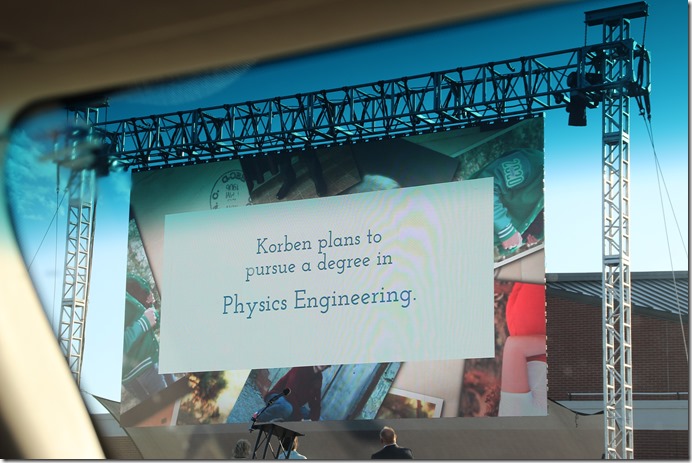 A few end of year announcements were made, the benediction was given, and social distancing was thrown out the window as caps were thrown in the air. Balloons were released and group hugging followed. Guests were not allowed to exit their vehicles, but we were close enough to get pretty good pictures through the window, as you can see here.

It is traditional that the commencement speaker leave the graduates with words of wisdom and inspiration to do their best as they begin this new chapter in their lives. Valedictorian Riley Thompson did just that in her speech and by choosing to end it with a quote from Mother Theresa. I thought it was fitting advice, so I will leave you with that portion of Riley’s farewell to her fellow classmates: 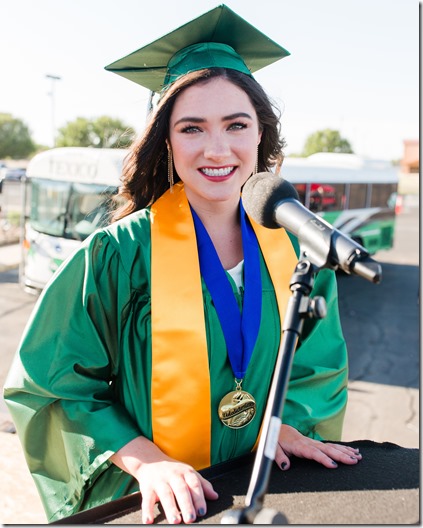 While the coronavirus threatened to take away their last memory of high school, this exceptional group of young people defeated the enemy and went out with a bang.