I lost a dear friend, or should I say member of the family, this week when Perla Cat was killed by two roaming dogs. She didn’t stand a chance; sixteen years old, victim of a stroke, barely weighed four and a half pounds, and trusting of dogs. It was over in the blink of an eye, and for that at least I am grateful. This picture was taken when she was younger. I didn’t have the heart to take a picture of her in her old age. 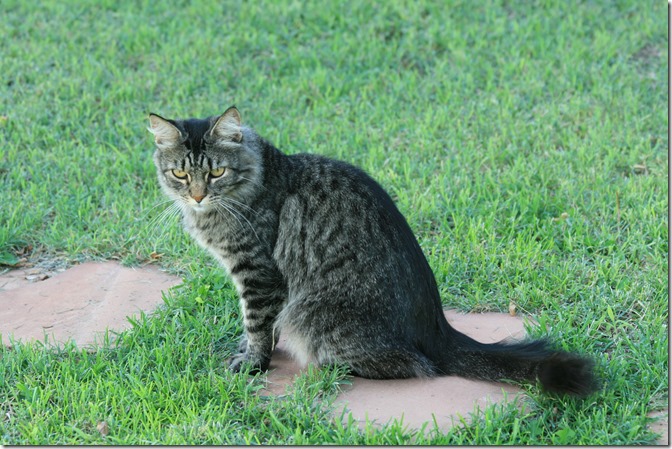 But oh, how I miss her already. And grieve over her death. I’m not sure how much longer she was destined to live with us, as old and weak as she had become, but I wasn’t ready for her to die. But then, we are never ready to lose a loved one, even if that loved one happens to just be a cat.

Perla was one of the very few animals we have shared our home with who wasn’t a stray or rescue. She was actually born on the premises. Her parents were stray cats, Momma Cat choosing to give birth in our incinerator and Daddy Cat hanging around on the outskirts. I moved the litter when I realized they were way in the back of the trash incinerator, and Momma Cat didn’t really like that and moved them again. In the process, only two kittens survived, a male and a female that I managed to tame. Not Mom and Dad, though, who ultimately met their fate out on the side road next to our house. We named the boy Nomar, the name of a professional baseball player at the time. We named the girl Nola Pearl, the name of a friend of ours, because Nomar and Nola Pearl just had a nice ring to it. Later it just became Nomar and Perla, since Nomar is an uncommon Spanish name and Perla is a nice Spanish name, and they just sounded pleasant together.

Unfortunately, we lost Nomar at an early age, and afterward it became clear he must have intimidated Perla, because she blossomed after his death and became a much more outgoing and friendly cat. She also became very skilled at getting attention when she wanted it: ignoring  her requests for Perla Time was not an option. When she wanted to share the love, into one of our laps she would present herself. If I was trying to repot a plant at my work table and continued working, I would find myself staring into those gold eyes and realized I might as well take a break and sit down with her. During those happy times she would usually bump heads with us as a sign of affection. 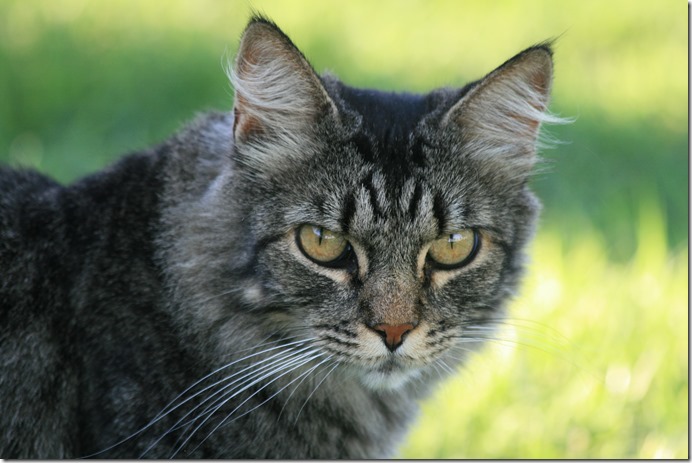 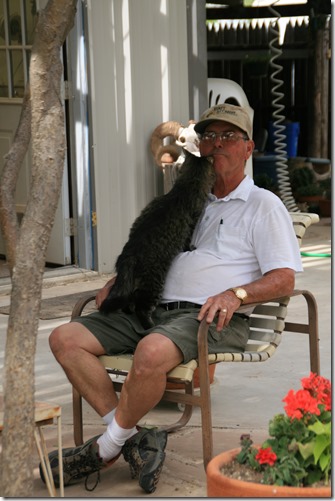 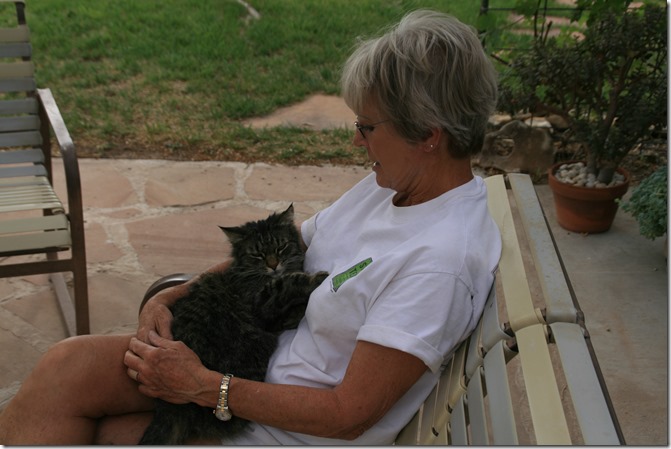 She also enjoyed helping me when I worked in the garden and saw it as her duty to increase the benefits of adding extra weight when I was trying to exercise in the barn. 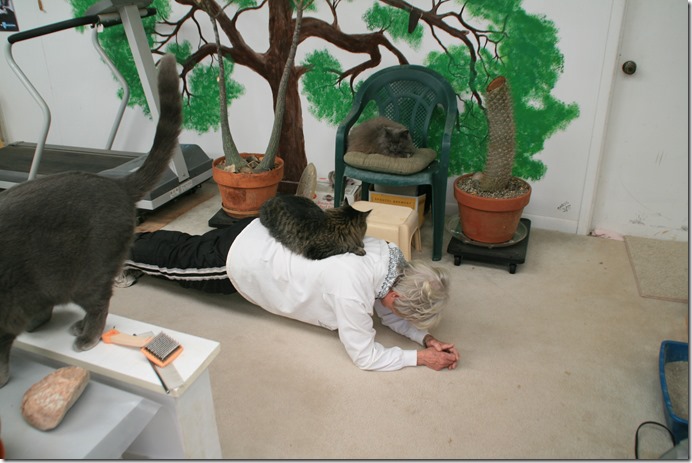 I wrote a blog about the battle she had one day with the mockingbirds when they chose to wage war with her as I worked outside and she saw fit to keep me company (“Harper Lee May Think It’s a Sin to Kill a Mockingbird, But…,” June 21, 2016.”) I spent as much time trying to document the fight with pictures as I did working the garden that day. And mockingbirds are hard to catch in flight, so use your imagination. I did catch one off to the side in this picture. 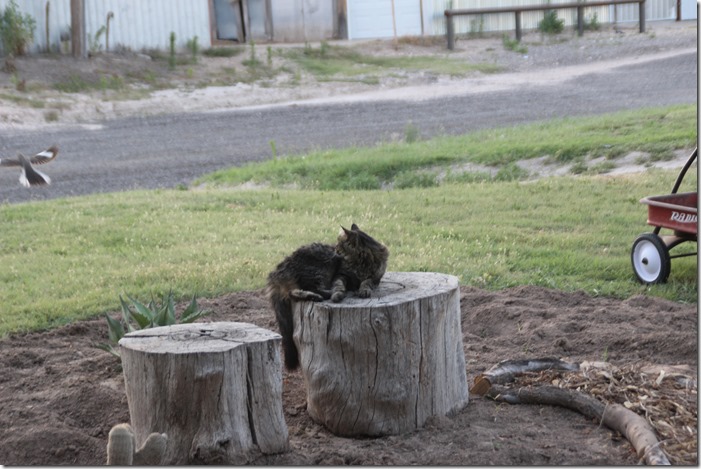 Perla was a loving cat with a mind of her own, and she will be sorely missed. We buried her in the iris bed next to the shed and pergola where we spent many a Perla Time at her choosing. As always, I wrote her a goodbye letter and included two pictures and buried them with her,  which always makes me feel better. You may be thinking that is a foolish effort, but it does help with closure. It’s not a bad idea when you lose loved human family members, either. 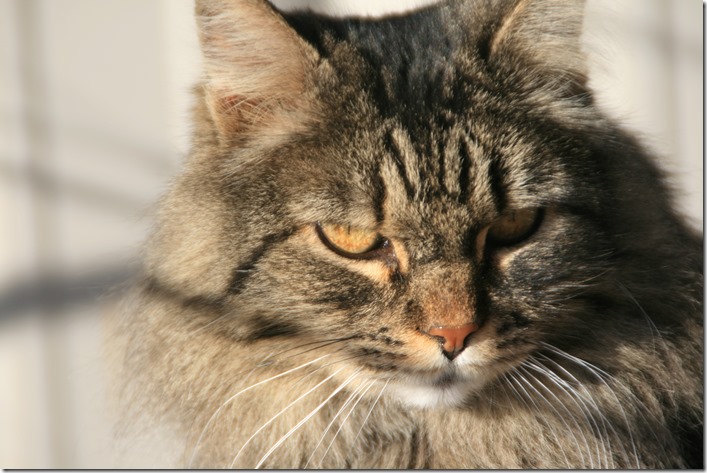