For as many years as most people can remember, the Muleshoe Mules have played football at Benny Douglass Stadium. And they still will, but when the Mules step onto the gridiron come August 31st against Dalhart, they will also be playing on David Wood Field. 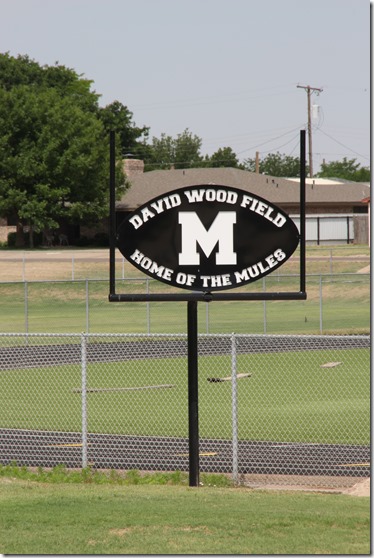 After thirty-years in education, twenty-two football seasons in Muleshoe, nineteen playoff seasons, a 184-79 win/loss record, and the 2008 state championship to his credit (“The Perfect Season,” September 8, 2009), Coach David Wood decided the time had come to retire.

A retirement reception was held on April 15, 2018, for David and his wife Jody who was also retiring after thirty-two years of service. Football fans, parents, co-workers, friends, family, enough to fill Benny Douglass Stadium, showed up at the high school commons area to thank the couple for their contributions to the community. Everyone, including me, enjoyed visiting with the Wood family, other teachers, former students, and friends whose paths I had not crossed recently.

After a good visit with many people and congratulating David and Jody on a job well done in Muleshoe, I left before the end of the party and missed the surprise, the honoring of Coach Wood with the designation of David Wood Field. Good friend and MISD Facilities Director Sam Whalin, who designed the sign and made the presentation, said David was indeed surprised! 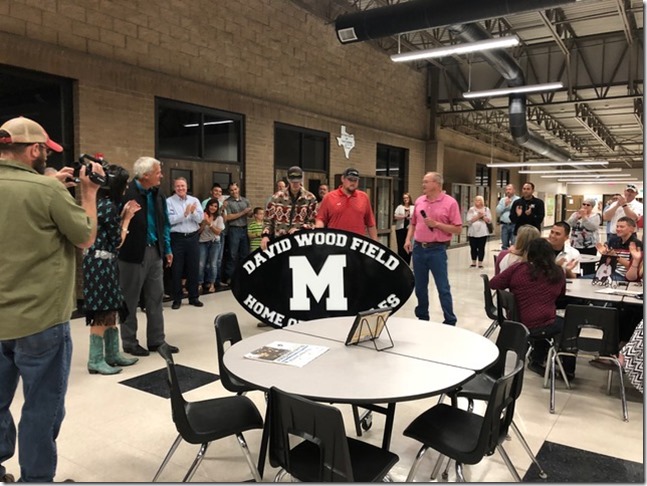 As Jackson Myers and Dal Whalin brought the sign out of hiding, Sam had the pleasure of making the presentation. On behalf of the school board, and speaking from the heart rather than a prepared script, Sam said that after all the memories Coach Wood would be leaving the community, we wanted everyone who plays Muleshoe to remember him and know that they are playing on David Wood Field.

After the sign was in place, I visited with David about the presentation and asked him if he was, in fact, surprised like Sam said he was. He smiled and said yes, it was a total surprise. “ It’s a great honor {to have a field named after you}. You don’t get into this business for accolades; you do it for the kids. I am humbled.” 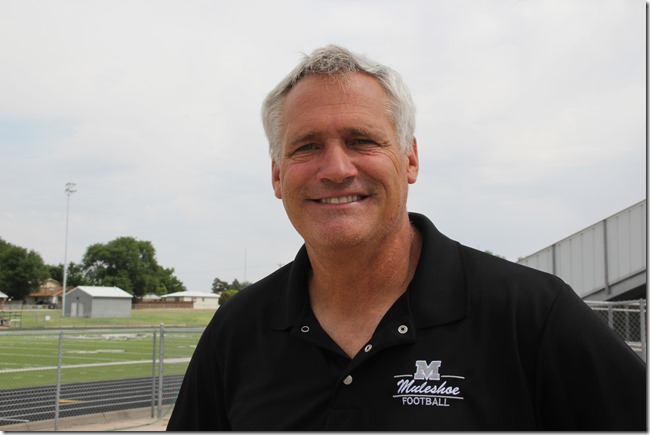 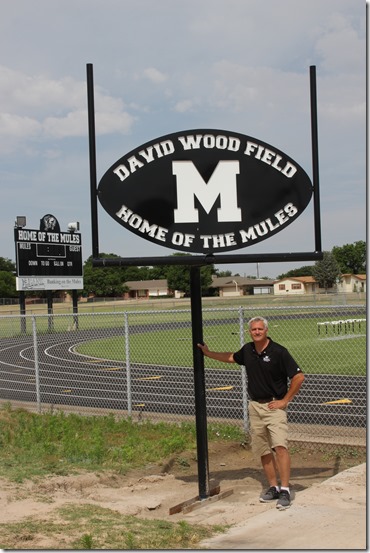 The Woods are in the process of moving to Crowell, Texas, where life will involve motivating cattle instead of football players, but all those memories Sam talked about leaving in Muleshoe? Well, they’ll be in Crowell, too. 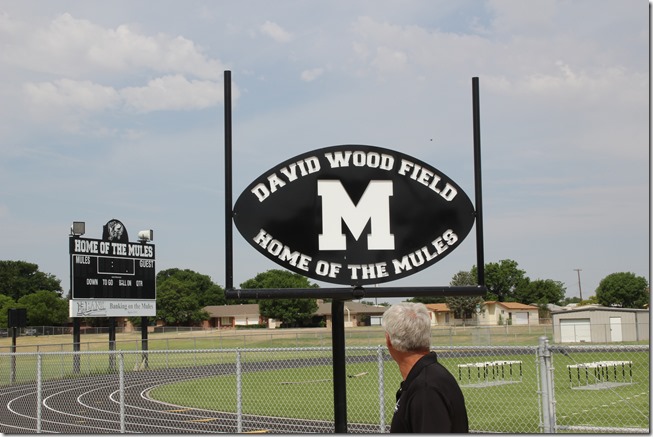 We’re glad you were a Mule, Coach.

Thanks to Sam Whalin,  Dr. R.L. Richards, David and Jody Wood for their help with this story, and thanks to Lisa Whalin for sharing pictures with me.