Caroline invited me to attend this year’s TCTA annual meeting in Austin with her. She would be serving as a district director from District 16, and I would be sitting in the visitor’s section observing. I was looking forward to it. 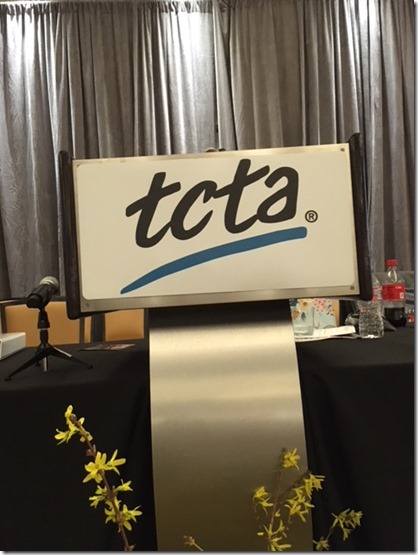 The meeting was set for Friday, February 23rd, which meant we would drive down on Thursday, the 22nd, the same day her dad was to drive from Kingsland back to Muleshoe, the same day that parts of Texas were hit with an unpleasant ice storm, the very part of Texas that he was driving through to get home. So naturally I get a frantic call from him as he inched along Highway I-20 somewhere between Abilene and Sweetwater amid the ice and wrecked vehicles in the ditches and medians telling me there is no way we can make the trip.

I called TCTA headquarters and spoke with Cody Richardson who assured me it was messy and wet, but not icy. Then I called TDOT to check on road conditions and a very helpful young woman reported on the ice but also directed me to a website called drivetexas.org where I could see for myself just where the ice was the worst. And guess what? If we stayed off I-20, which I try to avoid anyway, and go through Big Spring and San Angelo, we could circumvent the problem areas and make it to Austin unscathed. Which we did. It was gray and foggy the whole way, and we did see a few snowy-white trees around Lamesa, but we made it just fine. 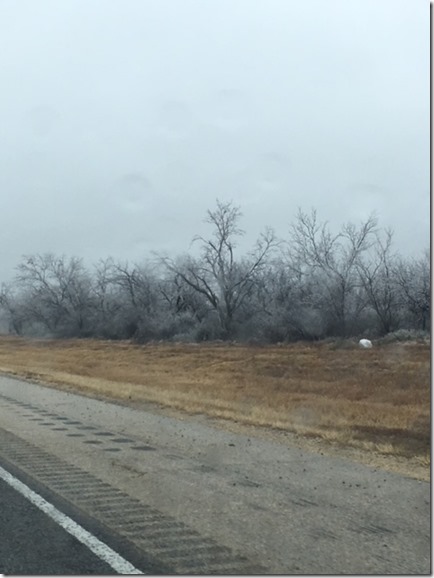 We checked into the Renaissance Austin Hotel and then set out in the cold foggy mist to celebrate our safe arrival with way too much to eat at a nearby Pappadeaux Seafood Kitchen. 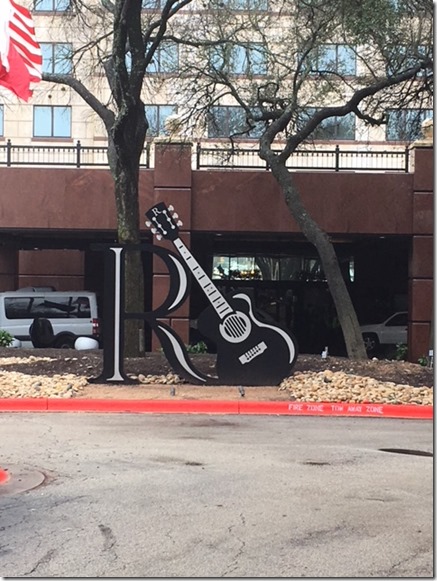 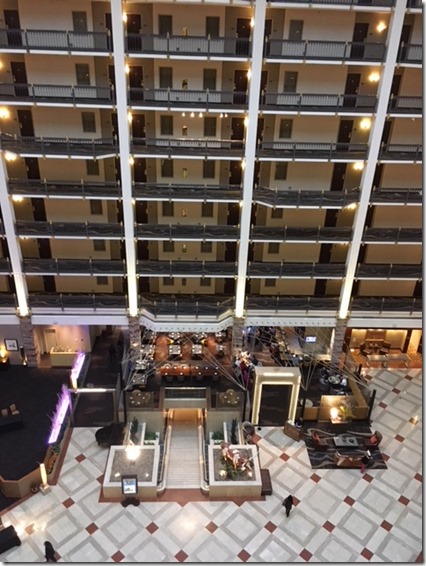 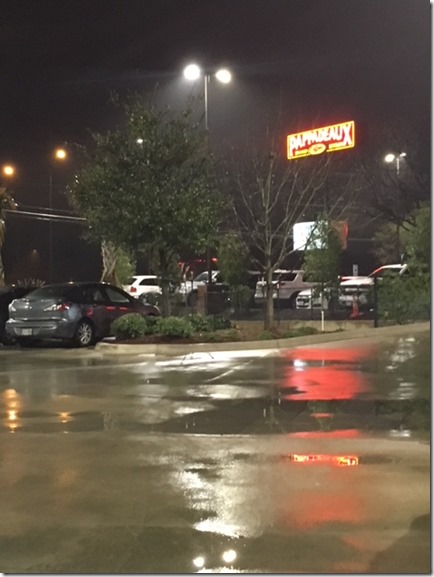 I served as state president of Texas Classroom Teachers Association during the 2003-04 school year. I  also served for many years as a District 17 director and then as Legislative Chairperson on the state executive board before my three-year term as president-elect, president, and past president. Then after I served that last part of my term as past-president, I retired and was no longer an active member of the organization, but joined as a retired teacher. All that to say that now, fourteen years later, I’m ancient history at the state office in Austin! And that is as it should be. New blood and other teachers, like my daughter Caroline, are taking leadership positions and continue to promote and support education through their involvement with the best teacher organization in Texas.

Even though my time with TCTA is history, I saw many familiar faces during the day, active teachers in attendance who are still serving in elected leadership positions on the executive board, as district directors, or as concerned and active delegates. In fact, it was great fun to see Suzanne Garcia McCall presiding over the general assembly as state president. Suzanne was a youngster just getting started in her teaching career back when I was a regular at TCTA conventions and meetings. Just a kid ! And now here were her two sons leading us in the pledges to the flags. (Apparently retired teachers are not smart enough to know how to get rid of the stretching of this image when I finally found out how to turn it right-side up! So this will just have to do.) 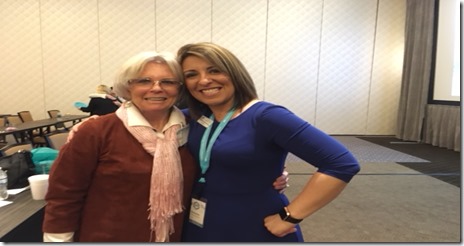 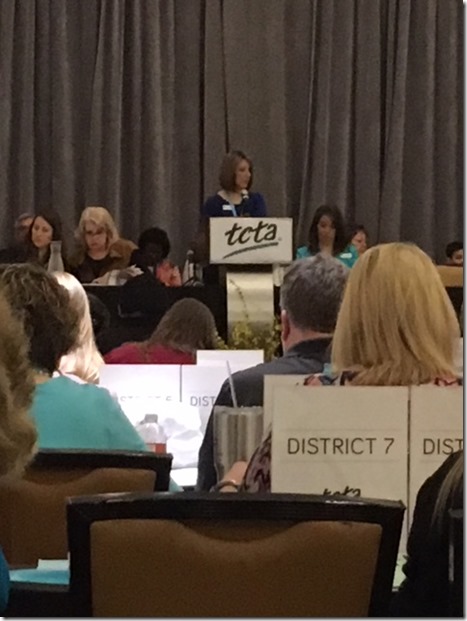 And there were others I had served with that I was glad to see again after fourteen years: Janie Baszile, Cristal Isaacks, Dolores Ramirez, Sherry Miller, Susan Lewis, Gloria Galvan, and I’m sure others that I missed during the day. I had the presence of mind to take pictures of some of them, but alas, not all. 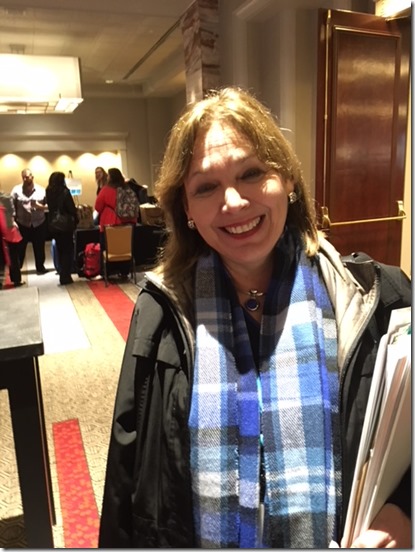 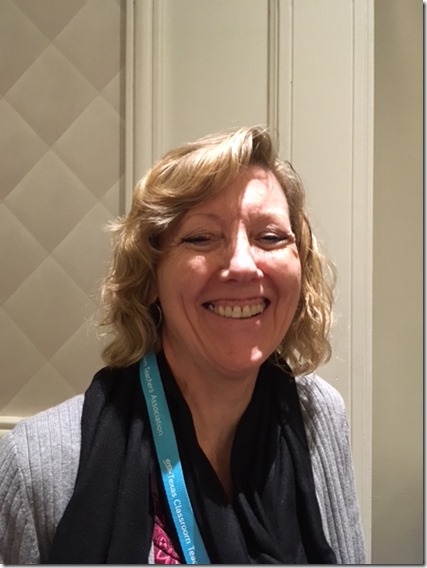 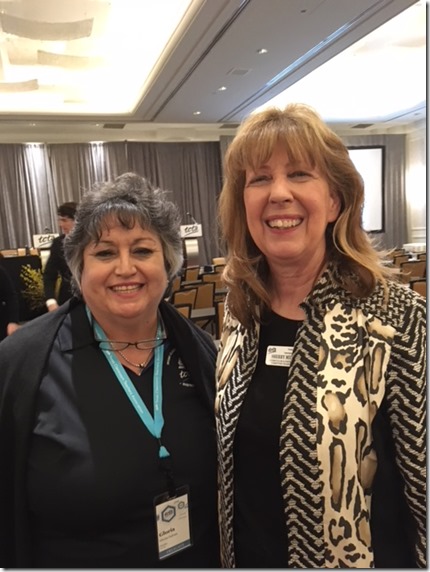 While there had been some turnover in the headquarters staff, many of the old hands were there taking care of business just like they did when I was a member, and I met some of the new blood that have been added over the years.

Julia Swope has been director of membership for as long as I can remember, and we always have something to talk about. 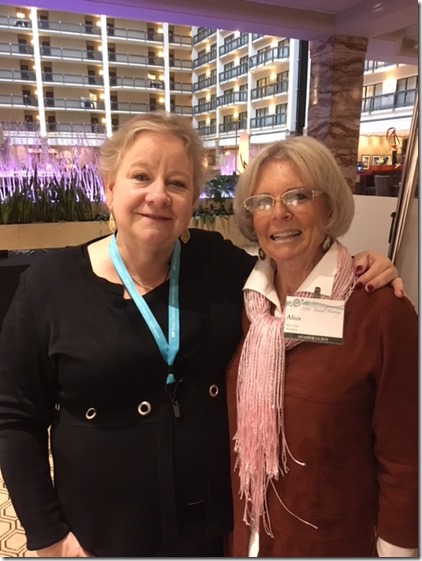 I caught Chief Staff Attorney Dohn Larson and Executive Director Jere Stone before they set to work on the day’s events but didn’t get to visit with them.  After all, they had work to do, which didn’t include sitting around talking to me while I had no work to do. See, there’s that ancient history again! I was introduced and recognized during the general assembly, though, which was nice. 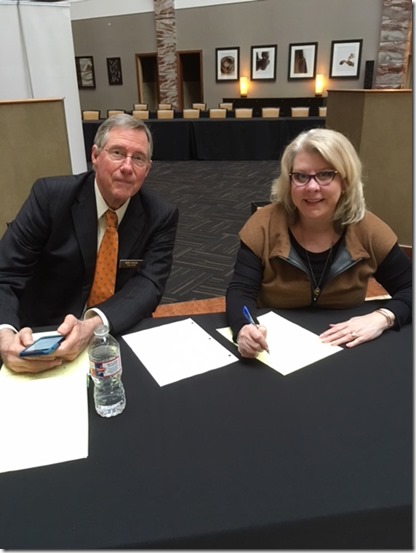 I caught this shot of Suzanne and General Counsel Lonnie Hollingsworth, Jr. after the meeting. 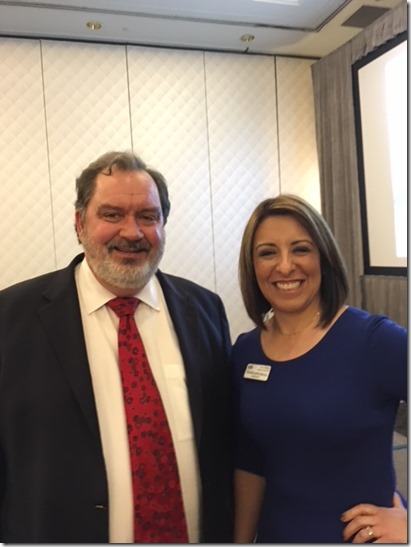 Ann Fickel, who is now Associate Executive Director, answered many a question for me during my term as president. Pictured with her is Tiffany Norman, one of those new kids in the staff line-up. 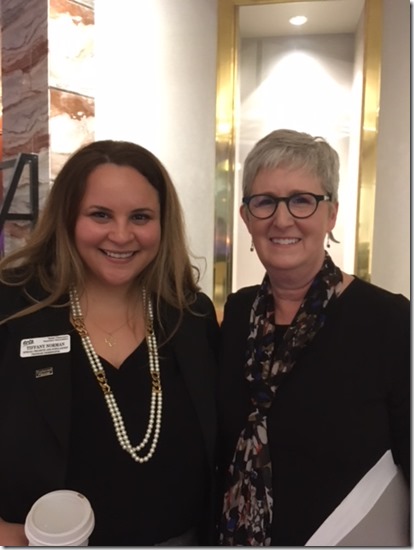 Holly Eaton was on staff during my days in TCTA and it was good to see her again.  She was just a youngster back then, too. 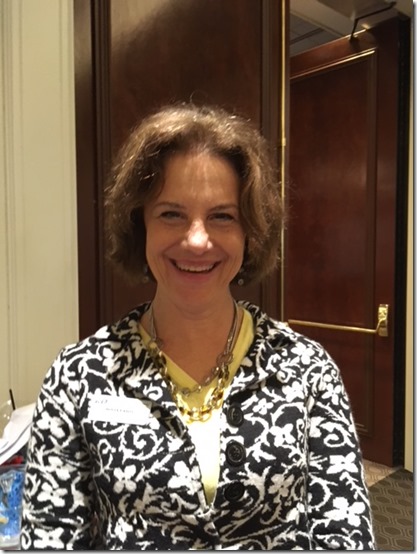 I also chatted with old-timers LIndsay Gustafson and Michael Currie at the ACT for TCTA booth. Also pictured again is Tiffany Norman. I think Cody Richardson and/or Gerald Francisco and  Persie Ngo-Hatchie were around the booth but missed that photo-op. I also missed a shot of Tammy Carter and Martha Martinez, but I did get to hug their necks! Later in the day I realized I had missed Jan Lanfear who retired after 40 years but still helps from time to time. I would have hugged her neck, too. 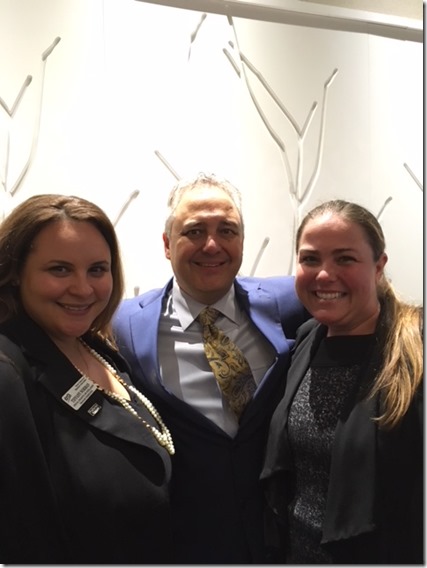 As is expected when TCTA members gather, good information is shared, new techniques are learned, and issues concerning teachers and the state of education in Texas are discussed. Ginny Copeland and Paula Walker led a break-out session on helping struggling students close their achievement gap. The keynote address was given by State Board of Education Chairwoman Donna Bahorich who discussed long-range plans for public education in Texas, including teacher retention and recruitment and encouraged teachers to participate in the process and provide input to TEA. The Representative Assembly covered committee reports, heard from candidates running for office, then broke for district sessions and voting.

After lunch the assembly heard from Rev. Charles Foster Johnson, founder and executive director of Pastors for Texas Children who discussed the upcoming election and how its outcome will affect education. Another Representative Assembly followed with the rest of the committee reports, member response to some education and policy issues, and election results.

As the day came to an end, goodbyes were said and Caroline and II  set out again in a foggy gray haze to spend the night at the lake house in KIngsland and then drive home the next day. Good meeting; good trip. 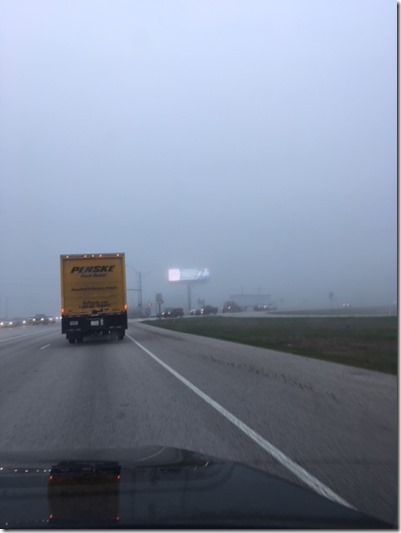 Thanks for letting me tag along, Caroline.

My thanks to Suzanne Garcia McCall for making me feel at home in the visitor’s section and visiting with me after the meeting to help me remember names to go with the new faces in the organization.