Hot Enough for Ya?

Today is one of those days when Jay Leno would have said, “It was so hot today,” and someone in the band would, on cue, ask, “How hot was it?” followed by “It was so hot you could…and I will let you fill in the punch line. I tried and all I could come up with was something lame like…well, trust me, it was lame. And trust me, it is hot. If you live in Arizona, I am sure you will snort, roll your eyes, and say we don’t know what hot is. In Houston, you will tell me how many buckets of sweat dripped off you today. I know. Everyone is battling their own special brand of heat. At 3:30 I checked the Weather Channel app on my phone, and it said Muleshoe was enjoying a 99 degree afternoon, which is really pretty normal up here. But today it just seems unrelenting.  I headed outside and checked the thermometer which faces west but is on the east side of the house and it said this: 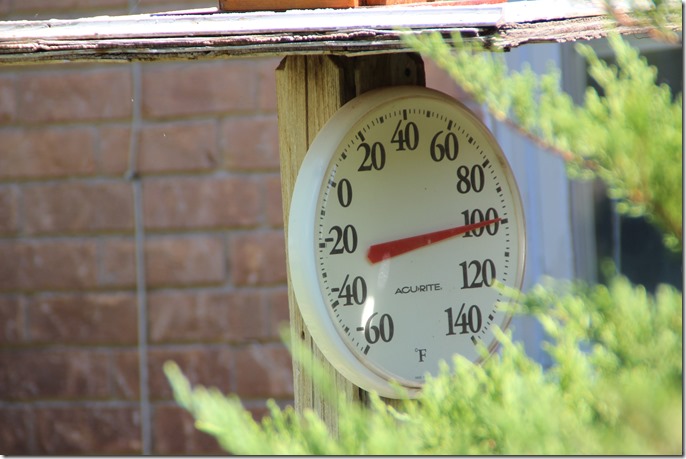 Then I went inside the barn which truly felt like an oven, even with ceiling fan, floor fan, and windows open, and that thermometer said: 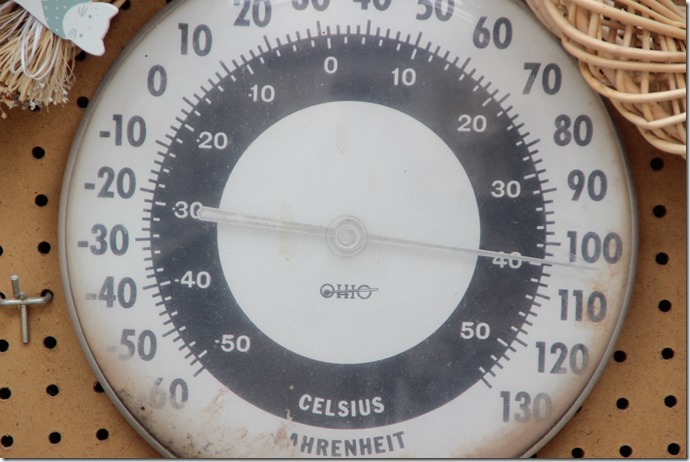 My little greenhouse thermometer, with three fans running inside, said even worse: 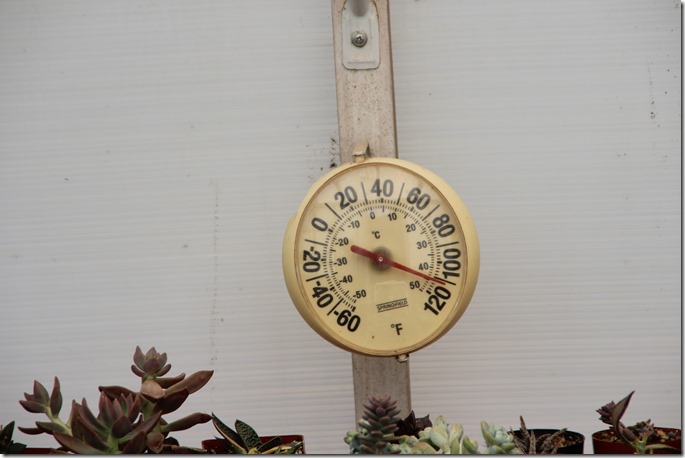 And this temperature display unit in the house that goes with the sensor in the greenhouse which allows me to monitor its temperature without having to go out there to check during blizzards and heat waves said this: 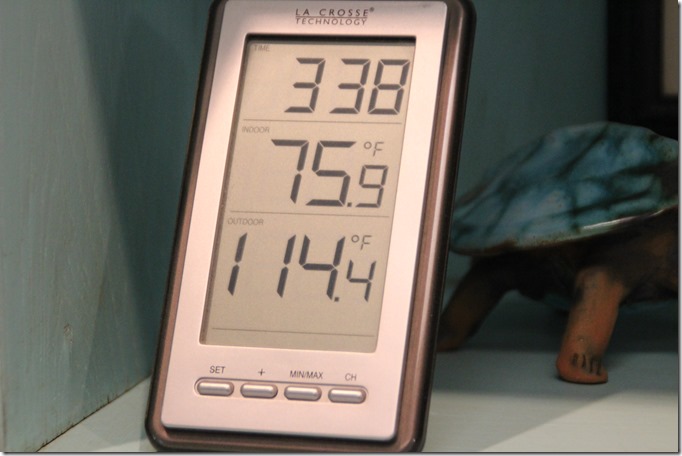 So I’ll tell you how hot it is. It is so hot that it has won and driven this old woman inside with a headache and just not up to trying to do anything outside, even in the shade, even with an outdoor floor fan going full-blast. But before I gave up and came in, I did cover a newly transplanted sharkskin agave with a piece of shade cloth so it won’t sunburn today. Even agaves and cactus need to gradually build up resistance to the sun’s rays like we are dealing with today. 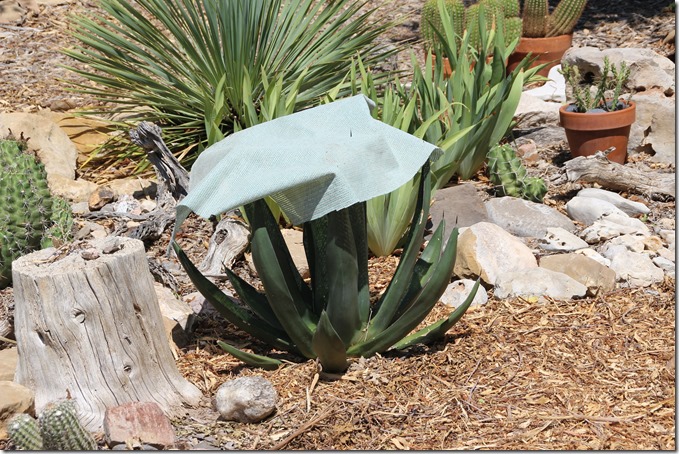 But then, right next to the agave, the veterans are bravely doing their thing and thumbing their noses at the heat in brilliant fashion. 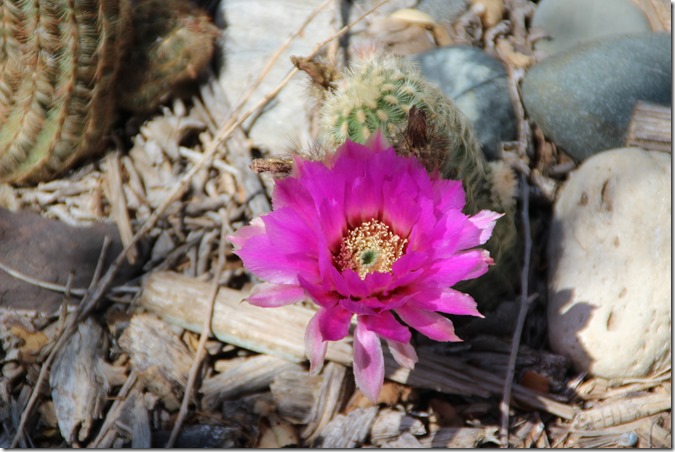 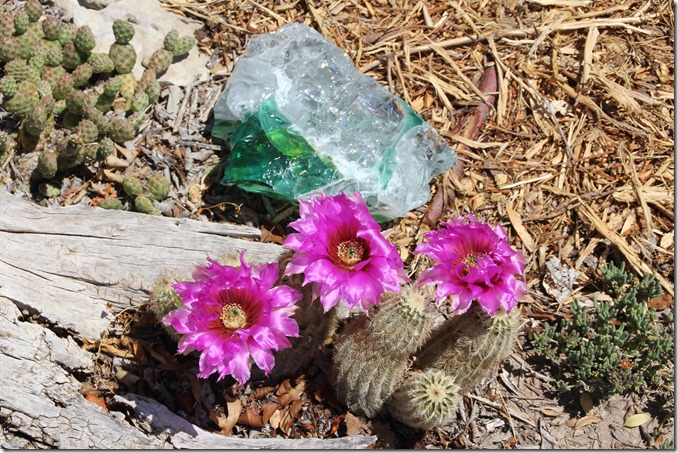 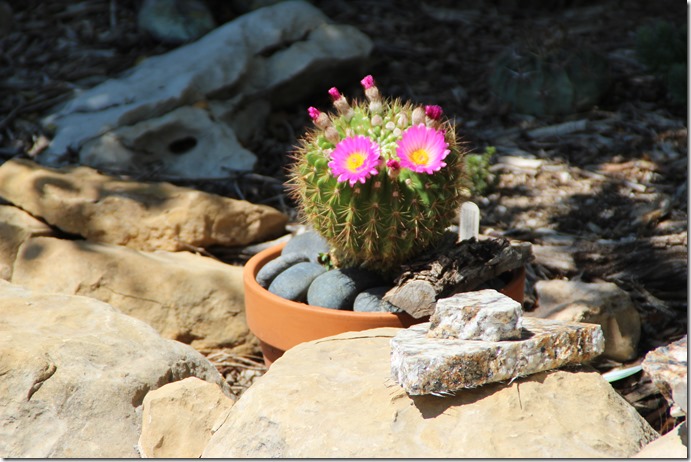 The cats, however, seem to purposely pick the hottest places to sleep on an afternoon like this. In the garage, curled up in one of my big plastic storage containers full of gravel, in the corner of a storage shelf. But the still unnamed tiny kitten found a slightly cooler spot to nap wedged between pots that are sitting under the shade cloth stretched between the greenhouse and the barn. 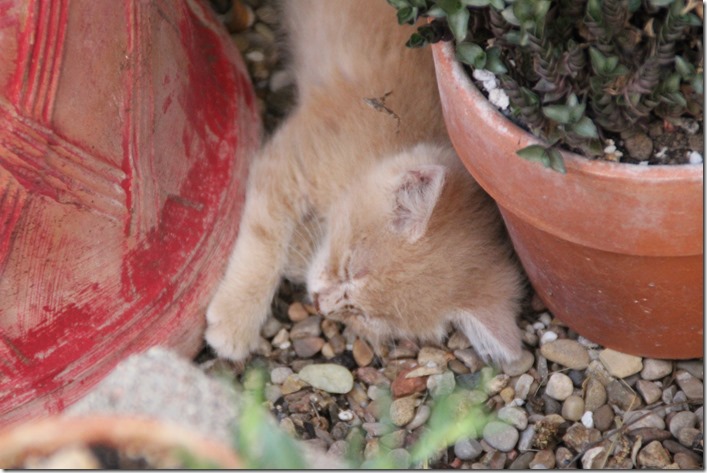 Where’s that –5 degrees we were whining about last winter?

We’re never satisfied, are we?