The Geese Dropped in for a Visit

Sometime in the mid-90s when Bill’s mother, Eloise, and her husband Pete were wandering aimlessly around America in their motor home, they wound up in Sidney, Nebraska, location of the original Cabela’s store. About that same time three large Cabela boxes mysteriously appeared at our door. After opening them, we realized we were now the proud owners of nine Canada geese! Well, decoys, but geese nonetheless.

We aren’t goose hunters, so we really weren’t sure what to do with them, and I don’t know that you need nine decoys even when tempting geese to drop in on you, so we decided they would become yard decorations, which is obviously what Eloise had in mind when she sent them. We waited till after Halloween, just to be sure no midnight mischief befell them, and then set them out in the cactus garden.

They seemed to like it there, and looked good, too. We had fun watching cars driving by slow down, some even coming to an abrupt halt to check out unexpected geese in the yard. They looked good in snow, too, and Durwood Cat had to investigate. This picture was already in a scrapbook, as you can probably tell, so taking a picture of the picture was the easiest thing to do. 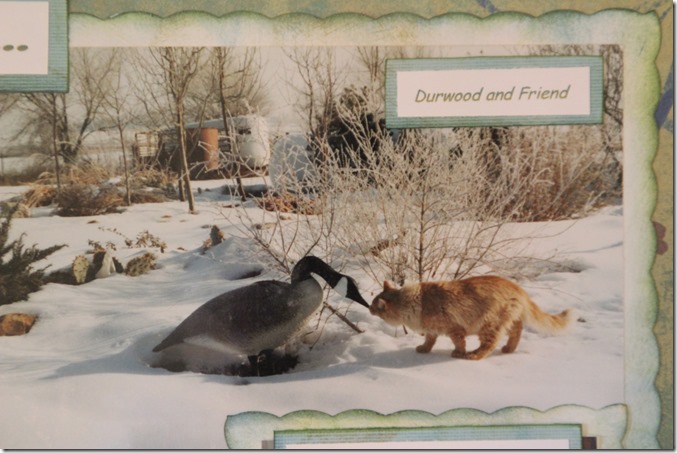 We put them out for several years, but for some reason, didn’t one year, probably because they spent the summer on a loft in the barn that was hard to get to, and we just didn’t go to the trouble of getting them down. Years passed and we got out of the habit of putting them out.

But this year Bill cleaned the loft and while he was up there, the geese came down and made their way into the yard. 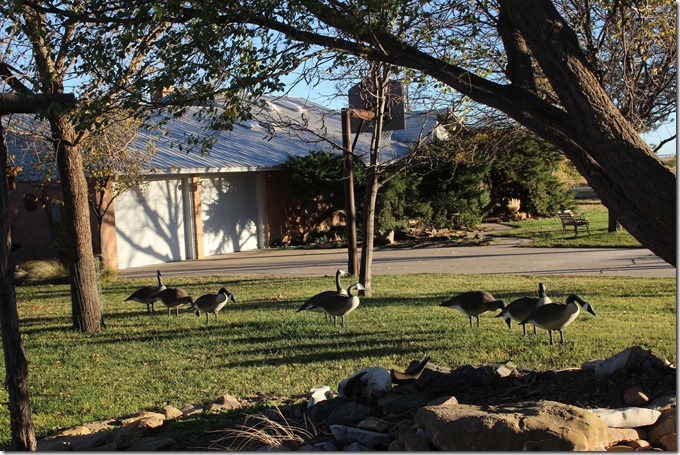 They pretty much look like the real deal, don’t they? 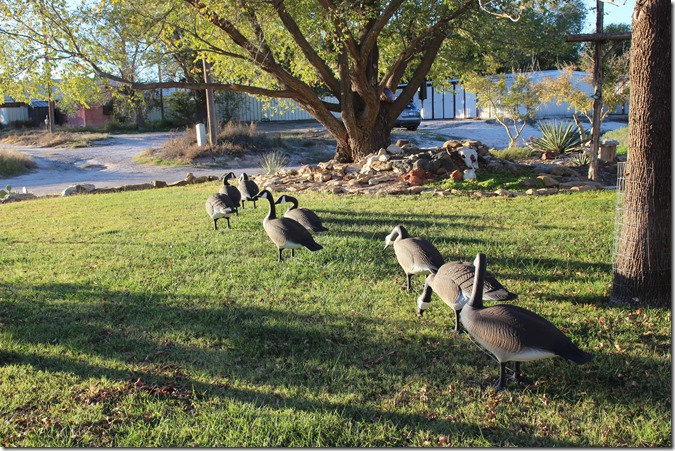 When Spring comes, they will mysteriously migrate and be gone, just like their airborne, honking counterparts. 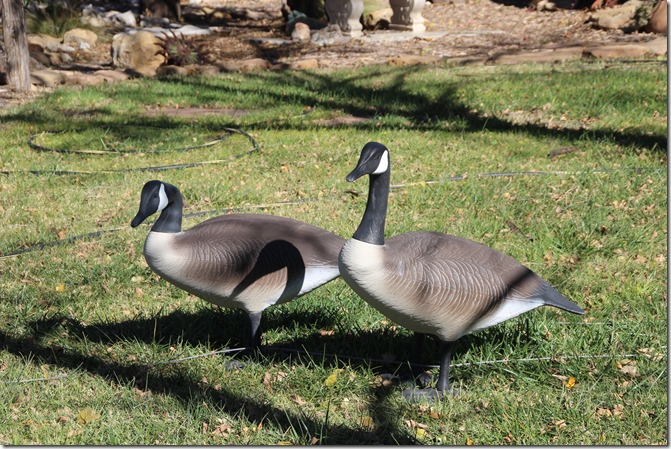 Now that we have enjoyed them again this year, perhaps the tradition will be revived, and they will find their way out into the yard again next winter. 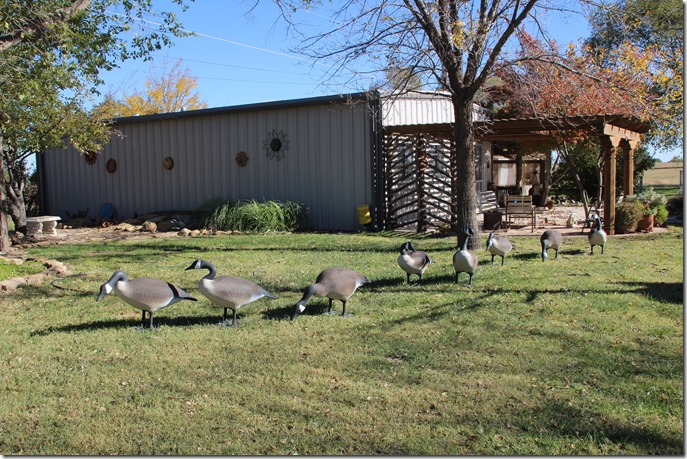 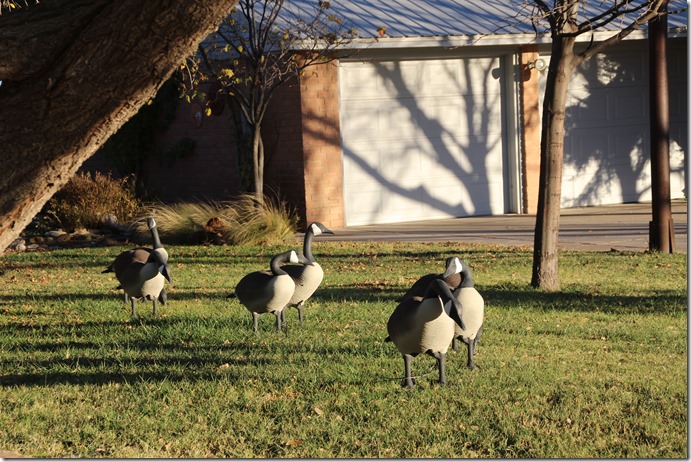 They will be in another location and in another pattern, of course, but they will still turn heads ands stop cars!