A Word About Blessings

A Sunday or two ago our pastor Mindy McLanahan neatly tied together finding one’s purpose in life to being a blessing in someone’s life. She read a story to us from a book titled Enough; Discovering Joy Through Simplicity and Generosity, by Adam Hamilton (Abingdon Press). I was touched by the story and asked Mindy if she would mind if I shared it with my readers. She graciously said yes. I could paraphrase what Mr. Hamilton wrote, but I would rather let him tell the story in his own words:

“Barbara Glanz is a motivational speaker who conducts workshops for large companies. One day she was speaking at an event for the employees of a grocery store chain. She talked to them about how they saw their life purpose, suggesting that their work was more than stocking shelves or ringing up customers’ food purchases or delivering supplies. She told them that every person they met was an opportunity to bless someone, to live out a higher calling or mission. The employees were inspired by her words, including one nineteen-year-old grocery bagger named Johnny.

Johnny, who has Down syndrome, took her words to heart. He went home and tried to think of ways he could be a blessing to others. Finally, he came up with a plan. Each night he would search the Internet for a positive saying that would encourage people. Then he would print out 300 copies and carefully cut the sayings into individual strips. The next day, he would put one of the sayings in the grocery bag of each of his customers while saying, “I put a saying in your bag. I hope it helps you have a good day. Thanks for coming here.”

A month later, the manager noticed that Johnny’s line was much longer than the others. Even when he announced that there was no waiting in lines 2 and 3, no one budged. People wanted Johnny to be their bag boy. He touched them and filled them with hope. Johnny got it. He was pursuing a mission that was bigger than his personal satisfaction.”

So here is this young man whom society would consider below average intelligence, mentally challenged, if you will, and here I am, blessed with so-called normal intelligence, and this kid is way ahead of me. I still try to identify my purpose in life most days, and I am quite sure I miss golden opportunities all the time to share a blessing or be a blessing to someone.

To be a blessing or share joy doesn’t have to be a superhuman feat like curing cancer. Sometimes all it takes is a smile and a kind word.

Or carrying out someone’s groceries and putting a little word of encouragement inside.

Not a bad purpose for someone’s life at all, I must say. 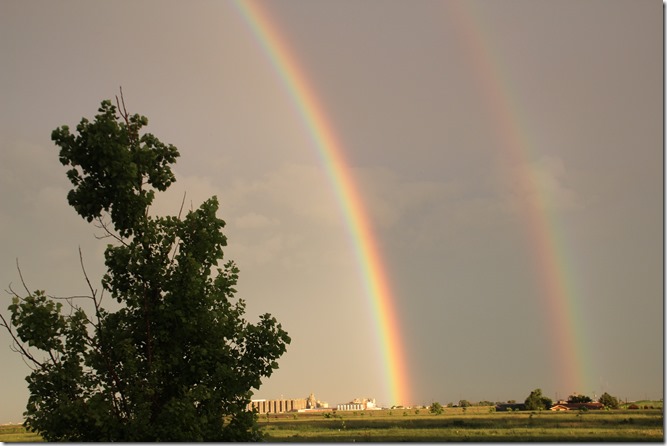 Also see this story at  www.barbaraglanz.com