It always happens that when we lose a cat, fate seems to send us another.

You might recall we recently lost three cats within four months of each other and were down to two. In January Siam came to live with us. The other day Bill told me we had a cat hanging around in the barn who didn’t seem to be going away. Time passed and she was still here. One day I accidently came up on her and managed to catch her. So guess what? Now we are back up to four.

Here she is. Meet Daisy. 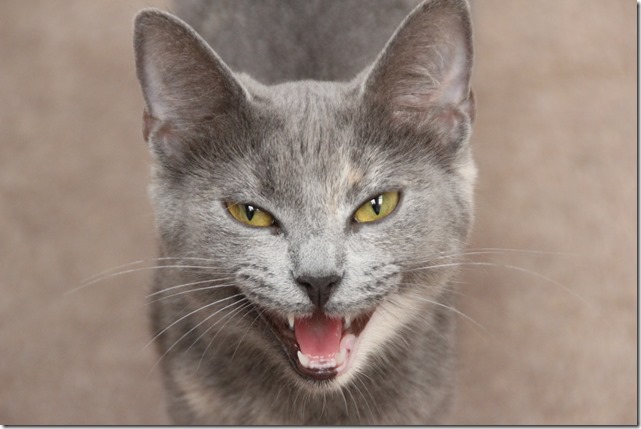 The dogs usually see to it that stray animals are run off, but for some reason this little cat had managed to hang around without them getting hold of her and was obviously intending to stay here. Cat food is always available in the barn, but she was so terribly thin I wondered if she was eating much of it. Maybe between Perla and Minnie perhaps not being hospitable and Mari and Porche always looking for her, and the barn staying terribly hot, she just wasn’t going in to eat much.

After she let me hold her and feed her for a couple of days, I took her to the vet for her shots and have her checked out. I wound up leaving her so she could be spayed. And now she is doing just fine. She has put on weight, knows her name, has made friends, sort of, with the dogs, seems to be tolerated by the cats, and is content now that this is her official new home. 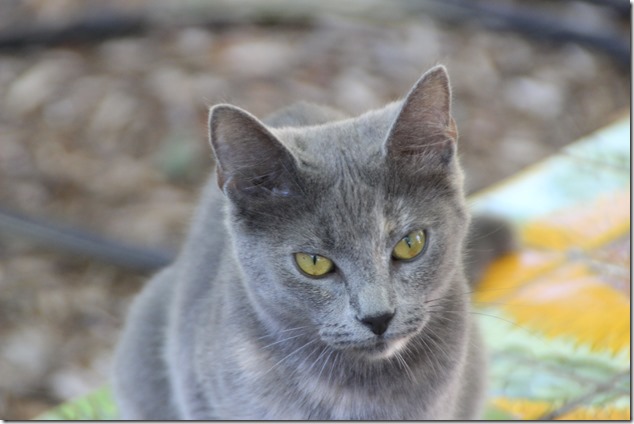 Little by little she and the dogs became acquainted, especially after I made it clear to them that she was now a member of the family and not to be chased. Mari accepted her much quicker than Porche, but we are getting there. Yesterday they were all three out helping me move rocks, and we had no major flair-ups, other than the occasional arched back and a little hissing, after which Porche just walked away. 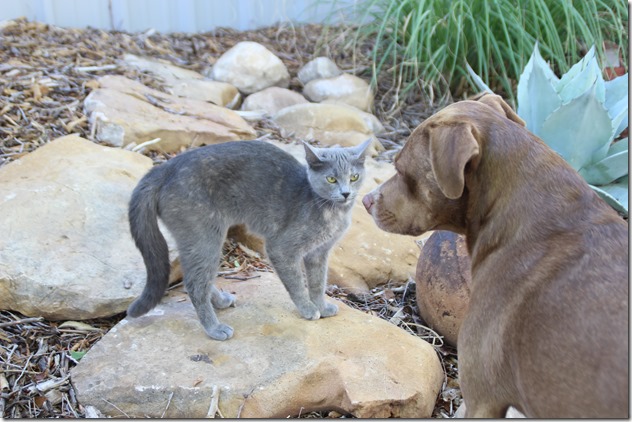 Daisy weighed six pounds when I took her to the vet, more than I would have thought, and she will be a little cat like Peaches was, but she is putting on weight, her coat has smoothed out and is getting softer, and she is beginning to behave like she feels good and knows she is one of the family. 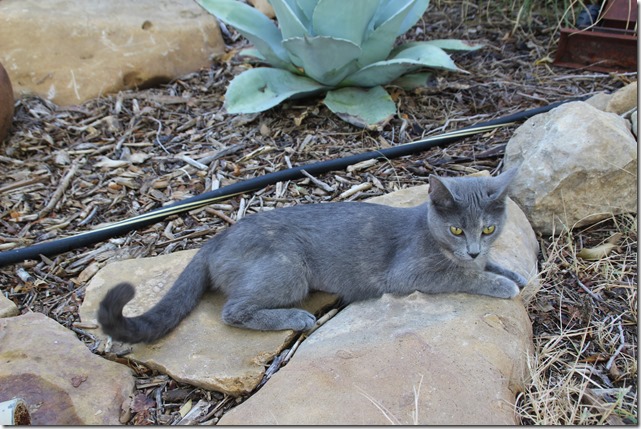 Unlike Perla, who choses to ignore the mockingbirds as much as possible, this little cat watched them and even did the cat thing where they sort of chatter when they are hunting, which she is doing here. Right after this she charged up the tree after the bird. 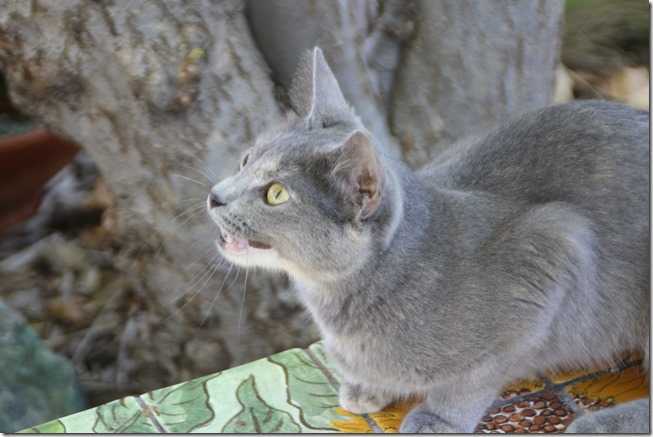 I don’t know where Daisy came from or what her life was like before fate sent her to us, but she seems to be happy here, and I expect her to grow old with us. I will have fun saying I am driving Miss Daisy when I take her to the vet for her shots every year. 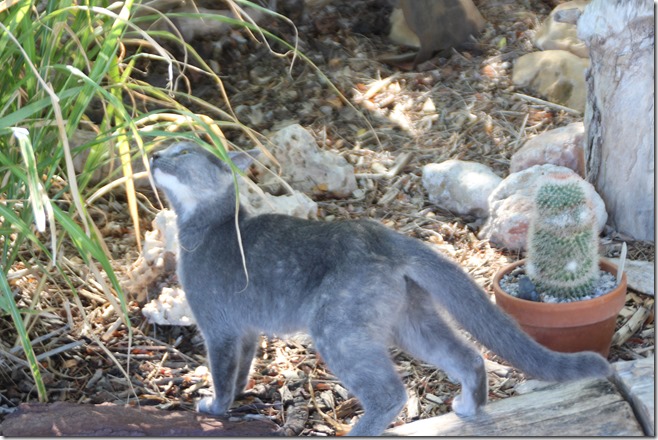 -and if you don’t get the allusion to Driving Miss Daisy, well, you are just too darn young! 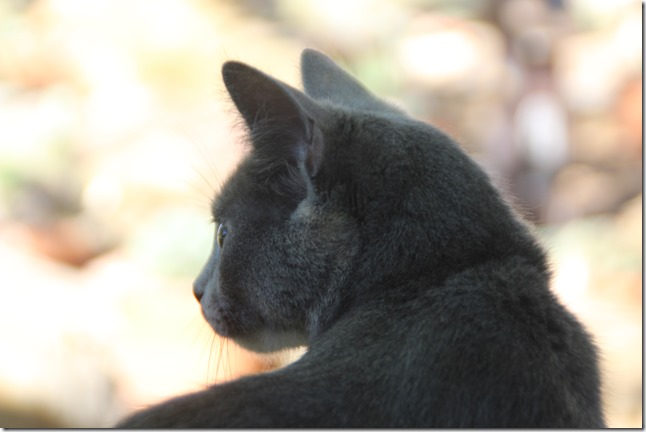