We had our annual Founder’s Day celebration last week and named our choice for Woman of the Year for 2016: Dolores Harvey, for her work with the Muleshoe Heritage Foundation. Dolores and three former Women of the Year, Gina Wilkerson, Maureen Hooten, Magann Rennels, enjoyed the evening with us. 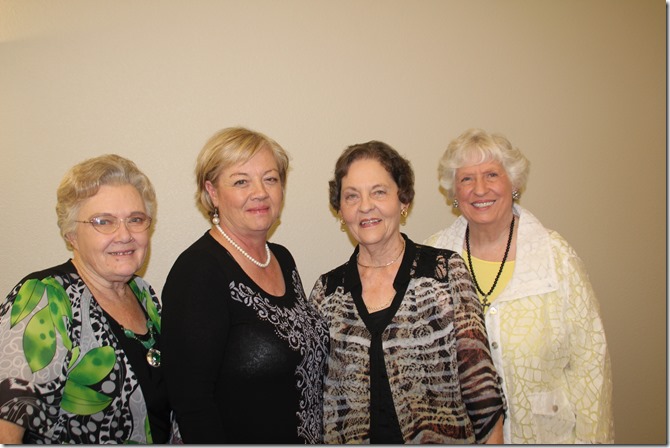 And I wondered how many people in Muleshoe even know that this sorority exists. So here’s a little history lesson.

Beta Sigma Phi is an international  non-academic service sorority with 200,000 members worldwide. Founded by Walter W. Ross, a business management consultant,  in Abilene, Kansas, in 1931, the sorority was for the purpose of enriching the lives of its members through social, cultural, and civic involvement. He saw the need for an outlet for women during the Depression, and came up with the sorority. The need must have been real, because the sorority was embraced by women all over the world. Throughout the years, members have donated approximately $1 million to medical research, treatment, and worthwhile causes through what is known as The Endowment Fund.

The first Muleshoe chapter, Alpha Zeta Pi, was chartered in 1969. Chapters are chartered based on the length of time members have been active in their chapter, and by 1973, the time was right for the next level of membership in Xi Omicron Xi, the Exemplar chapter. Members moved up to this chapter as new pledges were inducted into Alpha Zeta Pi. Eventually membership flourished  and became stable, so in 1979 the Preceptor Chapter, Zeta Rho, was chartered and original members moved into that level of participation.

Locally the sorority has contributed to Meals on Wheels, the Bailey County Food Pantry, and other organizations and individuals in need of financial and moral support.

And one of the time-honored traditions of the Muleshoe chapters is to honor a woman who has given of her time and talents for the betterment of the community. The one rule is that members of the sorority are not eligible for the title.  Pauline Griffin was the first Woman of the Year in 1974. The list of recipients is long, but you might see some names of women you know that were honored and you didn’t know about it. Some have passed on; many are still with us. After Pauline, in order of their recognition, here they are: Elizabeth Black; Elizabeth Watson, Dorine Harbin, Anne Camp,  Dorothy Green; Inez Bobo; Mary Nell Chapman; Bernice Blackman, Joy Stancell, Mary B. Obenhaus; Magann Rennels; Ruby Lee Kerr; Katherine Sanders; Jenne McVicker; Bobbie Dunham; Betty Cowan; Vivian White; Nelda Marriott; Janie Balderas; Kay Graves; Julie Cage; Maurine Hooten. Jean Allison; Rowena Myers; Lavon Hunt; Berta Combs; Cindy Coberly; Evelyn Ellington; Arlene Phelps; Georgia Pena; Jim Ella Clemmons; Peggy Dent; Brenda Black; JoEllen Cowart; April Smith; Donna Jay; Pat Watson, Irene Mason; Gina Wilkerson; Liz Tipps. And of course this year’s honoree, Dolores Harvey.

We have other traditions and recognitions, such as voting on the Member of the Year, providing a cultural program at each meeting, holding Founder’s Day in honor of Walter Ross, an Octoberfest meeting which is a opportunity for all chapters to get together and have a meal and some fun together, sending a yellow rose, yellow being the sorority’s color, to those who are ill or have lost a loved one, and presenting a silver baby spoon to a new mother or grandmother.

When we moved to Muleshoe in 1980, I was invited to join Alpha Zeta Pi. Cindy Purdy was my pledge trainer, and she was serious about pledges being well-versed in the rituals, traditions, and history of the sorority. She was like a drill sergeant! But we learned it all and had a good time doing it. For someone new to Muleshoe, the sorority was my way to meet people and become a part of the community. Membership made making new friends much easier.

Today, membership has dropped. Young women don’t seem to rely on the sorority like we did for social introduction and acceptance. It is not the same world, at least in part because of Facebook, Twitter, Instagram, all those Internet applications we older members don’t always understand or rely on seem to have taken the place of personal contact, and the girls aren’t as interested in joining. Life has changed in other ways, and last year we saw the disbanding of the younger group, Alpha Zeta Pi.

But we old dinosaurs and some determined young ones are still enjoying the organization. Still working on following the Good, the True, only the Beautiful and trying to give the best that is in us to our sorority and world.

And that’s a good thing. 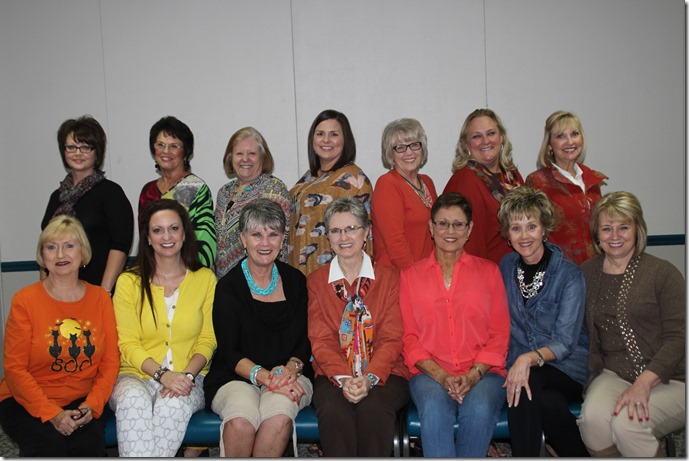 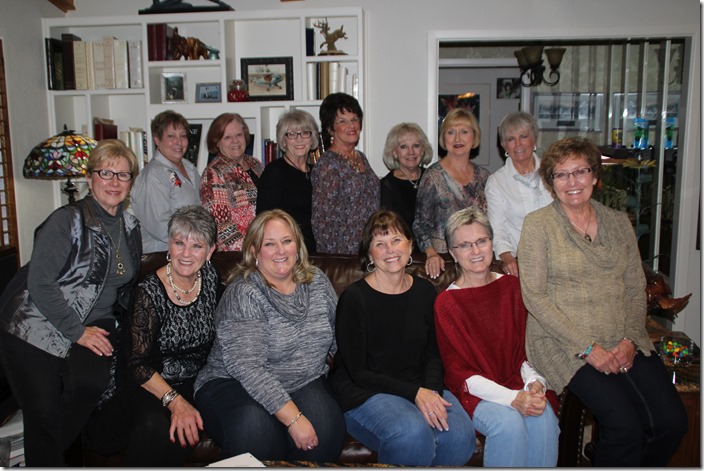 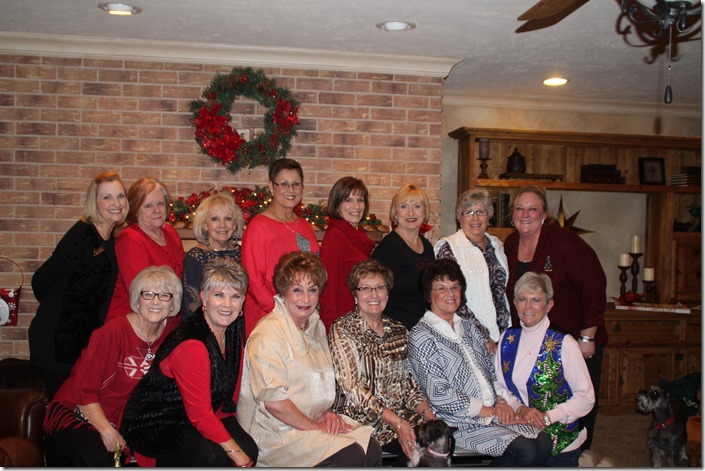