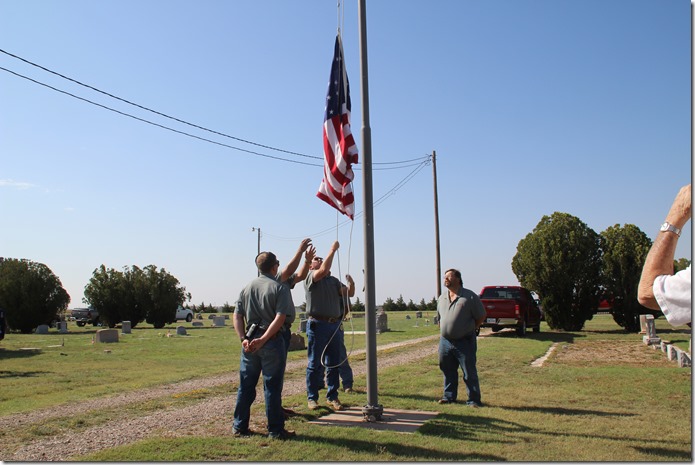 We attended the annual Memorial Day service at the old Bailey County Cemetery this morning, also visited family graves in Groom and Bovina, and saw the Thunderbirds Sunday at Cannon AFB, but I will share those stories with you next week. We saw something new to us after the ceremony today that is worth sharing first. Those of you in the military now or who have served before are most likely aware of this tradition, but it was new to us.

We came across a military headstone that honored a veteran, Francis N. Dominick,  who served in the Spanish-American War, surely one of the very oldest headstones in the cemetery. 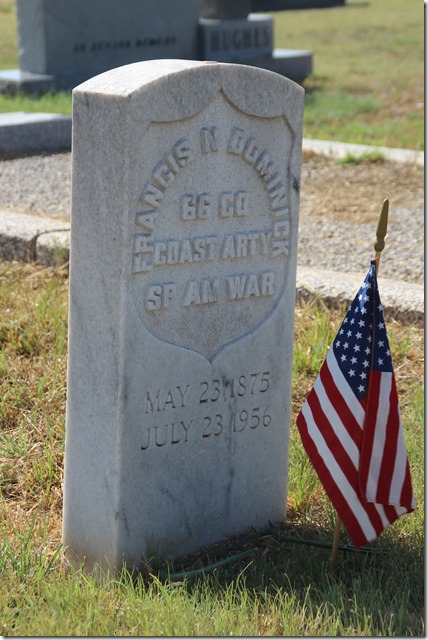 As I took the picture, I noticed a bright, shiny new penny on top of the marker. 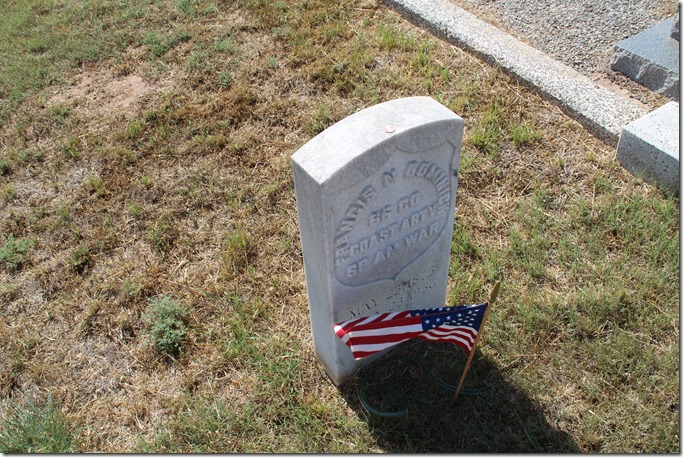 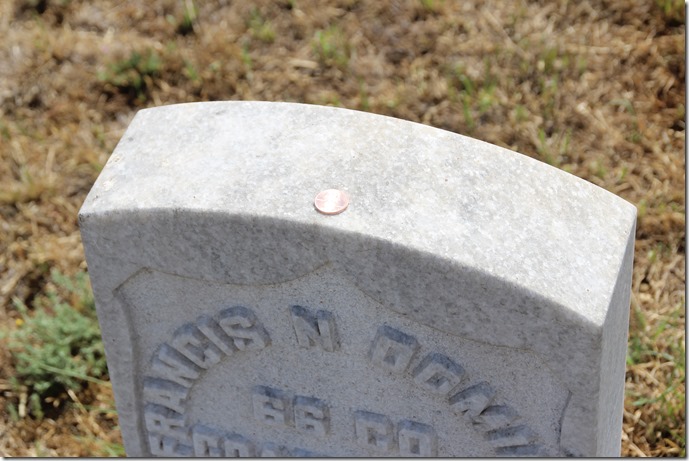 Then we realized that pennies were on all of the military headstones around us, all new and sparkling in the sun. What significance the penny held was a mystery to us, but it seemed like a special tribute that deserved some research.

So when we came home from the day’s travels, I called Basil Nash who always help with the planning of the service and who has served himself why the pennies were there. And I also looked it up on the Internet. This is what I learned.

The penny serves as a marker to the family of the deceased soldier that someone, usually a veteran, has come to pay his respects to the person who made that ultimate sacrifice for his or her country. If the coin is a nickel, it means the veteran went to boot camp or trained in some capacity with this soldier. A dime signifies they actually served together. A quarter, perhaps the most meaningful of the coins, lets the family know that the veteran was there when the soldier died.

Some say the quarter might also serve as seed money for buying the deceased a beer or to play a game of cards when they meet again.

As the coins collect on the grave, they are left in honor of the fallen soldier for a time and then collected to be used to pay for maintaining the cemetery or to cover the cost of burying an indigent veteran. Which is the way it should be.

The practice dates back to Roman times but became a common practice during the Vietnam war when comrades wanted to honor the dead, but because of the political turmoil surrounding that war they thought this was a gentler way to let the family know their loved one was not forgotten without possibly getting into a heated and unpleasant discussion of the politics of that war.

The leaving of the coins has continued through the years and seems to me an honorable way for servicemen to recognize the death of the loyal American soldiers. And I appreciate the quiet, subtle way it lets the veterans pay homage in private and without fanfare because  they do not do it for recognition of themselves. They do it for their fallen comrade.

Civilians are free to leave a penny, too, but  I think it means so much more when our soldiers are allowed to do it in peace and in a very personal way.

God bless ‘em all; those who died and those who leave the coins.