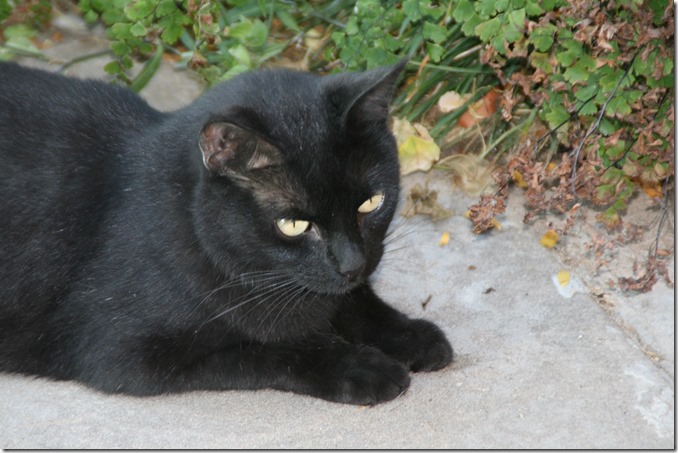 My posse is grieving the loss of our smallest member. Peaches died in my arms Saturday morning. 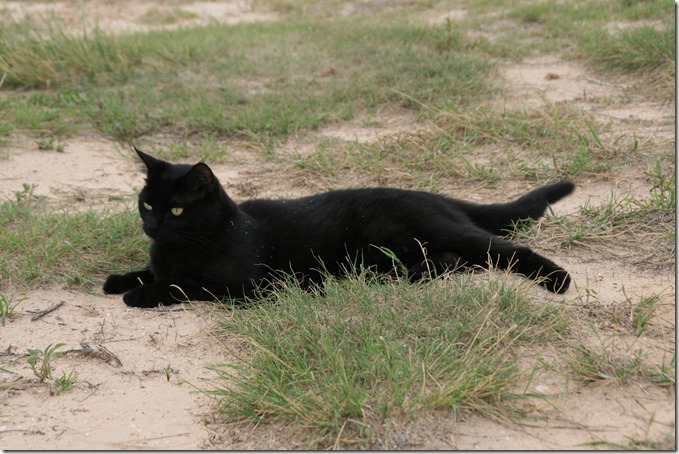 Peaches was the most head-strong, independent, fearless little cat you would ever want to meet. From the day she showed up in the yard and announced herself to Bill and his weed-eater, she did things her way. She earned her name right after she arrived here, making a pest of herself while Bill peeled peaches that I was freezing. When no amount of pushing her off the table worked, and he let her sit there, an acceptable distance from the bowl of sliced peaches, he remarked casually, “Well, I guess we can call her Peaches,” and it just fit.

In the beginning, she really didn’t want to be outside and would go to great extremes to let me know that by twisting around and literally pushing with her paws on an imaginary door as if to say No, no, don’t make me go outside! So I didn’t. But then she started scratching on the furniture and I couldn’t get her to stop, so in desperation I had her declawed, something I normally don’t do to our cats. But she brought it on herself. So the paws healed, things rocked along and then she decides she wants to go out! So I let her out, and she did just fine without the claws. The pattern was being set for doing things her way. 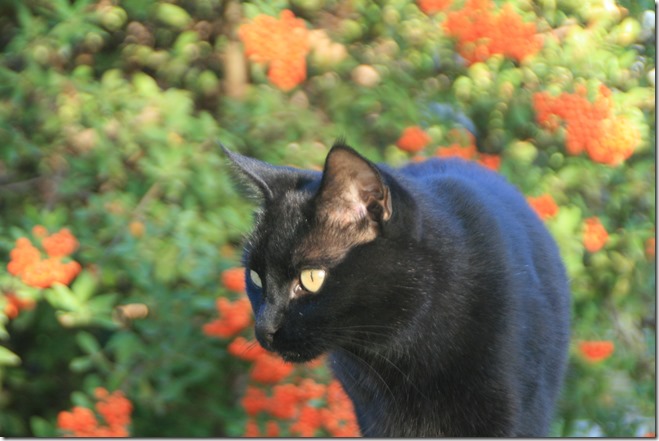 Her other little unexplained behavior had to do with petting and holding. She wanted to be petted, but on her own terms. A few pleasant rubs on the head, under the chin, maybe down the back, and then boom! That was enough. A growl, a paw to push the hand away, a light bite if needed, and off she went. She didn’t really liked to be held, either, unless it was her idea. Her favorite time to sit in my lap was  in the bathroom and she would settle herself down and be quite happy until I was ready to get up and then she would grumble when she had to get down. In her later years, and especially in the cold of winter, she would seek out my lap anywhere I was sitting but still grumble when she had to get down. But just like helping Bill with the peaches, she wanted to be where the people were and things were happening, like here in the middle of the remodeling in 2011. 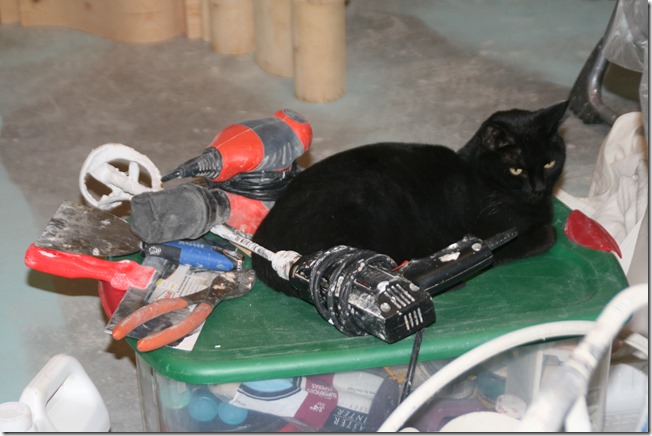 What I will miss most, I think, is her coming to get me when she wanted to go outside. She would find me, give me her best intense stare, sometimes with a little meow, and then when I would see her and get up, she would turn and do her soft little trot, trot, trot down the hall, leading me to the door she wished to exit, and out she’d go.

She had not been doing well for a few weeks, even after trips to see the vet. We went one more time. They drew blood yet again and what had been suspected was confirmed; renal failure. She wasn’t eating, drinking little, and doing even less. I knew how this was going to end, that I really couldn’t do anything to change the outcome. I already had a trip planned and felt I had to go on, and reluctantly, I did.  As I drove home Friday, the closer to home, the heavier became the dread. But she was still alive, waiting for me. I stayed with her until bedtime, finally gave up and told her goodnight. Around 5:45 a.m. I heard her beside the bed, crying. I picked her up and settled her beside me. She was quiet for a brief time, fussing a few times, in pure Peaches fashion, because dying wasn’t her idea. But by 6 it was all over, and she was at peace. I think she planned it that way, that I could be there with her.

We buried her in the front flower bed by the birdbath where she liked to watch the world go by. 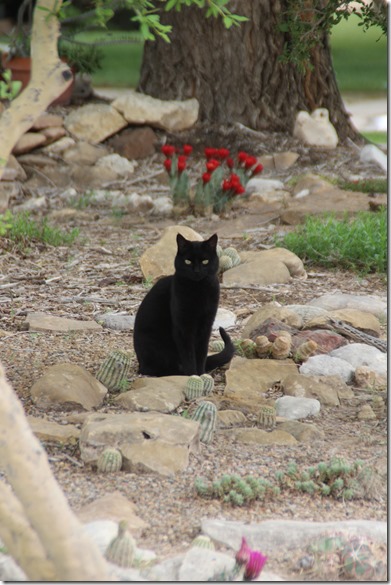 You were one of a kind, Peaches. You will be missed.