The Bonfire From Our Back Yard

Now that the homecoming bonfire has been moved to the back of the golf course driving range, which is right across the road, we never have to miss the spectacle. It comes right to us.

For about the past two weeks, dump trucks, trailers, and flatbeds have been rumbling by the house full of trash wood for the fire. Kids used to be in charge of building the bonfire, and I guess some of them still contribute, but the city seems to do most of it now. Not a bad thing, I guess. Kids won’t get hurt or miss school doing it, like I remember doing one year during my high school career, and it gives the city somewhere to go with piles of tree branches and debris they have to collect around town. This does deprive the kids of an opportunity to organize and work together to accomplish a task and make some memories, but that’s another story.

By early afternoon Thursday this tidy and good-sized pile of wood stood ready for its demise, waiting, as it were, to go out in a blaze of glory. 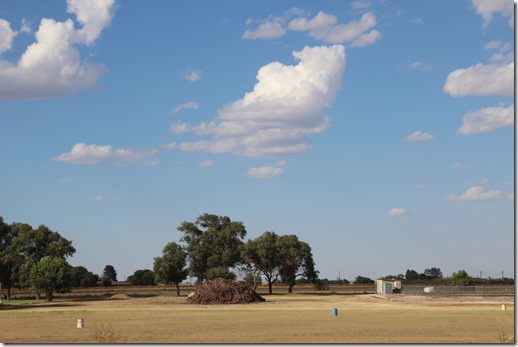 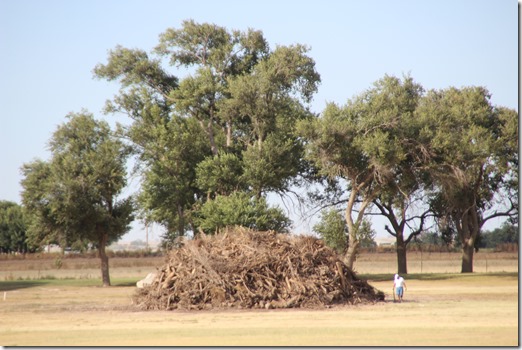 Sunset was scheduled for 7:54. By seven o’clock two of the older fire trucks took their places to be ready, just in case. 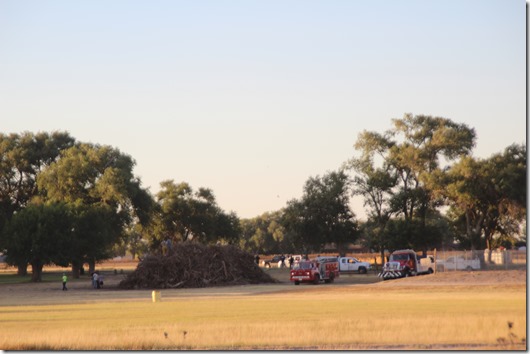 By 7:15 the kids began to gather. Parents weren’t far behind. 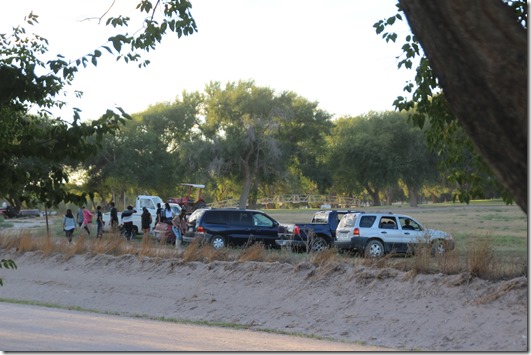 Cars continued to collect as the sun went down.  I was walking between watching the bonfire site and watching for the new fire trucks carrying the football team and cheerleaders to round the corner in front of the house, when all of a sudden I was rocked by Boom! Boom! and turned around the see that the bonfire was ablaze. 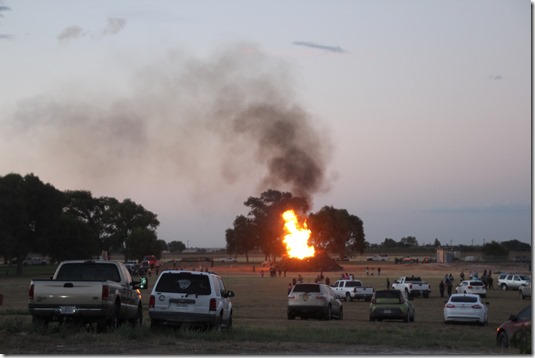 Sirens wailing told me that the fire trucks were on their way, so I rushed back to the front of the house and there they were, lights flashing and sirens still going. 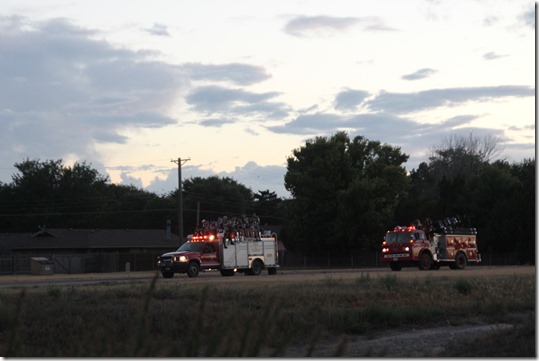 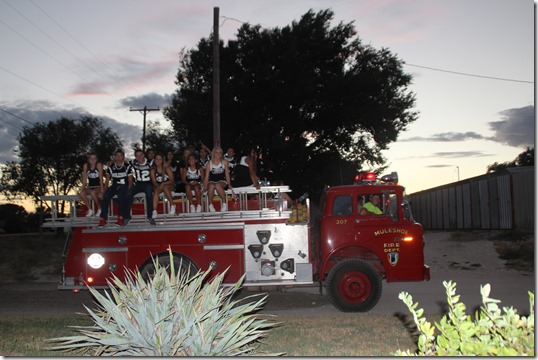 I continued to watch from the yard as the fire burned and the band played and the kids enjoyed the fire. 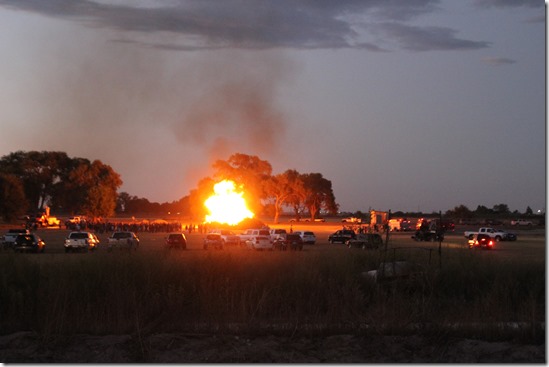 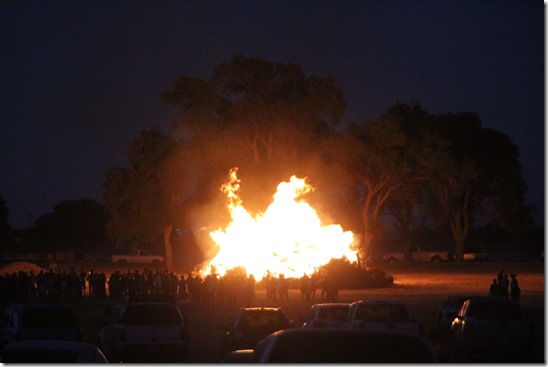 i knew fireworks were to come, but I thought I’d better check on the dogs, who are not fans of fireworks or fires. Poopie Cat wasn’t too concerned as she could see the flames from her perch in front of the window. 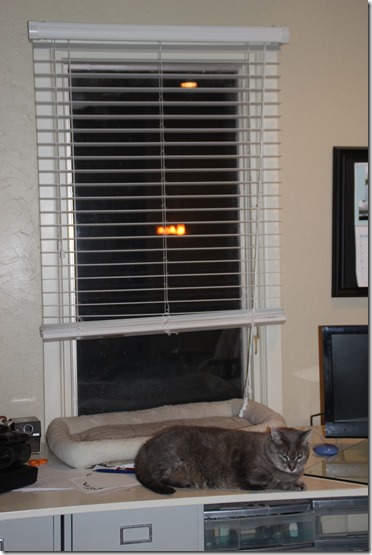 Mari and Porche had already fled to the same room after the giant booms that started the fire and were feeling a little better now that things had quieted down. 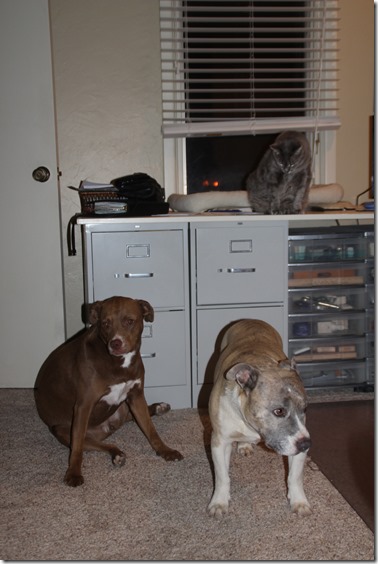 But then the fireworks started, and I headed back outside for that. 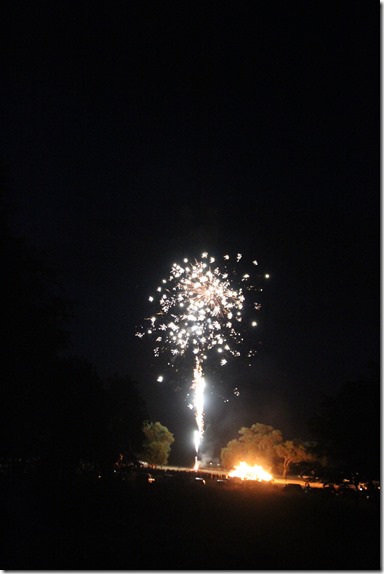 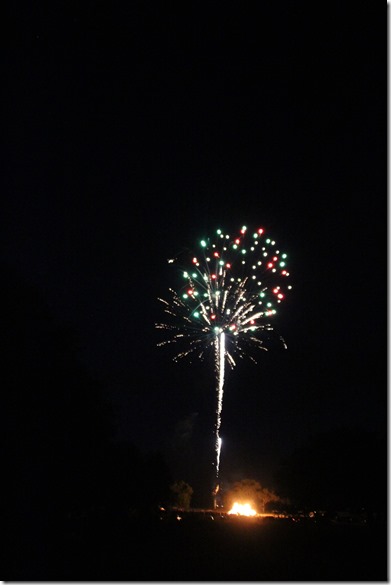 After the final bursts of color and light, the night was briefly quiet and then people gradually began to leave. I went back in the house to see how things were going and found Mari taking refuge in my shower. I assured her the noise was over, we were safe again, and after silence confirmed I wasn’t lying, she ventured out. 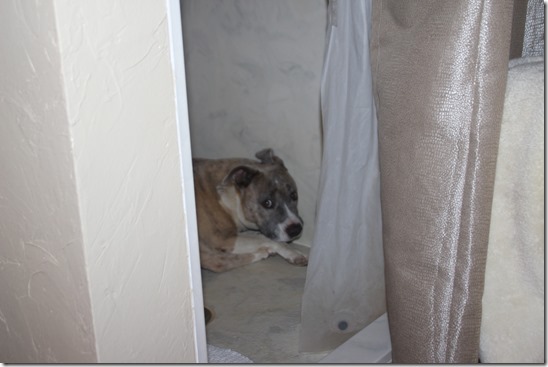 I walked back out later for one more look. The bonfire had been deserted, but there it was, bravely burning on into the darkness as a representation of the Mules’ burning desire to win the ball game the next night. 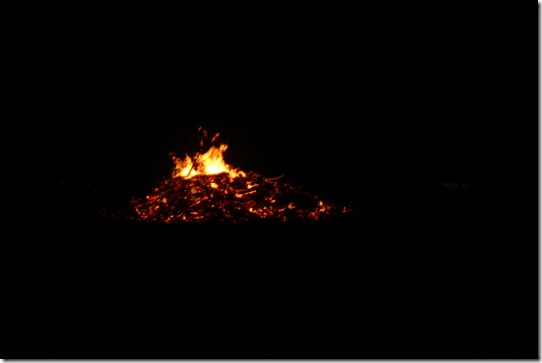 I went out this morning to check on it. The heap of wood burned all night and is smoldering still. I took another picture. But I’ll not show you that one; instead, I leave you with this shot. Let its memory burn on, brilliant and defiant.