Redesigning Wasted Space in the Garden

A spot in the cactus garden was going to waste. Years of falling leaves, dust settling from the road, and time in general had made what used to be a raised bed lined with rocks pretty sad and in need of an update. I wanted a place to put pots of succulents, so rather than breaking out a new spot and adding yet more area to an already large garden, I resolved to rebuild this space. 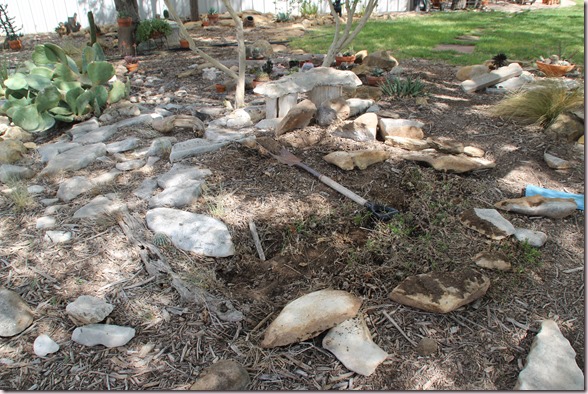 As usual, I got in too big a hurry and forgot to take a before picture before I had started removing rocks. But, really, it looked about the same, just mulch covering rocks, no design or plants. And as I moved the original ring of rocks, it was amazing how many I rediscovered under the years of debris! I wound up with more rocks than I needed for the update. But, really, you can never have too many rocks to work with. 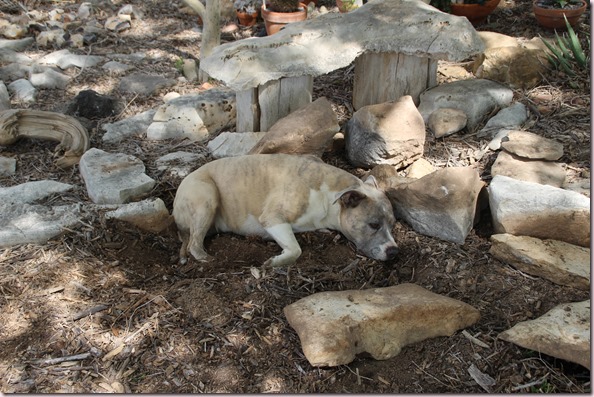 It didn’t take long before Mari dug herself a bed where I had moved the first batch of rocks. Naturally, she assumed I was moving those hard rocks for her benefit. 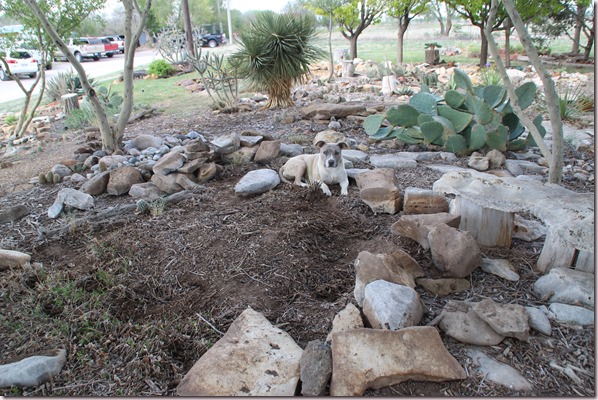 So for a while I let her stay comfortable as I made my way around the area and unearthed all the hidden rocks. 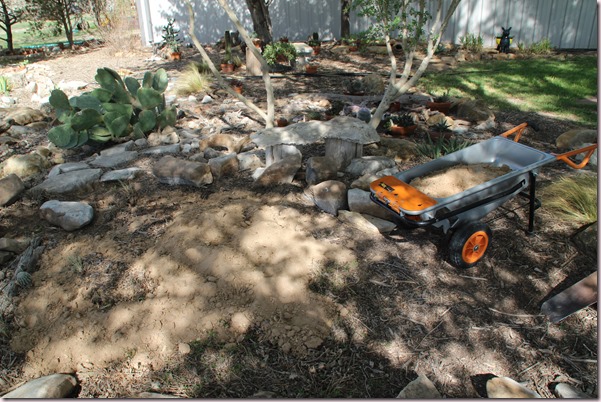 Then it was time to start moving in dirt, sand mostly, from a big pile Bill had out in the pasture. I think it took five, maybe six loads to fill in and raise the bed as much as I wanted to. 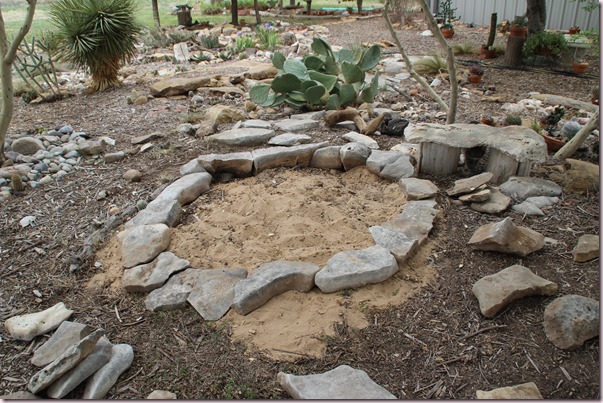 After a whole afternoon and part of the next day of arranging and rearranging the rocks, I was satisfied with how I had them fitting one against the other. That’s why I like to have more rocks than I will actually use. Inventory helps when looking for just the right size and shape to fit them all together. Notice all the extras laying around that didn’t get used. Well, didn’t get used here. I can always use them somewhere else that needs updating. 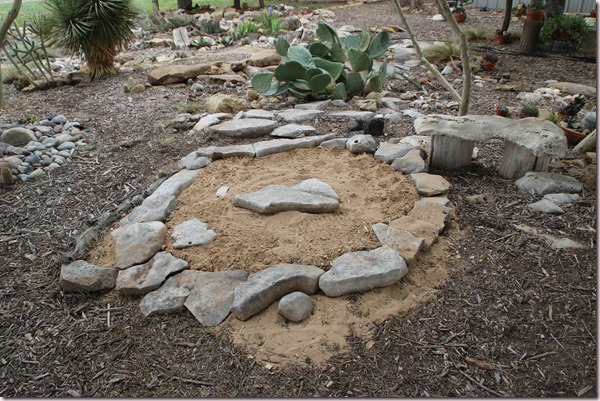 This is what it looked like after I was satisfied with the design and had the dirt like I wanted it. 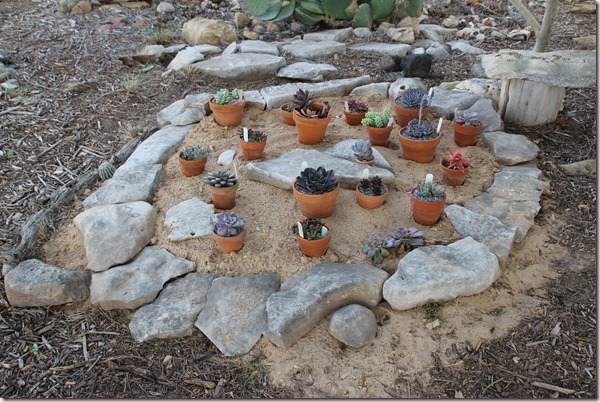 I moved in all the pots. 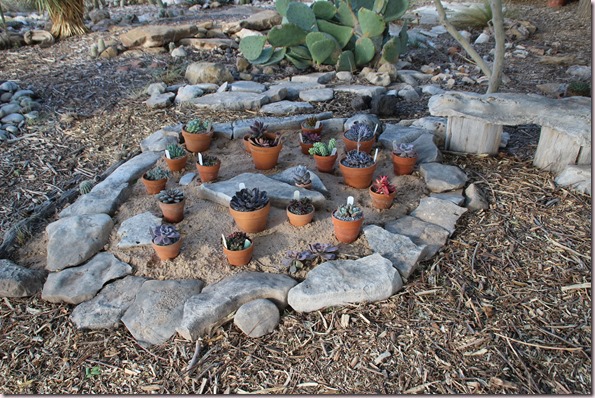 The final touch was dressing the outside area with new mulch. It looks much better than the sad, forgotten little space it was when I started. The succulents seem happy. This was a much better solution than building a whole new bed, and it updated the whole cactus garden. Now it is just a waiting game to watch them grow and fill their pots.

I fear it will be like the watched pot that never boils. I check them every day, impatient that they don’t seem any bigger than yesterday! But by the end of the summer, they will have filled out and be beautiful and full, plus  I will have some rosettes to trim off and root, making new plants.