Moving Up to a Larger Container 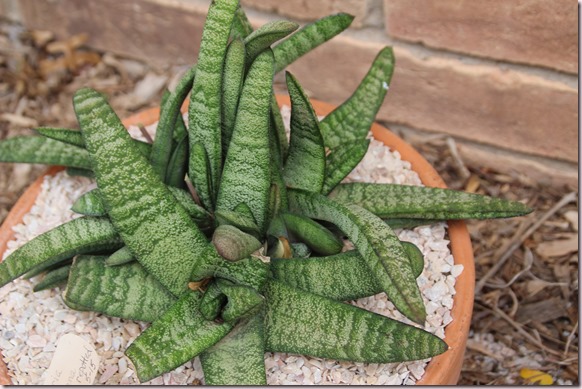 Beware the perils of waiting too long to repot when your plant outgrows its container. For the last year or so, I would look at this gasteria Batesiana and think, I really need to repot that, and then do something else instead. This year I decided the time had come. Turns out the time had almost past-I like to have never gotten that plant out of the pot! When I finally did manage to get the plant to let go of the pot, all the dirt was gone, and I held in my hand a ball of roots. Alas, once again, I didn’t think fast enough to take a picture of it before replanting it, so you will just have to take my word for it. The roots had even made marks on the side of the little pot, they were so crowded for space. 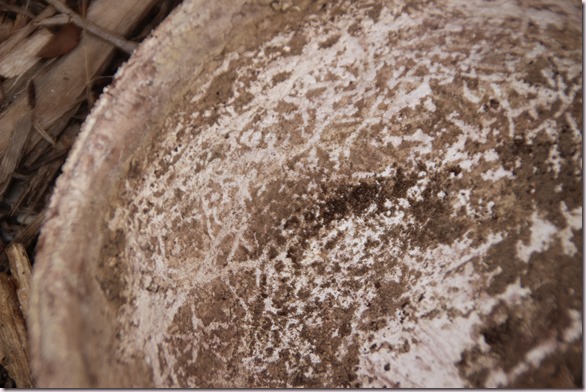 I don’t have a before picture, but you can see how small the original pot was compared to the size of the gasteria I took out of it. 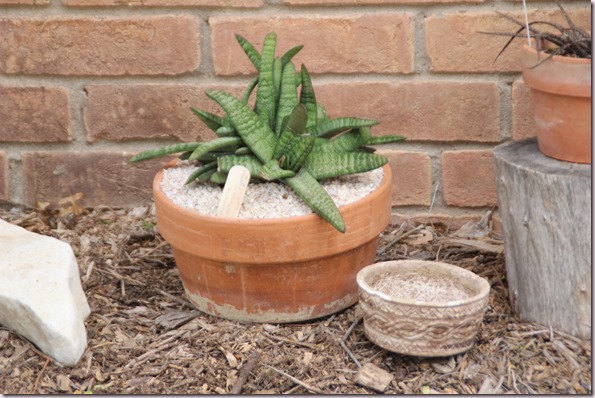 So if you have a plant that overwhelms the pot it is in, take pity on the poor thing and take the time to give it a new home. The ID tag on this one said 2005! It was way overdue a new place to live. 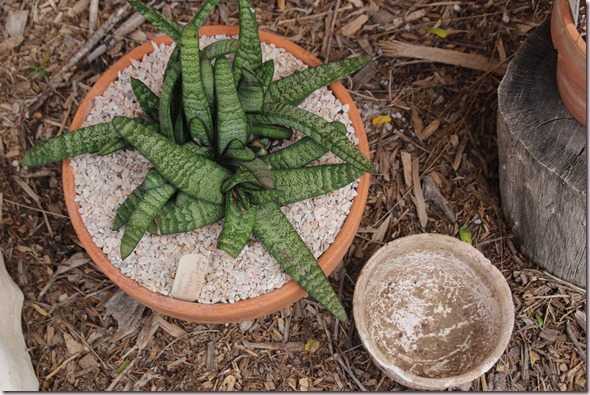