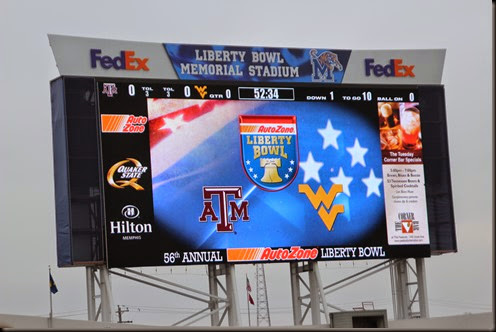 The Aggies made it to the Liberty Bowl, and we decided we needed to go. So two days after Christmas we set out for Memphis. 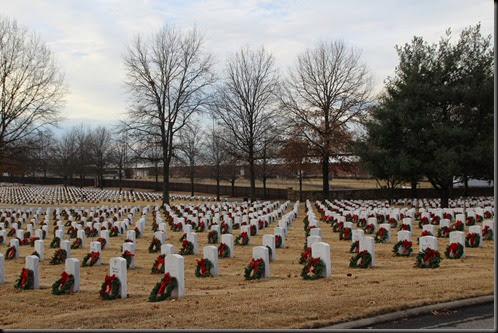 We spent the night in Ft. Smith, Arkansas, where Bill spent his teenage years and where his dad and his wife Lucille are buried in the Ft. Smith National Cemetery, which we visited the next morning. These cemeteries put a lump in one’s throat on any day, but at Christmas it breaks your heart. 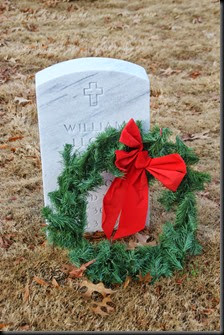 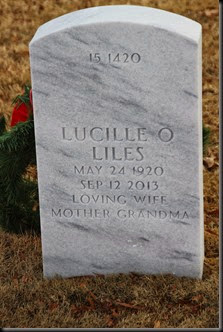 The wives of veterans can be buried on the other side of their headstone, which is inscribed with the wife’s  name and information. Then it was on to Memphis. I wanted a neat picture of the Mississippi river and the skyline upon arrival; what i got was a good close-up of the bridge railing. 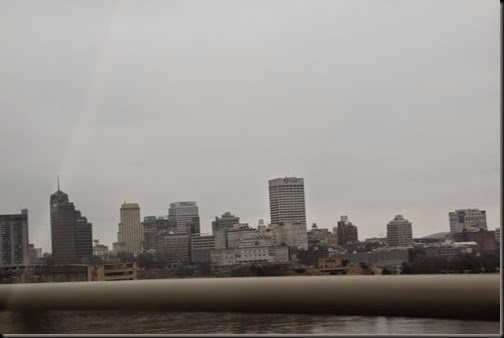 Then it was into the city. I wanted a neat picture of the Mississippi river and the skyline upon arrival; what I got was a good close-up of the bridge railing.
But that railing connects to a really cool bridge as you come to the middle of the river, so I did get this shot of the river and bridge from our hotel. 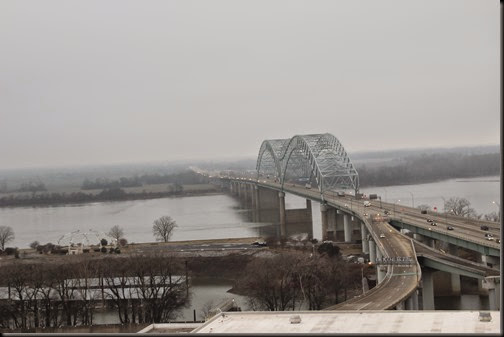 But look how pretty it is at night all encrusted with lights. 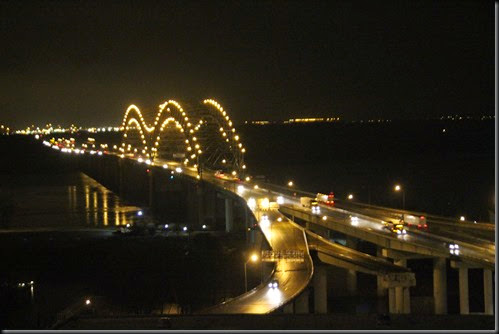 And this is the skyline up close and personal from our hotel room window. 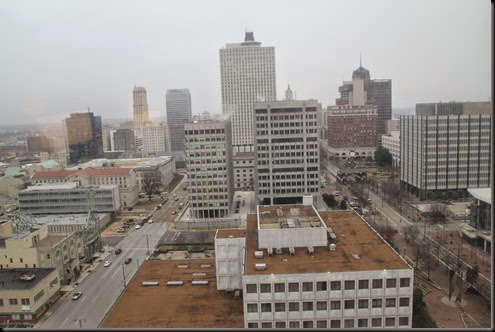 Notice the gray, dreary sky. We had that weather to look forward to for the game, too. In fact, the whole time we were there the temperature stayed 37 degrees and below. But we had arrived in time to make the Liberty Bowl parade downtown on storied Beale Street. We jumped off the city bus where the parade would end, which allowed us to see everything up close and personal. 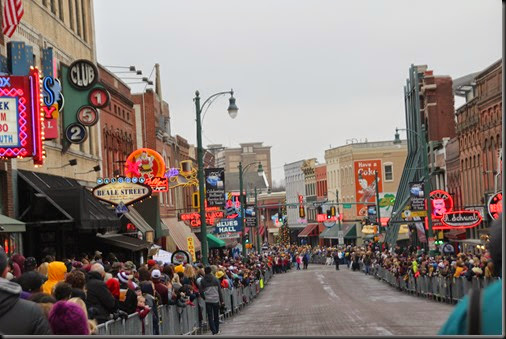 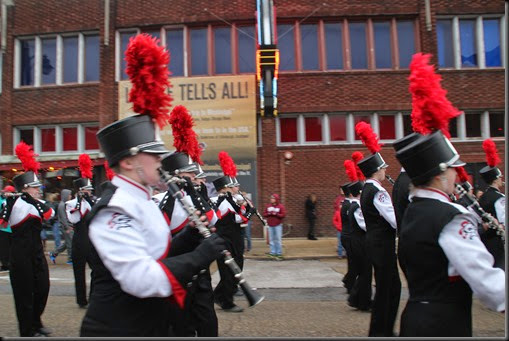 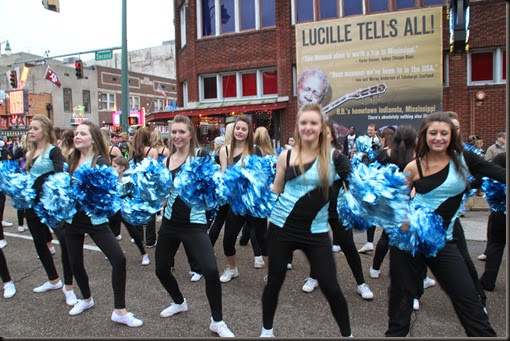 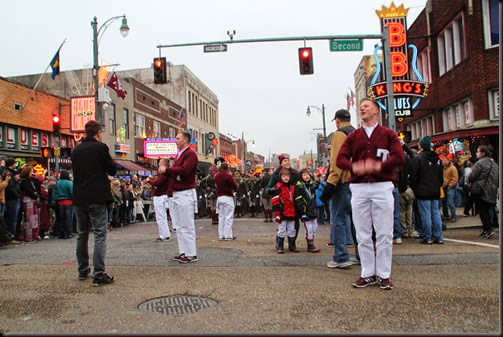 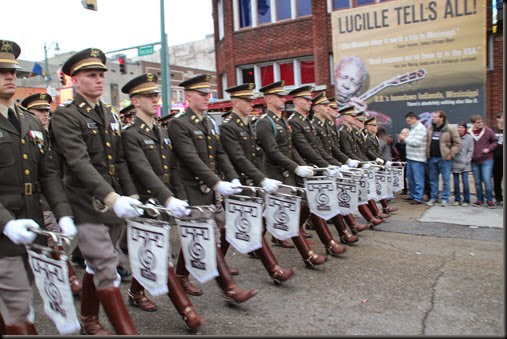 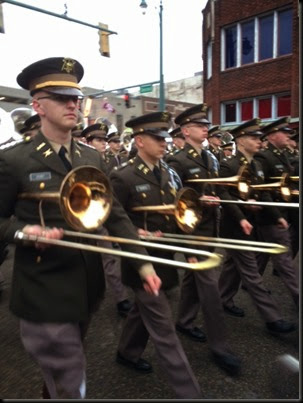 We of course had to have our picture taken after the parade. 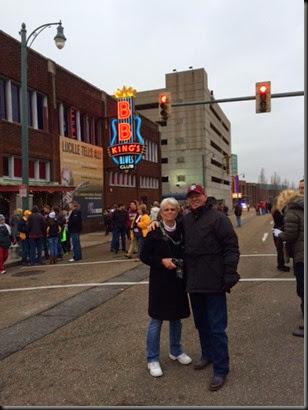 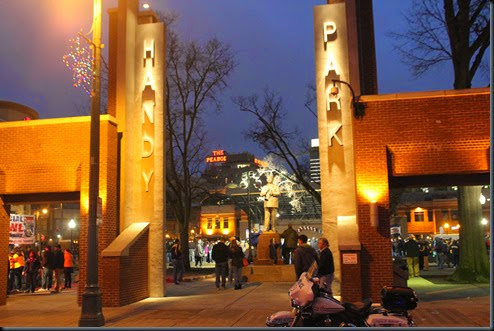 We ate somewhere on Beale Street and made our way to W.C. Handy Park for something of a combined pep rally. Both bands were there, and I guess West Virginia’s cheerleaders were there; it was hard to tell. We walked down to the Peabody Hotel in hopes of seeing the ducks do their thing, but they were already tucked in for the night. This building on the roof is called the Duck Palace, and it is from there they ride the elevator down to the lobby every morning and then back up in the evening. 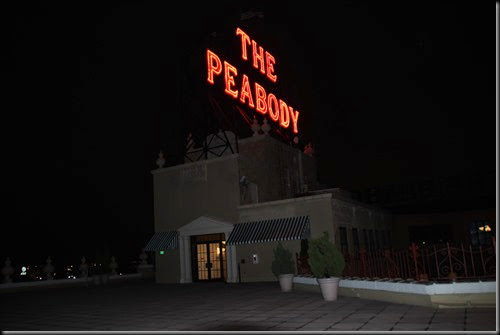 Back on Beale Street, we did a little shopping where we met a celebrity quite by accident. While I was looking at t-shirts, Bill was deep in conversation with a  man who turned out to be Mike Logan who had played college ball at West Virginia and then for the Pittsburgh Steelers and was there to support his alma mater in the bowl game. But it was funny because Bill had noticed the giant ring on his finger and made a comment something to the effect of “Wow! That’s a big ring. What bowl game is that from,” to which Mr. Logan deadpanned cheerfully, “The Super Bowl.” So of course I had no choice but to take a picture of him and his ring after he had been so pleasant to talk to. 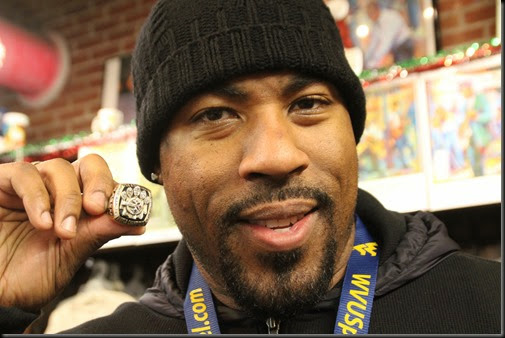 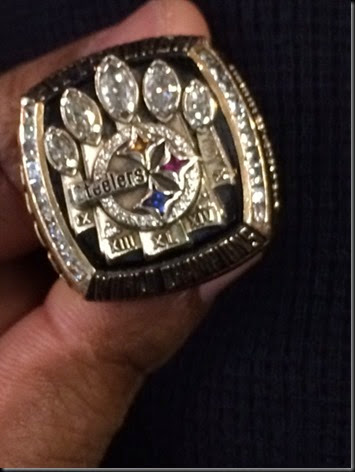 The next morning it was still dreary and cold as we rode the shuttle to the stadium, arriving at around 10 am. Plenty early. Not going to miss this kick-off. We wandered around, bought a Liberty Bowl scarf, discovered the really nice warm rest rooms, tailgated at the Aggie Outfitters trailer they brought all the way from College Station, watched a dress rehearsal of the half-time show, and pretty much froze our butts off waiting for kick-off. Reveille was there, of course, but this was the only chance I had to get a picture of her. She and the band stayed at our hotel and we saw her leaving for the game, but I wasn’t quick enough to get a shot off. 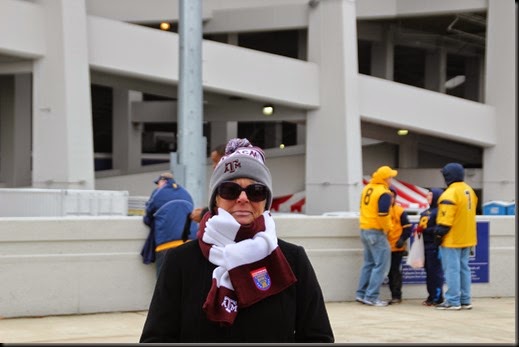 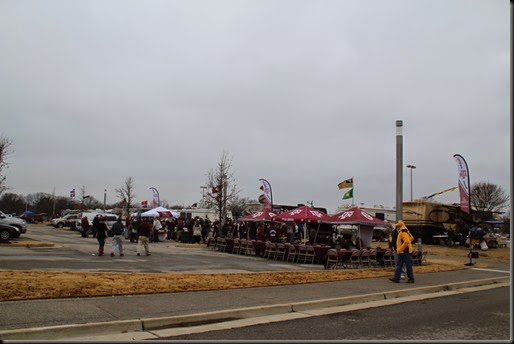 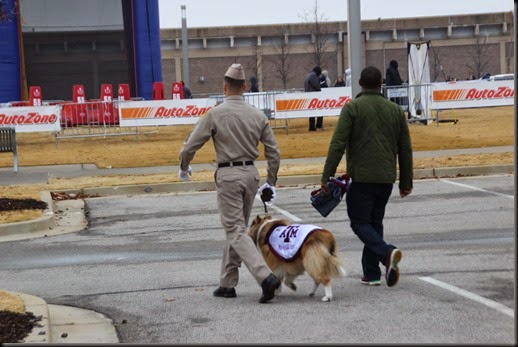 The National Anthem was sung by this young lady, who had been successfully treated at St. Jude’s, which is located in Memphis. She did a lovely job, a cappella, and I wish I had caught her name to share with you, but I didn’t, and I am sorry. Her performance was a fitting opening to the game. I took this picture of her on the giant video screen to show her pretty smiling face up close. 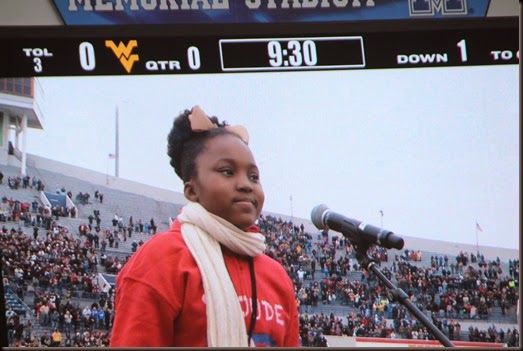 We sat by two Aggies from Conroe whose daughter was in the Aggie band, and we enjoyed sharing the game with them. We were barely ahead one point at halftime, but the Aggie band definitely won Halftime. But then, we always do… 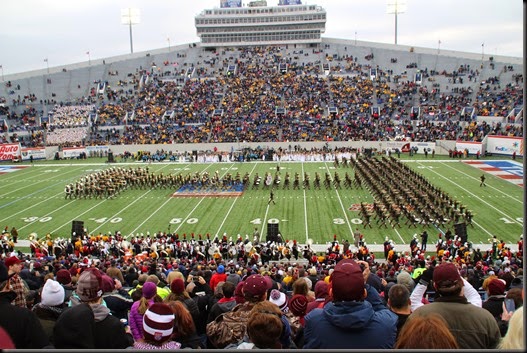 The West Virginia band performed before the game, and the Aggie band performed at the first of the halftime show, after which they had one of those over-produced extravaganzas where they fill the field with high school bands and drill teams and a name performer, in this case Big and Rich, which was fine. But we still won the halftime… As the game went on and the Aggies did a better job of executing plays and overcoming some truly bad calls, as well as stopping what Coach Sumlin has been known to call their own “dumbass penalties,” things were looking good. When we would finally cover the required ten yards and the chains moved, the announcer would start, and we would all gleefully and loudly chime in to the crescendo of “-and it’s a Fightin’ TEXAS AGGIE FIRST DOWN!!”  The poor Mountaineers had to settle for “It’s a West Virginia first down.” 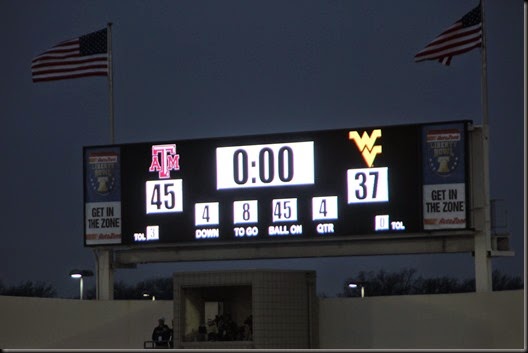 And after all the first downs were made, all the flags thrown, the Aggies were victorious. 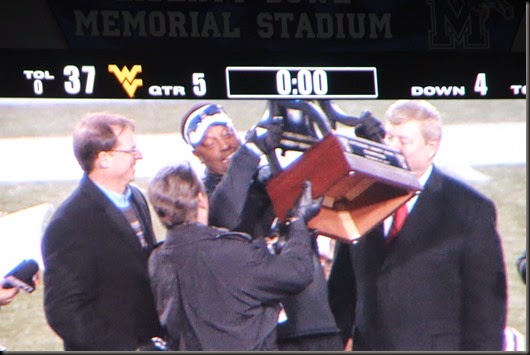 Coach Sumlin accepted the trophy, and we hotfooted it to the shuttle bus which we were firmly told would leave 30 minutes after the game was over. but not before I was able to take this picture of the stadium, which took on a colorful aura after dark. 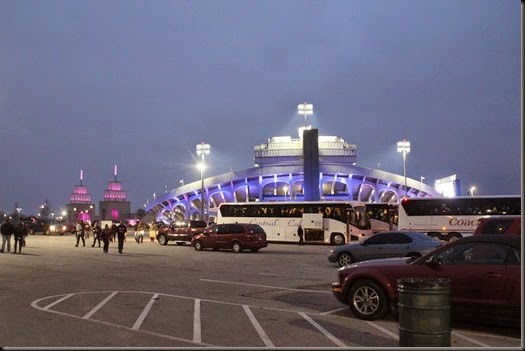 Back on Beale Street we warmed up and ate at BB King’s place and listened to some blues provided by guest artist Blind Mississippi Morris before turning in after a long, cold but happy day. 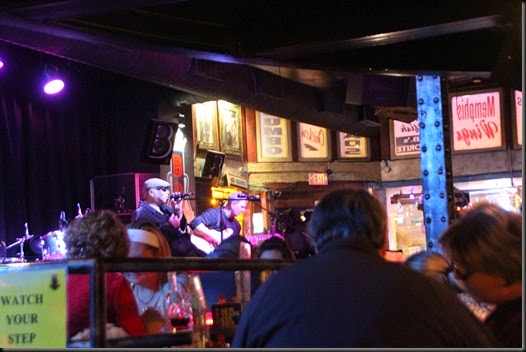 Up way before the crack of dawn, we left Memphis at 6:45 a.m. and were back in Texas at 5:30 p.m. It wasn’t bad enough we sat through a ball game at 37 degrees; by the time we drove through Amarillo, it was 16 degrees and blowing snow. 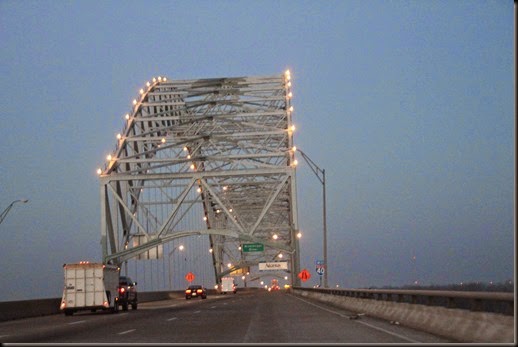 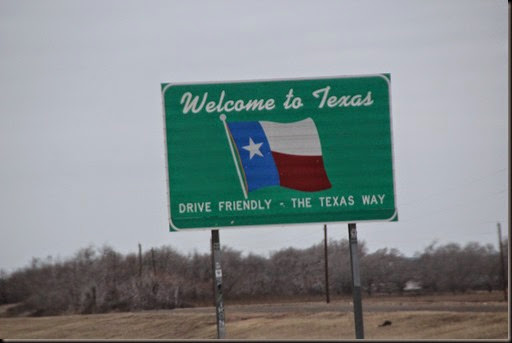