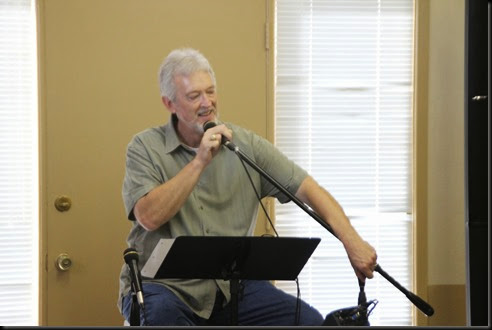 The turnout was light at the recent Muleshoe Heritage Foundation Annual meeting, which is a shame, because those who bothered to come were treated to a mini-concert by Curtis Shelburne. Refreshments were plentiful and delicious; the music was a pleasure. Curtis shared several songs from several of his CDs and shared stories of the recording process, things he learned along the way and things the audience had not a clue were part of the business. For example, the number of tracks needed to get just the right sound; the technical aspects of pulling it all together; the talented people he worked with along the way. 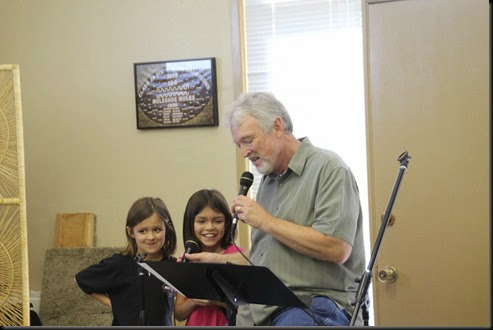 He shared with a variety of musical genres. My personal favorites were the Elvis arrangement of Peace in the Valley, and Long Black Train, with the help of granddaughter Brenley who is in Kindergarten and daughter of my former student Chris Shelburne, granddaughter Rylee, step-daughter of Stephan Shelburne, another former student! Another favorite that I had not heard in, oh, gee, forever, was the Nat King Cole classic, Unforgettable. 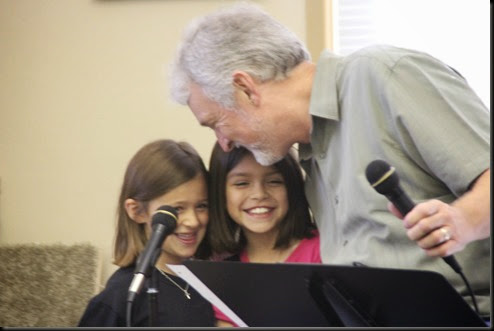 We had to laugh when his wife Juana interjected that we would have to tell him to quit because he enjoys singing so much he will go on forever! So he ended with an appropriate sign-off,  I’ll Be Seeing You. On the way out, I checked out the new landscaping at the office. It dresses the building up quite nicely. 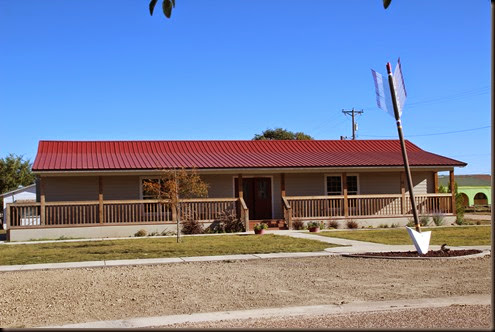 Lots of history is on display at the Heritage Center. I suspect it is like most landmarks and tourist attractions in other cities. Residents in New York seldom bother to take in the Empire State Building, for example. Don’t do that. You will be pleasantly surprise at the things you learn and the memories that are revisited if you bother to go. It is a nice outing when you think there is nothing to do in Muleshoe. Of course, you won’t be serenaded by Curtis, but you will learn some things you never even thought about. Not a bad deal, I must say.