The good news is that we finally had some measurable rain: the trees burst forth with new growth; the pasture greened up again; the temperature went down to tolerable numbers; burn bans were taken down; everyone breathed a sigh of relief and enjoyed the lushness brought on by the moisture-moisture being the key word up here. Old-timers don’t talk about the rainfall; they refer to all the moisture we had. 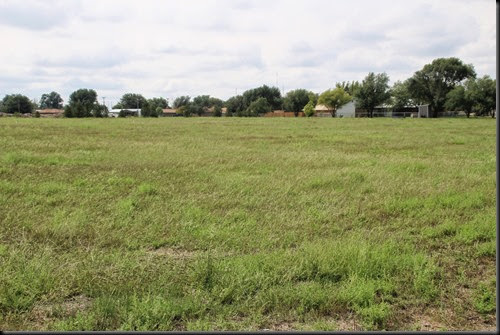 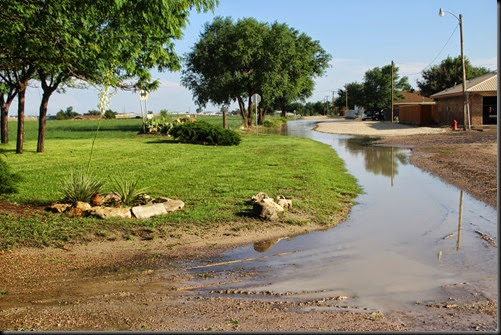 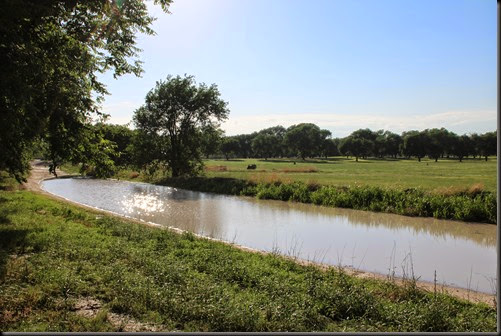 Now, if you live in Houston this may not look like much water to you, but up here when it does this, we think it is the beginning of the 40 days and 40 nights Noah prepared for. And of course, because it doesn’t rain much, drainage plans are never considered very important-until after it rains. The bad news-and you know there always seems to be a down side to good things-the bad news is that the weeds love all that moisture, too. I suspect that the prevailing stereotype of West Texas geography is of a flat, sandy, barren, brown stretch of land that grows mostly prickly pear, yucca, and the ubiquitous tumbleweed (aka Russian thistle). And that’s partly true. But give us a decent rainy season and the tumbleweeds flourish along with all their weedy friends. Shoot, we can grow weeds that rival the Johnson grass that fills the ditches along the Gulf Coast. All they need is a little water. 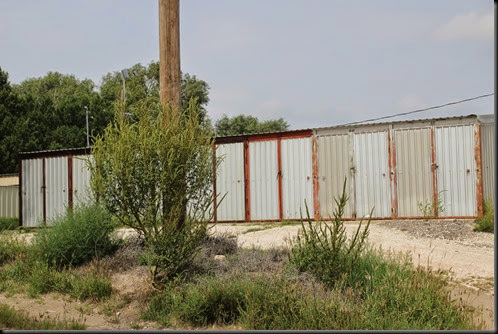 This last batch of rain is the second good set of showers we have had this year, and I was just feeling pretty good about how clean I had the flower and cactus beds and how the walk path was free of spurge and had few, if any, kocia (sounds like kosher) weeds along the border of the path, and then Boom! Here we go again. 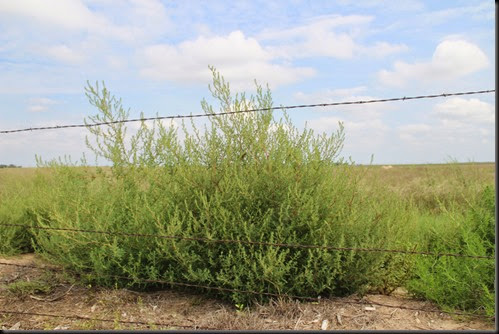 I’m not sure I know a kocia from a careless weed, but I do know they are both flourishing right now and are a pain. I think this one is a kocia and  is growing on the other side of the fence by the walk path. I pushed it over in the picture below to show its trunk. I mean, these things are like trees! That stem is fatter than a linebacker’s middle finger. We have had them get five feet tall. It takes tree branch loppers to cut these things down when they get this big, and unfortunately, they got ahead of me and my spring schedule, so I will have to take the loppers to them again. 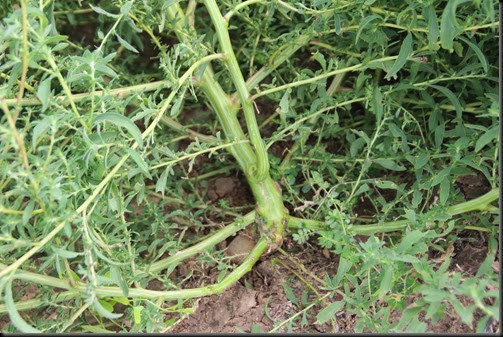 The aggravating thing is they can be mowed or shredded, but that doesn’t kill them; it just cuts them down to ground level and then the lowest branches  just spread out and start over at the base of the plant.

The Bermuda grass behaves like a weed when it gets too much rain. I don’t know if I will get all the grass out of this yucca or will just have to keep pulling up the long runners. 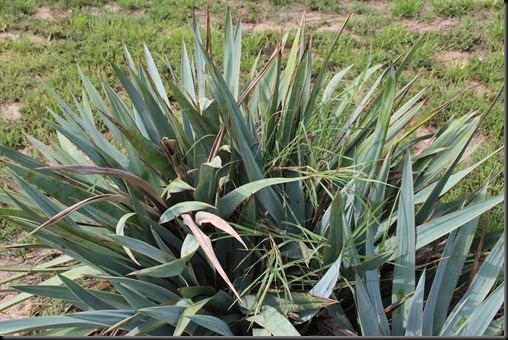 Mushrooms popped up here and there, and these nasty little black ones come up all over the walk path. i say nasty because if you step on them, then yiou leave a black mess wherever you walk. 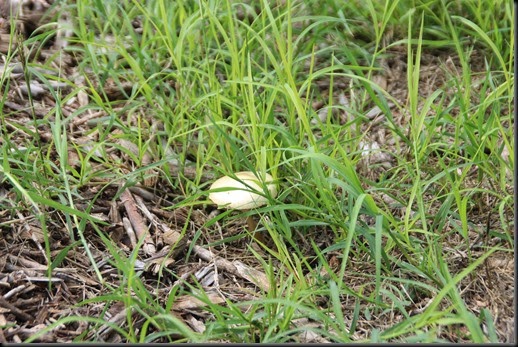 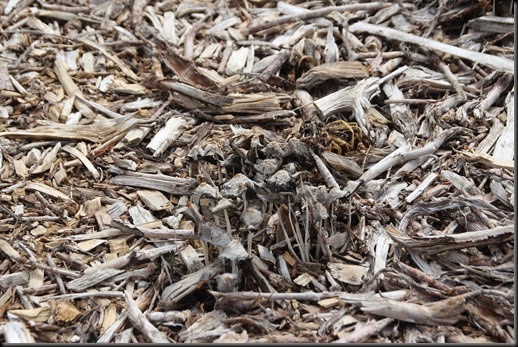 The spurge and milkweed magically appeared in the walk path, so it is spray time again there. I didn’t take any pictures of them this time, but the bindweed (an infuriating little vine in the morning glory family) and tumbleweeds are going to love all this rain, and by the time I can get it all pulled up at one end of the cactus bed, both weeds will already be coming back at the other end. 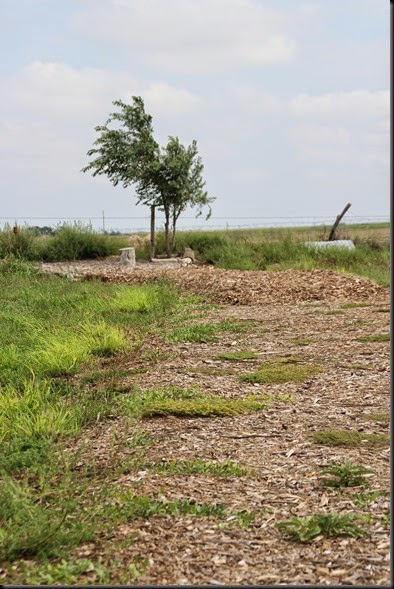 But we really can’t fuss too much about rain up here. We take the good with the bad, the flowers with the weeds, and consider ourselves blessed when the clouds finally drench us again. 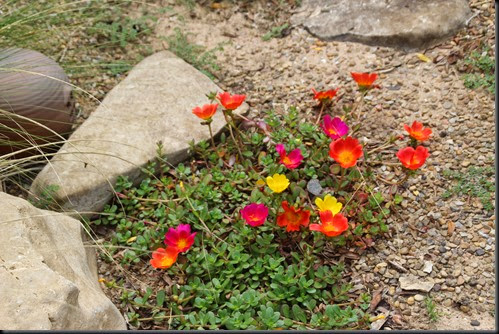