The Bee Keeper Moves The Swarm 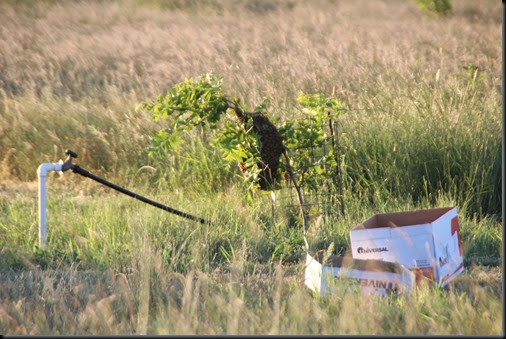 When Bill went out to check the pecan trees the other day, he discovered a large black mass on one of them; the bees from an existing hive had decided to move out and amassed themselves on this one little tree. Why they moved is still a mystery. But they did, and he was ready for them with a newly purchased bee hive box, protective suit, smoker, bee brush, and a plain old paper box with holes punched in it, everything he learned he would need when he attended a bee seminar sponsored by the Texas A&M Extension Service in San Antonio and taught by Molly Keck, a beekeeper deluxe, who, in Bill’s opinion, would be quite an asset in a high school science classroom somewhere, turning kids on to science and biology. He was anxious to keep these bees happy and make it easy for them to set up housekeeping in a second location. After all, bees are an important component in a healthy pecan orchard, so he had everything all assembled and ready, went out the next morning to try out all his newly acquired knowledge-and they were gone! 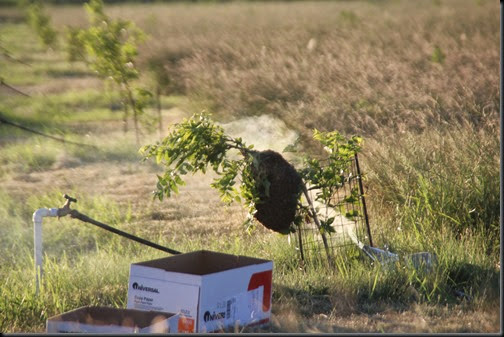 His new knowledge didn’t explain why they left-they are many reasons they could have left, but they didn’t tell us the reason for this move- but a day or two later, they were back! And, yes, that black wad of stuff is bees, probably a couple of thousand all huddled together. So bright and early then, the next morning, the transfer began. Bill put on his protective gear, gathered up the equipment, and set off for the poor little tree, all bent over with the weight of this mass of bees. Some beekeepers don’t bother with the garb, but considering that Bill’s dad had been susceptible to anaphylactic shock from bee stings, it wasn’t worth taking a chance. My job was to be on site, transportation- ready, cell phone in hand for a call to 911 if in fact something went wrong and he was attacked by the bees. And in the other hand was my camera so I could document the new adventure. The only problem with that was that I was on the other side of the fence by the rescue vehicle and couldn’t get up close and personal with my camera for the shots I really wanted. But I did get some good ones that tell the story. 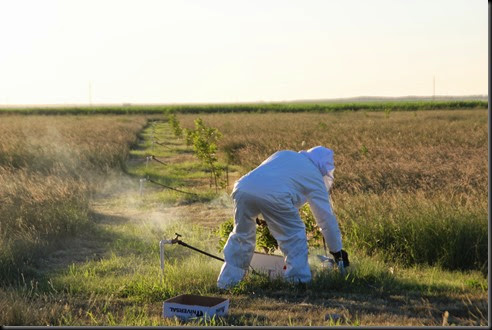 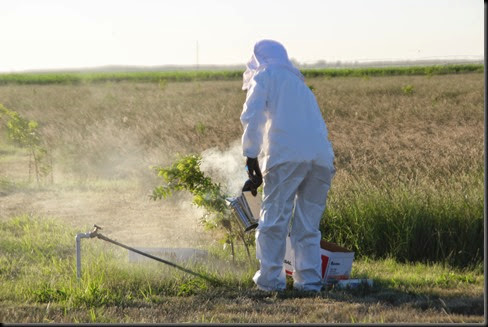 The first thing to do is use smoke to calm and lull the bees into an attitude agreeable to being moved. So of course, right off the bat the butane lighter won’t work and the tinder gathered to make the smoke won’t stay lit, which finds the butane lighter thrown into the street in a fit of frustration and me racing back to the house for a better one and some lighter fluid. The second attempt is successful, the smoke does its work, and Bill shakes the bees off the tree into the box, which allows him to move them to the new hive which is set up nearby. 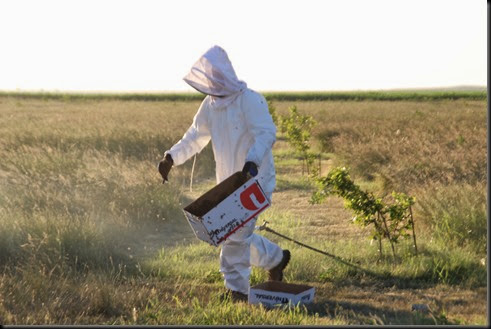 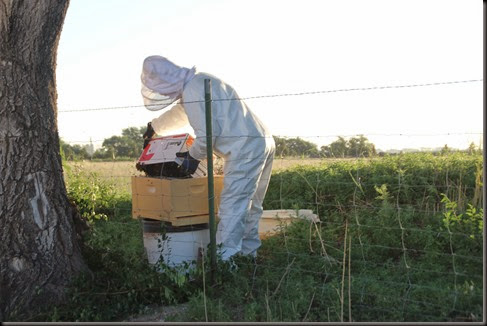 To get the bees out of the box, he turns it over and they fall  out into the hive, but a few remain in and on the box. A soft bee brush is used to literally brush them off and into the new hive. He brushed them off, and they buzzed around but stayed close to the new hive. 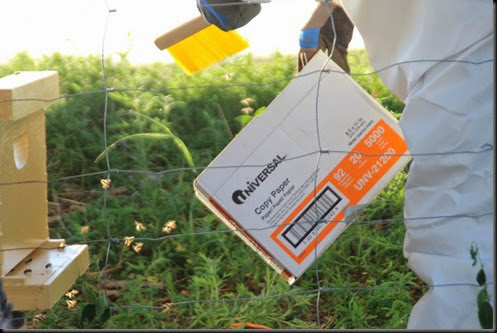 That works reasonably well, but a few bees are still on the tree, so another trip is made to get the rest of them. 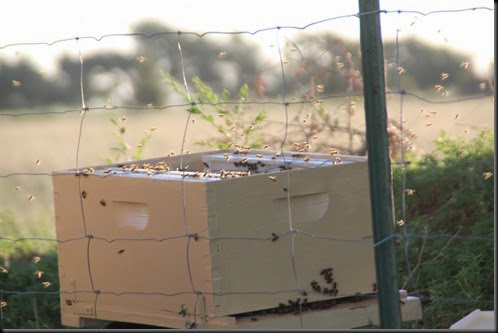 When Bill set up the new hive, he inserted some flat screen panels made of wood and plastic which provide the bees with a surface to make their honey and comb. After they were in the hive, he put more of the screens in for them to make their home complete 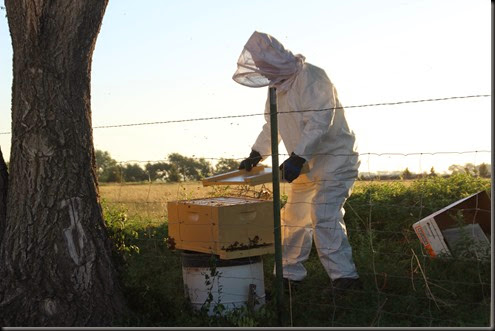 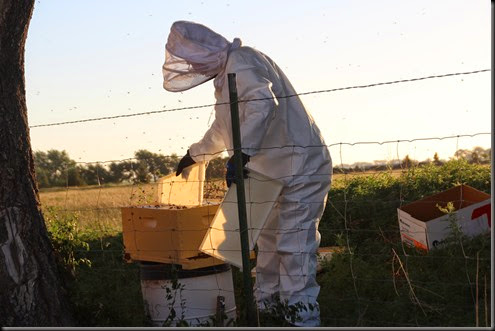 That was all on June 11; today is July 27, and as far as we can tell, they are content in their new home and seem to be doing fine. Some apparently chose to remain in the original hive down between the casing and the dirt of the water well, so I think it is safe to say he has two working bee hives for the orchard. The trees, obviously, aren’t old enough to bloom and need the pollination work of the bees just yet, but in the meantime, the bees seem to like my cactus blooms and stay busy as, well, bees, collecting pollen from my plants while waiting to pollinate the trees. 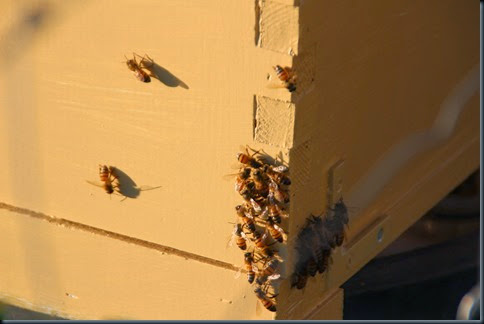 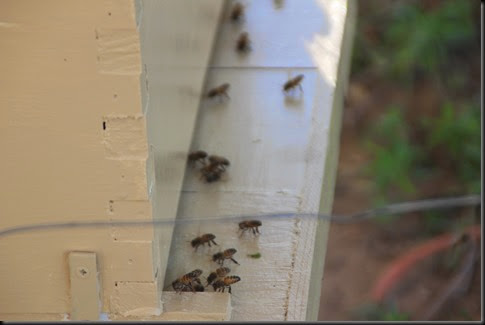 Amazing. As is all of God’s creation.