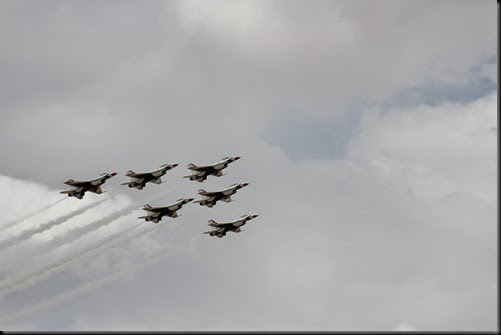 The Flying Thunderbirds gave new meaning to the phrase shock and awe at the Cannon AFB air show we attended on May 24th (“Memorial Day 2014,” May 26, 2014). If you have never had the privilege of seeing them fly, add them to your bucket list. 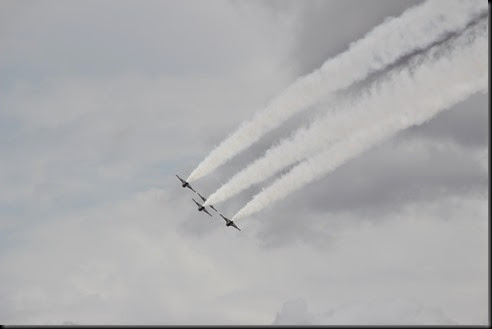 According to Wikipedia, and I know  one has to read Wikipedia with caution, the USAF Demonstration Squadron was first envisioned at Kelly Field, Texas, on June 13, 1917. According to the program from the show, the group began in 1947 when the US Army’s Signal Corps saw a need for a dominant independent air arm of the armed forces and the Thunderbirds were born in 1953 at Luke Air Force Base, Glendale, Arizona. The group is now based at Nellis AFB, Nevada. 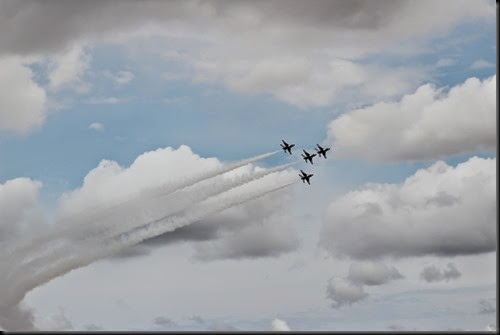 The Thunderbirds are named a USAF Air Demonstration Squadron, which means it does not have a numerical designation, and quite frankly, I am not sure what that implies in civilian language, but I do know that they are part of a USAF combat force that can be integrated into an operational fighter unit should the need arise. The aircraft currently used is an F-16C Fighting Falcon jet, which is usually just referred to as an F-16. 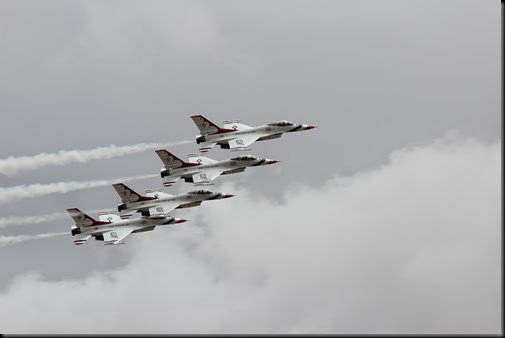 The Thunderbirds are appropriately named after the legendary bird that is important in the mythology of many Native American cultures, especially the Pacific Northwest Coast tribes and some from the Southwest and Plains groups, such as the Lakotas, Ojibwas, Algonquins, and Kwakwakas. The bird represents the natural forces forces of thunder, lightning, and storms. and protects humans by fighting evil spirits. 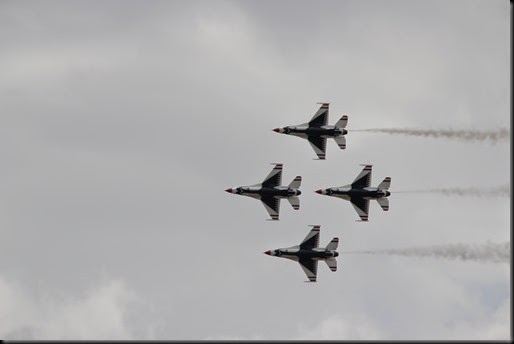 The thunderbird represents power and strength and its name comes from the belief that the beating of its enormous wings causes the thunder and stirs the wind. Experiencing the sound of the jets as they flew overhead, zoomed past the enthralled spectators, and in one maneuver, surprised us from behind, the jets  lived up to their namesake. And I will have to admit that it was not until I came home and looked at my pictures on the computer that I realized that, appropriately, the figure of a thunderbird appears on the bottom of each plane. Speakers had been placed all along the air strip so an announcer could alert the crowd as to what direction the jets would be approaching and name each maneuver as Top Gun-style rock music was played, which really added to the excitement of the flying. I missed taking pictures of some of formations, like flying head-on only to miss each other at the last minute and zooming in upside down because I was so fascinated just watching them do all those amazing things with those airplanes. I didn’t want to miss a thing while trying to look through a camera. Actually seeing it was more important than filming it, and besides, pictures don’t do them justice. You have to be there. They ended the show with a female voice, alas, I did not know the artist, singing a heartfelt rendition of “God Bless America,” which put a lump in my throat and tears in my eyes as the jets flew by one last time. 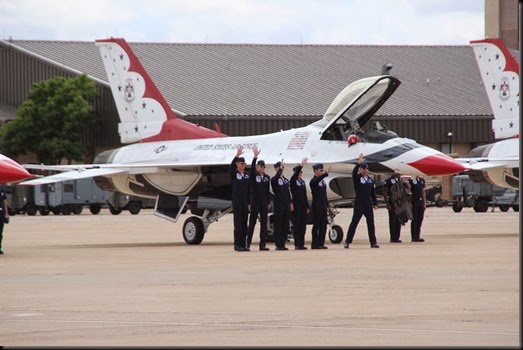 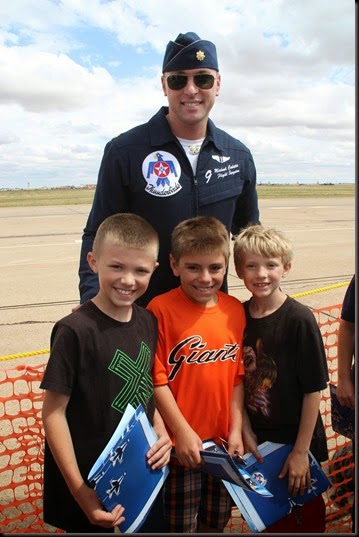 Major Michael Carletti, hometown San Antonio, Texas, signed autographs for Korben Kron, friend Nickolas, and Ty Kron. After they landed, the Thunderbird pilots were swarmed be kids and adults wanting to bask in the glow and receive autographs of these men and women who flew with such precision and skill. They made us all proud and humbled to be Americans. 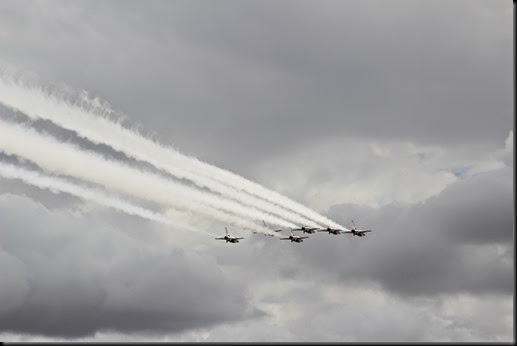 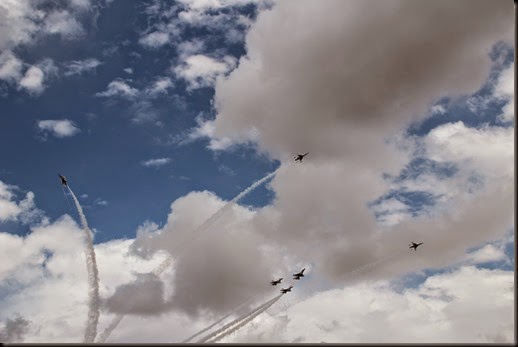