Everyone had something to be thankful for this year: Erin was thankful her parents made the drive from Sedona to share the holiday with them in Kyle; Caroline and Neil were thankful for a safe trip to and from the Texas Tech-Texas football game in Austin; we were thankful that Colten spent the weekend with us; Mari, Porche, and Peaches were thankful there was turkey left over for them. 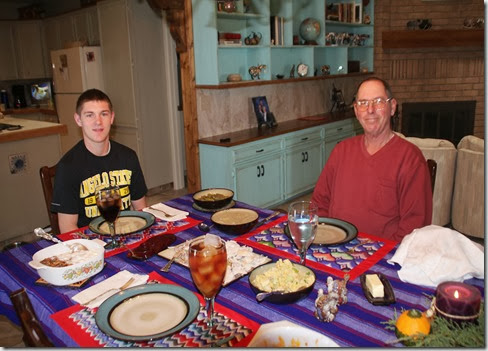 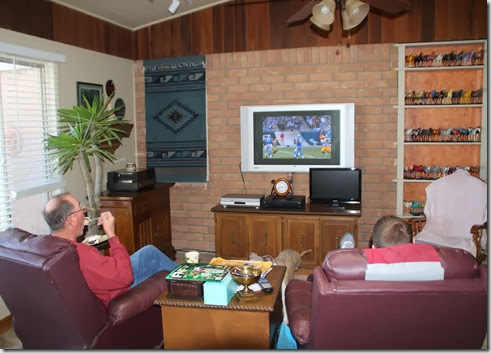 Even though I only had to cook for three, I still made all our traditional dishes, just smaller versions.The table was full and the conversation pleasant but quieter. Three people just don’t make as much noise, right? We watched football, enjoyed a fire in the fireplace, just had a good day. Friday while Colten and Chris Cage made a little extra money hanging Christmas lights, I ventured forth to Lubbock even though it was notorious Black Friday to have some photo enlargements made and framed. I went to Armadillo Camera and had the undivided attention of Larry, the man who prints the photos, for over an hour. While he printed a bunch of enlargements, I shopped a Wal-Mart that wasn’t all that crowded, a couple of other locally-owned stores, and was casually enjoying a chicken sandwich when Larry called that the pictures were ready. 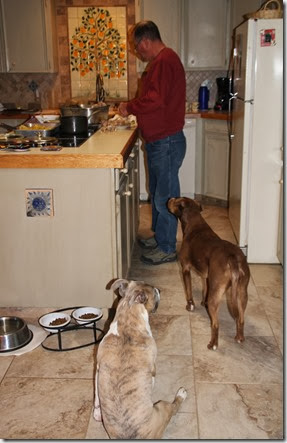 At that point it was time to face my biggest challenge, Hobby Lobby, to frame the pictures. Imagine my surprise when I walked up to the framing counter and found no line of impatient customers; in fact no customers at all. The place was busy enough, but not at the framing counter. So again I had undivided attention, this time from Lisa, for almost three hours, who helped me choose mats and frames. A few people showed up as we worked, but someone else in the department was able to help them and we just kept on till the whole order was done. And then-you won’t believe this if you frequent Hobby Lobby-I found two cashiers who actually had the luxury of just visiting because no customers were ready to check out! On Black Friday, no less! Elated with my good fortune, I made a couple of short stops, busy places but not overwhelming, and wound up at Sam’s, another bastion of the waiting in line syndrome, and found it not that busy, either. So if you stay away from the malls, patronize local small businesses, and go later in the day, Black Friday can actually be a piece of cake. 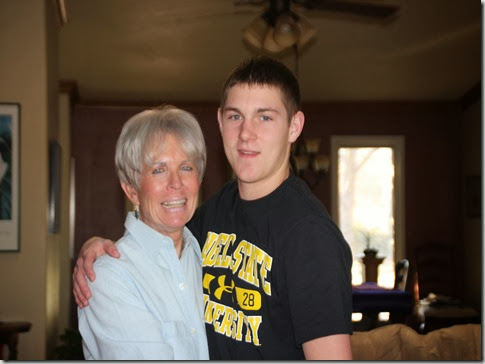 Except for my football team playing  like a bunch of high school rejects later in the weekend, overall it was a nice Thanksgiving, and I was thankful for that. And now, on to Christmas.