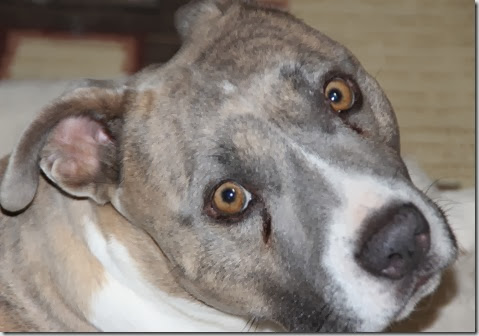 After three months of pretty much round-the-clock supervision, timed walks on the leash, a ban on jumping, playing, running, maintaining a weight loss, and  X-rays for one last look, Dr. Saunders said Mari is good to go, she now owns the TPLO surgery (“Mari Goes to Aggieland,” August 8, 2013), and chasing rabbits is now back on the to-do list. 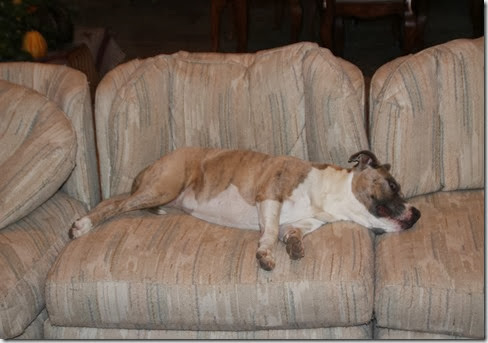 During the last week of her restrictions, we kept finding her on the sofa, which means she was jumping up there on her own, and even though she wasn’t supposed to be jumping on things, we took that as a positive sign because before the surgery, she had stopped even trying to jump up there. 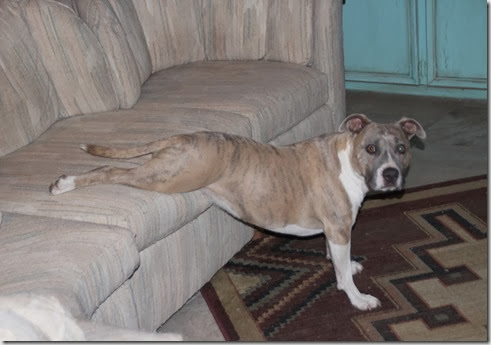 But I did catch her sliding off the sofa, so she is at least trying to take it a little easy. 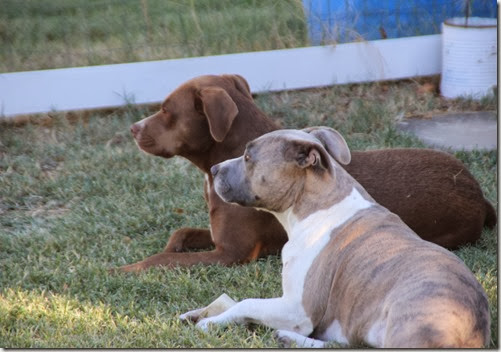 I must admit I still cringe when I see her running willy-nilly or playing a bit too rough with Porche, and she still doesn’t have her stamina back, but that will come. 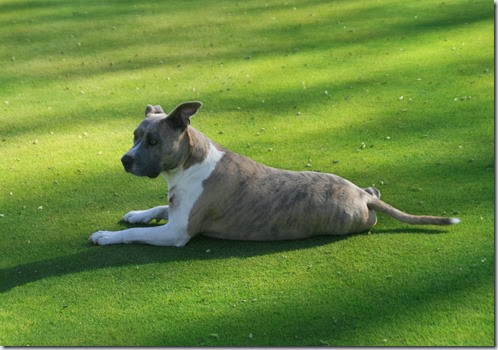 Now Mari can run and play and that one back leg will get here anywhere she wants to go. So that expensive surgery and lengthy recovery time? Truly priceless.