If you read last week’s installment, you know we traveled to Ft. Smith, Arkansas, to pay our last respects to Lucille, Bill’s dad’s second wife. She and Bill’s dad, also named Bill, married on the day of our daughter Caroline’s birth. She was always just his dad’s second wife, never my Bill’s step-mom; they only met after the marriage and never lived under the same roof as a family. But she fell right into the role of mother-in-law to me, Mamaw to our kids, and loved my Bill like he was her son. So it was important to us to say good-bye. 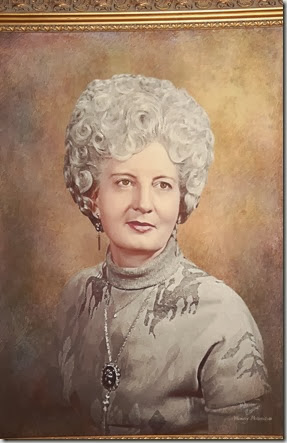 Lucille’s family: Bill, Alice, grandson Kenny, daughter Shirley, granddaughter Vicky and her husband Charles, great-granddaughters Morgan and Madison. Stories and memories were shared by the family and her preacher of her loving nature, strong opinions, firm convictions, and her faith. 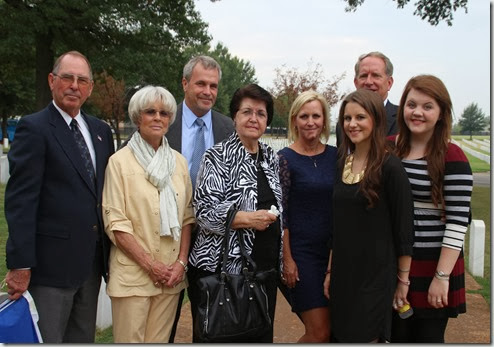 One thing I appreciated about her was her commitment to her job at Winton’s IGA Grocery Store, where she had been a cashier. I suppose to most people a grocery store cashier, or maybe they were called clerks in Lucille’s day, is considered unskilled labor, blue collar work. Well, Lucille elevated it to professional status, a noble career she perfected for 25 years. She knew her customers by name, always had a smile for them, inquired about their families, their lives, and tried to make their visit to the grocery store something to look forward to. I don’t know what Lucille’s formal education consisted of, but she was smart enough to know the value of hard work, the importance of making people feel welcome and accepted, and strived to be the best cashier she could be. Customers would wait in her line even when other lines were shorter; they may not have realized why they were drawn to her station, but that just stands as proof that she took her job seriously and worked hard to be the best cashier she could be. She never knew it, but she was my example and inspiration when talking to my students about pride in one’s work. I tried to impress upon the kids that all jobs are important and necessary in a society. All jobs have their place, all workers contribute, regardless of the education needed to perform the tasks, regardless of the income generated by that job, regardless of whether the work is labeled blue color, white collar, manual labor, or professional. I told them that it didn’t matter if they were a ditch-digger or a doctor, to be the best ditch-digger or doctor they could be, to do the task at hand with pride and dedication. The world would run more smoothly, and they would enjoy a sense of satisfaction from a job well done. Just like Lucille. 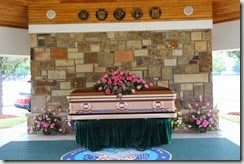 Lucille was laid to rest in the National Cemetery in Ft. Smith along with Bill’s dad, who served in WWII. 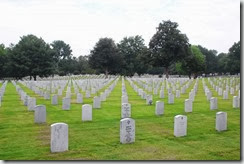 I will leave you with two typical Lucille stories. When Rev. Edward Ellis first came to Calvary Baptist, she approached him with a flurry of questions about his life and his faith and more or less told him she would be checking up on him. He said it was only recently that she allayed his fears and told him with a smile that she had decided that he was a keeper. And then there was the Sunday that someone parked in her parking space. Rev. Ellis typically helped her with her walker and getting into church. This morning when he met her, he was informed in no uncertain terms that was her spot, everybody knew it, and that he was to find the person responsible and have them move that car out of her spot. The guilty party was rounded up and the offending car was moved to a more appropriate space with lightning speed. Enjoy your new heavenly space, Lucille.