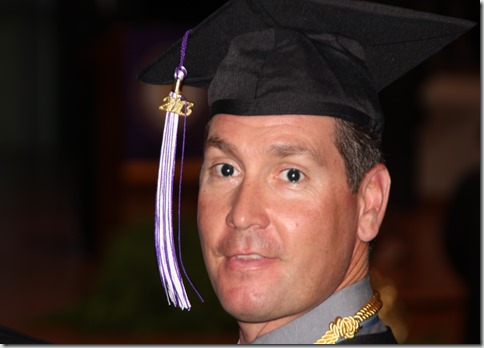 We had the pleasure on August 3rd of watching our son AJ walk across the stage at Riverbend Center in Austin  to receive his Master of Education degree from Concordia University. He earned this degree while teaching elementary physical education for the Dell Valley ISD, overseeing his Green Dude lawn care business in Kyle, and being dad and husband at home. Quite an accomplishment, I must say. 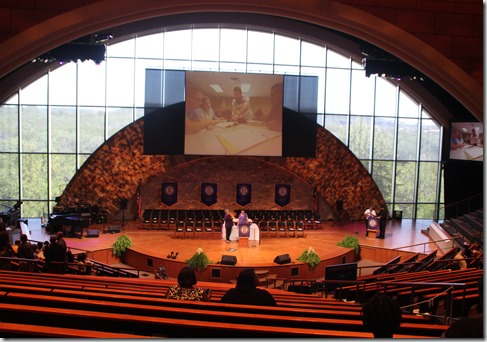 The commencement exercise was quite impressive. Held in the Riverbend Centre’s church sanctuary, it was just the right size. A little over 200 students from Concordia’s campuses in Austin, Houston, San Antonio, and Dallas received their degrees and had plenty of family and friends to cheer them on. Master of Education degrees were handed out to 147 graduates, along with other master and bachelor degree diplomas in business administration, liberal arts and sciences. Music was provided by a very nice five-piece band whose name I regret to report I failed to catch. I am not sure if they were connected to the church or Concordia, but their music provided the finishing touch to the program. They played pre-service music as well as the processional and recessional and the song of response,”Speak, O Lord.” 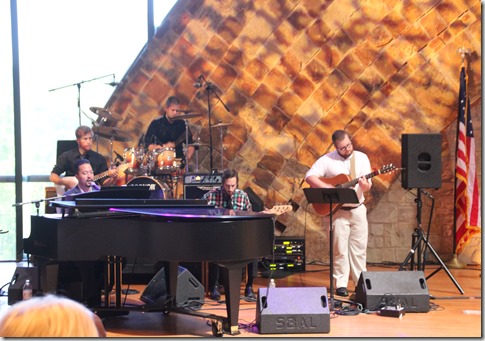 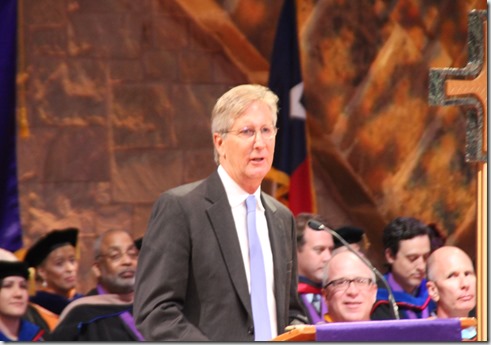 Mr. Bobby Jenkins, a Texas A&M graduate who owns ABC Home and Commercial Services in Austin, was the commencement speaker. He talked to the graduates about the importance of enjoying what they do while becoming involved in community improvement and giving back along the way, a relevant message we all needed to be reminded of.  Dr. Thomas Cedel, Concordia University president, gave a short and upbeat sending off of the graduates as he instructed them in the time-honored tradition of moving the tassel in recognition of their accomplishment. 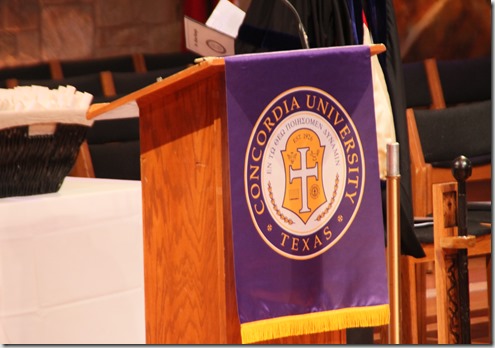 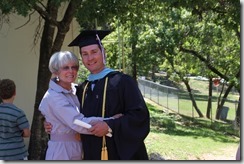 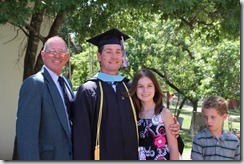 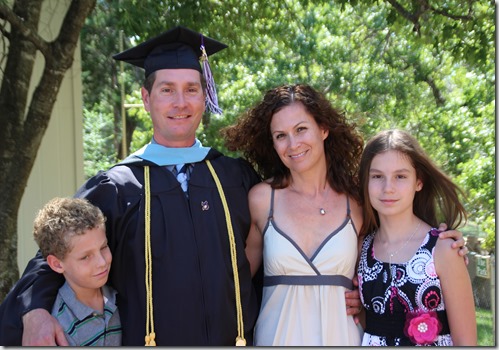 Ben, AJ, Erin, and Maya after the ceremony. We were reminded more than once that the University’s mission is to develop Christian leaders. The education received and the commencement that sent my son and the other graduates into the world are a good indication that the mission statement will most certainly be fulfilled. 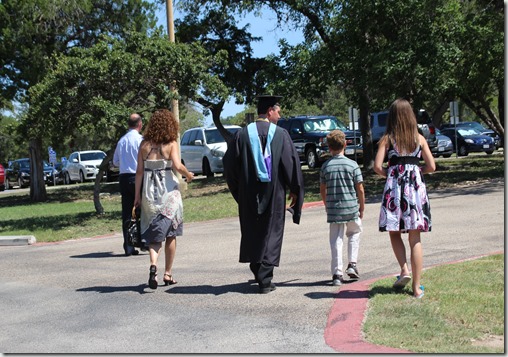 Walking into the future, which looks bright.