So is it Bass Fiddle or What?

During the closing banquet at the cactus convention I attended last week (“Cactus Convention Field Trip to Westcave Preserve,” June 27, 2013) musical entertainment was provided by Dave Madden. My table was right up front by the three-piece combo, and I was delighted to see that a bass fiddle was one of the instruments in the band and made a comment to that effect. 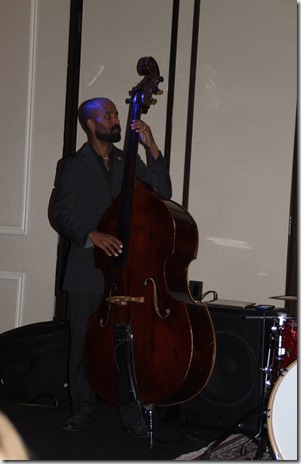 My table, which was a fun table, consisted of no other native Texan besides me. New Mexico, California, and one naturalized Texan originally from New Jersey were represented. Upon hearing my comment about the bass fiddle, a couple of my tablemates thought that was pretty funny and gave me a hard time. Well, what is it then, I asked, because all my life that is all I ever heard it called. And it made sense to me. It looks like a fiddle and it plays bass notes, so why not a bass fiddle?

An upright bass, or just bass, they smugly told me, and then smiled at each other with knowing looks. Texas-what did we expect? they were not doubt thinking, and probably lamented my lack of musical sophistication. Well, I do know it is also called a bass violin, and violins and fiddles are pretty much the same instrument, at least closely related.  I think the musician involved and musical genre being played dictates which term is used. Hah! I do know a little something.

I happen to love what a bass fiddle-oh, all right, upright bass– brings to music. The mellow notes and additional beat provide a different depth to the music that other instruments don’t contribute. And you don’t see them used much any more. Music, obviously, has changed over the years. What a shame, because they do add feeling and harmony to whatever selection is being played. They especially add to the emotions found in the blues.

So at one point I went over to the band, introduced myself to the bass player and told him how glad I was to hear and see a bass fiddle being used in the night’s music. When he heard me say bass fiddle, he shot a look at the drummer, and they both laughed as if remembering an inside story-which they did not share!  But he seemed delighted that someone noticed that he was, in fact, playing a special instrument. I requested they play some blues, which seemed to also delight them, so I asked for their version of Stormy Monday, which I had grown up hearing from Bobby “Blue” Bland, popular in the Houston area when I grew up in Rosenberg. 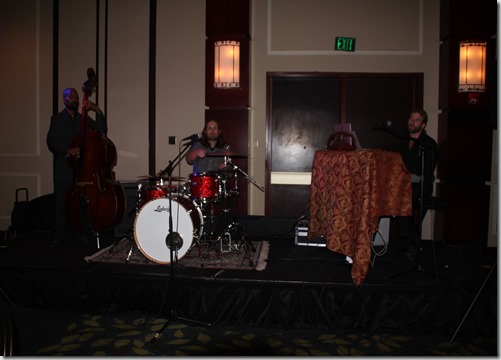 Stormy Monday was next. They did a lovely job, and I enjoyed it immensely. And the bass fiddle made it just right. The piano was quite nice as well. The drums rounded out the sound.

So call it what you will; it will always be a bass fiddle to me, and it will always be a special part of a musical ensemble playing blues or any kind of music. Perhaps you have not been aware of its sound before, and will now have something to look and listen for as you hear music, live or recorded. And if you are in the Austin area, you might even get a chance to hear music from this group,. They might even play Stormy Monday if you ask them. 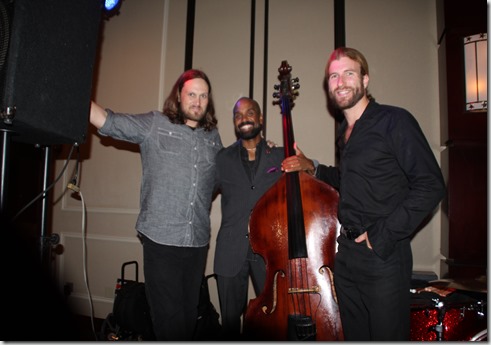 They granted me another picture. Bryan Austin is the drummer, Michael Stevens plays that beautiful bass fiddle/upright base, and Dave Madden, the boss, is on the piano. Check them out at www.davemaddenmusic.com .

Thanks, Bryan, Michael, and Dave for sharing “Stormy Monday” with me..