And Now, The Last Hurrah Pomp and circumstance. Pride and commitment. All were on display at Muleshoe High School commencement exercises May 31st. The speeches were made; the diplomas were awarded; the caps were thrown. What a night! 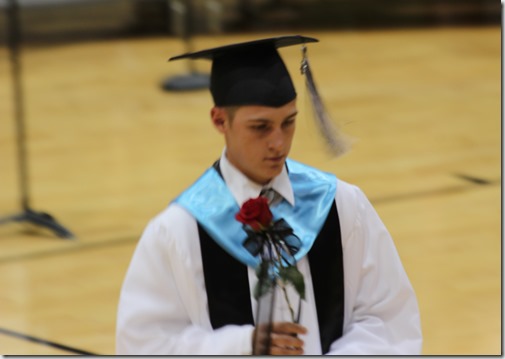 I don’t know what graduation is like at big schools. My experience has always been with 3 and 2 A-sized high schools, and they go something like this: Much of the formality is the same everywhere-processional; invocation; the pledges of allegiance to the American flag and the Texas flag followed by the national anthem; the superintendent’s welcome; one last performance with the choir and band for senior members; a graduation address from a speaker chosen by the seniors, this year geography teacher Jim Daniel; speeches from the salutatorian and valedictorian, Sarah Whitworth and Sheridan White respectively; official certification of the graduates by principal Steve Myatt; the announcing of graduates and their scholarships by teacher John Gulley as the diplomas are presented by the MISD Board of Trustees. 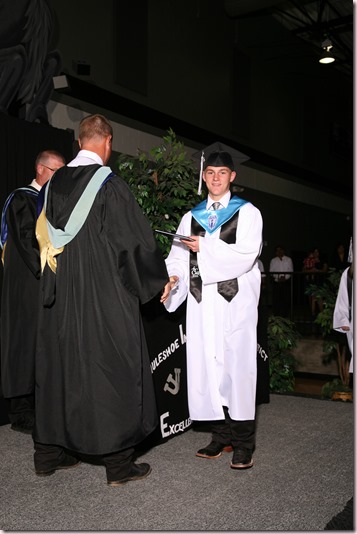 (Photo above, courtesy of Adrian Photography.) 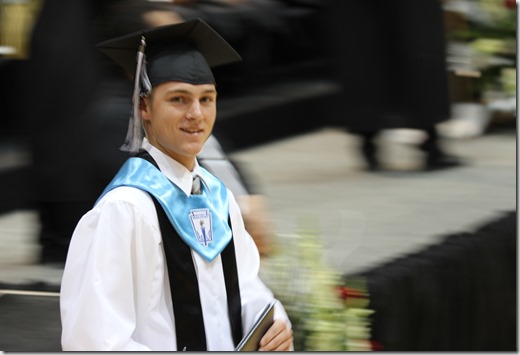 At this point, the program may digress from larger schools because it becomes more up close and personal, which you can do with 83 graduates as opposed to two or three hundred or whatever. As the class song, “”Long Live,” by Taylor Swift,  was played over the PA system, the kids made their way into the stands to present a rose, the class-chosen flower, to their moms, dads, whomever they chose to honor, along with hugs, tears, and congratulations. They then make their way back to their seats for the final remarks, school song, and the time-honored tossing of caps in the air. 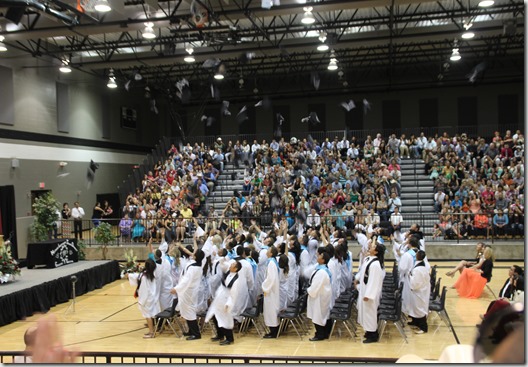 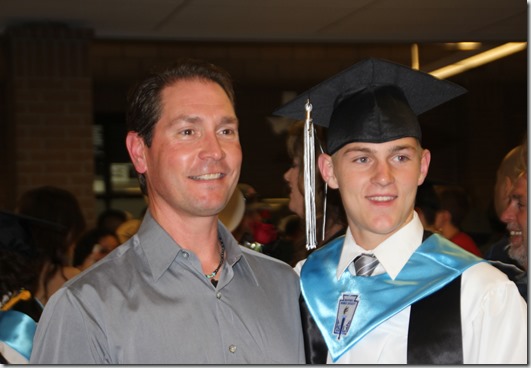 Colten’s Uncle AJ and family made the trip down for his special day. Afterwards, graduates floated around gathering congratulatory well wishes before changing into play clothes and heading to Lubbock for the Project Graduation party at Body Works, where, after eating pizza, chicken nuggets, fruit and cookies, they had the options of playing basketball, laser tag, walking a ropes course, watching a movie, or wearing themselves out jumping on trampolines and bombarding each other playing trampoline dodge ball. When we left around 1:45, the bus was eerily but predictably quiet. 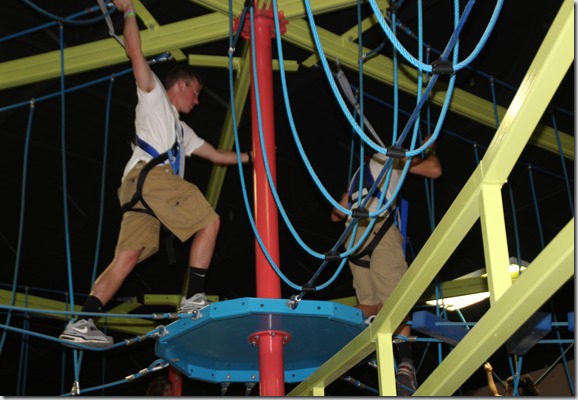 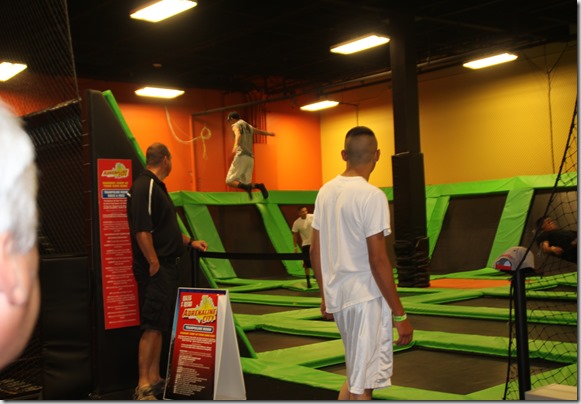 At 2:45 a.m. when we passed the city limit sign, almost on cue they magically came back to life, albeit quietly. As the school buses that they would ride for the last time rolled into the school parking lot, they gathered up their stuff and trotted off to their cars and the beginning of their new next big adventures. 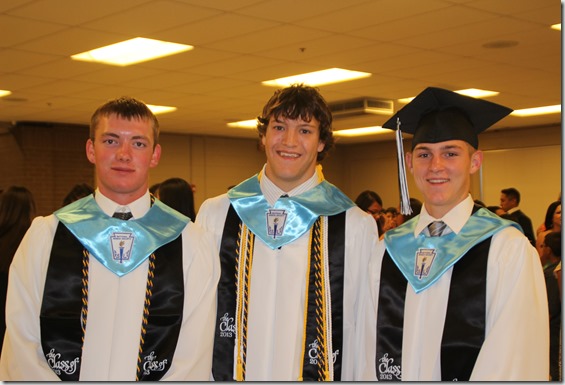