The Marathon That Is An Athletic Banquet 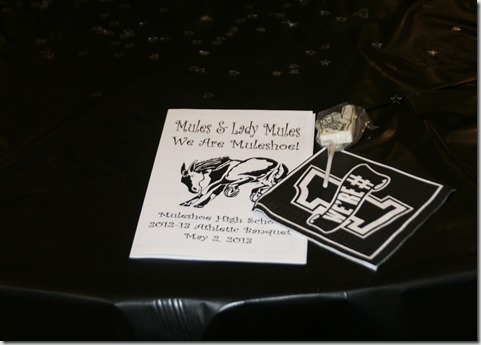 Muleshoe High School held its annual athletic banquet May 2. We, of course, went as grandparents of one of the athletes, but also to support and recognize all the kids who participated in sports this past school year. And that is a bus load of kids! I don’t know how big schools do it, but small towns don’t want to leave anyone out, so sports banquets are not for the faint of heart. 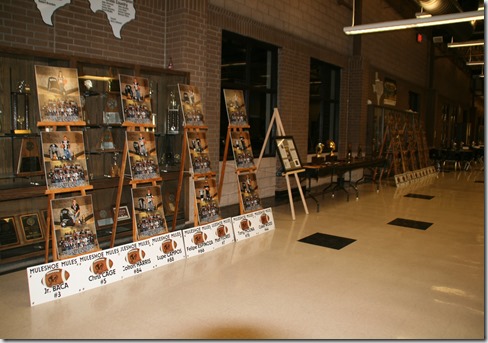 Trophies and senior posters were set up for viewing as people came in for the meal. 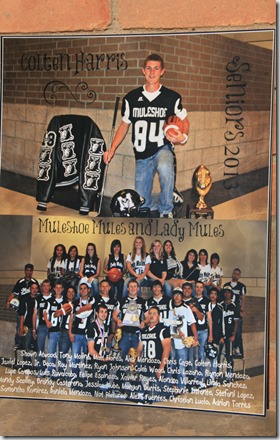 Ours starts with a catered meal, which is also a fundraiser for the booster club. The athletes get their complimentary plates first, and then the rest of us go through the line. After the meal, everyone moved from the high school’s commons/cafeteria area to the auditorium for the Senior Spotlight and the athletic awards. 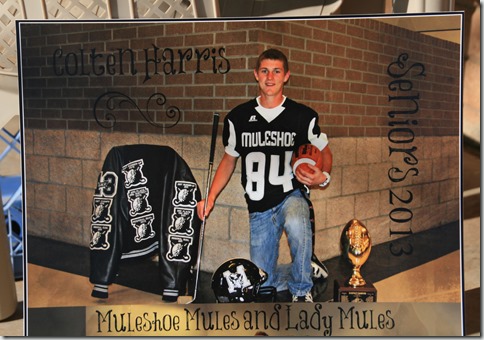 I went to the banquet prepared to take pictures since Colten would be in the senior spotlight and was up for the golf MVP award, but alas, for some reason forgot my little notebook for taking notes.Then tonight when I unfolded my scribbled-upon program, I was dismayed to find it an unusable mess. So for a complete look at all the winners, I refer you to www.gillambadvertising.com , the May 9th and May 16th editions of the Muleshoe Journal, or www.muleshoesportsnetwork.com . 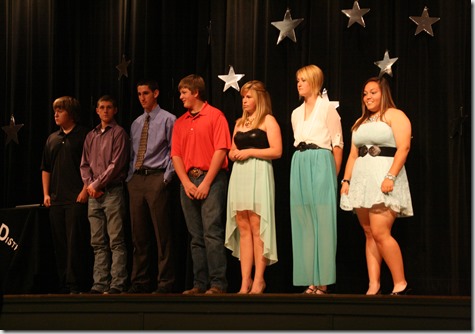 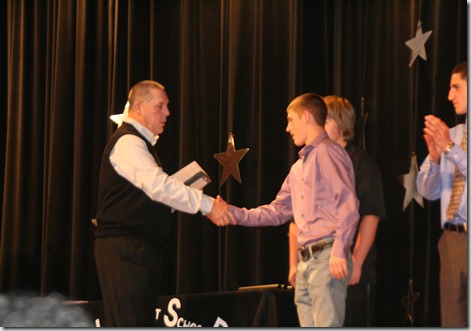 But I can tell you that Colten Harris was named golf’s MVP for the second year! Colten also has the distinction of qualifying for regionals all four years of his high school career. But if you follow the blog, you already knew that. Grandmothers, however, reserve the right to bring it up again… 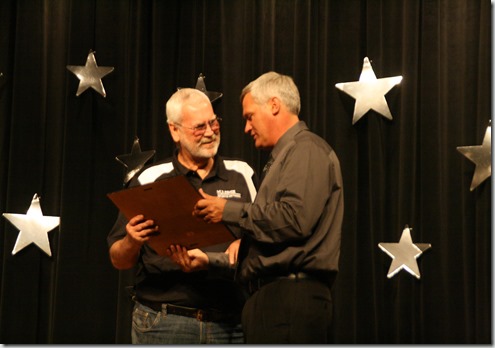 Delton Wilhite and Coach David Wood. I can also tell you that the first award presented was the Legends Award, an award that goes back to 1999 when it was first presented to Bill Taylor and George Washington-Coach Washington, not President Washington (see “Coach Washington 1925-2010,” February 3. 2010)- in honor of their unconditional loyalty and encouragement of all Muleshoe athletes. This year the award honored Delton Wilhite, who makes all Muleshoe athletic events, reporting on them for the newspaper and the Muleshoe Sports Network, and wouldn’t do it if he didn’t enjoy what he was doing. 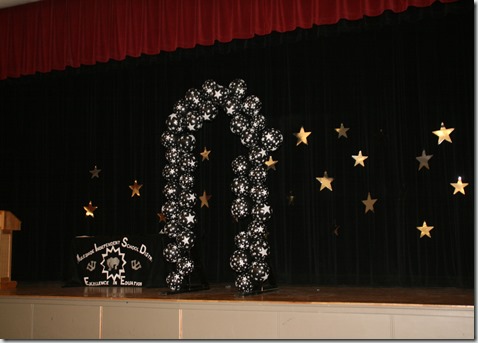 Something else Muleshoe does, other schools may do also, is have what’s called Senior Spotlight which lets the audience get to know a little bit about the the activities and aspirations of the seniors. Some of the things the audience learns about the seniors include his or her parents, extra-curricular activities, sports involvement and honors, plans for their future, and favorite sports memory. 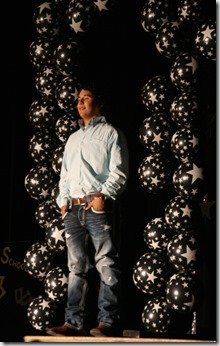 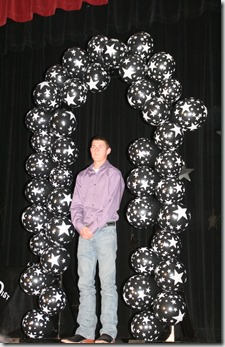 Some of the kids relish the spotlight, like Jaxiel Lopez; others, like Colten, are just glad when it’s over. 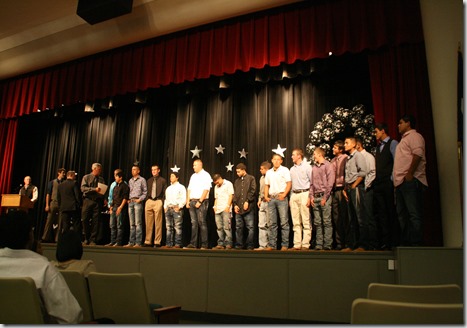 The 2012-13 Bi-District champion football team. The whole thing started at 6 p.m. and I think we walked out a little after 9. Some years it lasted till 10 p.m. But if you are looking for something to do in the spring, like sports, and don’t want to cook, consider buying a ticket and going. Teenagers are fun to watch, and they have achieved some impressive feats. Test your endurance and learn about the movers and shakers on the teams. 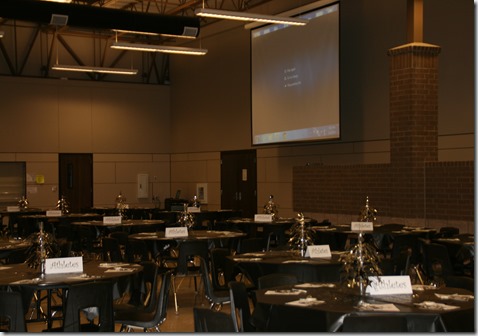 Everyone should experience at least one of these evenings. You’ve heard that what doesn’t kill you makes you stronger? Well, here’s your chance to test the theory. You might be pleasantly surprised. 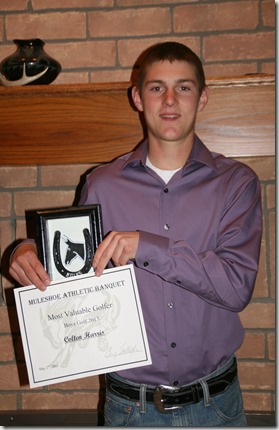