Regionals for the Last Time 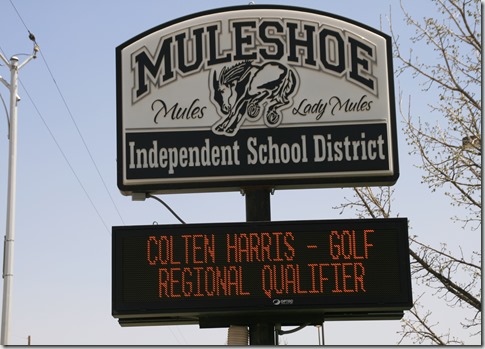 Colten ended his high school golf career last week with his fourth trip to the regional golf tournament in Odessa. He was the only Muleshoe Mule to qualify this year and was the only senior on the team, and he represented Muleshoe well. 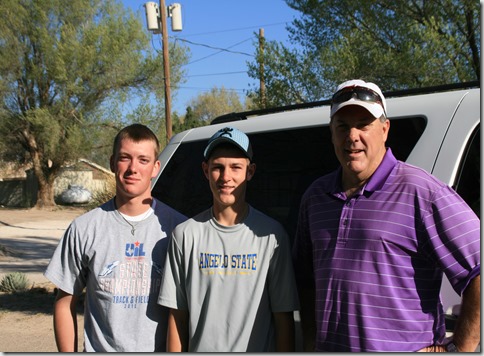 Since the team wasn’t going, Colten was allowed to take a friend along, and he chose Chris Cage. Coach Sudduth picked them up Tuesday morning at our house, and they were on their way. Colten would get a practice round that afternoon and the meet would started the next day. Golf should not be a spring sport in West Texas. Between the expected but worse than normal  high spring winds, late cold fronts, and this year’s abundance of sand and dirt due to the drought, the golf meets this year have bordered on cruel and unusual punishment. The first one to be held in Friona was even cancelled due to blizzard conditions! And things didn’t improve much as the season wore on. 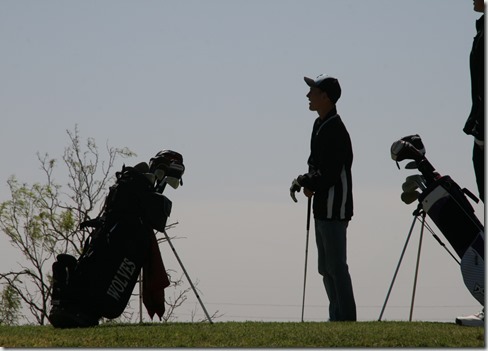 The regional tournament was held April 17-18 at Ratliff Ranch Links in Odessa, and conditions were “bru tal” as I once heard the TV announcers lament one time during the British Open on what they thought was a windy and cold day. Ha! Give ‘em a taste of West Texas weather if they want brutal. 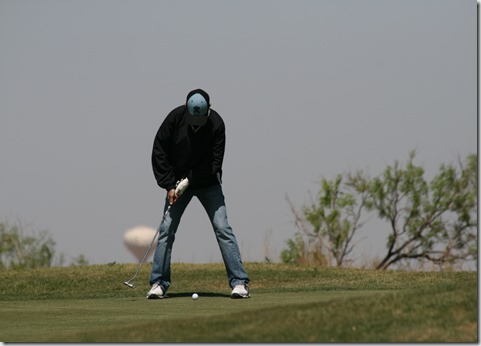 But I digress. The weather was most unpleasant the first day, and not much better the second. None of the scores were as good as they might have been on a Chamber of Commerce day. Colten, alas, did not fare as well as he would have liked, either. He never gave up, though, and didn’t let his bad holes keep him from trying to regain control over the game. Heck, even Tiger Woods has some of those days. Even on good weather days. 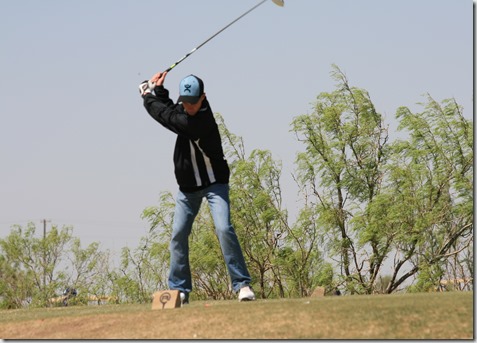 Note the wind in the trees. Yes, the sun was shining, but it was still cold. 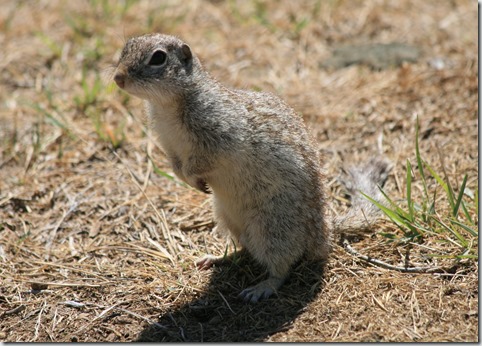 This fan watched from the rough. Golf links in West Texas are a tad different to big city courses, like say, the Atlanta National Golf Club in Georgia… Cold and windy; he started off well and then had a few bad holes. We came for the second day. Cold and windy again, missed some key shots again, but kept his composure and finished like a sportsman. No thrown clubs, no giving up. And in golf, sometimes that is about all you can do. 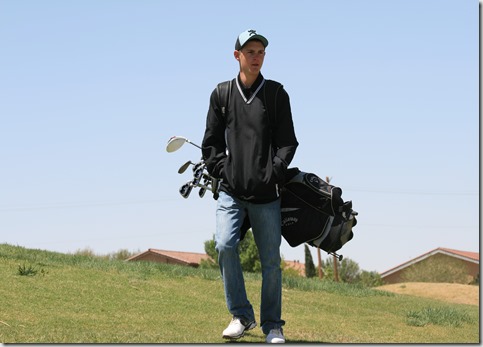 Of course he was disappointed that he didn’t do better, but pleased to have been competing, nonetheless. Qualifying for regional golf for four years in a row is no small feat. His days of playing for the Mules may be over, but he has learned a game he can enjoy the rest of his life 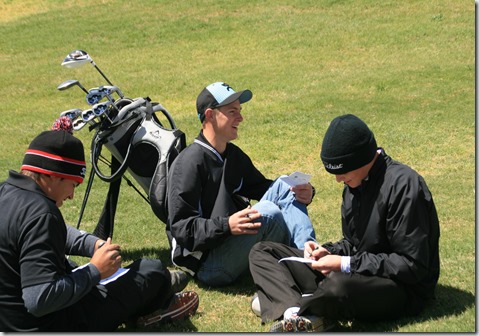 Not a bad deal, I must say. Good job, Colten. We’re proud of you.