We Awakened to a White Christmas! 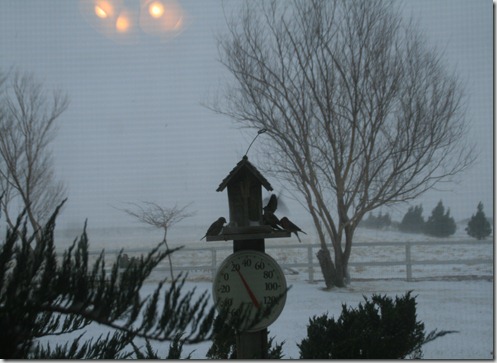 When we went to bed on Christmas Eve, the world was brown and plain; when we woke up on Christmas morning, the world was white and magical. It was also cold as gee-whiz golly, so I chose not to brave the wind and cold to hunt for magical snow pictures. So instead of beautiful snow scenes, I offer pictures of our Christmas activities…and perhaps a few shots of the snow. 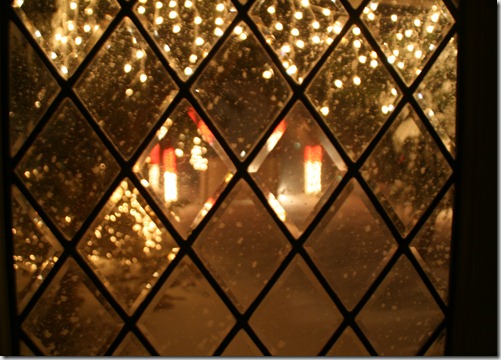 Looking through the front door to the outside lights in the snow. 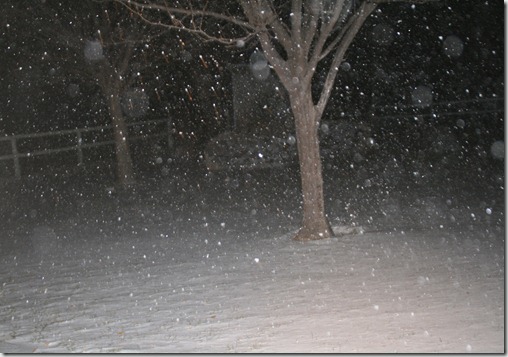 Looking out the back door at the snow. 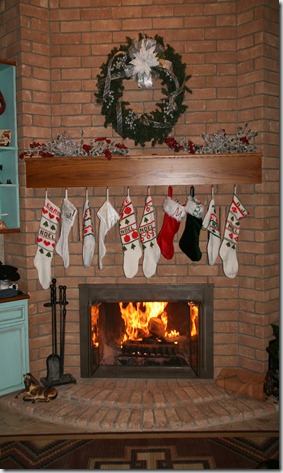 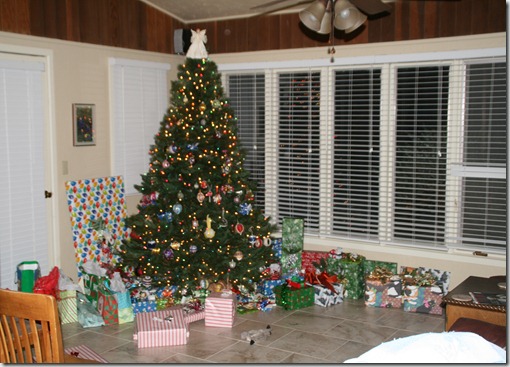 The tree and presents before the assault on the packages. 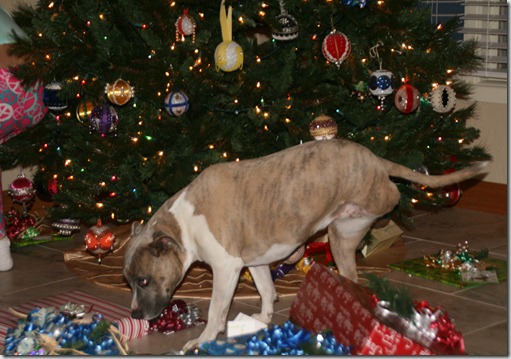 Mari checks out the aftermath of the gift-opening. 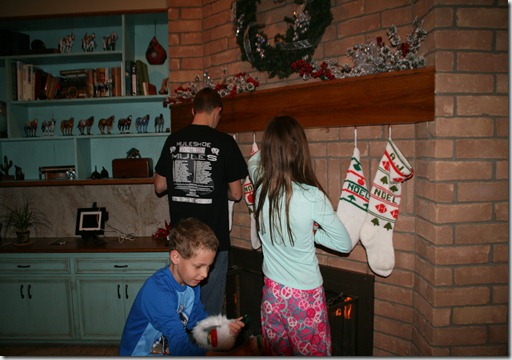 The stockings are emptied. 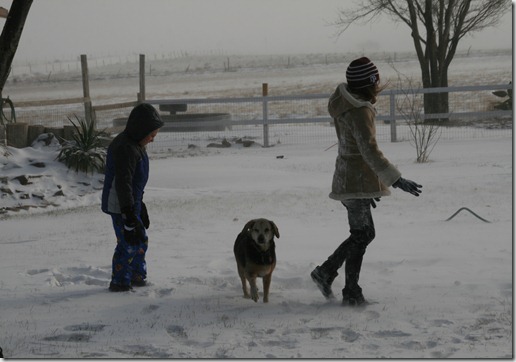 Ben, Maya, and their dog Harper play in the snow. 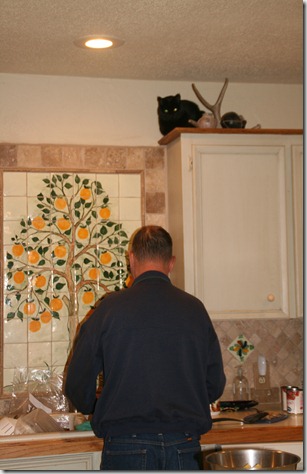 Peaches wasn’t sure about the strange dog-Harper-and extra people in her house, so she took refuge up high so she could survey the situation. 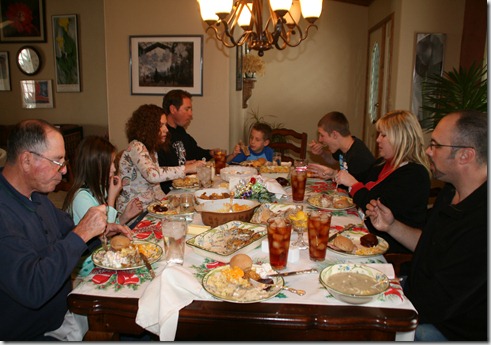 Bill, Maya, Erin, AJ, Ben, Colten, Caroline, and Neil chowed down on Christmas dinner. I’m not in the picture, but my plate of food is! 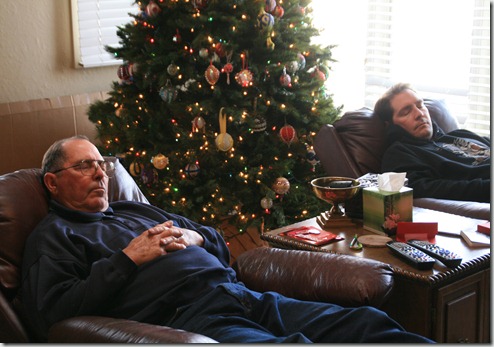 And after dinner, AJ’s disease- you know the one; after his tummy is full, his eyes close- hit him and his dad. 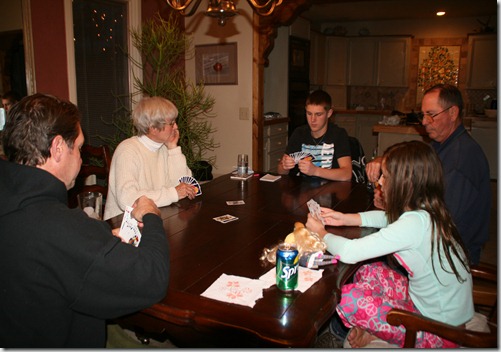 We ended the evening with the card game of Wizard, which brought out the vicious competitor in all of us. Maya was the big winner-twice. 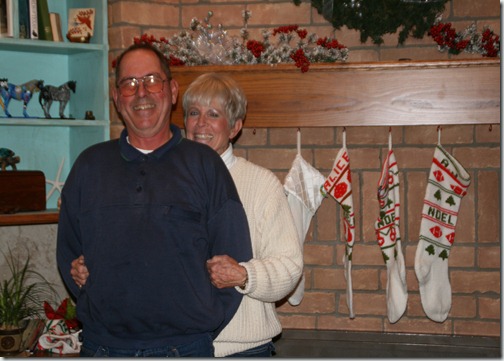 I think everyone had a good time, but I know Bill and I did. 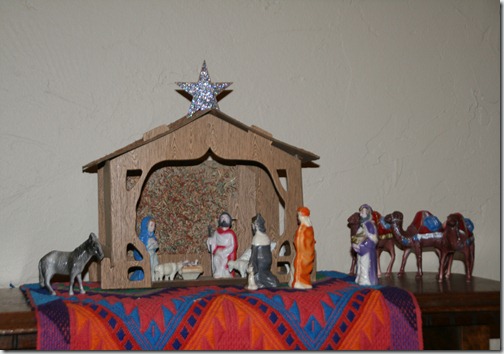 My almost antique nativity set, bought by me at Boring’s Variety Store in Rosenberg when I was about seven years old, and which has been displayed every Christmas since. To paraphrase Tiny Tim, God did indeed bless us all.